In the Mix: Fickle Friends

Indie-Pop band, Fickle Friends, chat about their "hell of a ride", forthcoming album, 'Are We Gonna Be Alright?' and create an exclusive mix for Notion.

Brighton-based quartet, Fickle Friends, are back and they’re arguably better than ever.

Their successful 2018 debut record, ‘You Are Someone Else’, cemented Fickle Friends in a bubblegum indie-pop soundscape, but after after Covid disrupted plans for their second record, the band ended up releasing ‘Weird Years’ as two EPs instead. On their upcoming second album, ‘Are We Gonna Be Alright?’, the group finally had the chance to really sit with their music and play around with sound and return to their DIY roots, allowing themselves to “have more grit” – and it undoubtedly shines through.

Now emerging from the darkness of lockdown, the band are raring to go with their brand new music ahead of dropping their sophomore LP in January. They’ve also locked in a UK headline tour the same month, bringing their bops to a city near you.

Speaking on the new single, Natti said: “We spent the last year feeling a little lost. It was like being in limbo, constantly waiting for something to change. This song is a bit of an ARGHHH moment in what was a truly confusing time for us as a band. I remember thinking how endless it felt. Making this record gave us purpose but we had no idea if anyone would still care
at the end of it all. With that in mind we kinda thought, what the fuck, let’s just go crazy and explore the heavier side of our music. I think it’s like the musical equivalent of hitting a punch bag to release your frustrations!”

Notion caught up with the band to hear about how their music has evolved over time, finding more freedom and why this next album is particularly special to them. Plus, hear their exclusive mix too! 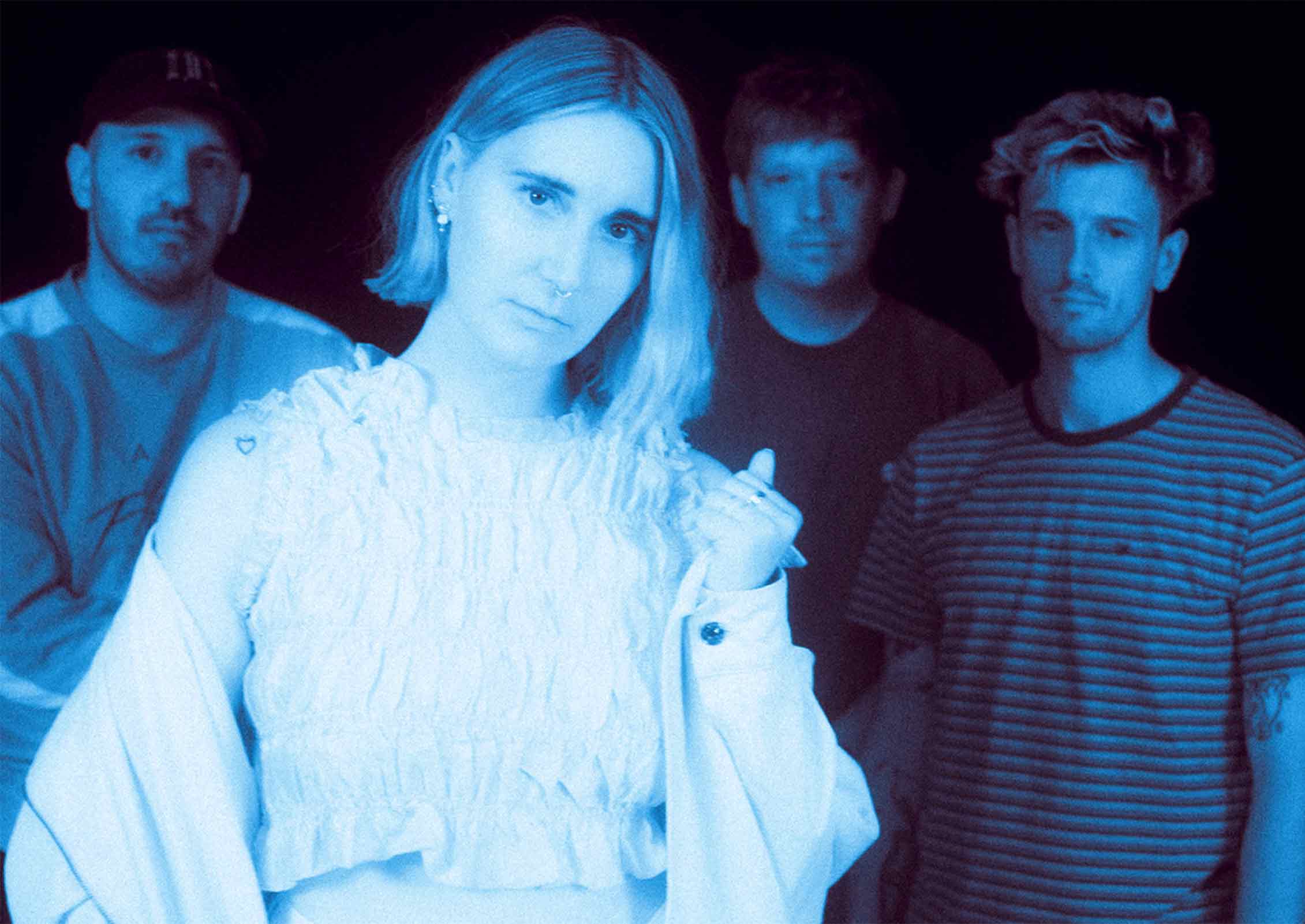 It’s been 7 years since you started releasing music. How do you reflect on your journey? Is there anything you would like to have changed or have you loved every moment?

It’s been a hell of a ride so far. It’s kinda nice looking back to the beginning where we really hustled it. I remember feeling so humiliated, loading our gear out of the roof box of our drummer’s parents Ford Galaxy as fans queued up to meet Saint Raymond outside his Sleeper bus. But now we tell it as a funny anecdote from our proper DIY years, and I’m proud of how we did it all! If anything I would have told myself to enjoy every second as it wouldn’t come around again. Especially some of the more wild situations, like sitting with Patrick Stump from Fall Out Boy…and instead of writing a song (as we were supposed to) listening to him do all the accents of America. We have made a lot of mistakes along the way and it’s easy to think…what might have happened “IF”… but we really do believe everything happens for a reason and you know, if we were supposed to be living in a house in the hills right now we would be ha! (Never say never).

How do you feel your music has grown over this time?

I think the more we have been able to produce the music fully ourselves it’s allowed us more freedom. We were quite regimented in our “indie-pop” genre on album 1. Even the more “out there” songs were still in keeping with the rest. Whereas now we don’t really set any rules with writing and producing music. This is why AWGBA is so special. It’s truly ours. I’ve never really been able to pinpoint what our music is, to be honest, I just know what’s important to us when we make it. It’s the big pop melodies, the quirky relatable lyrics, interesting production that spans so many genres. More than anything we like to make music that will stand up on a festival stage and make people stop in their tracks and give us a chance.

You’re gearing up to release your second album, ‘Are We Gonna Be Alright?’ on 14th January. What can we expect from the record?

Ah, this record is so special. It’s weird right because we took 2019 off to write an album. And we kinda did. And then covid happened. And we released that album as 2 EPs (Weird Years). And then we went and wrote a whole other album…ish…and that is AWGBA. If anything it’s meant we really could pick. Our very favourite songs from the (pretty hefty) list of demos we had going. We collaborated a lot more on this album, we hit a wall at one point and were like…I feel like we have written everything we can just as us for now…let’s get some new ideas in the mix! On this album, there’s moments of indie pop bliss (our bread and butter), but I feel like we have allowed ourselves to have more grit. The emotional whirlwind that was the last two years shines through, and songs like “Not Okay” and “Won’t Hurt Myself” are probably some of the most honest and raw songs we have ever written. (Also some of the most EMO! Ha)

If you could choose any of your tracks from your catalogue, which would be your favourite and why?

I think “Not Okay” is definitely a favourite. It just hits different. I went through a really hard break-up during lockdown and it killed me to do it. But I had to have an honest conversation with myself and realise, wow, I’m really not okay and this isn’t right. It was also one of the first new ones we added to our live set and man it went down a STORM at the festivals this summer. The second favourite is the title track “Are We Gonna Be Alright?”…this was a collaboration right at the end of finishing the record. It was the last song we wrote at the end of a camp we organised, and it just felt like the final touch to the album. We didn’t even write the song for us. But we were like, yeh this feels right, and finished the track off literally the next day and quickly switched it in for another song. And yeh…then we had an album title too. It’s very “our style” to do things last minute.

Which of your tracks are the band’s favourite to perform live?

“Swim” and “Glue” are such staples they are always fun to play live. Especially because we can really switch off and enjoy them. But as I said earlier, “Not Okay” is just a whole new level of fun to play. It just has this bounce to it!

What vibe were you hoping to create with your exclusive Notion mix?

We basically wanted to give you the Fickle Friends experience. A mix of our favourite songs. The songs that we play to death. The songs that have inspired us. And a few FF remixes thrown in for good measure 😉 Basically, we wanna make your hips move okay.

What is the ideal listening experience for your mix?

Option 1: HOUSE PARTY. You need somewhere you can dance.

Option 2: This also works if you put your headphones on in the comfort of your bedroom and forget the world for an hour. Escape and enjoy.

Option 3: (and my personal suggestion) fly to New York, imagine you are in a Rom-Com and you are in a taxi on your way to tell the person you love that you…you know…love them. The traffic is bumper to bumper. You get out of the taxi, you’re slow-motion running the 20 blocks it takes, you make it JUST in time. EPIC KISS. The end credits roll. Our mix is that soundtrack 🙂