Pop prodigy Thomas Headon shares his musical firsts with Notion, from songs about guitars to crying on his manager’s shoulder.

Only 21, Thomas Headon has already made himself a staple on the indie-pop circuit. Beloved by everyone from BBC Radio 1’s Clara Amfo to Triple J who dubbed him a “seriously impressive force in pop music”, Headon is here to stay.

Born in London and raised in Melbourne, Headon returned to the UK capital just as the pandemic waded in. Building communities online, by now the artist has hooked a cult following who look to his music to voice very Gen-Z concerns. His live session on Jack Saunders’ BBC Radio 1 show went down a storm, while Headon is among the first artists to curate Spotify’s Our Generation playlist. Truly making it alone, his DIY debut EP ‘The Greatest Hits’ ramped up 27 million streams, with a second, ‘The Goodbye EP’, winning even more fans.

The young artist has already hit up Reading and Leeds Festival this year, while November will see Headon embark on his headline tour, including two sold out shows at iconic venue Heaven. Next year he joins Sigrid as a support act on her tour. Most recently, he dropped the single “Nobody Has To Know”, another cheeky, honest tune which is sure to be a hit.

Notion caught up with Headon on his musical firsts, from going to gigs with his sister to seeing Elton John live at age 11. 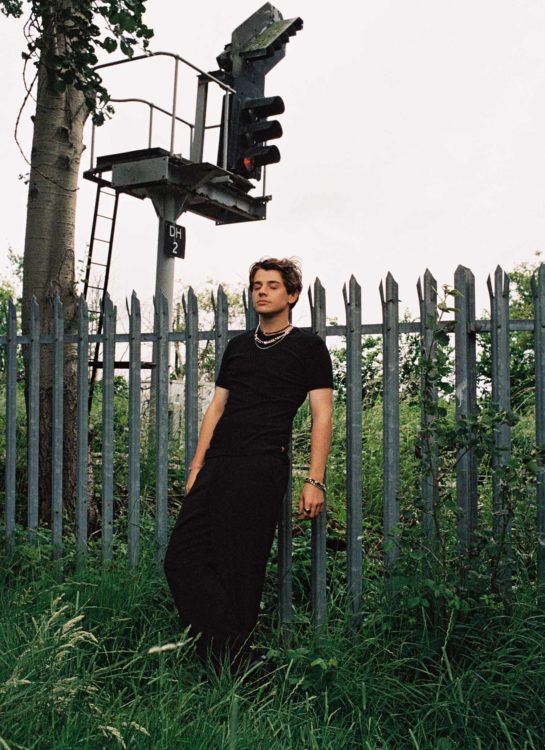 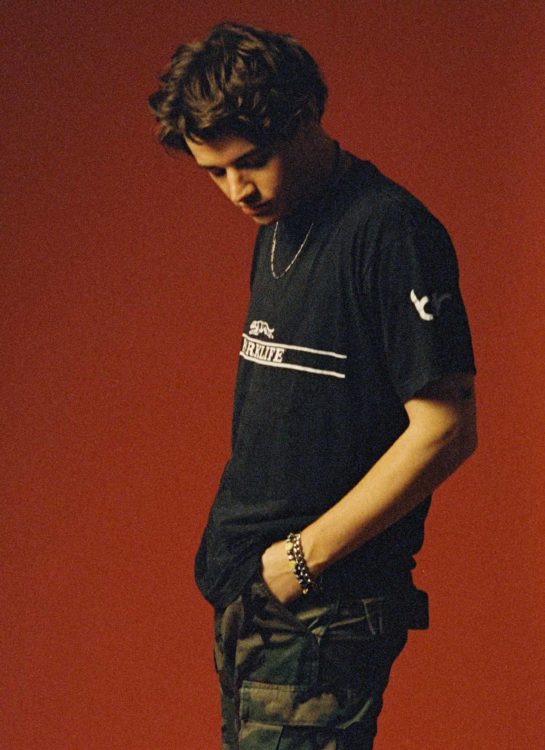 I wrote some dumb song about my first guitar called “Six” because it had six strings. Now I look back it was really weird actually – it was like I was in love with it. Strange man. I don’t think I have the recording of it anymore but even if I did there is absolutely no chance I’m ever showing anyone. Nope.

It was a song called “Grace”, still one of my favourites. When it came out it made the ‘New Music Friday UK’ playlist and I cried in a bar onto my manager’s shoulder at midnight. Quite the night. Even though my music’s changed a bit I’m really happy and thankful for what that song’s done for me still. Thanks Grace.

I think I went and bought the Coldplay ‘Live 2012’ CD. Great choice… but now I look back that was such a waste of money considering literally everything was digital at the time. I think I just wanted to be cool and have a CD collection like my mum… she has a bunch of Michael Bublé and ABBA CDs. I’m yet to add any more to my collection since the Coldplay disc.

First time you realised you wanted to be a artist?

I always liked performing (I used to want to be an actor), but my sister used to bring me to 100-capacity gigs of artists and bands all the time, then two years later we’d see the same artists in an arena with around 12,000 people. I think in that time I realised things like that are entirely possible and attainable. I started writing at around 13-14, so probably then.

I don’t even remember. I think mum took me to see Elton John when I was like 11. Then Olly Murs? I don’t know. Clearly, it wasn’t very significant to me. I went to a lot of shows with my sister though, when I’m back home we always go to things together. I never went to a festival though. The first festival I played was Reading and Leeds and that was also the first festival I’ve been to!

I don’t really know if I had “dreams” but the expectation that I wanted to meet for my first song was more than 1,000 streams and eventually an add to a Spotify playlist. I think it’s now on 6 million streams and got added to ‘New Music Friday’. Kind of wild. Lame but I’m sure 12-year-old Thomas would think what I’m doing now is pretty cool.

Mum tried to make me learn piano when I was like 7 and I fucking hated it because my teacher was some old crazy lady. Because of that though mum had a keyboard in the house… That was fun – it had drum sounds on it. I still use it when I’m home.

Jesus ok this got deep! I think the first time I experienced what literally everyone goes through and my numbers started to dip up and down more than usual. I was very lucky in the way I started my career, and then the moment it started to flatten out I just had a massive panic! I didn’t give up by the way – I’m still here going strong for now.

I met a certain member of One Direction at a party thing. Yep. That’s all. Fucking insane.

I don’t think this has happened to me yet? I once stumbled upon a ‘TikTok compilation’ video on YouTube that had one of me singing in it – that was weird. But I don’t think I’ve heard my song out in public yet? I hope I’m like in an Uber and can tell the driver it’s me on the radio though. 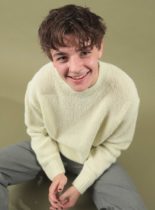 20-year-old, Melbourne-raised producer, singer-songwriter Thomas Headon may only be a year into his musical career, but he has already proven that he is an artist to keep an eye on.