Having spent a decade under the spotlight touring and performing with Crystal Fighters, Eleanor K needed a period of introspection and a return to a more grounded routine to allow for her creativity to be recalibrated.

With her debut album Everytime’s the Last Time due to be released in 2022, Eleanor K has begun to tease the album’s narrative through her two previous singles “The Panic’s Over” and “All In.” Both functioning as chapters in the wider redemption arc of the project, Eleanor K builds on the story with her single “Cry in Givenchy”, a track chronicling a relationship in a series of flashbacks. Written and produced by Eleanor K alone, “Cry in Givenchy” leans into a chic neo-soul soundscape, carried by the artist’s sophisticated vocals.

Ahead of the release of her debut album, Eleanor K lets Notion in on her musical firsts – from feeling starstruck at meeting Snoop Dogg to her first gig at one years old. 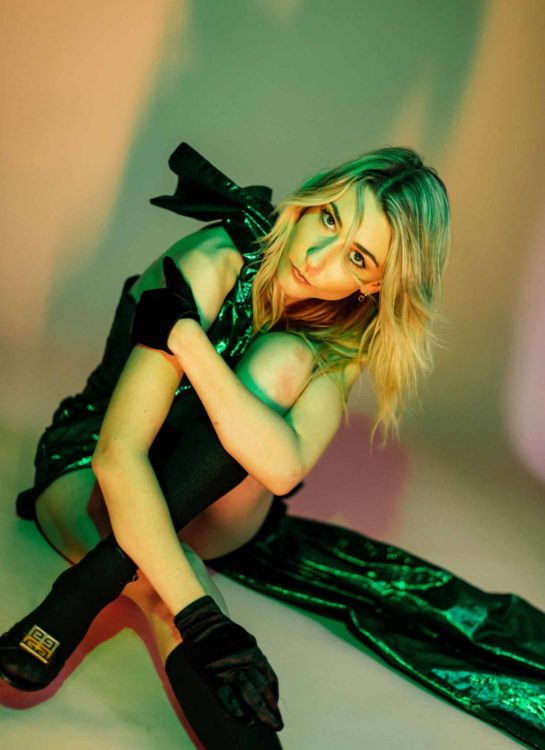 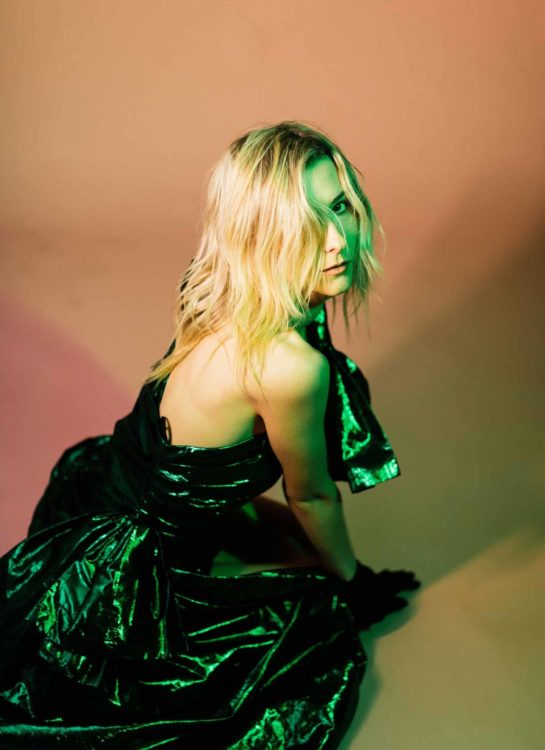 I was 6 years old and it was called, ‘Accidents in the Playground’. Forever the optimist.
I believe it featured a girl named Jenny and how she didn’t quite have the luck she was desiring in the depths of the breaktime adventures. I recorded it on my two track tape machine. It was my finest work.

It was called ‘One’ under the artist name ‘KYIKI’. That was back in 2014 and it was the song that took me to LA to work with Alex Da Kid which was unbelievably exciting for me. I worked with a great guy named Fillippo Ciamatti on the song and remember it well as I was terrified to put something out as a solo artist but I was lucky enough to have really supportive friends, family and people willing to listen to it and take me seriously as someone outside of ‘Crystal Fighters’. It ended up being a really positive experience and what has driven me to continue on as a solo artist.

I was brought up on the Beatles by my parents, so I’m going to lead with that and follow it up with the perhaps less poetic answer of ‘Baby One More Time’ by Britney Spears which I played on repeat for about 6 months while learning the dance routine and performing it to various members of the family with my best friend Sarah Taylor.

First time you realised you wanted to be a artist?

I think alarmingly, I have wanted that since about the age of 7. I was absolutely adamant. I wrote a letter to ‘Jive Records’ in Orange felt tip pen asking if they wouldn’t mind providing me with a record deal despite my fairly off-putting age of 7, counter balancing it with the fact I looked old for my age.

The first gig I went to was Paul McCartney, I don’t think I had much say in that though as I was about 1.
The first festival I ever went to was Leeds Festival. Muse and Arctic Monkey’s were playing and I was so incredibly enamoured by the entire experience, I somehow managed to sneak into the ever enticing, ‘VIP’ area and survived solely on WKD’s and Hotdogs.

I think the never ending cycle of simultaneously feeling both absolutely capable and not capable at all is something that continues throughout any person in their career and that is not something I am immune to.  Getting into the music Industry initially was a challenge. I didn’t live in an area that particularly served that and ended up moving to London at 14 without my parents to try and attack the world of Music in the best way I could. I didn’t get my first break until 2010 when I did my first show with, ‘Crystal Fighters’ which was the catalyst for opportunities to come.

I was incredibly lucky to grow up amongst a collection of instruments. My Grandpa made a ‘Narnia’ in his house, where you would walk through the wardrobe and on the other side of said wardrobe was every instrument under the sun. Although not officially ‘mine’ I had free rein on all of them to play around with and potentially break. I was always drawn to string instruments and I believe my first official instrument was my violin.

That didn’t really hit me until a few years ago when I felt a little hopeless, I had never really had that issue leading up to then, but I think my mental health wasn’t at it’s finest and I felt admittedly a little defeated. But I have had a rule for myself since I was a child which is, ignore that voice. Totally and fully. Even if it sounds rational at the time and everything is pointing to it. Ignore and continue. You give up, you choose the outcome. You keep going, you always invite opportunity.

We (Crystal Fighters) supported Snoop Dogg once and when I met him I didn’t really know what to do with myself. I think I went in for a handshake, he went in for a hug, I panicked and told him repeatedly how much I approved of him changing his name to Snoop Lion, despite the controversy, offered him a packet of crisps and ran off. I think I made a notable impression.

Playing Jools Holland with ‘Crystal Fighters’ was a memory that will forever be held dear to me. It was live and my first TV performance on a show I had grown up with. It all happened rather suddenly and I didn’t really know what to do with myself. There is that and also the time I sky dove out of a plane twice in a row. Both of which I felt no adrenaline for until hours later while I was driving home. That was an intense journey back.