Slovakian artist Karin Ann walks Notion through her musical firsts following the release of her single "you make me miserable."

After a summer of a lifetime touring with Imagine Dragons, YUNGBLUD and My Chemical Romance, Karin Ann is back with her latest single “you make me miserable”. For the music video, a grainy handheld camcorder captures the rising star backstage, performing and interacting with fans. Speaking on the video Karin Ann explains: “I didn’t really want to do a narrative music video with this song. It’s very upbeat and fun and I wanted the video to have the same energy. I love the people that support me and this is a little bit of a tribute to them because there are some great moments captured in the video.” The video gives fans an intimate snapshot of the Karin Ann’s whirlwind life, bursting with that throwback y2k aesthetic we’ve all come to love.

After bagging a number of accolades following her debut in 2021, including Best Music Video at the Munich Music Awards and Discovery of the Year at the Zebrik awards, the Slovakian artist is swiftly making a name for herself across Europe. Karin Ann is also an avid advocate of LGBTQ+ and minority rights which she laces into her musical material, exploring issues of gender equality, mental health and toxicity.

To celebrate the release of “you make me miserable”, Karin Ann chats with Notion to reveal her musical firsts, from the first song she ever wrote to the first time she felt starstruck. 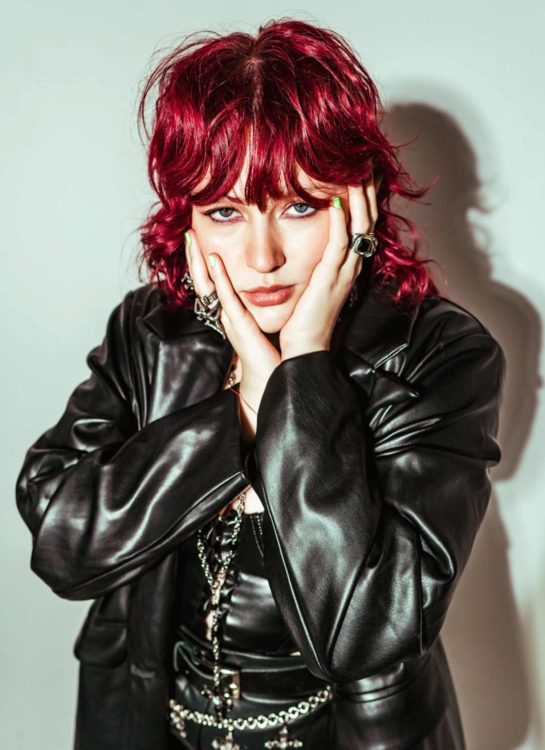 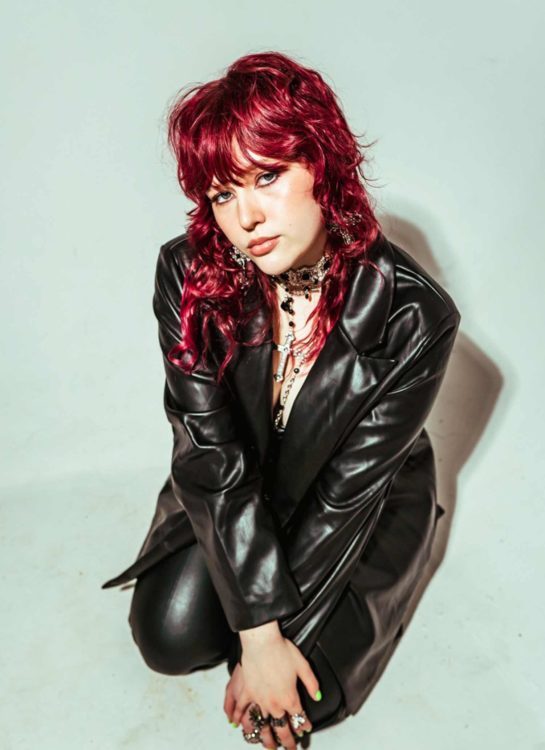 I think it was a song I started but never finished, it was for my best friend and it was written on the ukulele. It definitely had a name but I don’t remember it.

The first official song I released was 3AM

To be honest, I don’t really remember what the first CD I owned was but I was always the type of person who likes physical copies of music because it gives you something to actually hold in your hand rather than just digitally.

I must have been around four years old – as early as I can remember I’ve always wanted to be an artist, it’s always been there.

I’ve never actually been to a festival as just a fan! But the first festival I played was when I was a feature on another track and I was asked to join as a guest during their set at Reading & Leeds.

It would have been just starting out by itself – it was very difficult trying to do it alone so felt like a constant uphill struggle in the early days.

The first instrument I owned was a ukulele that I got for Christmas when I was four.

It would have been like my other answer, when I was just first starting out – it was very difficult and with that comes a lot of doubts.

I think all of the things I achieved so far were sort of on my bucket list… especially releasing my first song, that was a huge accomplishment.