For Metteson, it’s all about deep, truly felt emotion: the Norwegian pop star’s tunes are exercises in totally extravagant maximalism without any sense of inhibition or embarrassment. He counts classics like Toni Braxton’s “Unbreak My Heart” and Whitney Houston’s “I Will Always Love You” as inspirations, and is unafraid to reach for the same heights.

He has been touring alongside pop staple AURORA for the past weeks, with a huge spot at Brixton Academy in London just passed, and he has now been announced as the main support for one of Norway’s biggest ever musical exports, Sigrid. Back home, he’s played to a sold-out crowd of 2000 in Oslo, proving himself to be a true hometown treasure.

His latest tune, “Second Heart”, is a classic power ballad, stripping back some of the grander instrumentation of his other songs for a more intimate and piano-driven sound.

To celebrate Matteson’s ever-increasing success, we caught up with him to discuss some of his key musical firsts, from his 2024 plans to his mostly untouched guitar to hearing himself on national radio. 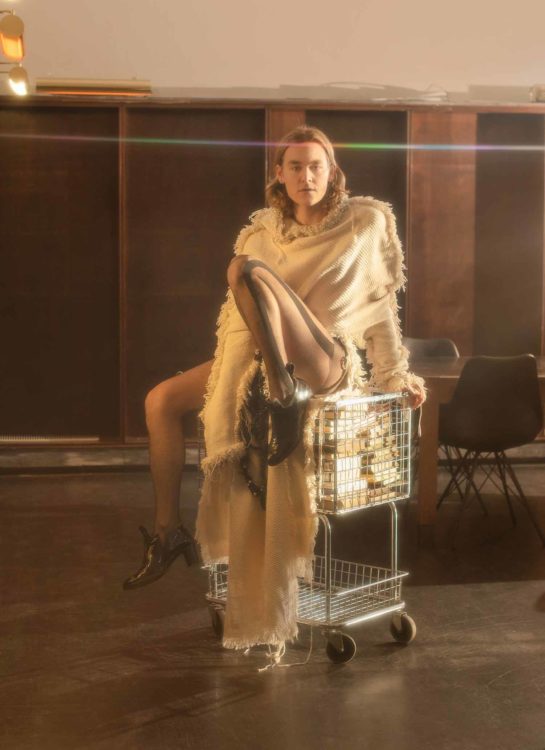 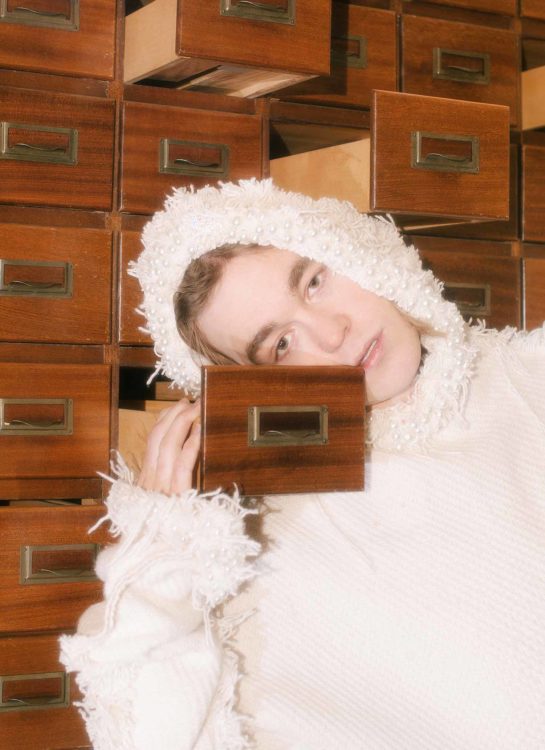 “Hold Me Like You Hold Your Favourite Book” – it’s on the first EP and stayed with me for 6 years before it found it’s final state. It started out a poem, before I started writing melodies. One day it translated from Norwegian to English, complete with melody and lyrics, just pouring out. It was a special feeling, and a very defining moment for me as a musician. It’s also about something dear to me – my first, naive little love story. Those songs, that come naturally like a stream of consciousness are too far apart. It’s a thrill.

“80 Miles” – I wrote it on a plane ride home from Barcelona. I’d met a guy and we’d had a summer flirt. Somehow I forgot that 80 english miles and 80 Norwegian miles are totally different things, so it ended up being a song about a guy who lives close by, rather than far away. It works though, perhaps even better.
First CD or record you owned?
Must have been Oops!.. I did it again – I totally ruined that record. Stronger and especially Lucky were constantly on repeat. I even named my favourite teddy bear Luck so I could sing it to her.

It was quite late.. I first decided that I wanted to be an actor when I got in to the National Academy of Arts in Oslo. I have always needed reassurance and back up from authorities, like a stamp of approval, to dare to do something reckless – like becoming a doctor or whatever. Meaning I was never reckless or brave when it came to career. Diving head first into music two years ago though, was fully my own decision and purely driven by passion – and I’m proud of doing it.

I have always loved going to Øya festival in Oslo. It’s the place to be in August and it has always been held in beautiful surroundings. I saw Robyn, Lykke Li and Susanne Sundfør there the first couple of years – Christine and The Queens as well – all those performances are imprinted on my heart. I’m playing there myself this summer – my first big, big festival gig, and it means so, so much to me.

It was obviously nerve wrecking making and releasing music during the pandemic, but I think my biggest obstacle I’ve met is deciding on who to be on stage. Coming from a theatre background I’m so used to having a character and weeks and weeks of process before meeting an audience. Performing my own songs on stage was so difficult and awkward at first – and then I found this little Freddy Mercury filter that I wrap myself in, mentally, before I go on stage. Now I feel quite invincible out there.
First instrument you owned?
A beautiful guitar. I’ve picked it up twice.

Never had the notion yet, but I’m planning for a heavy break down in 2024, so hit me up then and we’ll see!

I’ve never felt starstruck, I think. I try to avoid celebrities because I love the glamour and facade of it all, and I have a feeling that very few people enjoy meeting someone in the state of “starstruckness”. Also, when I meet someone I admire or adore, something dies, like a little Peter Pan fairy or something else magical, so I like to keep a distance. Do you hear me Beyonce?

When I heard my song “Harder” played on national radio without seeking it out – just casually driving around town. That was a magical and obscure moment for sure and a huge tick off the list.