Now, she’s ready to kick off a brand new era with the release of her new single, “No One Dies From Love”, which she describes as being about “whenyou’re with someone for a long time and it ends all of a sudden, it’s like a part of you has died. This person is now a stranger to you. All of the memories are tainted. For the first part of the breakup, you believe you’re not supposed to feel good about anything you had together. What I believe I do best is ‘heartbreak you can dance to.’ The song is that.”

Tove Lo is heading out on a huge headline tour from this autumn, encompassing 15 dates across the UK and Europe, as well as a slate of big festival shows this summer, so her name is sure to keep growing and growing. To commemorate what’s set to be a major year for her, we sat down with Tove Lo to chat about her musical firsts, from her first hit to her first bolt of inspiration and beyond.

First song I ever wrote was a song called crazy that I made with my girlfriends at age 11. I still remember it.

First song of my own that I released on a label was “Habits (Stay High)”. But I released both Habits a song called “Love Ballad” independently first.

When I got into my high school that is a music school in Stockholm (called Rytmus). I had to audition and when I got the letter home that I was accepted I had that feeling.

First festival you ever went to as a fan and the first one you played at as an artist?

First festival I ever went to was Hultsfred in Sweden when I was 15. First I ever played was SXSW in Austin Texas.

I mean the first 8 years after high school when no producers or labels wanted to work with me felt like an up hill battle but that’s part of the journey. I’d say when I had to get vocal chord surgery within the first year of Habits taking off was a really stressful time, I wasn’t sure I’d recover and loose everything I’d worked so hard for.

A white small piano I bought from a grumpy old man when I was 16.

First time you realised you were famous?

I still don’t believe it haha but the first time we played SXSW and there were fans screaming and asking for autographs. I was like “who hired you!?”

I think that first time I got on a plane with my band to go on tour for the first time. My #1dream has always been to see the world while playing music.

Watch the music video for Tove's latest single below: 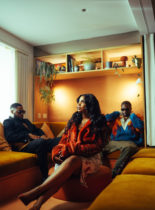 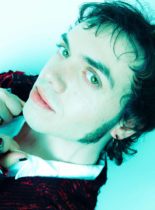 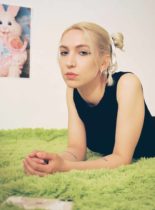