Since publishing Women Don’t Owe You Pretty in 2020, Florence Given has become the youngest author ever to hold 12 consecutive weeks in the Sunday Times Best Seller chart. It’s easy to see why – beyond an accessible entry point to to feminism, the book became a currency passed amongst friends, gifted on birthdays and lended through heartbreaks (I’ve ended up with three copies and counting), transcending both genre and generations. “I’ve had women who are in their 40s and 50s come to my book signings and say that they found the book in Tesco. They bought it because it would have looked nice on their coffee table and they’ve come out the other end growing out their body hair and saying no to their husbands for the first time. It’s so surreal,” Given says. “I wanted to give a permission slip for women to just be able to say no — I wanted to plant the words ‘no’ and ‘that makes me uncomfortable’ at the front of their minds.”

As much as its success was surreal, Women Don’t Owe You Pretty felt like a natural evolution for the writer and artist, building on an aesthetic and message already established through her work. With her second book, Girlcrush, she’s stretching her own comfort zone — writing about themes she’s lived and always been drawn to, but this time it’s her fiction debut.

Set a few years into the future, Girlcrush explores the blurred lines between our online and offline lives and magnifies the potential for chaos when they bleed into one another. We follow lead character Eartha’s journey from a viral coming out moment on imagined social media platform Wonderland – where newfound online fame sees her grow into a place of empowerment and influence – to the slow disintegration of both her online image and own sense of self. Delving into obsession with validation, the superficiality of being ‘liked’ and the ways we perform different versions of ourselves, it is, as Given’s book tagline asserts, “a hot, dark story”.

“I went to my Editor and was like: ‘I want to write something queer, that gets the girls laughing, that gets them turned on, that makes people think’,” she summarises. “I just want to make people think.” We spoke to the author about writing what she knows, tackling sex scenes, and what she hopes our key takeaways will be. 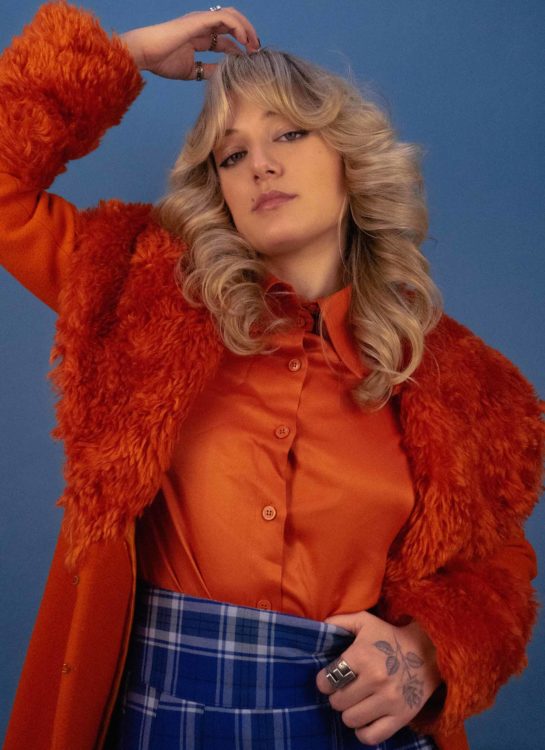 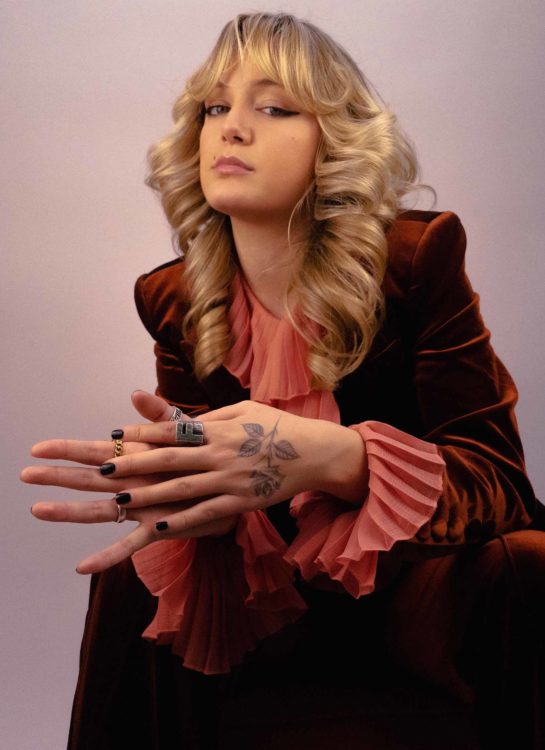 How are you feeling about your fiction debut?

Really excited. It’s a completely new genre of writing for me to publish and put out there, so it’s vulnerable. But I don’t like to do something unless it’s challenging me. I get bored if I’m not being challenged, whether that’s creativity-wise, friendship-wise, dating-wise. I don’t like to be complacent with what I’m doing, and so I really embraced the challenge of writing a fiction book.

I was interested by how the platform Wonderland gives Eartha a lot of power at first — in community, in giving her a voice, even financially. As the plot develops, we start to see that power is somewhat of an illusion and she still ultimately answers to a corporation and her audience. Is that something that you’ve had personal experience with? Balancing the power that you find on social media and the power that you give to other people by becoming almost a commodity?

Yeah. I think I’ve written what I know, and that’s the industry. What I’ve seen happen a lot on social media is people gaining this false sense of power, and actually there’s someone above them doing all of the puppeteering and benefiting from them being reactionary to all the stuff going on on social media. I love writing about power, particularly in personal relationships, but what’s interesting about Girlcrush, with Wonderland, is that it’s not about an interpersonal relationship. It’s about a parasocial relationship that Eartha has with her audience and how the lines with that can become blurred.

What’s also become more accessible is fame. I wanted to write a book where, regardless of whether you have 2 million followers or 200 followers, you can relate to this story because everyone now has a public image. You can go viral on TikTok for one video that you put online, and when you wake up it’s gone viral and everyone knows your name and your face. All of this has real life impact and consequences, which is why I wanted to write about Eartha having this viral drunken coming out moment. I think that’s happening to a lot of people now, and I’m curious about what it’s doing to people and how it changes our offline behaviour.

Why did you call the platform Wonderland? Is it a reference to Alice in Wonderland, smoke and mirrors?
Yes! Getting lost down the rabbit hole. There’s a lot of metaphors you can pull from it and there’s a lot of imagery that I put throughout the novel.

We then see Eartha spiral into being obsessed with likeability, which you portray as a percentage throughout the book. I love how that was conveyed through a simple statistic with no nuance. Why did you want to incorporate the theme of perceived likeability and how fragile it can be?

It’s an innate human thing to want to be liked by your peers, but when you put that on social media — where you can not only feel your own likeability, but see other people’s — it’s a breeding ground for comparison. Putting Eartha’s likeability and following at the beginning of every chapter, you can see how it affects her mood. When she’s losing followers you see she can’t get out of bed, and she’s feeling like shit. I wanted to show, almost to an uncomfortable level, how real that is. 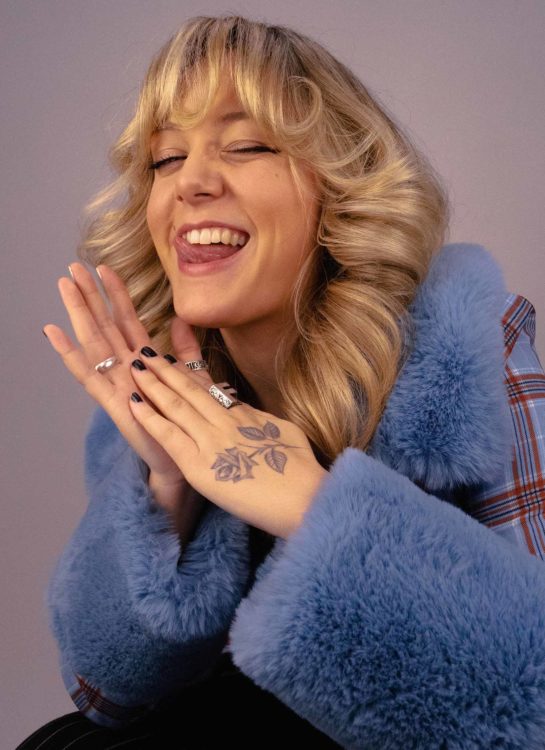 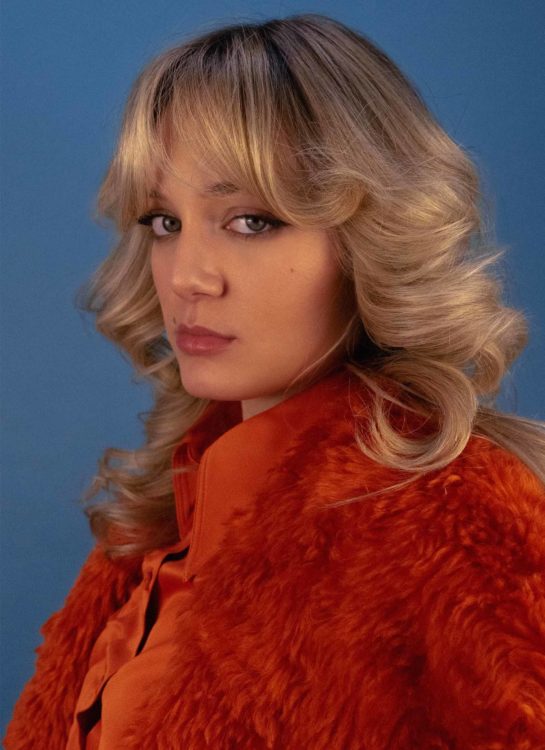 There’s a range of queer relationships and identities portrayed within the book — how did you approach queer representation within it?

It came so naturally because I’m queer, so it’s all I know. With the friendship group, I didn’t want to do something that felt like I was trying to tick any boxes. It was that just these are the people that I see in London. What do I see in a gay bar in London? I wanted to reflect that, and make it unaddressed.

[…] I wanted to write Girlcrush also because I feel like there aren’t enough books written about bisexual people. I wrote the book that I wanted to read. I read this book called Bad Dyke by Allison Moon, and it was so funny and sexy and witty and dark. I remember thinking ‘Fuck, I want to do something like this’. It made me feel so seen. You’ll hear queer people talk a lot about feeling seen, but it will never get repetitive because every time I see a queer couple on social media — particularly lesbian couples — it sets my soul on fire. I will watch any movie, even if there’s just like two seconds of girls kissing, just to see that kind of representation. Then I was like, ‘I can write a book where that happens quite a lot…’

How did you find writing a sex scene? Obviously they are notoriously hard to write, did you enjoy that challenge?
I enjoyed it a lot. My first draft was obviously horrendous and super clunky. The book was actually 160,000 words and we had to chop it down to 100,000… I’ve never had to do something like that before and I cried and I grieved it, because there was so many scenes and even characters that I had to cut. When it came to the sex scene, that also was cut down. I think it was originally 10,000 words — which is a fucking dissertation. And no one wants to read a dissertation on one sex scene! But I loved it, I loved creating the imagery. I had this image of a hot pink flaming candle in my mind, and I want the sex scene to look and feel like a hot pink flaming candle.
It’s a very visual approach.
And I had a playlist of all the music that I listened to whilst I was writing the book. Some songs influenced the characters names, how I wrote the scenes. I’m very inspired by music.
Who were some of the artists you were listening to?
Mazzy Star, The Brian Jonestown Massacre, Led Zeppelin, Lee Hazlewood. The song “Some Velvet Morning” inspired the name of the character Theadra. Tess Parks — she wrote this amazing song called “Cocaine Cat”. I remember thinking ‘God, if I could have a singing voice like anyone it would be Tess Parks’. The next day I saw her watching my Instagram stories. I just messaged her like ‘What the fuck! I’m literally writing a scene right now listening to your song’. Then we hung out and I got to tell her all about it because she lives in London near me. It was the most serendipitous moment ever.
That feels like a sign you’re on the right path.
Yes! And now she’s going to come to the book launch, I’m so happy about it. She was like, ‘There’s no better feedback than you wrote a sex scene to one of my songs…’
Of course! Why did you want to include director’s notes throughout the book?
I wanted to give a comment on how we live our lives now, like we’re in a director’s movie and we’re performing. We’re constantly performing when we’re offline. I’ve seen situations where I’m with people and as soon as a camera goes on them they change. I wanted to have this element of always being watched and under surveillance. Even with our phones and the words that we say appearing in an ad 10 minutes later.
At the end of the novel, the platform Wonderland is taken down. Do you see a future where these more toxic social media platforms die out?

No! I think something really bad will happen, and that’s what it would take. Because ultimately, where’s the incentive to stop? All these big giants are making so much money. Especially when people engage with it. It’s an addiction, right? Until something really bad happens — maybe they’ll loose some money, I don’t know — but it will take something awful happening for them; it needs to affect them.

But I think social media will always be a part of our lives. I wanted to make a story where we can see how damaging it is, but ultimately social media is also one of the best things that has happened to us. I use it as a springboard for my career; I use it to amplify my message. I don’t think I would be writing books if it wasn’t for social media. But ultimately, I’ve had to have boundaries along the way that have prevented it from affecting my mental health.

Of all the themes explored in the book, what’s the main thing you want readers to take away?
Honestly, I wrote this book because I wanted to provide some form of entertainment. If anything, I want people to feel engrossed by the story. In terms of themes to take away, I guess for people to be more compassionate online. And I want people to be able to use this book as a springboard to have a conversation that maybe they are too afraid to have with their friends. I like the idea of people reading Girlcrush and being like, ‘Have you ever felt this way about a woman?’ So that it’s not coming out of nowhere. I think that’s when people feel more comfortable talking about these things. Every single thing I do, I just want to be bringing women together. 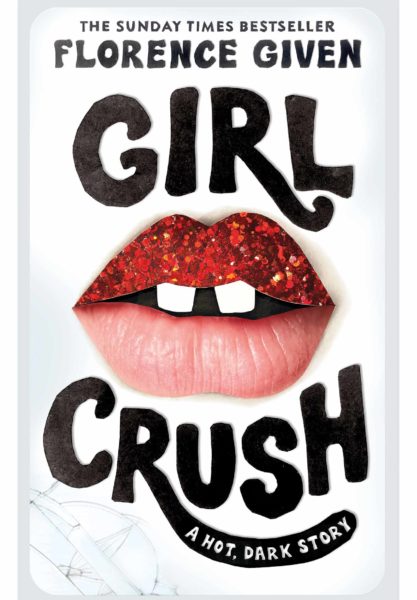