Meet Isaac Stuart, the 21-year-old singer-songwriter and multi-instrumentalist whose heartwarming lyrics and tender melodies will soothe your soul.

Armed with an innate storytelling ability, Isaac Stuart’s delicate bedroom demos are positioning him as one to watch.

With only two songs out in the big wide world – and bedroom demos at that – the buzz around Isaac Stuart is testament to his earnest vocals and heartwarming lyrics.

Isaac’s first release, “place for you in my heart”, is a gentle piano-led ballad written as a note to himself to “cushion the fall of an inevitably failing relationship.” His second track, “Camden Town”, shared less than a month ago, is an ode to London. Although the lyrics tell a romantic tale of a meet-cute with a girl in Camden, it’s actually a tribute to the capital city and how Isaac fell in love with it through her eyes. Now, Isaac has shared his latest bedroom demo, “Meant To Be”, another stunningly stripped-back number.

In his first-ever photoshoot, the 21-year-old talks about his creative process, upcoming debut studio single, and his dream to become a Power Ranger. 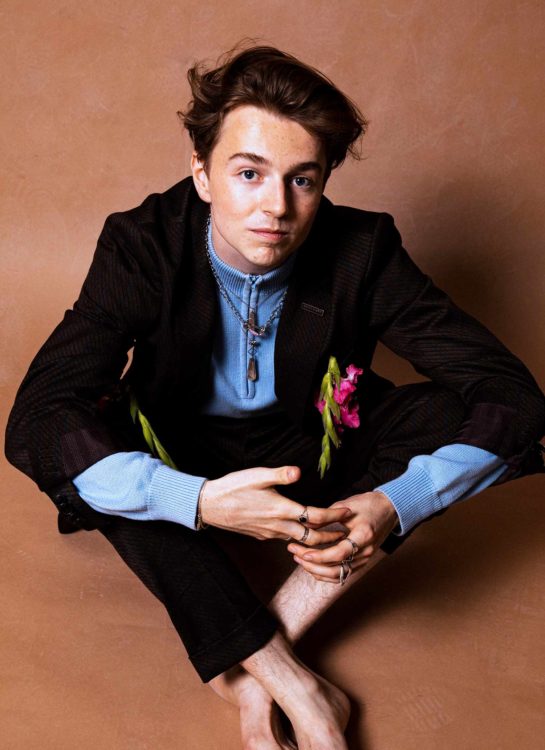 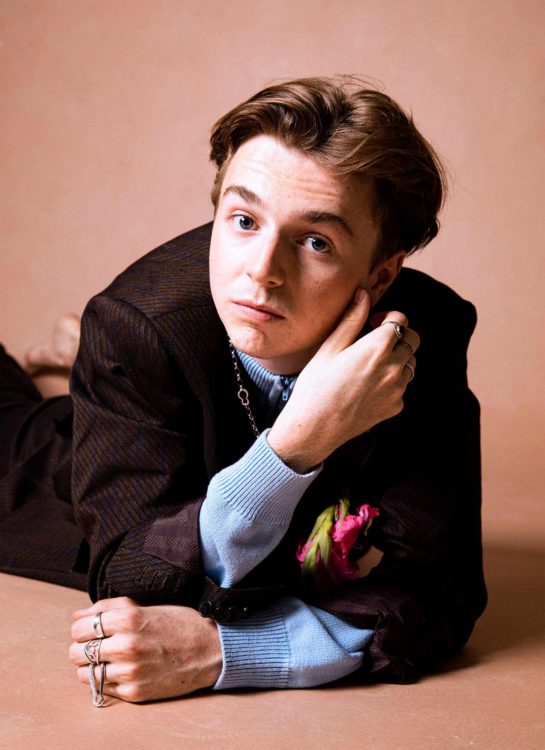 You’re self-taught on guitar and piano and play by ear – that’s amazing! What sparked you to do this?

When I picked to study music at secondary school, we had to pick an instrument to learn… I also remember my dad suggesting to play the piano because he liked the idea of me going into a bar and playing and singing for everybody. I liked that idea too. So, I just used Youtube and taught myself piano on a really old keyboard. I think the first song I learned to play and sing was “Don’t Stop Me Now” by Queen.

I have vivid memories of spending my Sunday mornings listening to my mum and dad’s records on the jukebox. 70s soul was the soundtrack to my childhood pretty much.

Has it always been your dream to become a singer-songwriter?

Well, I did go through a phase as a child where I wanted to be a Power Ranger…

Your new bedroom demo “Camden Town” is about falling in love with London through the eyes of someone you met one day. What do you love most about the city?

I just love the constant buzz. When I’m in London I feel inspired in a way that I don’t anywhere else. It’s electric. 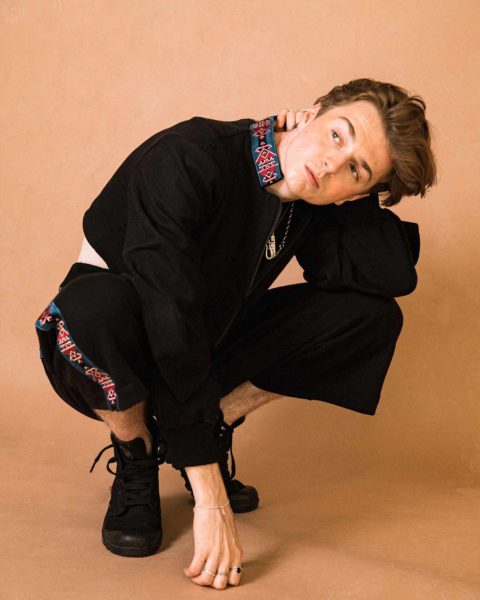 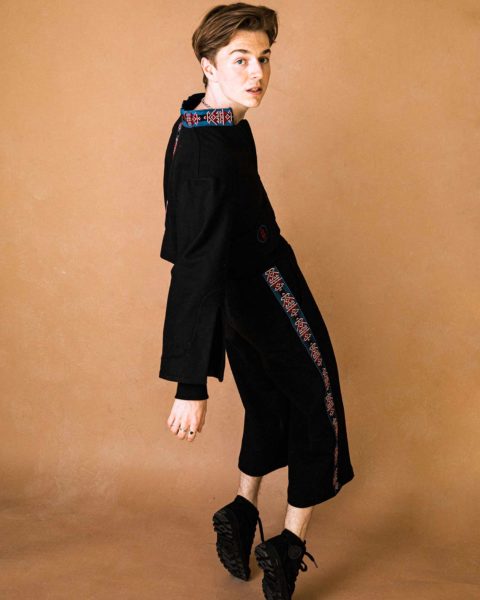 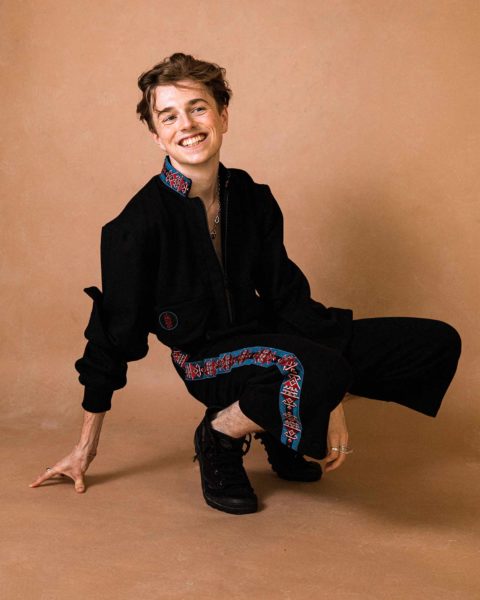 Give me a window into your writing process – how do you write a song?

Each song varies but it often starts with me playing chords or a melody on piano or guitar and then lyrics come from that. Then again sometimes lyrics can spark the whole thing before I’ve even touched an instrument! What I can be sure of though is it pretty much always starts with a cup of tea.

Do you have a favourite lyric you’ve written so far? What is it?

I have a song called Lonely Hearts and apart of the chorus is “we’re just lonely hearts playing parts/ On a stage in a play we didn’t know we were starring in…” and I just like the tragedy of it. It’s sad but also quite romantic too. I feel like sadness and romance are quite common themes in my songs haha!

Your debut single is coming out this October. What can we expect?

It’s raw and stripped back. It’s just me and a guitar in front of an expensive microphone… with a few glimmers of backing vocals also sung by me. I’m so excited to release it and hear what people think!!

What’s the best piece of advice you’ve been given?

Write down everything. All ideas, big or small… just write it down. I carry a notebook with me for that exact reason.

Where do you see yourself in 5 years?

Well, I have no doubts I’ll still be writing, recording, and releasing songs. I’d just like to be playing on a more expensive piano by then. 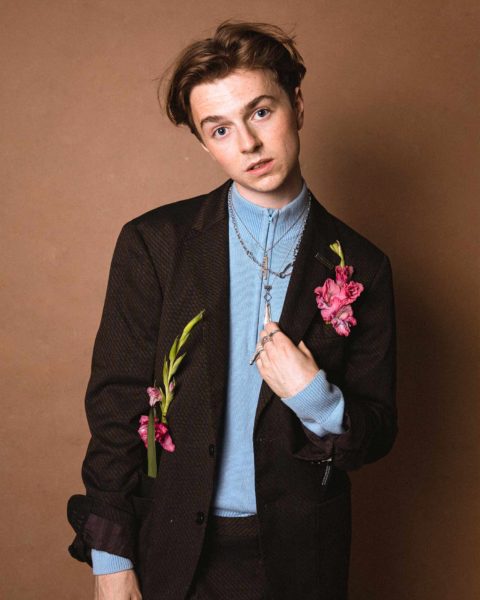 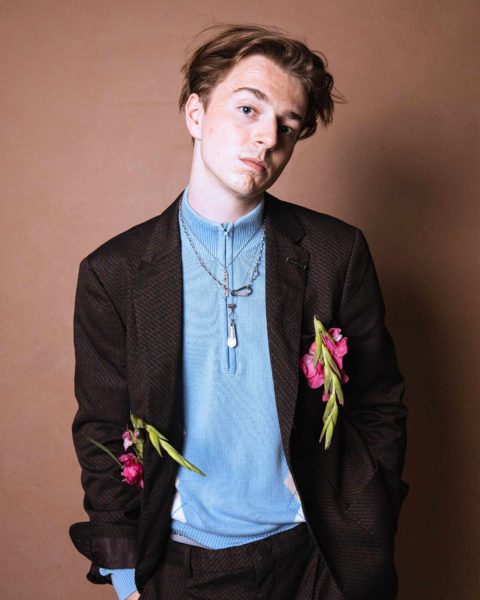 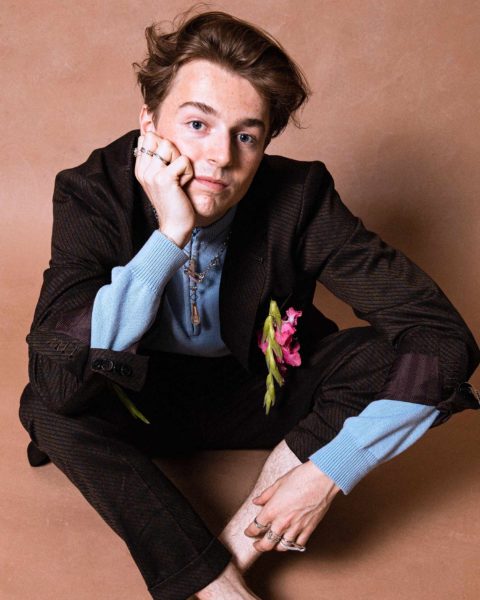 Listen to Isaac Stuart's latest track "Meant to Be" below:

Isaacstuart · Meant To Be (Bedroom Demo) by Isaac Stuart