Katie Gregson-MacLeod tells us about her viral single, the realities of being the 'cool girl', and why she won't stop gigs in pubs.

From Edinburgh to LA in the space of a few months, a single post on TikTok has undoubtedly changed Katie Gregson-MacLeod’s life. A Scottish singer-songwriter not afraid to wear her heart on her sleeve, it was Katie’s most recent single “complex” that became a breakthrough hit after making the rounds on social media. Telling a relatable love story, on Spotify alone, the demo version has hit almost 15 million streams.

Having released her debut EP ‘Games I Play’ in 2015 before taking a short hiatus, the artist made her return in 2020 with indie pop song “Still a Sad Song” and later “Second Single Bed”. Her re-recording of “complex” following the success of the demo sets Katie’s storytelling skills and raw lyrics against cinematic compositions.

We spoke to the artist about about her viral single, the realities of being the ‘cool girl’, and why she won’t stop gigs in pubs.

Hey Katie, how are you doing?

I’m good, thank you for asking! It’s been a crazy time, I have my moments, but generally, I’m just excited and trying to take it all in. And tired.

The newest version of  “complex” has dropped recently, did you ever imagine this is where that TikTok upload would’ve taken you?

I can’t emphasise enough how little thought went into that video being posted. It sounds silly now but I didn’t go into it thinking this song was special or that it was going to make waves. It really was just one I connected with in that moment because I’d written it just recently and thought the chorus was something a bit different for me. What happened after that still blows my mind, but I guess I have to treat it as my new normal. I’m very very glad I posted it though, gosh.

How does the newest version build on the originally released demo? What did you want to put across?

The new version protects the emotion of the demo I feel, but just adds something different. I worked with Greg Kurstin on the new version, and Greg just understood the light hand and subtlety with which I wanted to make it, and at the centre of the process was protecting the raw emotion of the track. Primarily, I just wanted to see where the song could go, but first releasing that entirely stripped-back demo was important to me.

I feel like the lyrics are partially what’s struck a chord with so many people, they leave you caught off guard in their relatability. Were they based on personal experience?

They were. I write almost entirely autobiographically, just because it’s what comes naturally. The song is about a few different things for me, and it’s really a reflection on years of my life and feeling this way in different doses across more than one situation. There is one particular relationship that was weighing heavy in my mind at the time of writing and that’s what the song is mainly about. It’s funny to me that it took a year after its end to express what I was looking to about that relationship in the way ‘”complex” poured out. But I’m glad it did. It was super cathartic.

Do you think people relate to the pressure of being the ‘cool girl’ in modern dating?

I noticed a lot of people resonating with that line, which is really affirming to me both as a writer and a person who has been in that situation of trying to appear chill and unbothered in dating situations. I definitely think that’s a pressure, I think it’s always been a pressure though but it just manifests in different ways now. The line is tongue in cheek of course. I was in fact not ‘the cool girl’ but it’s this idea that I think is so ingrained to the point of people desperately attempting to live up to it, often without realising. I don’t think I’ve ever felt 100% comfortable expressing all the anxieties or concerns or suspicions I’ve had in relationships because of a fear of being perceived as losing the plot or being a burden or something. It feels like people relate to that online, and I’ve had people bringing it up to me in person too, which is nice. 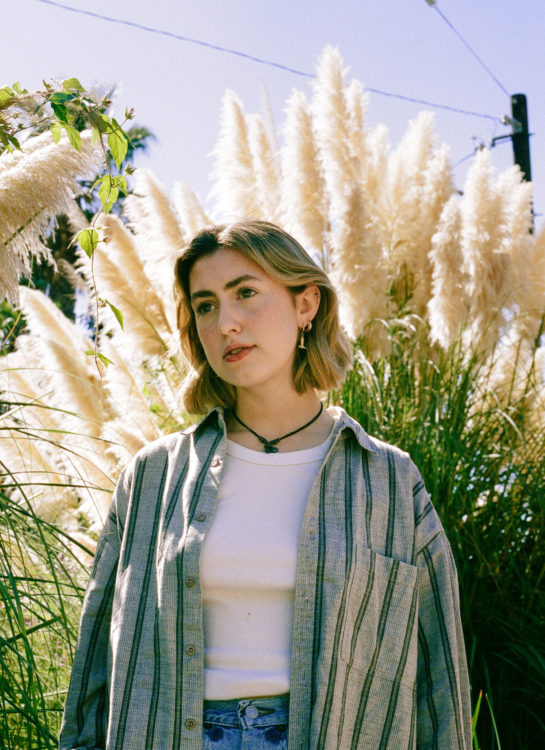 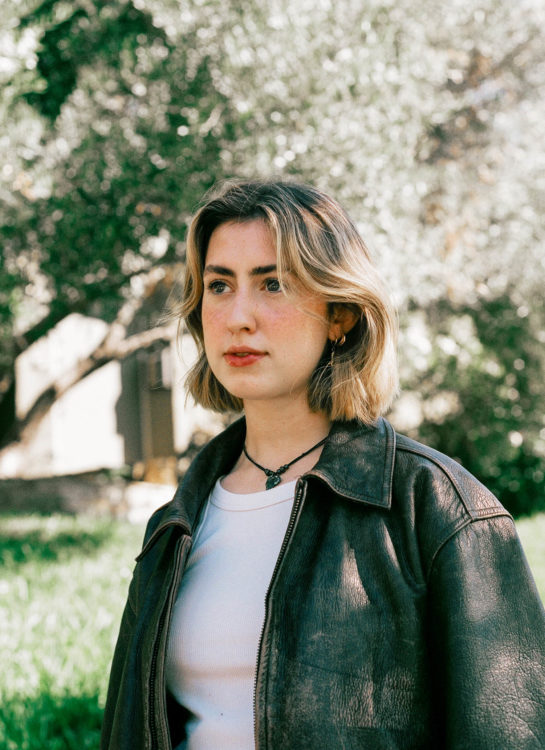 How do you reflect on the overnight TikTok success now? Are you still studying or has music intervened?

I don’t think I’ll ever fully get my head around it. The pace of that switch and the overnight nature of it means that, although I was incredibly, incredibly excited the entire time, processing it is difficult. I love the fact that it happened, of course, I am now able to do exactly what I’ve wanted to do from the start, which is making music and having people listen to it. However, there are anxieties that are very unique to online success; the idea of the attention and interest dying out; the idea of being a big flash and then nothing; the hate (which I’ve been lucky to not get too much of but is definitely there). I struggle to get my head around the fact I’m perceived. But I love writing and I love that people are connected with what I wrote.

I’ve halted my studies, for the time being, deferring to a much later date I reckon. I love what I study and I do want to finish it for myself. But right now, I physically wouldn’t be able to give it any time.

How do you feel about such a personal story being heard by so many millions of people?

I’m a really open person, so I don’t mind it so much. There are times when I feel weird about it. People know a lot more about me and some of my most difficult emotions before I even say hi to them. It would be cool to be more mysterious but I’m an open book and a very honest songwriter so can’t win ‘em all. I do think people expect me to be perpetually sad or serious or something which isn’t the case.

Is your songwriting usually rooted in vulnerable emotions? Where do you usually find inspiration?

It’s definitely rooted in vulnerable emotions, but often unconsciously. I don’t sit down with myself in a self-therapy session and say ‘We’re going to write about this because I can tell it’s in there and we’re not talking about it’. Yet, these things often make their way in without thought. I don’t sit down and tell myself to write about something big that’s happening or that’s just happened but rather I have faith that it will just come to the fore in the right way at the right time.

You travelled to the USA recently, it looked amazing. What did you get up to? Any highlights?

Yes! What a whirlwind trip, so much fun. We were in New York for five days and then only in LA for about 36 hours but we packed so much in. It was lovely to meet the team at Arista in NY, as that’s who I’m working with over there and they are the sweetest bunch. I also met JP Saxe and he asked me to sing “complex” at his show in Rockwood, so that was very very cool. I also caught a few people I’d been meaning to meet, I went to Lizzy McAlpine’s Webster Hall gig and met Pasek and Paul and stuff. So much cool shit.

LA was a lot of dashing about everywhere for interviews and other fun things, we did the Zach Sang Show and Apple Music radio and more. Also caught Christian Lee Hutson’s show in the evening. Would love to go back ASAP.

I think a gig that sticks out to me was my King Tut’s gig in November last year, supporting Eloise. It was one of the most attentive audiences I’ve ever encountered and so supportive from the outset. My favourite places to play will always be my favourite folk pubs in Edinburgh.

Anything on your career bucket-list?

Wow, yes there are many things. I really feel like my wildest dreams have become real goals now and the last few months have shown me that anything can happen, I guess. Of course, there are awards and venues on my bucket list, but my current goal is to make an album that I’m really proud of. Another all-time bucket list moment is to write a musical which goes to production for sure.

What’s next for Katie Gregson-MacLeod?

Ah so much! I’m really excited to have new music in the pipeline and to be playing some really exciting gigs. Things have been so wild and busy and I’ve been running around like mad but I’m always most excited for new music and getting back into the live side. I want to be methodical and patient though, and do everything the right way.