Cementing herself as a one to watch in the dance-pop sphere, on the day of her single release, Poppy Baskcomb explains the track's meaning and more.

Telling me she’s had a year full of doing five sessions a week, every week, Poppy Baskcomb is certainly building momentum. Returning this week with a club-ready new single, “Lovefool” featuring DJ & producer Jess Bays, Poppy is proving herself to be a rising star in the dance and pop sphere.

Making a mark as a solo-artist with single “Teardrop”, she has a charting writing credit under her belt with Joel Corry and Mabel’s “I Wish”, and already boasts 1 million monthly listeners on her Spotify.

Her latest feature once again taps Jess Bays, having appeared  together on the hit tune “Temptation” earlier this year. The collaboration has since racked up over 16 million streams across streaming platforms and was even played by the England Football team during training. We caught up with Poppy to chat all things “Lovefool”, ideal night out and plans for the future. Dive in! 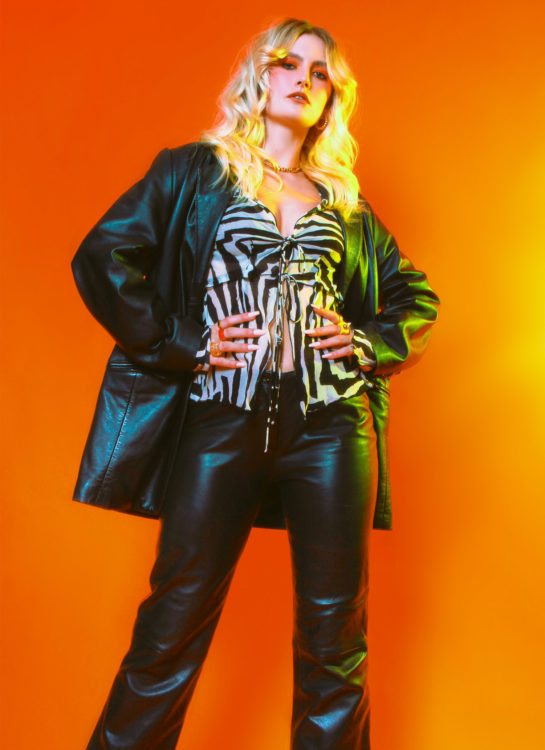 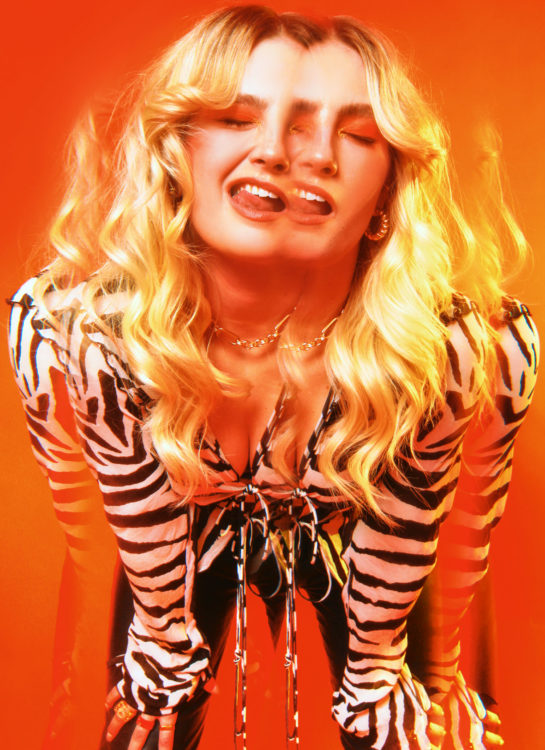 Hey, how are you doing?

Hey, I’m really good thank you! Super busy, but I love it.

Congratulations on the new single, “Lovefool”, it’s been described as ‘club-ready’ – would you agree?

Thank you so much! And oh absolutely. I think it was club ready when we first made it a few months back and we were blasting it in the studio. And a couple of weeks after that when I blasted it in my managements and labels offices.

Talk to me about the track, what is a lovefool? And have you been one yourself?

A lovefool is a fool in love. Someone who is so wrapped up in a relationship that they can’t see the bad. I think we all know someone we care about who has been caught in a toxic or unpleasant relationship but no matter how much we try to tell them it’s wrong, they don’t listen. And for sure, I’ve definitely been a lovefool in the past. But no more I say!

It follows “Luminescent”, how do you feel this track evolves from your previous release? Do you feel like you learnt things from the release of that track you’re putting into your new music?

It’s definitely evolved into a more clubby track. It’s hard not to release a dance song like this when I spend most of my time in studios writing for dance acts. I think I’ve mainly learnt just to have more fun with each release. Trying not to overthink and worry about every small detail. I’m just doing what I love, making music I love and I’m very fortunate to be doing that.

“Temptation” was also a big track for you, the collaboration’s racked up over 16 million streams across streaming platforms and I hear was even played by the England Football team during training. Was that track a career highlight, or does another moment spring to mind?

The England boys have a good taste in music. I would for sure say it’s a highlight. Especially to see two female artists in dance having a moment. Jess and I still can’t believe how well it did. Many other moments spring to mind also. My first artist feature with Dimension. My first chart Top 20 with Joel Corry. Working with Mel C. Performing with Friction. The list could go on and on, but I won’t do that as we’ll be here forever.

In terms of hitting the dancefloor, where’s your favourite place you’ve ever played and why?

It definitely has to be Parklife with Friction. It was my first ever live show, safe to say I was thrown in the deep end in front of thousands of people. I was absolutely bricking it on the side of the stage before I went on, and when I was on I had to keep moving around the stage because my legs wouldn’t stop shaking. However once I came off I felt such a rush. That’s one that really sticks out in my mind.

What’s your ideal night out: drinks in the pub or full-on club night?

I love both. Honestly depends on my mood. I find most tame pub nights end up in a wild unexpected night out. Oops. But what can you do? Sometimes a cheeky step is needed.

Where do you see yourself in five years?

Rich and famous as f*ck (joking – kind of). Hopefully I’ll still have a career in music as a songwriter and artist. Maybe a few lil cheeky awards, a Brit would look quite nice on my mantelpiece or a Grammy. I’m not fussy. And I’ll still be having fun and working with people who I love and inspire me.

This new track features DJ and producer Jess Bays – if you could collab with anyone (dead or alive), who would it be?

What’s next for Poppy Baskcomb?

A nice long break. It’s been a mad year doing sessions five days a week, every week. I’m looking forward to the Xmas holidays where I can fully clock out and revive myself. So that all my creative juices are ready for next year. Tasty.But I’ve also been playing around with some new bits, some new sounds. So you’ll have to keep your ears peeled for what’s to come. 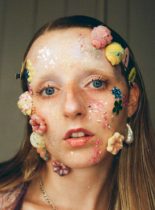