Stevie Bill is a 23-year-old rising artist with a flair for songwriting. Having previously written tracks for artists like rei brown and Joji, Stevie is itching to develop her own material, sharing a string of infectious new releases. Today sees the artist share her highly-anticipated debut EP ‘Messy’ and it doesn’t disappoint.

Introducing a bedroom-pop sound through a Y2K aesthetic, Stevie’s 2020 debut release “The Hotel” saw the artist introduce her credible wit through a dream-pop single. Having spent her early years growing up in Amsterdam, the artist later moved to Berlin at 19 before relocating to New York to study at the high-profile Clive Davis Institute of New York University.

‘Messy’ is Stevie’s biggest project yet and sees the artist reflect on youthful decisions, toxic relationships and more through a genre-fluid EP. We spoke with Stevie about her songwriting process, her musical influences, and what she’s most looking forward to. 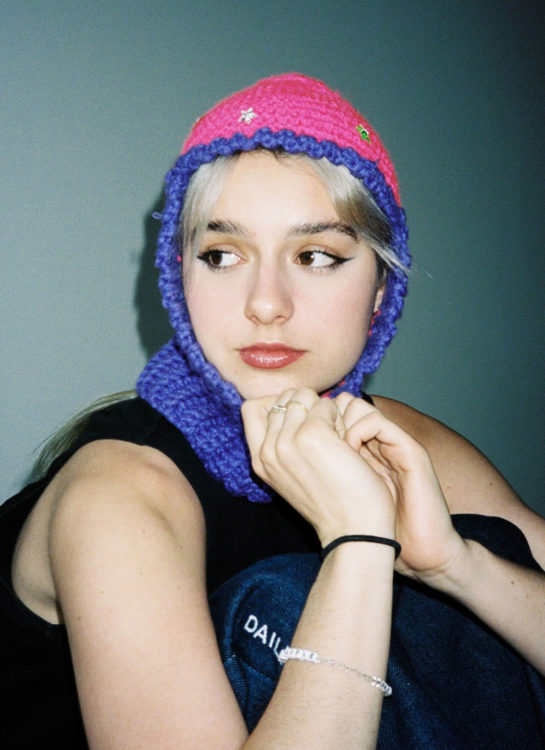 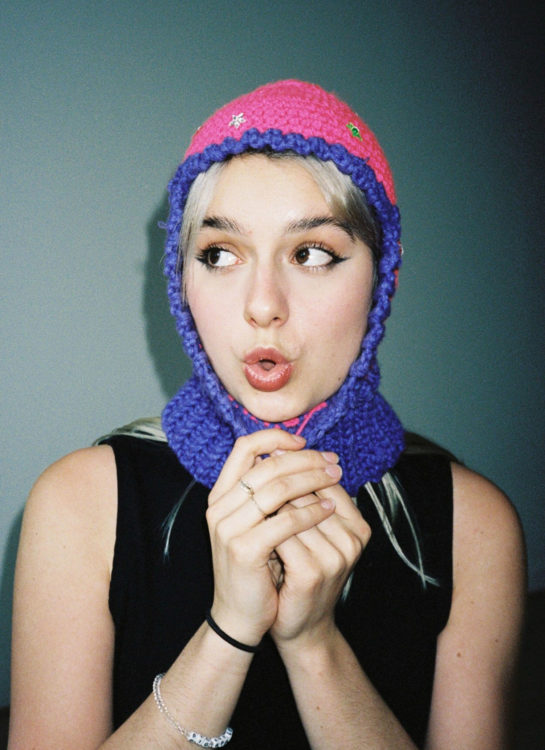 Hey Stevie, congratulations on the upcoming EP! How are you feeling about the release of ‘Messy’?

Thank you. I’m so excited for the release of the EP. It has been such a long time coming. I think I wrote the first song for it during the pandemic in 2020. We started the mixes in January of this year and it feels really good to finally be able to listen to it on platforms instead of in my Dropbox.

The EP explores themes from complex relationships and mistakes to stories of ambition, what were your intentions behind the project? Did you want to impart any specific sense or feeling?

The EP is made up of songs that are all little parts of my life. Like you said: relationships gone wrong, being young and dramatic. ‘Messy’ being the title was very intentional. As a naturally anxious person that likes to feel in control of her life, I’ve noticed that sometimes, this control isn’t always possible and striving for that control can actually be damaging to your mental health. The moments I was the happiest, my life was usually the messiest. I was living, making music, and enjoying it. Unintentionally being productive in my own way. The EP is a celebration of the messy parts of life. That’s why ‘I like it messy like that’ is the phrase I live by.

How did you get into music in the first place? I know you moved around a lot before relocating to New York, did any of these places bring musical inspiration?

I was introduced to music by playing piano from a young age. I loved classical music, and I loved ballet. It wasn’t until I was introduced to Alicia Keys that I started playing and singing. My mother used to be a pop singer in the 80s, so she definitely was a role model for me. Before I moved to New York, I moved to Berlin, so I think I had very big ambitions at 17 but also didn’t yet understand what moving to a new place actually meant. I learned a lot about myself and by throwing myself into those adventures. Some positive and some negative things.

You previously worked writing for other people, do you have a different relationship to tracks that end up in other artist’s hands? Do you approach the process in the same way?

Yes, it’s definitely different. I love writing for other artists because it gives me a different role in the room and it allows me to take a step back from the critical mind that I have when it comes to my own songs sometimes. It’s a good way for me to be reminded that making music is just fun and to see the song making process from another perspective. 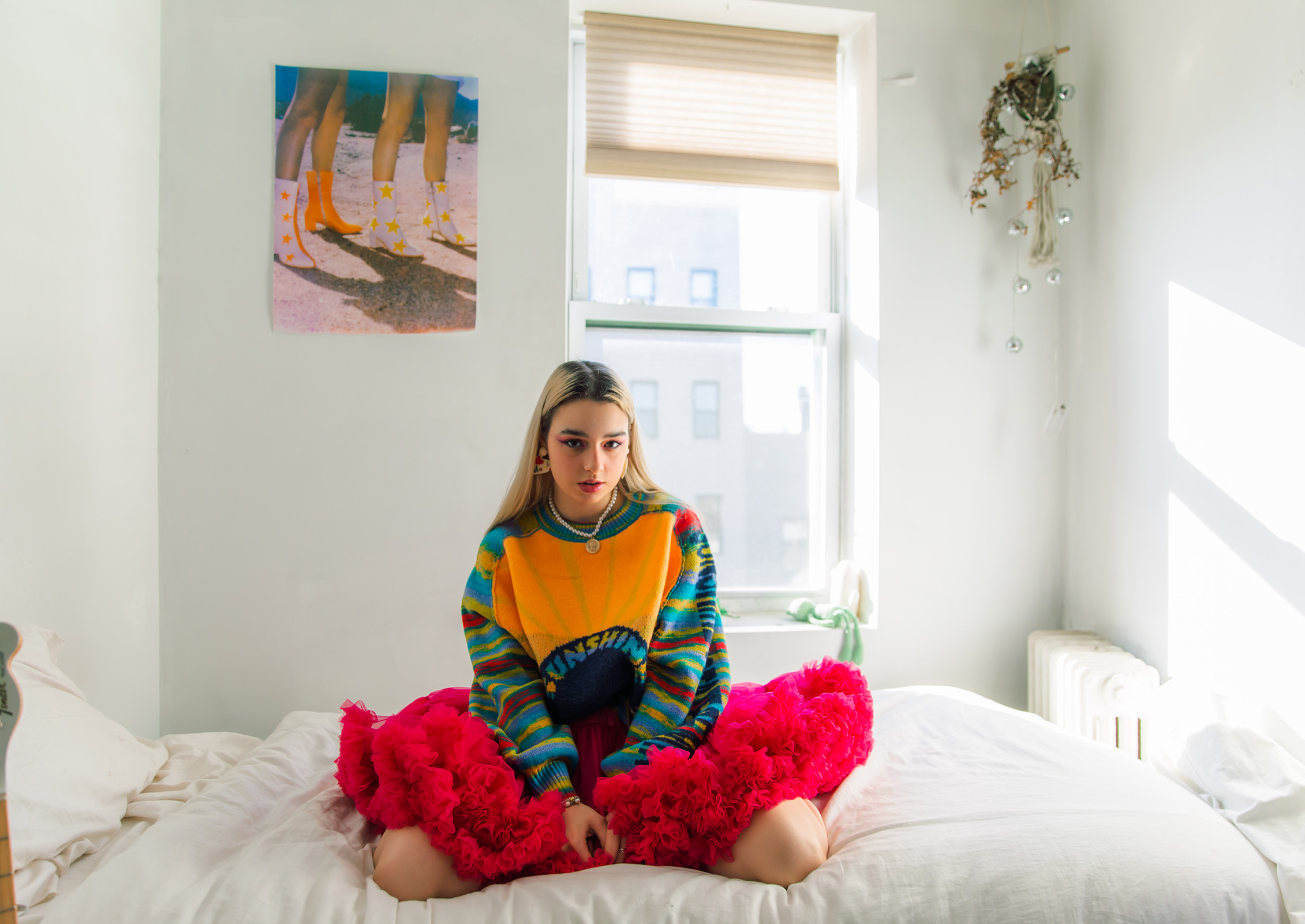 How would you describe your music to people who haven’t come across it before?

Did you have any musical inspirations for the EP? Anyone that’s been filling your headphones a lot recently?

My musical inspirations for this EP were Charli XCX, Kim Petras, Britney Spears, Avril Lavigne. As long as it was fun, energetic and empowering. I was also inspired by my friends as always and by my breakup.

I love the visuals for “Messy”, how did you come up with the concept?

I basically fall in love with my boyfriend, who is in the video, and become a rock chick. He definitely inspired me style wise so it’s kind of just a true story of how it happened. I’ve heard it reminds people of the movie Grease, which I love! We just invited all our friends to be in the video. Two of my good friends from The Netherlands who are professionals happened to be in LA at the same time as I was. Over some loud music in a club, we made a deal that we would shoot this video together. It was really amazing.

Do you have a dream venue you’d love to play one day?

What are you looking forward to before this year ends?

I already started working on a new EP so I’m super excited for that. Apart from that my granddad is turning 80 and I’m going to his birthday party which is going to be sick.

Stream 'Messy' in full below: