tinyumbrellas tells us all about her recent pinch-me moment, love for Squid Game and her upcoming EP. 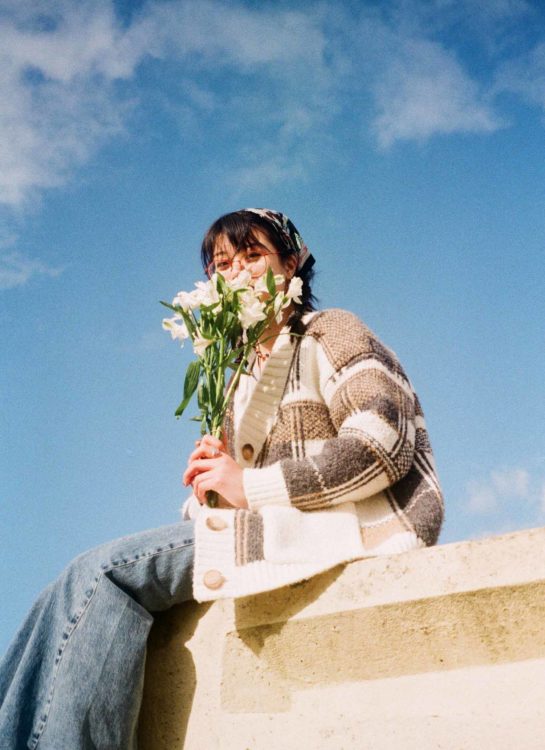 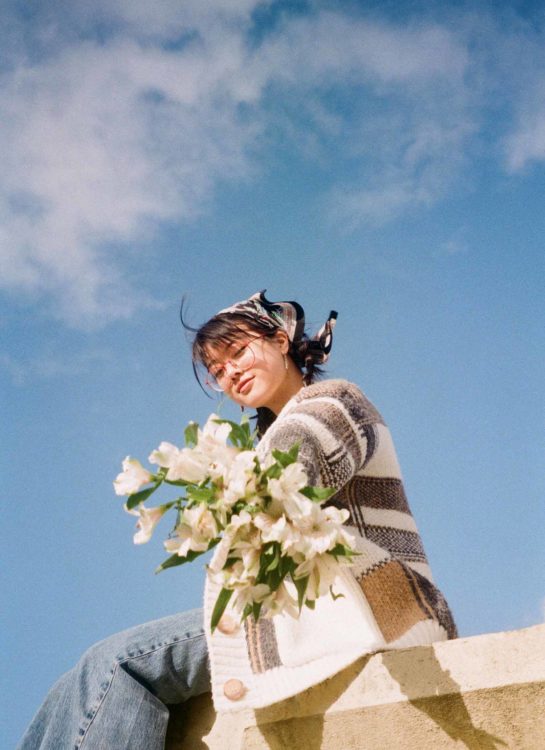 tinyumbrellas is looking to make an adventure from all of this. The Leeds-based 19-year-old artist has taken a huge amount of inspiration from the films of Hayao Miyazaki, enjoying the dual empathetic and activist aspirations of classic films such as Princess Mononoke and Spirited Away with their messaging about protecting the environment and nature.

That’s filtered clearly into her musical career, but also her climate activism, such as her participating in the ‘Climate Live’ concert series aimed at raising awareness of the climate crisis. tinyumbrellas began as a digital scrapbooking project where she would chronicle her various artistic interests and experiments, but blossomed into a full musical project which has already achieved major success, such as a sold-out headline show at Lafayette in London last year.

Her new single, “Please Don’t Make This Weird”, is a thoughtful meditation on the emotional difficulties of mismatched feelings. She says, “Please Don’t Make This Weird’ follows the story of a very relatable situation which I have found myself in more often than I’d like to admit. It’s about when you meet someone new, and they’re really lovely and you both get along really well, with the exception of one thing – both having opposite ends of the stick. It’s not particularly nice to be on either side of the situation this song talks about, but I feel like if you care about someone enough, a solid and meaningful friendship is just a wonderful thing to be a part of. I wanted this song to highlight the importance of platonic friendship and mutual connection between two people before anything else might potentially happen. All my songs so far seem to tell the story of my coming-of-age, and this one is no different.”

With her star rising and rising, we sat down with tinyumbrellas to find out her party trick, her favourite meals and recent celebrity encounters.

A lot of people think you need the fanciest equipment and tech to start making music, but I would disagree. When I tell people that I produced my first singles on GarageBand on my iPhone they are usually quite surprised, but you’ve got to start somewhere, right?! Since then, I’ve moved onto using my laptop for production, but I’m still learning a lot about it. I think the most important thing about making songs is the passion and meaning for the music you’re creating, and the ability to convey emotions through it.

I am currently a massive fan of hummus. It’s so diverse, and perfectly accompanies so many kinds of food to create snacks that never fail to make my day that little bit brighter, whether I’m eating it with bread, carrots, crisps or something else. It is now a must-have in my fridge.

There’s been so many! One thing that blows my mind every time it happens is when I meet someone new, and when the topic of my music comes up they tell me that they already knew of my music, or have a song of mine on their playlist! It’s so crazy to think that I’ve indirectly been a part of people’s lives without me knowing about it, and discovering stories of people’s personal connections to my music is really incredible.

I did a lot of gymnastics growing up, which has given me an itinerary of party tricks… One of them being that I can hold a handstand for a really long time!

Finish the sentence: I feel happiest…

Anytime spent with people I love and appreciate is the best time! But also I feel so content when I’m in my bedroom at home making music with a cup of tea, with the sun shining through the windows. Bedroom dance parties of any sort are pure joy too!

Which actor would you like to play you in a film?

I don’t know many actors so this question is difficult, but I’d maybe say HoYeon Jung because she seems like the coolest person ever, and she’s such an amazing actor. I watched her in Squid Game, and was just blown away. I can’t say that my life is anywhere near as intense as that series, so it would be quite a different kind of acting job. Although, one thing that might be necessary for the role is musical ability, and I’m not sure if she’s much of a musician!

Definitely getting to open for Tom Rosenthal on his tour a couple of weeks ago! I swiped up to his Instagram story post about looking for a local artist to support him in Leeds, and within minutes he messaged back asking if I was available for the date! It was such a special memory that I will not forget, as it was my first show in Leeds- there was such an intimate vibe in the room and I felt a real connection to the crowd during my set.

I’d probably choose fried rice, purely for the fact that I already pretty much eat it every week… Since I started living away from home it’s been my go-to meal when I’m feeling lazy and it’s quite nostalgic because my mum used to make it all the time at home. It’s also quite versatile, in terms of things you can put in it, which would make it slightly less boring if I had to eat it every day.

My first EP is coming out pretty soon, and I hope that others will enjoy it as much as I’ve enjoyed creating it. I’d really love for my music to reach more people, and to play more gigs!