The Snap Election is now mere hours away. Weeks and weeks of campaigning, debates, non-debates, no shows, insults, slurs and the occasional policy proposal finally come to an end tomorrow morning when Britain will take to the polls and decide who will rule over us for the next five years. For once the choice is stark, in England the Conservatives and Labour are the only parties that stand a chance of forming a government, the latter promises an end to tuition fees, renationalised industries, more money for the arts and a properly funded NHS, the former promises, well, no one’s really sure, but it’s not going to be good is it?

Regardless of your politics, it’s hard to deny that most people’s expectations have been flipped on their head during this campaign. Labour have surged with a defiant Jeremy Corbyn at the helm, and the Conservatives have crumbled, Theresa May hiding from the public and the press, dodging questions about her record and repeating soundbite after soundbite in place of any substantial policy announcements. Despite this Theresa and her Tory pals remain ahead in the polls and look set to continue in government come Friday morning. All this and we haven’t even got into Brexit. We’ll spare you the diatribe.

If you’re anything like us, you’re probably getting fatigued of the election at this point. However, these final hours are the most important in any campaign. It’s when you actually have to vote and when all those undecided voters have to y’know, decide. So, to see you through the polls closing and the counting beginning we got three of our favourite politically-minded artists to give us their essential listening/ reading/ watching material for the next 48-odd hours. This is Notion’s Snap Election survival guide.

This was the song that turned me into a Frank Ocean fan back when “Nostalgia Ultra” dropped because it spoke my truth. I think this song speaks my thoughts, the world is in such a dark place right now, but I believe deep down we are all kind and we all try.

I think we are divided by agendas and everyone thinks they are right. I don’t think that anyone is evil by their own choice alone; I think social conditioning plays a massive role in how people turn but I think our most natural position is kindness.

For those who don’t know there was an incident a couple weeks ago when 2 heroes gave their life to protect 2 women from an extremist. I know this is an extreme example but I do believe its acts like this that will make all difference.

We really need to protect each other, most of us can identify with oppression in one form or the other, so we know that it’s a shit feeling. We really do have stand up for love and protect it, we have to be the change we want to see.

Bob Marley went to Zimbabwe to perform at their independence day and when he was there a tear gas was released into the crowd. His band left the stage but he stayed and kept performing. Again, I know this example is extreme but in that moment he chose love over fear.

With everything that’s happening in politics and the world, love has to be the answer. We have tried everything else, we tried wars, we tried hatred, we tried prejudice and we tried segregation. Law of deduction means only one option is left. Let’s give love a try and if we fall then we fall, but love is only logical option.

The song talks about how similar we are and still so wonderfully different. When politics come into play we always feel like we have to choose sides. We often condemn the other side in the process and de-humanising people and prosecute them for their decisions, instead of educating them or being open to the idea that maybe we are the ones that are wrong. Love is a full time job, even when it isn’t serving you.

“The first time I laid eyes on Jeremy Corbyn was at Marxism Festival in the late 2000s. Years later, right after he was elected leader of the Labour Party, I would have a dream that he walked in to my local pub, vaguely reminiscent of the Palm Tree in Mile End, and demanded I buy him a pint. It was London Pride, I think. Three beers later, we had put the world to rights, plotting capitalist overthrow and remapping his own party’s horrific stances on immigration and other oppressions. My affinity for him had been, by this point, burned into my subconscious.

Back then, however, he was simply a glint in my eye – a big, blazing, bonfire-sized glimmer, to be fair. Hearing him, a mainstream politician – and at other points in my life in the UK, John McDonnell and Ken Livingstone – speak with the same passion against capitalism, imperialist war, gender oppression and structural racism as David Harvey, Nina Power, Tariq Ali, and other Marxists, literally made my jaw drop to the parquet floor.

As you can imagine, this election, then, is somewhat of a watershed moment for me in my 11 years living in the UK. If I could vote, it would be the first time in my life I would vote, with some passion, for a mainstream politician. I even tried – and failed, given my American citizenship – to join the Labour Party soon after Corbyn’s first leadership victory.

Don’t get me wrong, Labour, and Corbyn, are imperfect. His party is responsible for some of the most regressive and repressive immigration policies in the history of this country, dating back to the 1950s. Back then, too, the mainstream unions actively ignored the struggles of their black and brown, largely women, comrades at Grunwick or within the Indian Workers’ Association. Marx even said a proletarian revolution was possible everywhere but in England, alluding to the UK’s unflinching allegiance to industrial, and later finance, capital, and the collusion of its working class leaders.

On the plus side, they’re now speaking in a language many have considered long dead in the UK, including most of the rats in the Parliamentary Labour Party. Their manifesto slogan, for the “many, not the few” is a re-appropriation of Marx’s dictum that “the history of all hitherto existing society is the history of class struggles”. This is a great start. They’re going after fat cats and their tax havens; they’re supporting Eelam Tamil self-determination at a time when many Tamil refugees face deportation to the recently deemed “safe” country of Sri Lanka; they’re talking about eradicating student debt and student fees.

Most of this would have been unthinkable a few short years ago.

So, yes, if I could vote, I would vote for Jeremy Corbyn. But don’t listen to me, listen to Stormzy, listen to JME, listen to Gary Younge, listen to China Mieville…and help cast Theresa May into the void, forever.”

Built around a sample of David Cameron chatting absolute rubbish, “Street Politician” is the hardest, most politically savvy UK rap song I’ve ever heard. That beat!

E.P. Thompson – The Making of the English Working Class

E.P. Thompson’s kindness and humanity bleeds through every page of this seminal people’s history of UK class struggle 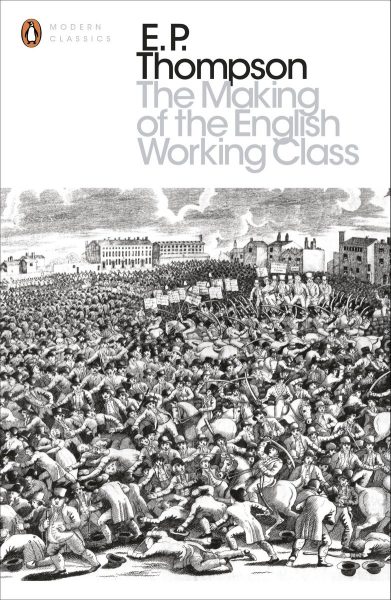 I read a hilarious review in The Telegraph of this record, which considered Let England Shake to be a great patriotic tome. In actuality, it’s an amazingly rendered, and incendiary, retelling of Britain’s nasty, criminal past.

Sivanandan, who I had the great pleasure to meet, is one of the greatest activists in modern UK history that few know about. A Tamil from Sri Lanka by origin, he escaped the racist violence of the S.W.R.D. Bandaranaike regime and walked right into the Notting Hill riots. This book best describes the history of black British class struggle. 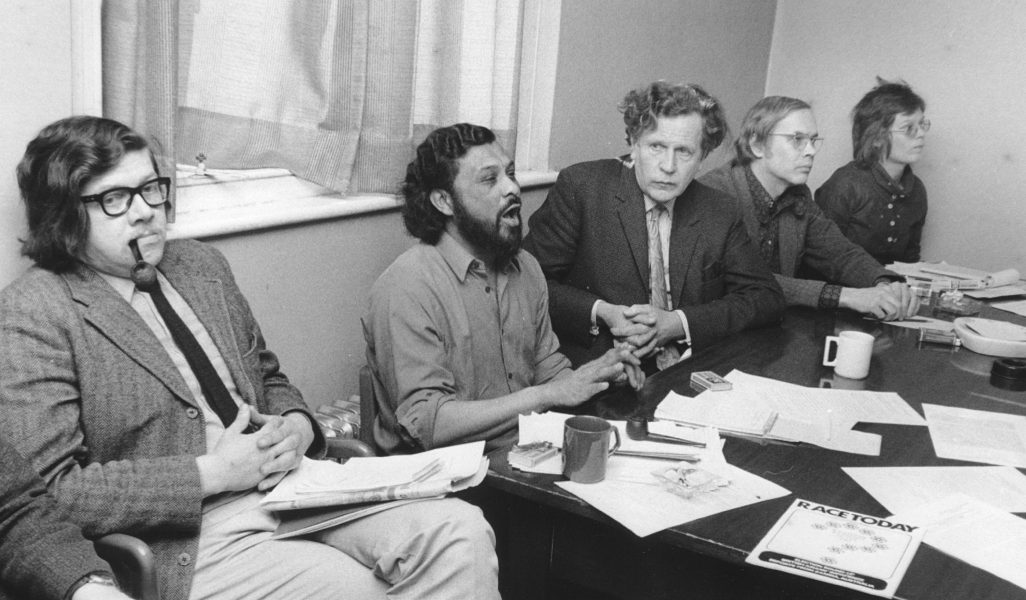 What else can be said about anarcho-punk rabble rousers Crass? Listen to this and get inspired to overthrow the Tory pigs.

This is going to be a bumpy ride – get the fuck in the water and let your mind & body diffuse back into the universe. Relax, whatever the outcome we will be together. Clamber out of the tank and rerobe. Choose clothing that affirms your support for the NHS – the greatest thing we have that picks this country up when we fall.

Now get the fuck in the booth and vote – relax and make the right choice (Labour).

Settle in for an evening in front of the box. Watch the election to its conclusion, microdosing on gin to sharpen your wits.

Now, whatever the outcome get the fuck on a plane to Berlin – you’re gonna dance family style like old and future times. See you there.