The New Yorker has been a musical nomad by embarking on a production odyssey, setting up mini studios in Airbnbs across the world. Luca, who is signed to boutique publisher One Two Many, is redefining the way music is created and produced by growing a global community of collaborators in a decentralised international movement to reimagine the meaning of the A&R process.

The evolution of music creation constantly reshuffles the music industry and particularly calls into question the role of gatekeepers in our modern music climate. Technology underpins this hot debate; songwriters and artists are producing studio-quality sound from their bedrooms and with more avenues than ever to release their own records, the DIY approach has grown to be widely accepted, not to mention catalysed by the global pandemic. Home production is the new vanguard of music culture as songwriters no longer need to rely on overpriced and elaborate studios. Luca’s reputation is flourishing amongst a collective of British artists who are shifting culture through community driven collaboration and relocating the studio to the coffee table.

Luca creates a shared space of collective freedom through A&Ring records from a raw, unfiltered condition of understanding. By removing the commercial expectation of record labels he can work on an artist to artist mentorship basis, allowing creativity to blossom from its very roots without external corruption. It seems that sheltering creativity and nurturing a safe space protected from gatekeepers is the true key to artistry. Read on to discover Luca’s secret to producing a BRIT nominated album from a living room… 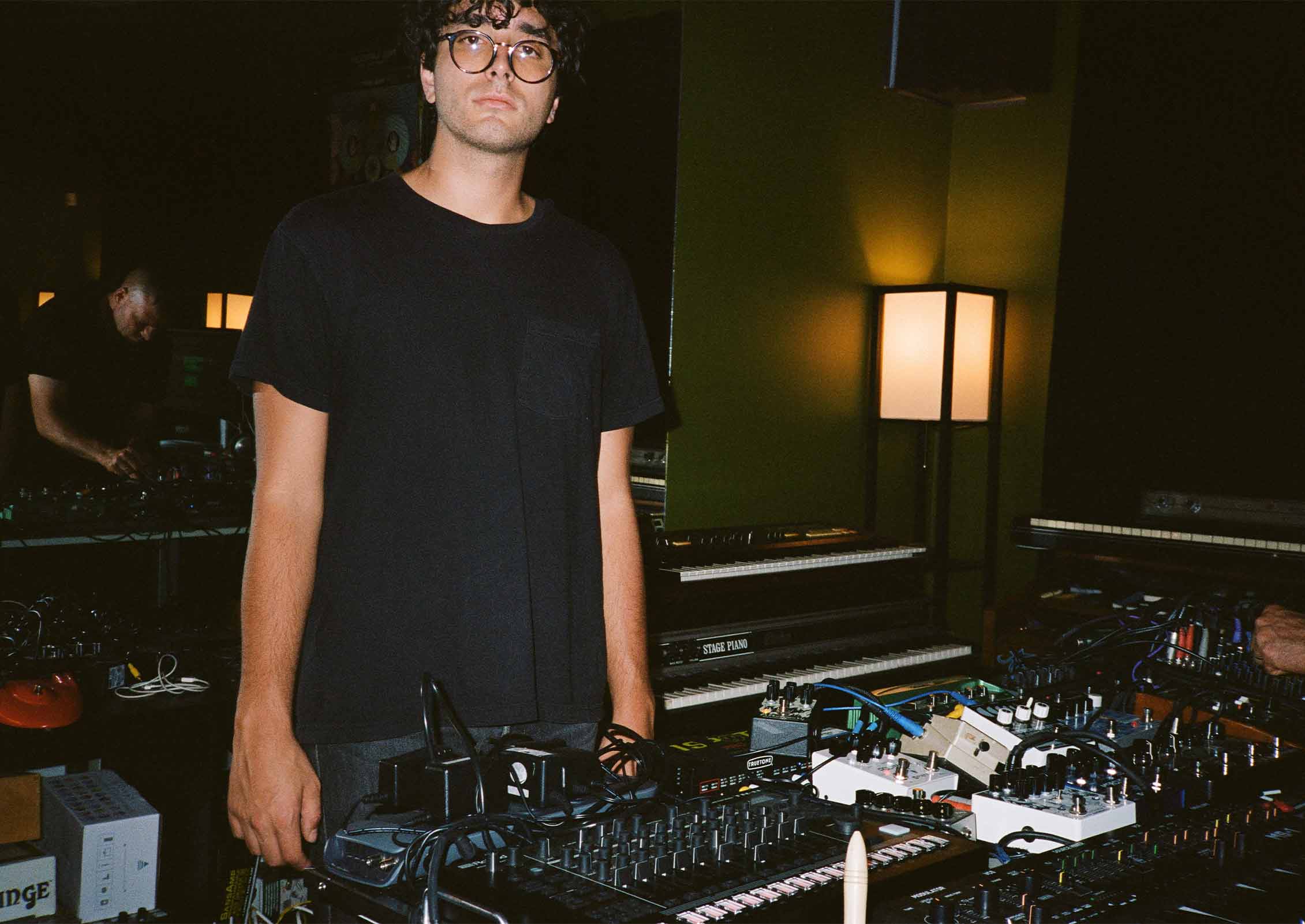 Luca! Introduce yourself and tell us what you do

I’ve been referred to as a song doula, and spiritual mentor. I like to create and am mostly known for my work as a songwriting producer.

Talk to us about how you are pushing music culture forward by normalising the DIY approach and moving the studio to your coffee table.

Using terms like “pushing music forward” is dangerous in my practice, as it boxes the creative process into a transactional based agenda. I’m really just trying to empower the voices of people around me and cultivate a sonic identity with them. I’ve worked with what I’ve been able to accumulate with instruments I’ve had at my disposal at any given time. Creating is a reflection of one’s environment so I try to encourage people I work with to be in touch with their essence when we’re working. Coming up as a producer in a saturated market where a lot of talented people exist can be an overwhelming experience. Especially for those who are new to it. It’s hard to meet, get to know someone, and make a great song in 5 hours. I’m always re-evaluating my process in order to be able to fully empower the artists I work with. This process currently consists of building a strong foundation with an understanding of the intention going in. I find that artists are more comfortable in a home setting rather than a full on studio.

How does the creative process transform when the commercial expectation of record labels is removed and you are working on an artist to artist mentorship basis?

There’s less noise and a more focused approach. The possibilities are endless when there’s not someone trying to get you to make something Harry Styles would sing.

When you take on a project with an artist, where do you begin?

I like to get to know the artist before I dive in completely. It’s nice to have a general sense of who they are as a person, their mannerisms, how they speak, what they like to do etc. All of this is informative to my approach. Every artist is different.

What do you feel is the most important element of the A&R process?

Trust in the development process is super important. One song doesn’t say it all, but ten will give you a better sense of where to focus. A&Rs that trust in the process and help facilitate the vision and empowerment of the artist alongside me are the best ones. Those who just want “hits” or “something that sounds like someone else” are annoying and I don’t like working with them.

Let’s talk about Arlo Parks and ‘Collapsed In Sunbeams‘. How does an album produced in a living room climb to top 3 in the charts?

A lot of love went into making that album. We set our intentions before we began and put 100% of our energy into it. I don’t know how charts work, nor do I try to make chart topping music, so what seems to have worked with this album is our honest approach and trust in each others’ vision.

How did you help Arlo transform her poetry into a beautiful debut album?

Arlo and I have been nurturing this particular sonic identity since 2018. I think the album is a reflection of that fully realized sound. The environment we put ourselves in, the soundbeds, and our experiences hanging out are the tools that empower Arlo and I to make music.

Choose one of your favourite tracks and tell us how you brought to life the story behind the song.

I made the drums for “Eugene” – Arlo rang the doorbell – I let her in – recorded the bassline while she walked up the stairs – she came inside and instantly vibed. I think we finished the song in 45 minutes.

Talk to us about how you cultivated the sound on the album and how it supports the narrative running throughout the 12 tracks?

Arlo is truly responsible for cultivating the sound and narrative running through the 12 tracks. Myself, alongside Paul Epworth, and Ewen and Callum Merrett are empowering the vision.

You also are working with Easy Life, Lola Young and Biig Piig right now. Can you give us any clues about what to expect from these artists?

Easy Life is so fun to work with. I have a great time with them. Lots of laughs. I wrote a song with them and my brother Alessandro that will be on their upcoming album. Biig Piig and I make beautiful deep and dark tunes. She’s super fun to work with…I can’t show her music without having a microphone ready to record. Lola is great, we’ve written and produced a bunch of songs together. It’s a privilege to be in the same room while she’s singing. Powerful shit.

Finally, name a few of your dream collabs you see yourself working with in the future.

I’m excited about artists that are willing to dive in and bring their vision to life. “Yesterday I was clever, so I wanted to change the world. Today I am wise, so am changing myself.”