Music lover and music maker, Nabihah Iqbal tells us all about her booming career!

Nabihah Iqbal has her fingers in all the pies (not literally of course, but creatively). With a MPhil (focused on South African history) from Cambridge, experience working in human rights law and a black belt in Karate, the London-based musician, producer, DJ and broadcaster is a sought-after sonic force (and someone you don’t want to get in an altercation with!). Formerly known as Throwing Shade, Iqbal abandoned that moniker to embrace her Asian heritage, which often transpires in her hypnotic sets.

Before her booming career, Iqbal was a regular student – juggling demanding deadlines, 9ams and society events, she decided to take classes in various music styles including Gamelan and the Turkish classical tradition. After graduating with flying colours, the aspiring musician packed her bags, along with her trusty Sitar – a large long-necked Indian lute and moved to Cambridge to further her education. Since then, the musician has returned to London, released her debut album, ‘Weighing of the Heart’ and has garnered huge critical acclaim from the likes of The Guardian, Pitchfork, Dazed, The Observer, Q Magazine, BBC Radio 1 and 6Music. Most recently, she’s collaborated with Somerset House Studios, a new experimental workspace in the centre of London connecting artists, makers and thinkers with audiences, to deliver Glory To Sound, a series of events (talks, live shows and club nights) to experience and explore music in all its “glory”.

Talking about her career, influences and more, Iqbal’s list of creative endeavours has resulted in a catalogue of achievements that we’re still crooning over. Here’s what she had to say: 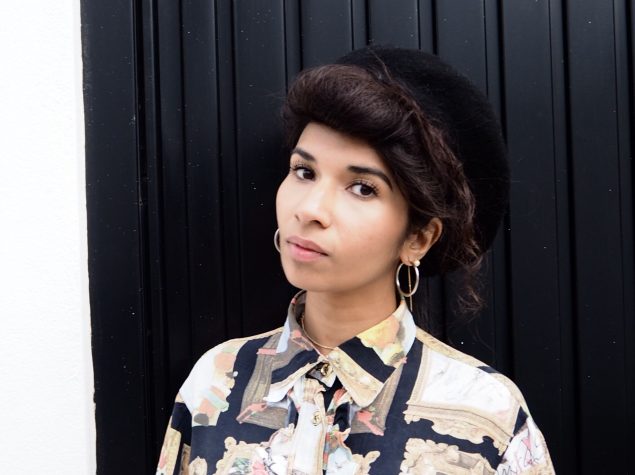 Tell us about why you wanted to launch the Glory to Sound series.

It’s all about getting back to the essence of music – focusing on why we love music and how it makes us feel, whether that’s by listening to it, talking about it, or dancing to it. I didn’t want there to be boundaries in the types of music that GTS showcases, and I also didn’t want there to be boundaries as to what each event should be like. That’s why the series includes talks, podcasts, and live performances as well as club nights.

Tell us about how you go about selecting the people that are featured at the events.

All the people that I’ve asked to participate in the series so far are people that I’ve crossed paths with in the last few years that I’ve been focusing on music full-time, and they are people that I’m really inspired by. For the talk series, I’ve invited people to take part who aren’t primarily musicians (David Olusoga, Wolfgang Tillmans, Gilles Peterson), but who all have a close relationship with music in their life and work, and who I know will offer interesting and insightful perspectives on what music means to them and why they love it so much. Lucinda Chua, James Maloney, and Khyam Allami have all performed live as part of the series and I chose these particular musicians because they’re all incredible at playing their instruments and all three gave very moving solo performances. The audience was really able to focus in on the relationship that each of these musicians has with their particular instrument – the cello, piano, oud – and experience the energy created in an intimate space. On 12 April, we’re going to be doing the closing party to mark the end of this 6-month series at Somerset House Studios. It’s a club night that’s going to take part in the dungeon of Somerset House Studios and it’s going to be all about a multi-sensory dance experience with Kassem Mosse as the headliner.

What are you hoping to achieve with the Glory to Sound series?

My main motive for starting this series was all about sharing music that I’m passionate about, and getting people that I really admire to share / perform music that they are passionate about. It’s all for music’s sake – music and nothing else. When I was curating the events, I wasn’t thinking about styles or genres or anything like that – it’s just about the appreciation of different sounds. The music has stretched from experimental oud, to cello mixed with loop pedals, to dubby techno… I just want people to receive all of these events and sounds with an open mind and an open heart, and hope that they will experience something new. It’s a journey of sharing and discovery, and hopefully the experiences will stick with the people who attend the events.

Why is Somerset House Studios the perfect place to host this kind of series?

Somerset House is an iconic building in the middle of London that already has a great cultural programme so it’s really an honour to be able to contribute to their event series. It’s part of this city’s history, and I appreciate the way that the people occupying the building now are aware of the importance of redefining these sorts of spaces, and keeping things moving. The Glory To Sound live music events took part in an abandoned rifle range inside the building, and I love the beauty and the poetry of the fact that we are redefining a space which was once used for a violent act, and now listening to the ambient dreamscapes created by cello and piano in there. For the music events, all the artists and DJs have to work with and adapt to the unusual spaces within Somerset House Studios, and this makes the whole process a lot more unique and exciting. These days you were a lot of people making remarks about how venues and clubs around London are closing down, and being able to curate a series of forward-thinking music events in a palatial building right in the centre of town feels like the antithesis to all of that. It’s proof that the energy of a big city like London can never be suppressed, and it gives myself as well as other young artists hope that we can still claim to be part of this city’s creative tapestry.

Tell us what you’ve got planned for the future of the series?

This is hopefully just the beginning. All the events at Somerset House Studios have been really successful so far, and so I’d love to be able to continue organizing more events: talks, performances, club nights. I’ll be launching a podcast series so that people are able to listen back to the talks and performances because I just want as many people to be able to access the music / talks as possible.