Back in 2020, Krept and Konan embarked on their hunt for the rap scene’s “next big thing,” expecting nothing but the best in the league. It’s every upcoming MC’s dream to have the UK rap industry veterans from the likes of Wretch 32 and Kenny Allstar cheer you on from the sidelines. For 21-year-old Leeds based MC Graft, it became his reality. We caught up with him over Zoom to get to know him and find out his plans for play.

Hailing from Leeds, West Yorkshire (UK) and of Jamaican and Kittitian heritage, Graft, aka Jovanni Sterling spent childhood dinner times penning lyrics to his parent’s soul albums in Chapeltown, a small suburb north-east of the city (where he’s pictured.) After two years at Leeds United Football academy, he eventually made the hard decision to part with one love to commit to another, moving from the pitch to the mic. Aged just 16, the artist released Avelino-esque “Chapters” – a vulnerable recount of his own struggles, reminiscent of poetic ability beyond his years and a sign of his old soul.

Fast forward to now, it would do perfectionist Graft an injustice to credit all his successes to his impressive win on the show. From being crowned the winner of the 2018 MOBO un-sung heroes award to sharing the stage with Tion Wayne, Wiley and Bugzy Malone and shelling a Charlie Sloth Fire in the Streets, Graft’s score sheet before his big win was equally impressive. But when talking trophies and accolades, Graft stresses that “the awards don’t mean much if I’m not changing my life.” 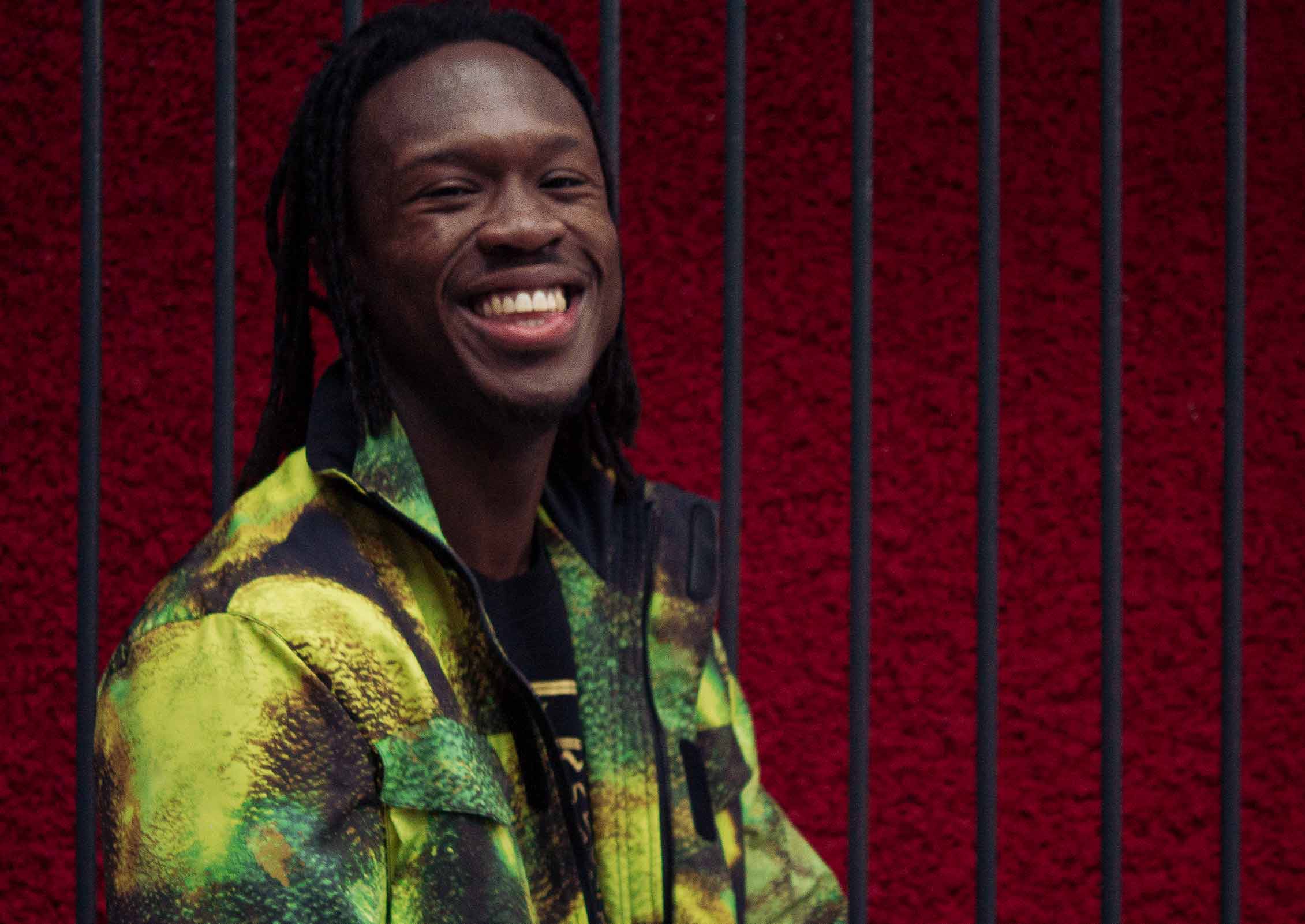 The artist’s modus operandi is militant, relentless bars full of raw energy, studded with patois switch-ups and relatable, wheel up worthy puns and punchlines – but his uniqueness resides in his authenticity and mission to inspire. Citing Potter Payper and Youngs Teflon as creative inspirations, his versatile first body of work materialized in 2017 pic-n-mix style album titled “All Sorts.” From riding Sheffield-style funky Niche-baselines on “Man Like,” and “Lyrical Pros,” to channelling his dancehall roots in “Hold It,” its undeniable the MC can adapt and evolve. But it was his slick “Nothing but Facts” freestyle, which gained over 28K views on YouTube, that got the ball rolling.

Graft’s thick, wholesome Leeds accent over nostalgic samples represents a need to question an industry that places London MCs on a pedestal. Graft remains vocal about shining the floodlights onto Leeds, especially as no established UK rap artists hail from the city. A familiar face within his community, within 5 minutes of being back in his hometown the local supermarket owner greets him like he never left.

Featuring in Complex’s shortlist for Rappers to Watch in 2021 representing 0113, Graft’s time has come. His mission? To put Leeds both on the map and on the minds of the UK scene and beyond, all whilst making the most important woman in his life, his mum, a very proud lady. Notion catches up with him on parallels between Leeds and London life, his dream collaborations and what we can expect from his new single. 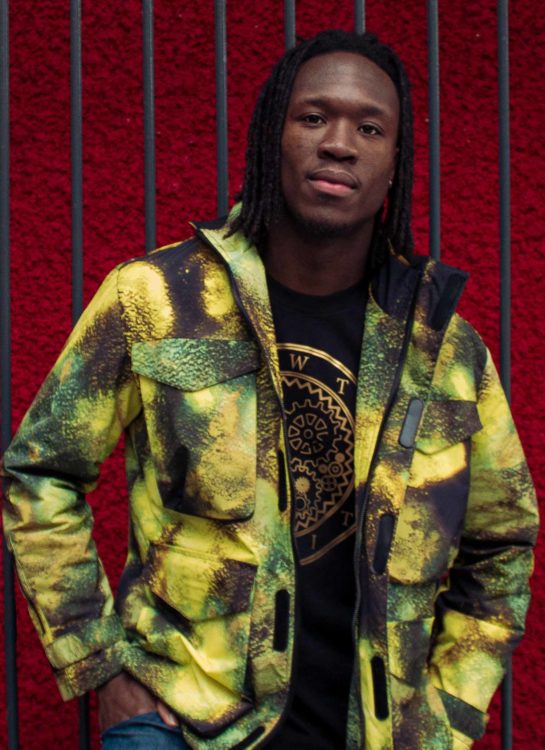 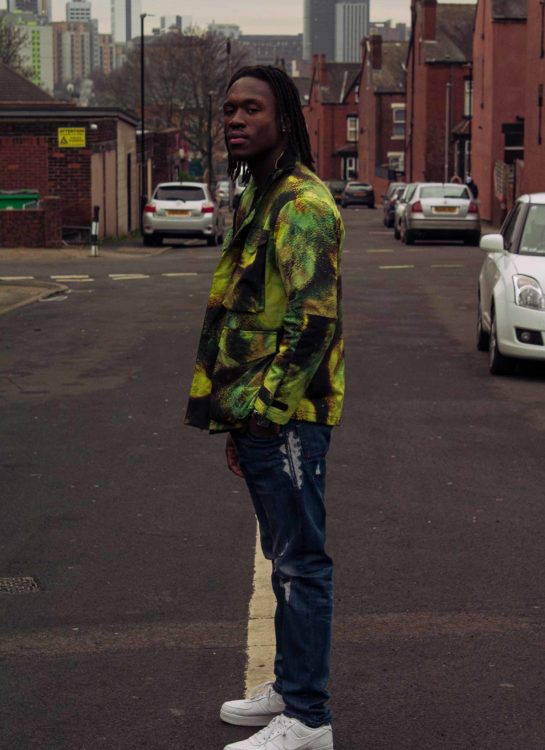 Have you felt like your life has changed significantly since winning The Rap Game?

Boy, it’s been a hectic time, it’s a blessing and it feels really good. But not really man! Obviously, the main difference in my online presence, more people that know me etc. I don’t feel like my life’s changed yet.

Until the second round in episode one, it looked like you weren’t one of the strongest contestants (but you turned it around and did a Leicester City circa 2016 afterwards). At this point though, how did you feel?

Going onto The Rap Game, I honestly believed I was going to win. I was so frustrated man! I’m a perfectionist and I beat myself up if I know I’m not doing what I know I can. You can see it in my face man, I’m in my head like – come on! After that first episode, I had to bounce back.

For those who don’t already know, you already had a couple of incredible accomplishments in your rap career before your appearance on the show, including winning a MOBO unSung award in 2018, and sharing the stage with Tion Wayne, Nadia Rose, Bugzy Malone. Talk to me about how this was for you.

So the awards I’ve won, all of that is a rewarding feeling because the hard work I’ve put into my craft has been recognized on a global scale. But, the awards don’t mean much if I’m not changing my life. What it means to change my life is to be financially stable, to move my mum out, and have a long successful career. Awards are nice, but my main focus is really establishing myself and making the most out of the music industry. 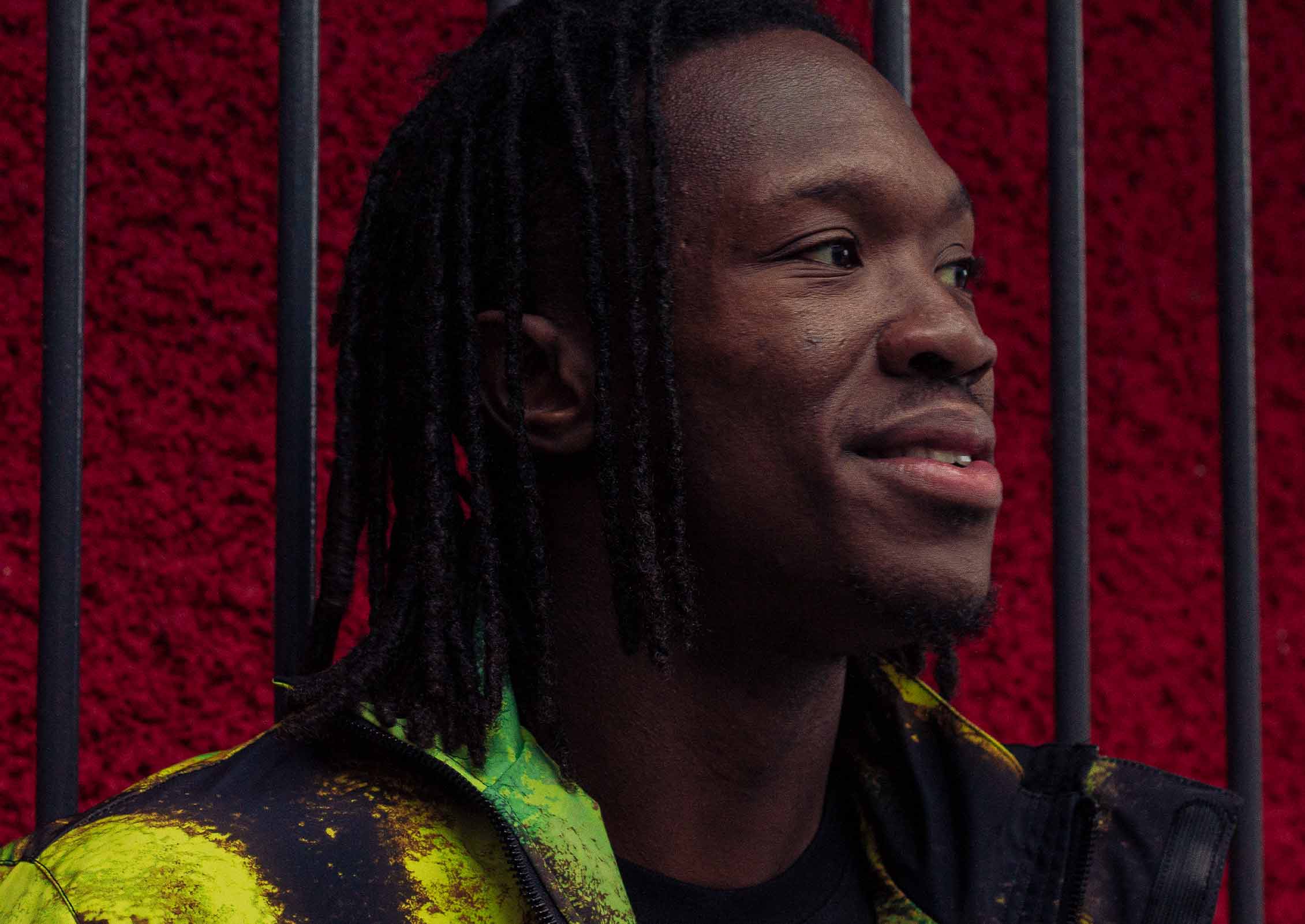 What kind of music was playing when you grew up?

The music around me was lover’s rock, reggae, R&B, soul. That was from my parents and my family. Then what I grew up on was genre, rock and hip hop. But I’m grateful for it because it’s embedded my style into who I am today.

You used to play professional football for Leeds Football Club. What did you learn in the game that you carry over to your skills in the music industry?

[In] football, the skills I learned are very transferable. A lot is in the mindset. Practise, discipline, hard work ethic and goal setting. But for me, football is such a fast-paced environment, so fast, it’s very similar to the music industry. Also, the self-belief in football I carry over to the industry. Its resilience. Link it back to episode 1 when I messed up, it takes a lot of resilience to bring it back.

You’re a Yorkshire lad, representing 0113. For people who don’t know about Leeds, what does Leeds mean to you?

My perception of growing up in Leeds is wholesome. Community, fun times, difficulties, things you have to overcome. But the community, people want to see people from Leeds do well. A lot of successful people we see in the media do tend to be from London. It’s very family orientated even if you don’t particularly know that person. People in Leeds are more approachable. Like you see a random person on the street and you say hello, good afternoon!

Do you think there are parallels between Leeds and London life?

Yeah deffo. Parallels are very similar. The upbringing is similar. Both poverty-stricken areas and areas with lots of diversity, Black, White and Asian and other ethnicities. There’s a lot of togetherness within the community, but also a lot that you could deem as negative. It is very similar man. 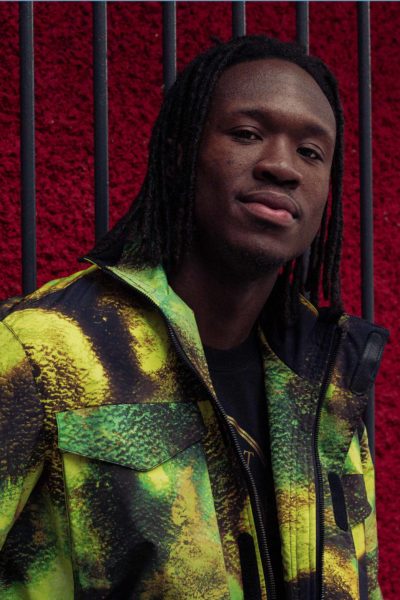 As a young Jamaican / Kittitian growing up in northern England, how do you channel your roots into your music?

Yeah! So I use the twang in my raps. I use Patois. I like to keep people engaged in my music. I focus heavily on the tonality, the wordplay, the concepts that I’m rapping on.

You’ve cited Potter Payper and Youngs Teflon as influences for your style. They both channel their pain through lyricism. Do you find it soothing to channel your pain creatively?

Yeah, man. Music is therapy. I swear to you. Everyone goes through their own shit. I’ve always used music to express myself creatively and to channel my feelings. You can see that when someone is honest and real in their music, it really resonates with millions of people. Nobody is perfectly happy. So the reason I take inspiration from those artists is because they’re real.

You’ve showcased that you perform well under pressure. What are your coping mechanisms to maintain confidence during testing times?

I’ve experienced a lot and life has thrown a lot at me, so I know I’m going to succeed. I like to use the nervous energy and flip it on its head, channel it and use it to drive me ahead. I also meditate a lot! 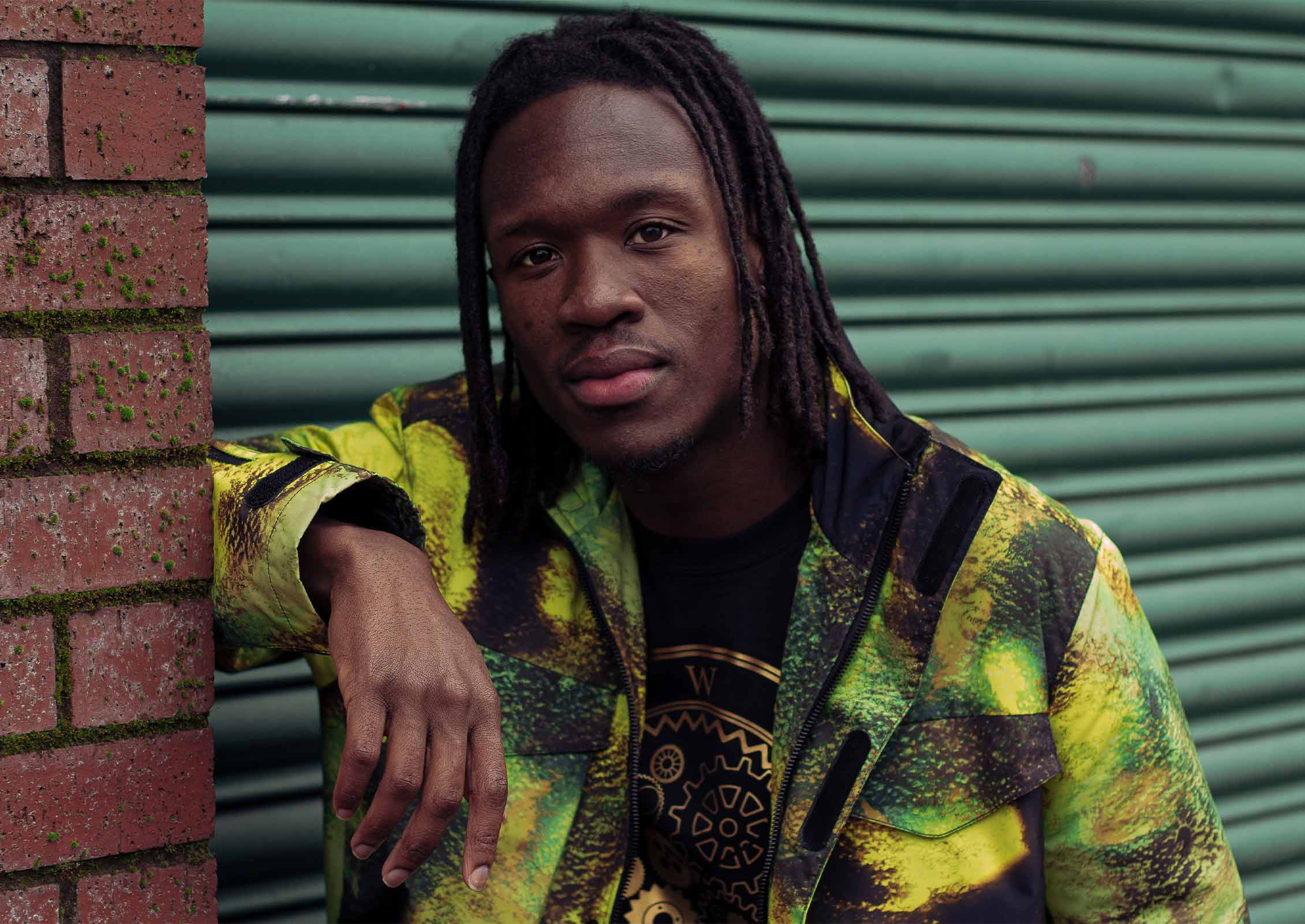 How would you describe your creative process?

I normally write to the instrumental, and dependant on how good it is, I’ll go off that. I’ll listen to it, assess how it makes me feel, and then I’ll write to the music.

Kendrick. The way he thinks, his creative process. I think there’s nobody else like him. For the UK, my dream collaboration would be Potter Payper, Dave and Chipmunk. Chip’s one of the best MCs in the world.

And lastly, what can we expect from your new single?

I’m still in the process of curating the sound. Like you said, I’m versatile, I need to make sure the sound is right.  But saxophones are involved. Patience!