Having the confidence to know and trust your journey is a skill that not everyone possess. Too many times we question ourselves over the ‘right path’ and whether our actions could negatively impact some future unforeseen possibility. Harrison Osterfield is not one of these people.

Perhaps more known online as a result of his friendship with the current holder of the title ‘Friendly Neighbourhood Spiderman’, Tom Holland, Osterfield has worked on both sides of the recording camera, giving the actor a look at the inner workings of the industry at all levels.

Now with his new project, Netflix’s The Irregulars, Osterfield is making his long-awaited mark on the industry. Starring as the character Leo, The Irregulars tells the story of a group of teenagers that appear throughout Arthur Conan Doyle’s Sherlock Holmes saga. With the production, the series takes a look at figures that make up this group; their lives in Victorian London as young people with little or no support and their work in solving and the increasingly supernatural mysteries that Holmes usually takes the credit for.

Notion caught up with Harrison to talk about his career journey, what we can expect from The Irregulars, 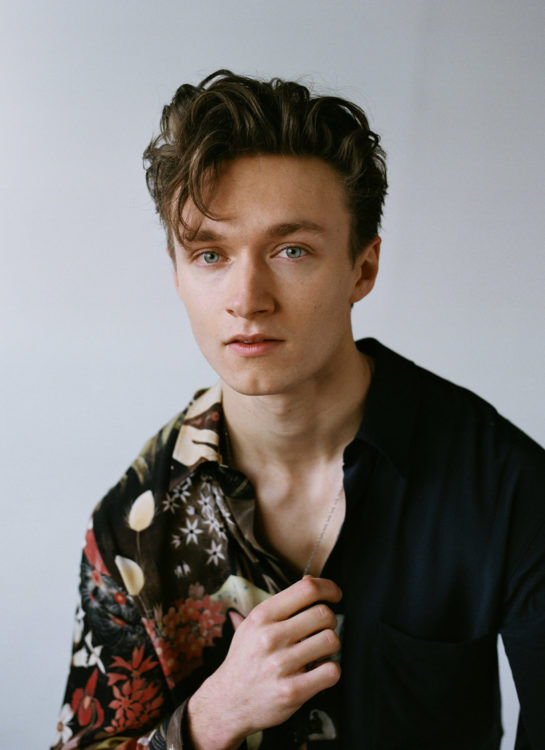 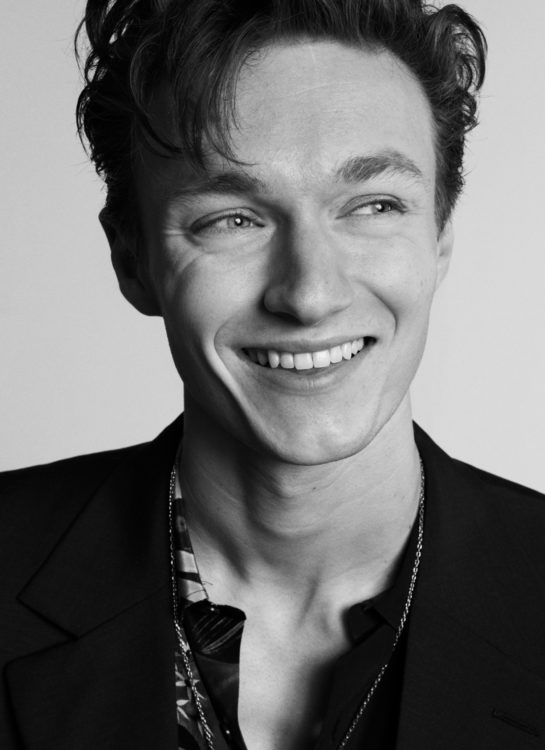 You studied at the BRIT School and LAMDA. What made you want to become an actor?

Yeah, you sort of pick your path once you go to those schools. Before that I went to a very academic boarding school and there was this girl that I really liked in after school drama club. I thought it would be a good idea if I joined up and impressed her. I did not end up getting the girl at all, she wasn’t interested in the slightest but the acting thing’s actually turned out okay!

It was sort of a big leap for me to go from a very academic school to something so performance arts based but as soon as I went there it was eye-opening. It was like walking into Fame the musical, there were rap battles going on and all the thespians were outside with their skulls learning lines. It was really eye-opening, and it let me loose from my academic brain and once I started, I just loved it.

You play the character of Leopold in the latest Netflix drama, The Irregulars, what can you tell us about Leopold?

The drama is set in Victorian England, I play Leo the Prince of England and he is the actual, factual youngest son of Queen Victoria, which was so much fun to play because I’ve never played a factual person before. Leo has been kept in his bedroom for 17 years in Buckingham Palace because of some underlying health problems he has, which you’ll find out later in the series. So he’s always been wrapped up in cotton wool and for his 17th birthday his one wish is to leave the palace and experience London. When on that trip, when the wish is granted, he encounters The Irregulars and once he meets the guys who are doing some cool stuff with Doctor Watson and Sherlock Holmes that’s where he wants to spend all of his time.

But he doesn’t let them know that he’s the Prince because he wants them to accept him for who he is rather than his royal stature, so straight away there’s a lot going on internally which has been really fun to play.

So, I had to do a lot of research into it really, because of his health problems, he was quite frail. So, I bought myself a collapsible walking stick and, in the hotel, I would just walk around the corridors with it, which was quite fun. You have this factual information and obviously all of it can’t be included, it’s a fictional piece, but it was fun to look into that and coming from an academic school I like to rehearse, and I like to research, so it fits into it all very well.

People speak of him very highly of him, he was very witty as well as kind and charming. So, you have these little tasters but to be able to explore it in an 8-episodic experience is really a positive experience. 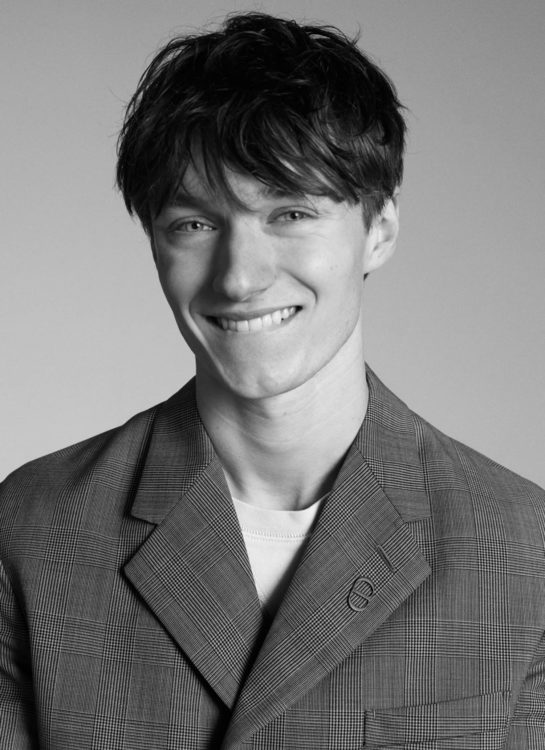 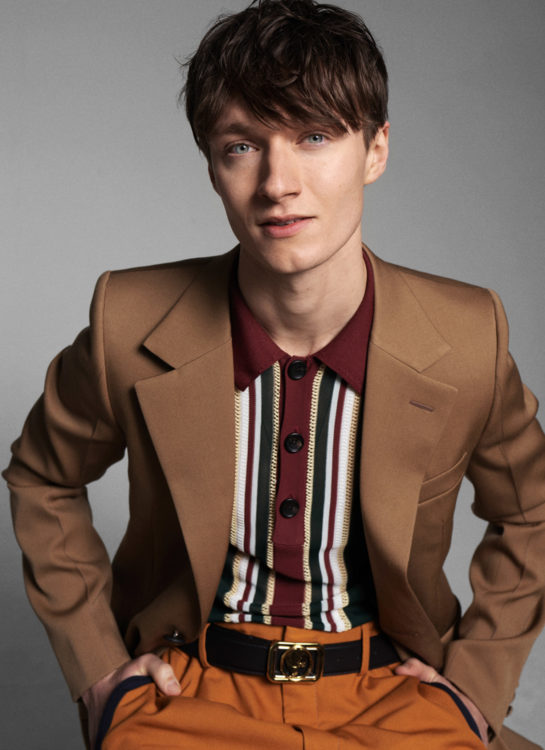 What skills/lessons did you learn whilst on set?

This is my second big job, so it was a very new experience for me, and it was amazing to be working on a project for 8 months. Just the resilience you need to have to not burn out to know when to take a rest or when to work hard, it was a real learning curve for me starting out and a great one to be in.

What do you hope viewers take from the drama?

To connect with it and to empathise with the characters. In creating 5 characters that no one really knows anything about in the Sherlock Holmes universe, our creator and writer Tom Bidwell made them engaging so that people can empathise with them, their storylines, their relationships and who they are as people so that people can feel that emotion back home. I think he’s done an amazing job with that. For viewers to get it, and also watch it, that would be a bonus.

You’re perhaps most famous online for your bromance with Tom Holland, who you worked for as a personal assistant whilst Holland played Spider-Man on Spiderman Homecoming and Avengers Infinity War. The bromance was declared the bromance to end all bromances by MTV – even outperforming Matt Damon and Ben Affleck. What’s it like to be put in the spotlight in this way?

We met at the BRIT school close to 10 years now. It was a case of walking into BRIT school and seeing all the crazy things there and the people and thinking maybe this isn’t for me and then looking around the room and seeing another boy thinking something quite similar. That was Tom and then we became best friends pretty much the day after that.

It’s been a strange, it’s been a rollercoaster with the whole social media thing as well I find it baffling how I can upload a photo of me boiling an egg and it can be seen by 100,000 people, it’s like wow! I hope this egg’s worth it! It’s been a very strange thing; I’ve been very lucky that the attention I’ve got online is positive and the people have been so supportive and that’s why I’m so excited for this show to come out and for them to see what I’ve been working on that last 2 years. So, I’m really looking forward to that (no pressure!)

How did your experience working as personal assistant inform you about the industry and your career?

Very much so, I’d finished drama school at LAMDA and Tom was going star in his first Spiderman movie and he was like ‘oh they’ve given me the opportunity to bring someone along do you think you’d like to come along and we can run lines and you can see how these films work’ and I was like f**k yeah! let’s go! So, it was an amazing experience to see these huge budget films. Drama school was incredible, and I learnt a lot about acting and growing as an actor, but it doesn’t teach you how to be on set. It was a completely new world and I made so many new contacts. I met my manager; I met my team and after two years of working together I made the leap to try it out myself.

It was interesting to see the main actor and how he interacts with the crew, how kind he is with the crew, learning their names and having conversations with everyone. It can be a bit misconstrued a bit, but Tom is a perfect example of how to be on set and someone to look at but also see behind the scenes of each department doing their work and working alongside them was a real treat. 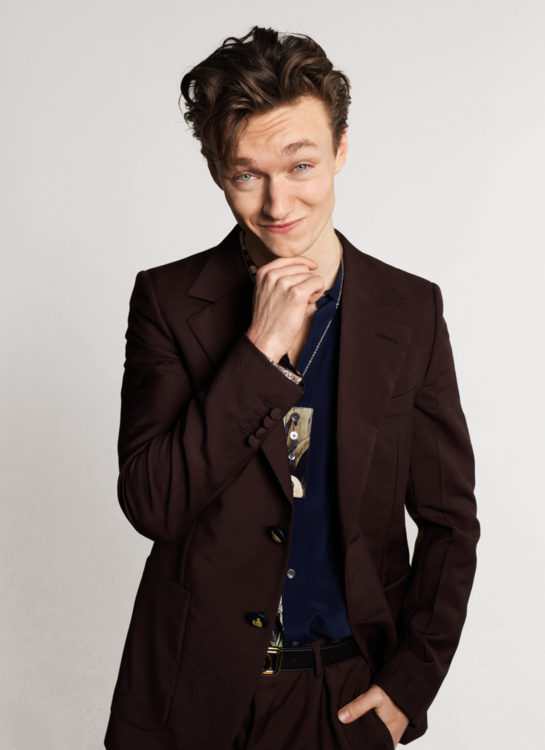 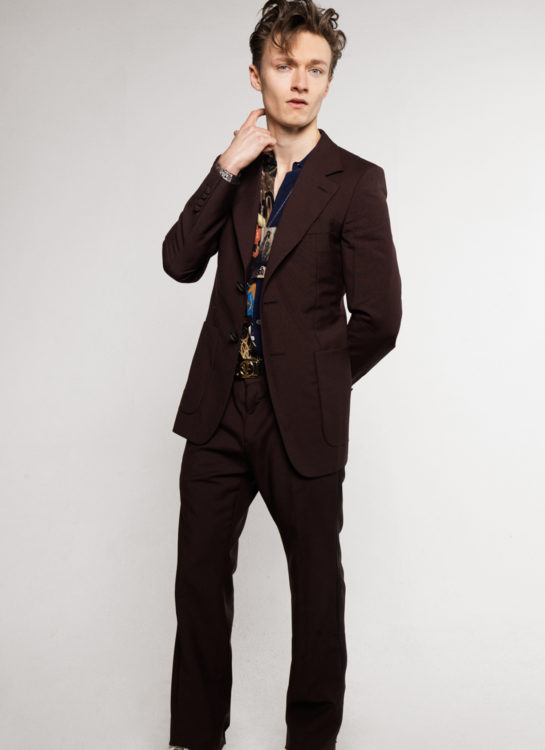 As a result, you have a huge online following, and even a Harrison Osterfield day (July 4th). Does it ever feel weird that so many who you’ve never met in person discuss you so much online?

I try not to think about it too much, it’s a bit difficult when you’re looking at your phone and all these people are just discussing you. It’s a weird thing but most of the reaction has been positive but even the negative stuff I just take with a smile and read them out to my friends. I’m glad they’re laughing with me and not at me, it could be one of them making the messages(!).

I think you have to take everything with a smile, you can be so vulnerable to what people think about you but as I’ve gotten older and come to terms with it, it’s an amazing thing to build this show bigger and build my projects. I’ve turned it into something much better and I’m enjoying it.

Because I was going to be locked in a hotel for about a month while filming the rest of The Irregulars I was like I’m going to get pretty bored. So, I did a bit of training and then I realised I could raise some money as well. The charity is very close to my heart, it’s run by my best mate’s Dad and I’ve known my other mate for about 20 years, and he’s been running that charity. I’ve always done something for them growing up, I’ve done 10k runs before and I did the marathon with them as well. It’s always been close to my heart and to raise a bit of money for them in some very difficult times was very important for me to be able to do.

I tried to get some of my friends on the cast involved and so I was doing 100 chin ups a day for 30 days and they contributed maybe…20? So that was good – I really appreciated the gesture but I didn’t get any messages of people doing it themselves but hopefully as I do more fundraisers, people can start to do it as well.

Those causes don’t go away, they keep coming and they take a backseat [during the pandemic] so it’s important to keep them in the limelight and keep trying to raise money for the causes.

If you could work with anyone on your dream film/TV series, who would it be?

I think Tom Hanks would be a really cool one. He’s one actor where I just look at all of his work and it’s sooo good, there isn’t one film where I’m like ‘oh you were a bit off there’ he’s perfect throughout, so to be a part of something that he’s doing would be amazing.

What’s next on the horizon?

At the moment there’s some cool projects going on. I’ve got an amazing team behind me but solely now I’m just focused on getting this show out. It’s been close to two years in the making so I’m just really excited for it to come out and see what people think of it. There are some things coming up in the future which I’m looking forward to, the sky’s the limit.

Watch the trailer for The Irregulars below: