Personifying his demons in order to help tackle them head-on, Australian indie-popper Hauskey has just released the first of three chapters documenting his mental health journey over the past year. This first one in particular focuses on the pit he found himself in during lockdown, penning heavy themes against a light sonic backdrop.

A rich and soulful (albeit depressing) release, ‘Emilee: Part I’ is a thematic contrast to his last EP, debut 6-tracker ‘Slow’ which focused on the ups and downs of being in a relationship. Instead, he lyrically hones in on the downs in a relationship with a physical manifestation of his most dread-induced thoughts.

Although he has now fought off what he has now dubbed ‘Emilee’, this project details that rugged battle; beginning with the bottomless darkness, Hauskey promises that the two planned follow-ups will detail a trippy re-examination of self and the well-earned resolution in which he now resides.

With a wealth of material at his fingertips – and which we hope will eventually see the light of day – the Sydney-based artist abandoned forelaid plans to reveal a story that felt more important, and rightly so. While collaborations with the likes of Hope Tala and Eves Karydas proved fruitful, it is undeniable that the mastery Andy Hopkins has over vivid soundscapes offers a potent insight into the world of his transparent musical ego.

For now, Hauskey shares what it’s like to observe your lowest points from a distance and the anxiety of exposing them to the world, at the same time as having your TikTok sounds utilized by Britney Spears. 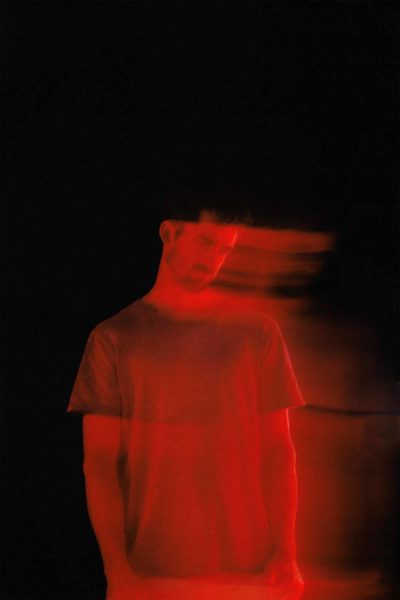 Lockdown was rough for everyone, but it sounds like it put you through a particularly nasty ringer?

Now that I’m past the stage of where I was at while writing ‘Part I’, going back to it is a weird experience. I’m looking back at a different person, in a lot of ways. I went through this whole ‘journey’ – I hate that word – in a 16-week lockdown in Sydney, and went from a pretty dark place to where I am now throughout that period. I’m super grateful for lockdown retrospectively because it was a period where you had nothing but your own reflection to look at. You couldn’t run, you couldn’t hide, and you had to confront who you were and all your demons within one space. I’m super grateful for that time, I don’t think I would be in the place I am now without it – I’m the happiest I’ve ever been.

Did that journey immediately appear to you as three distinct stages?

I knew I wanted it to be a story. It felt like it had sections of being absolutely trashed in depression, accepting that I had to take some responsibility for doing something about it, then to the point I’m at now where I have -newfound self-love and self-respect. This is shit that I used to think was really corny but now has complete merit to me. We had a whole other project planned to come out but it got interrupted through that lockdown – that EP is on

my hard drive, the label was ready to put it out, but I started writing new stuff and that felt like a more genuine direction for what was happening to me, to my story. It was going to be a mixtape originally but we wanted to make sure that each section of emotion got its own spotlight, its own distinct identity and attention.

Is there a moment in this first stage that has the most meaning to you?

That’s definitely “Face Down” in terms of pure lyrical honesty – there’s a lot of me going into the specifics of a time I tried to commit suicide by self-strangulation. There are some heavy words in that song that go into a bit of intense detail. In the third act, I subtly reference that song, about how it’s weird that I’m so upfront in these tracks. The others are still meaningful but don’t go into literal detail about how I tried to kill myself, that’s really a lot to throw at a listener.

You’ve teased that the next couple of drops revolve around trippy awakenings and then some sense of resolution – even now, is this mental journey one you think has truly resolved?

The thing I realized while getting my mental health together is that it’s a series of habits that you have to keep doing throughout your whole life. It’s not a state you reach where it’s like ‘oh great, my mental health is fixed, I can go back to all my shitty habits’ – mental health is not a state, it’s a series of actions; it’s a habit of doing the safe, healthy things every day. I wake up and my mornings are so different from the way they were, and that’s stuck with me ever since. I’ve set myself up so that if ‘Emilee’ does find creep back in on any given day, she has nowhere near the same impact as she used to.

Is that how you envision it – ‘Emilee’ is personified depression, a being that you have to learn to accept the existence of?

Yeah. I wanted to give my depression a character, a personality – I wanted to physicalize it. When we talk about depression, a lot of the time it’s hard not to get trapped in clichés. I wanted to feel like I was singing about a person or a relationship like my depression was a struggle with a being rather than just dopamine and serotonin. What if ‘Emilee’ is a person and the story is about parting ways with depression? How can you frame that as a break-up? We relate to those stories far more than vague concepts of psychology. The idea of good vs evil is an easy-to-follow story, so I wanted to do that – give this evil a name and a face, an entity to reside within, and let that relationship play out over three acts.

Was that more to help you process the concept or to help others understand it?

Both. It was easier for me in the sense that I could sing to ‘Emilee’; it was a way of compartmentalizing myself. In “Face Down”, asking “do you remember when you had me by the throat”… it was obviously me that had myself by the throat, but giving that part of me a name and saying she had me by the throat while also accepting that we’re the same being was somehow easier to accept.

These songs obviously explore a totally different relationship to your debut EP ‘Slow’ – how do they sit comparatively in your mind?

There’s a lot of that first EP I didn’t like. I’m really proud of this new project; sonically I think it’s cooler, my mixing has got a lot better from a technical standpoint and I like that there’s a bit more cohesion. I love when albums and projects have a theme: this is where I am right now, this is what I’m going through and this is what I want to say. Whether or not it sonically makes sense, a lyrical through point is always cool. The idea of doing that across three different releases is something I haven’t seen done, which was exciting.

As this EP shows, Hauskey is a very personal project and you take control of writing, recording, producing and mixing. Do you enjoy letting others into your creative process?

I moved to Sydney originally as a writer and producer with no ideas for the Hauskey project at all, but I released [“Slow”] on a whim, not thinking it would work out or that anyone would enjoy it. The fact that it took off at all is still strange to me. I don’t find it difficult to turn off the Hauskey side of me because it’s obviously a very personal thing. This release obviously didn’t feel right for any collaboration; it’s all so personal, how do you bring someone else in on that subject matter? When I’m writing with others, though, I’m visiting their world and writing about whatever they bring to the table.

Which three artists do you admire most in the Sydney music scene?

As well as the artists you’ve collaborated with previously, you’ve let fans into your behind-the-scenes antics via TikTok. How easy or difficult have you found that?

TikTok’s a weird one. It’s really easy to go viral, but it’s really hard to go viral for the thing you want to go viral for. I had a few moments go crazy big – a sound I made was used by Miley Cyrus and Britney Spears – but it didn’t do anything for my music. The label was excited by what was happening, but it wasn’t my art so why is it really important? People get sucked into going viral for a cover or whatever, but if I’m going to be on there, I want to be on there as an artist. It’s hard to do that as a songwriter because that’s what I want to set me apart.

You said that when you look back at ‘Emilee: Part I’ now, you don’t see yourself anymore. What do you see?

Honestly, I think I was a loser. A bit pathetic. I was in a shitty mental state, of course. Part two was me painfully stripping myself back and exposing myself, warts and all, trying new things to figure out why I was so sad all the time. It didn’t help that my sleep was fucked and I wasn’t eating right… you think you can think yourself out of depression, but there are so many things that you do and so many habits that you’re stuck in that cause that depression and you can’t think your way out of those. Once I defeated Emilee, I reached part three – that’s where I am now.

Listen to 'Emilee: Act I' below: