Have You Met Devon?

Rising artist Devon discusses his new single, tips on fighting heartbreak, the importance of a good album cover, and how music is his motivation for getting up in the morning.

After a year’s run of successful singles, Devon has solidified his sound with the new song “WHY DO WE WAKE UP? (BEFORE THE GOOD BIT)”.

Hailing from the Forest of Dean, Devon equates the intimacy of living in a tiny area alongside a desire for somewhere bigger, louder, and new.

His confident and demanding sound is definitely something that has developed over time. Devon started out by forcing himself to perform in tiny pubs in his hometown to three or four strangers. Since then, he has learned to produce his own music, which he tells us helps aid this sense of urgency for this sound to be entirely his own.

This sense of self isn’t isolated to his sound either. Devon illustrates that his art is more than just the songs he creates, but his cover art and his music videos too  – one of which was directed by MTA VMA-nominated director Lewis Carter.

This year, he made the most of lockdown by curating an ever-growing presence on platforms like TikTok on Instagram. Devon clearly understands the importance of social media and the beauty in creating a genuine community with lovers of his music, to which he sometimes even writes songs on TikTok.

His songs are gagging to be on a Made In Chelsea soundtrack (in all the best ways). “WHY DO WE WAKE UP?” brings the energy we all need to get up in the morning whilst keeping it real that mornings do indeed, suck: “I rode up out my bed against my body’s wish / I crawled into the kitchen for my Weetabix / Was trying to think of reasons I can call in sick”.

Devon forces you to have fun and want to throw yourself around to his music at a gig, despite the often very sombre meaning of his music. It’s good indie-pop, and you can see both Devon’s utter desire to do well by his art and also feel how much of a natural he really is.

Notion spoke to Devon about his new single and how music is his sole motivation for getting up in the morning. We also got some tips on fighting heartbreak, the importance of a good album cover, and his experience of continuously being banned from various social media platforms. 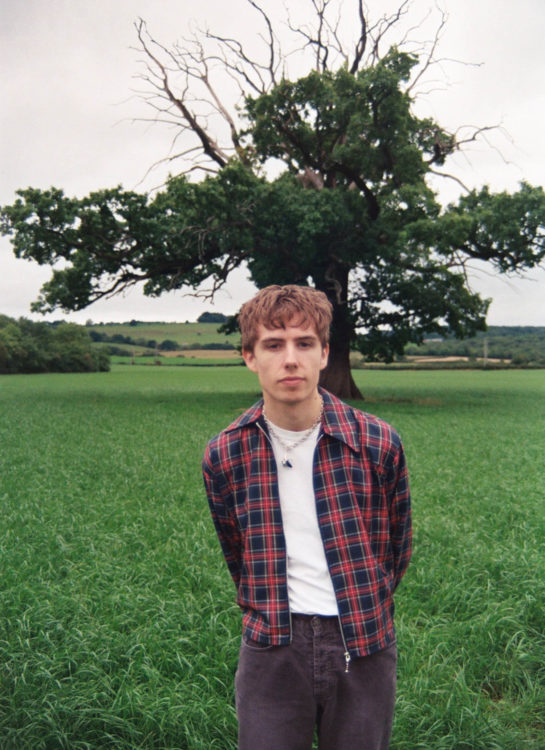 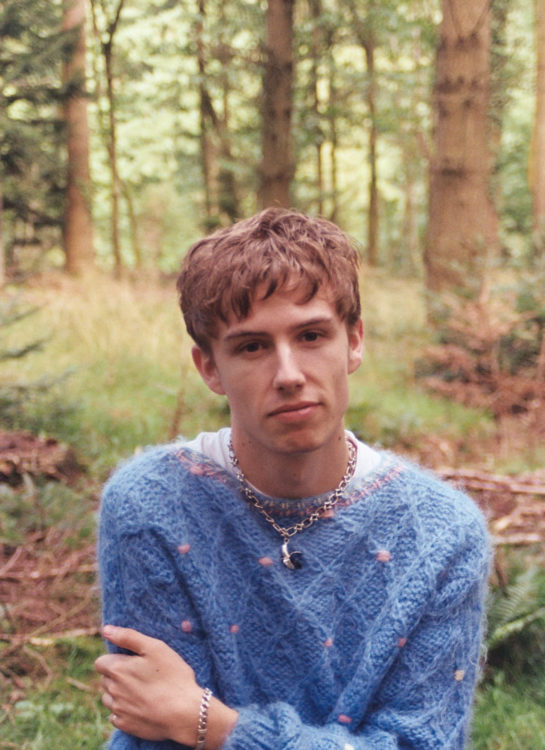 In light of your new single, “WHY DO WE WAKE UP’(BEFORE THE GOOD BIT)”, can you tell us what gets you out of bed in the morning? What’s your morning routine?

Sounds so cliché but making music literally gets me out of bed in the morning. If I didn’t have to get up to go into my sister’s old bedroom to record then I would probably just stay in bed, watch movies and eat too many biscuits. Aside from that my morning routine is fight to get up to an alarm I’ve set the night before at like 2:00am and go make music. I’m a simple human.
How did learning to produce music affect your creative process? Is it important for to you being able to have control over your art?

It gave me a clear view of what I like and what I don’t. It helped me articulate what I wanted to achieve sonically to people I now work with which is very helpful. I also think it’s the reason my music can go in a lot of different directions because I never had the boundaries of another producer telling me what I should and shouldn’t do to fit a certain sound. For me having control over my art is important but I don’t think it’s the reason I do most of the stuff for this project by myself. I would say it’s literally by necessity I learned how to produce cause there are no producers where I live. It’s the same with the artworks and merch. I used to be a graphic designer in my day job before music.

A lot of your recent music delves into your psyche, processing emotions around love and relationships. Tell us about the relationship you have with music and navigating your feelings. Is it therapeutic? Does it feel nerve-wracking releasing music referencing people in your life?

Yes, it definitely is therapeutic. It’s the only thing I’m good at and after going through a pretty bad break up it became the only thing in my life that really mattered so it was defo a vessel for everything I’m feeling and going through for sure. Yeah, it certainly is nerve-racking. I’m actually not a massive fan of the process of releasing music altogether (I’m in the right game I know) but it’s a very stressful, anxiety-inducing process and I’m already a proper self loather as my manager keeps saying. The awesome feeling comes when making it, then as soon as it gets selected for release it’s nothing but dread and overthinking haha.

What is your dream festival to perform at?

Glastonbury is up there obviously but any American festival would be amazing as I’ve always wanted to go there.

Was there a specific moment that made you go ‘fuck it’ and go on to properly pursue a career in music?

In school, I was trying so hard to be a sporty kid and denying the fact I was best at art and music, but the whole school hierarchy got the best of me and I ended up just flying under the radar being a bad rugby player. After playing my first ever songs at an open mic I started to show off to my friends on the bus home from school, saying I had a proper gig in the pub coming up… I had to quickly get myself a slot (I didn’t want to do it but my friends all said they would come and watch). I basically accidentally forced myself into performing and kind of decided then and there this was my thing. 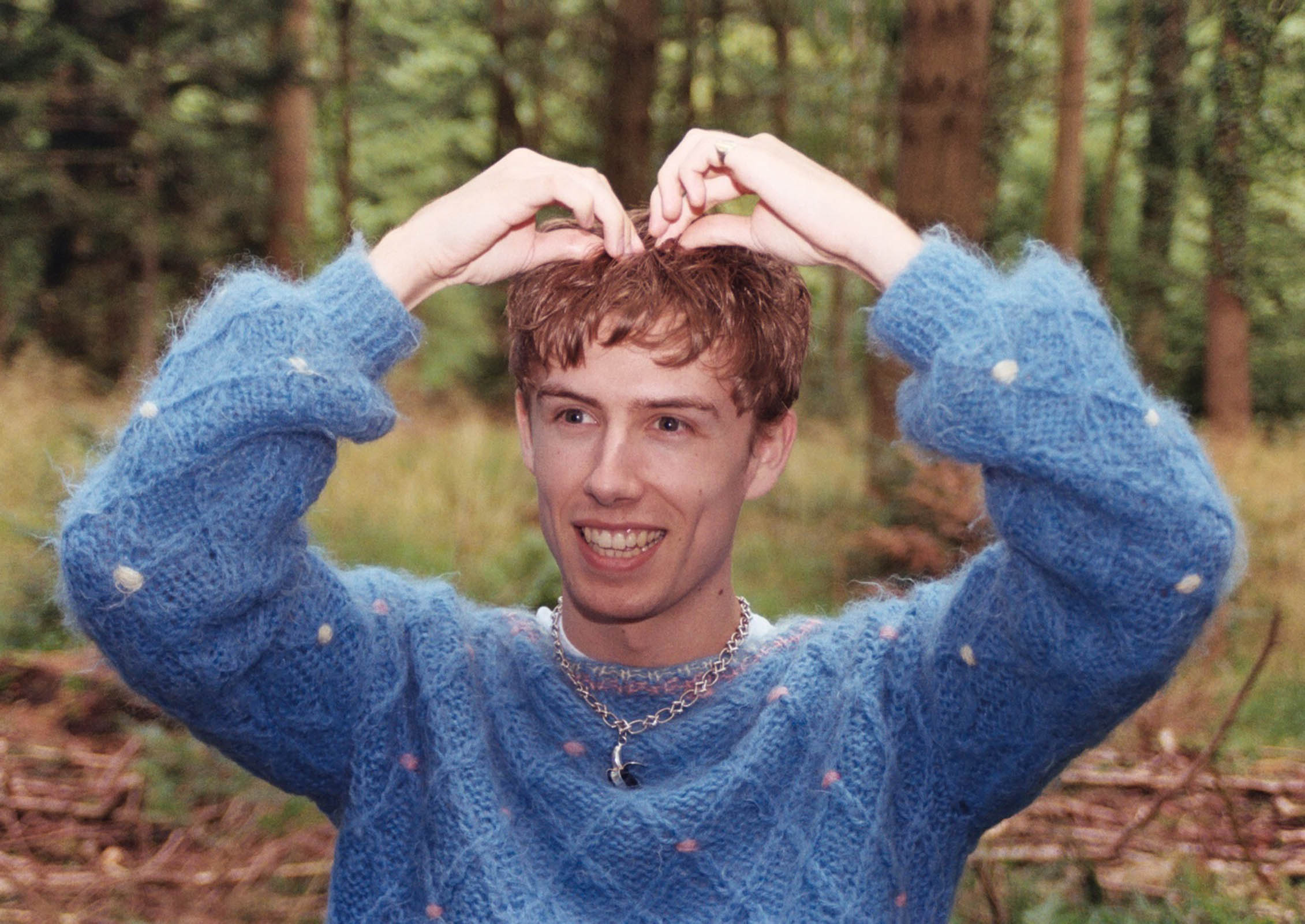 One of my favourite lyrics of yours is “I don’t want to be some weekend fling/ I want to be with you Sunday morning” – any tips for anyone facing unrequited love?
My tips are…run. Run far. Cause it will just hurt you haha. I’m sorry but that story never works out in the person who fancies the other person’s favor. This isn’t Shrek.

How does it feel to be an artist from a small place in an industry so ‘big city’ centric? Do you think you’ll find yourself continuing to place a big importance on your roots as you develop in your career?

It can be frustrating as you often overlooked but you just have knuckle down and put up with it. There are worse things in the world than being born in the Forest of Dean so I can’t be acting hard done by when you look at the bigger picture. Yes, my roots are important to me. I feel like there was a point where I decided I would push the whole FOD thing because I realised the place I live is unlike any other place, and as boring as it is to me, everyone else finds it intriguing. So embracing my home surroundings feels very good because I don’t feel like I’m trying to be like other people. Just giving people the purest original form of me and if people like it then that’s amazing.

Your cover art and music videos are quite creative and fresh, is visuals an important part of your artistry?

Visuals are super important to me. When I dropped IDW2BUF that felt like a fresh start for me and the artwork was something I wanted to lockdown. Sounds so extra but I won’t listen to a song if the artwork is jank. So I always have that in the back of my head when it comes to keeping up my visual aesthetic and designing my artworks. They are just as important as music in some ways. 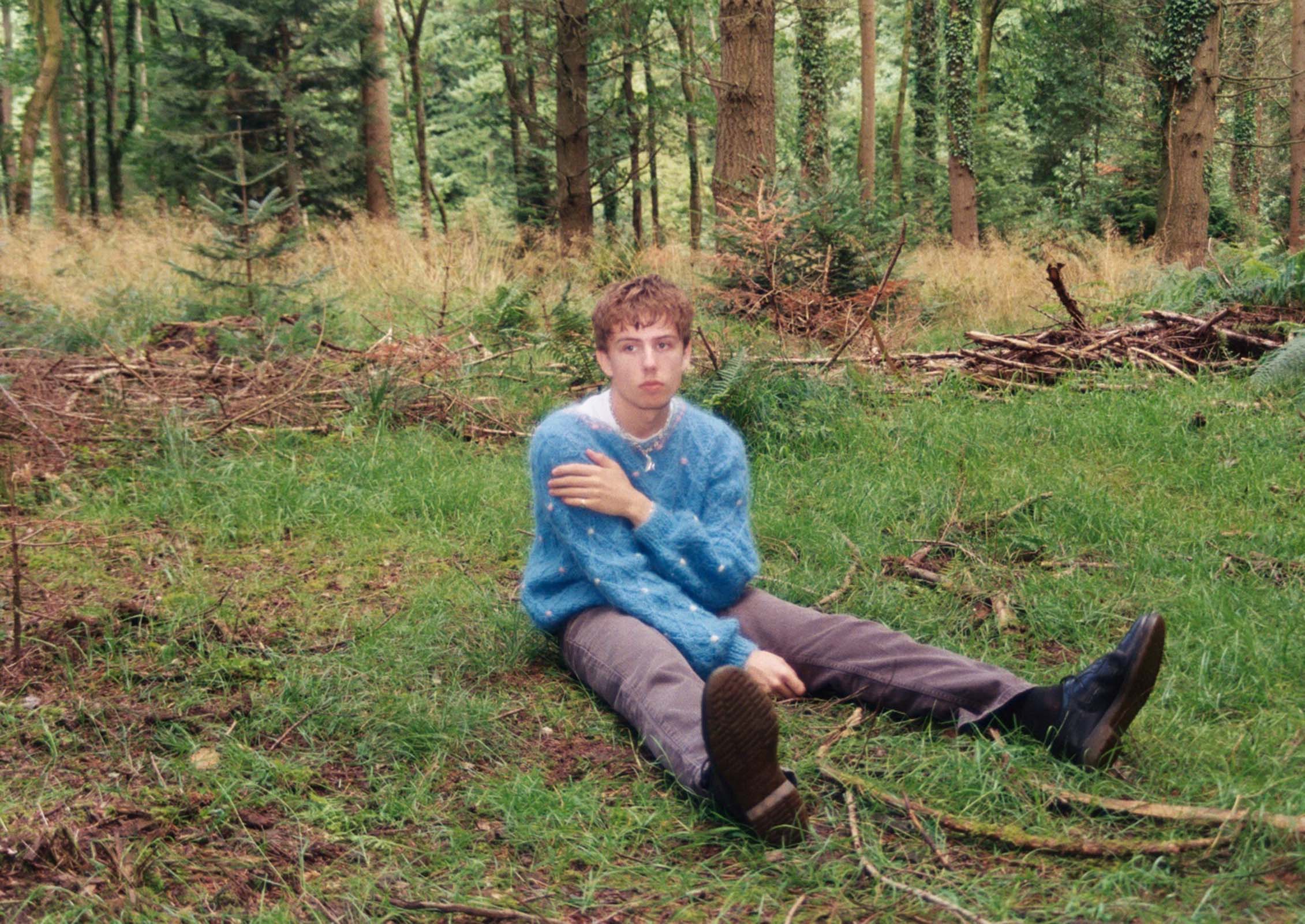 You’re developing a big online presence across Instagram and TikTok, with loads of interaction with your fans including writing songs for them. How has social media helped your career and how does it feel having that access and close relationship with people who love your art?

Social media has been the lifeline for my career. Coming from the FOD there is no music scene and no way of making any connections to anyone in the industry so you can either stay playing the same Johnny Cash covers in a pub to five old boys or find a way to make the internet work for you. I know a lot of young artists say that it’s so saturated and they’re right it is. For me, I would spend days finding ways to fiddle the system and max out social media platforms before I was banned (multiple times). In those initial days a bit of fake it till you make it went a long the way and it built me a little foundation of fans to eventually get noticed. However, the scary thing is I’m pretty sure if all social media was erased I would vanish of the face of the earth. Yeah, the relationship is very important. I’m only really feeling the effects of that now as I’ve started to build a bit of a bigger fan base so I’m still new to even have fans.

To any new listeners, what would be the one song that you would recommend them to listen to that encompasses your style?

I would say listen to “WHY DO WE WAKE UP (BEFORE THE GOOD BIT)” as that’s the latest song out and that feels very current to where my sound is right now.

Listen to Devon's latest music below: