In 2018 the personal has never been more political. As discussions of gender, race and identity have come to the forefront of society, what’s political and what’s personal is increasingly unclear. You can see it in the growing polarisation between the left and the right, feel it in the conspicuous absence of civil debate and you can hear it in the music of two French twins of Afro-Cuban descent.

“We realised it’s something we can do, we know it’s not going to change the world but just writing those songs is something,” says Lisa-Kaindé Diaz, one-half of the XL Recordings signed duo, Ibeyi. We’re discussing their latest album Ash and one track in particular, ‘Deathless’. Featuring saxophonist of the moment, Kamasi Washington, it’s a defiant track, bristling with anger and brooding saxophone riffs. It could easily sit alongside the likes of Kendrick Lamar’s ‘Alright’ as a modern civil rights anthem, detailing a run in between Lisa and a police officer when she was 16. Released as the lead single ahead of the album itself, it surprised fans with its more overtly political lyrics and confrontational sound. Bolstered in confidence by two years of touring, Lisa-Kaindé and her partner in Ibeyi, her sister, Naomi, realised they could take a stronger stance in their music, tackling not just the personal stories of their first album but the political issues that impact their lives as well.

“We realised it’s something we can do, we know it’s not going to change the world but just writing those songs is something,”

Born and raised in Paris to Afro-Cuban and French-Venezuelan parents, both of whom were musicians, the twins were brought up keenly aware of their African heritage. Their father was Anga Diaz, a legendary Cuban percussionist, best known for his work with Beuna Vista Social Club, while their mother Maya Dagnino, who now serves as the pair’s manager, was a singer of French-Venezuelan descent. They spent their summers in Cuba, soaking up as much of their culture as they could between Diaz’s commitments as a touring member of multiple bands.

Exposed to a broad range of traditions from a young age, the sisters found a home in a culture that straddles as many borders as they do – Yoruba. The religion, culture and language of the West African region of Yorubaland, now Nigeria and Benin, Yoruba was brought to the Caribbean through the Atlantic slave trade. Over decades and centuries, the culture and beliefs of Yoruba morphed and changed shape, passed on by word of mouth through generations of the enslaved and oppressed diaspora. Taught to Ibeyi by their father, the tradition of Yoruba with its folk songs and chanted prayers fused music and spirituality in a way that resonated with the twins from a young age. 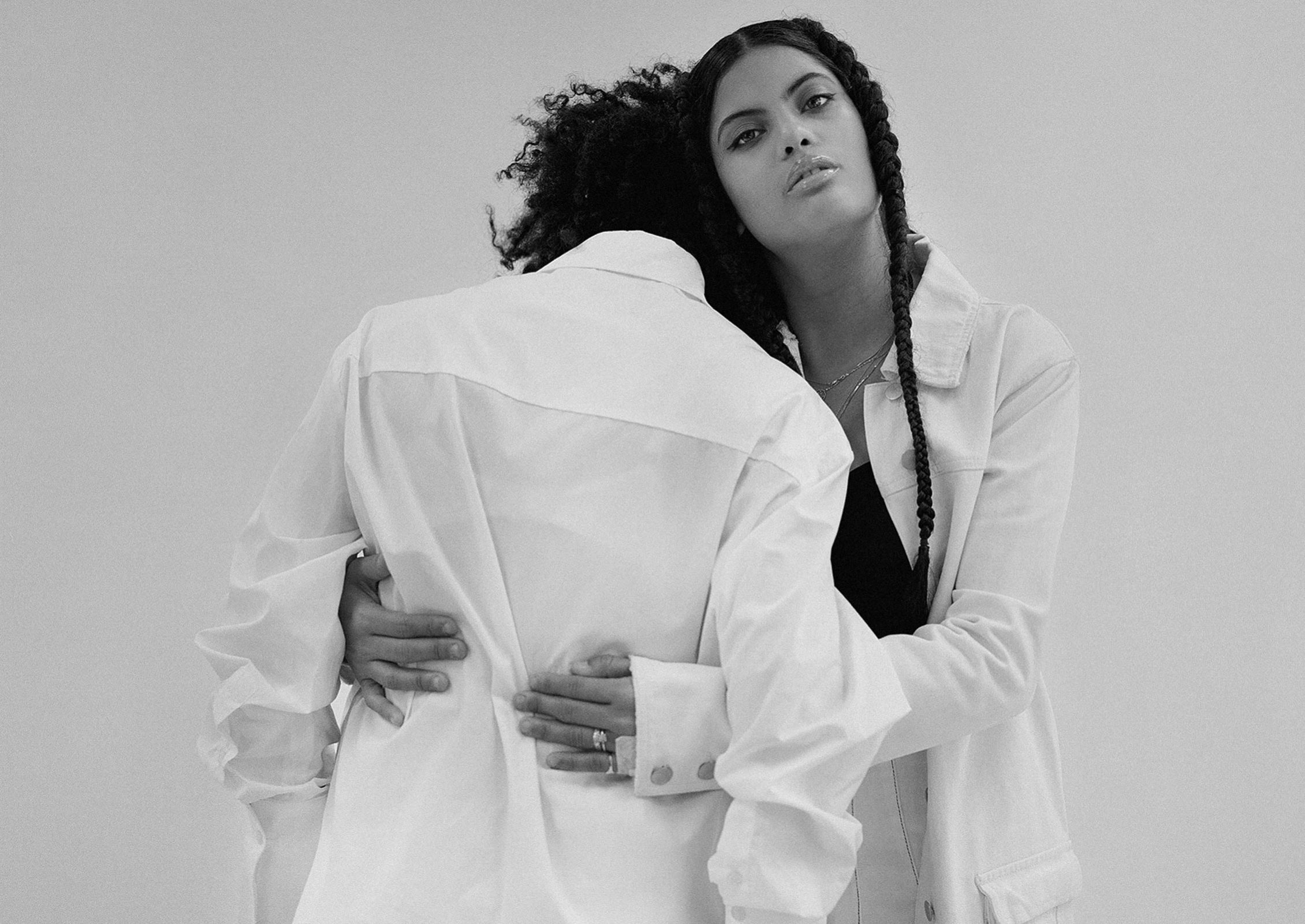 “It’s like a little miracle every time, you know like when you’re writing a song and a melody comes into your head, and it’s like ‘oh that’s a Yoruba melody’. Then you play it, and it’s the perfect chords and the perfect song, and you go to your Yoruba book, and you read, and you see that the significance of the song and who the song is for goes perfectly with what you’re trying to say,” Lisa-Kaindé explains. In their music, it appears most clearly in the way their voices flow in and out of one another’s. Lisa-Kaindé serves as the duo’s lead vocalist, but it just wouldn’t be Ibeyi without Naomi joining her on the choruses.

Yoruba also contains that innate mix of personal and political, preserved in the face of horrific oppression. “I think it’s an honour” Lisa-Kaindé continues. “When we sing Yoruba, I feel the hundreds and millions of people that sang it before me, like I could picture them, I could imagine their prayers, and I also know that they were brave. Yoruba slaves that were brought to Cuba were brave. It’s thanks to their bravery that I’m standing singing those songs because they weren’t allowed to sing them. They weren’t allowed to have their beliefs or their language, but they were brave enough to sing it to their sons and daughters.”

Using elements of Yoruba music and spirituality in their work seems to strengthen both Lisa-Kaindé and Naomi’s faith in it. At the very least, it’s clear that they both find it empowering. At a time when the far-right is mobilising and there are increased pressures for immigrants and non-white people more generally to assimilate the dominant culture, it’s defiant to sing traditional African songs on the world stage. “The fact that it’s still alive and the fact we’re standing there in front of audiences with people who have no idea and they’re touched by it, that’s the beauty of Yoruba. Everyone is touched by it.” It’s a statement that’s undeniably true of fans of Ibeyi’s music. You may not have ever heard of it before, but if you’ve ever found yourself singing along to ‘Away Away’ or ‘Ash’ – which roughly twenty million people have according to Spotify – then you’ll have been singing Yoruba.

However, they both make clear that their connection to Yoruba is still deeply personal and they only use it in their music when it feels right to do so. “We’re not trying to bring people with us, we’re not trying to convert anybody nor to preach when we use it the songs,” explains Naomi. “We just like saying what we think about the world we’re living in. We don’t have the answers, maybe we’re wrong.”

Similarly, Naomi is keen to point to the influence of Yoruba on musicians other than themselves. “There are some people, even rappers, who are into Yoruba but they don’t say it, you can tell when they have the beans…”

“Beads!” her sister cuts in, giving Naomi an exasperated look. “You said beans…” The twins exchange a glance and immediately burst out laughing. It’s a moment that exemplifies their relationship nicely. Lisa-Kaindé is energetic while Naomi is more grounded, choosing her words carefully, chiming in every now and again to contradict her sister.

Throughout our interview, they shoot each other glances, tease one another and often try to answer my questions at the same time, both continuing to talk until the other gives up. Much has been made of the fact that Ibeyi are twins and a cursory search on Google Images of the pair together yields plenty of photos of them in matching outfits, posed opposite one another, playing off the near symmetry of their faces. However, once you start talking to them in person, the differences between Lisa-Kaindé and Naomi become striking.

Their differences impact the way that Ibeyi create music as well, each pulling the other out of their comfort zone. “If it were only me I’d do more gangster, trap, hip hop and dancehall music” Naomi grins, knowing how her love of hip hop culture can irritate her sister. “I wanted this album to be more up-tempo, and I wanted people to dance more, I want the next one to be even more…”

Lisa-Kaindé cuts in, “I think what’s interesting with Ibeyi is that I do believe there is a possibility for us to do everything we want, any kind of music we want. Maybe I’m wrong, but if one day we want to do like Jack White rock music, I think we could, we just have to find our own way to do it.” 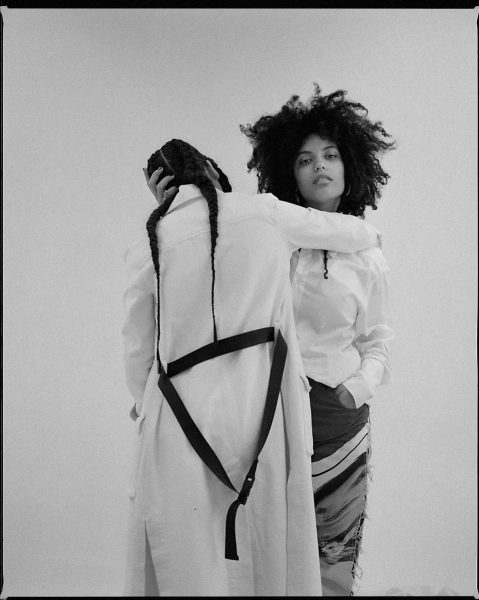 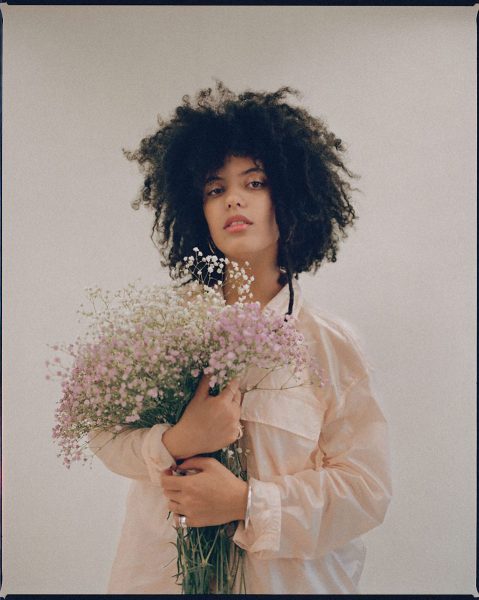 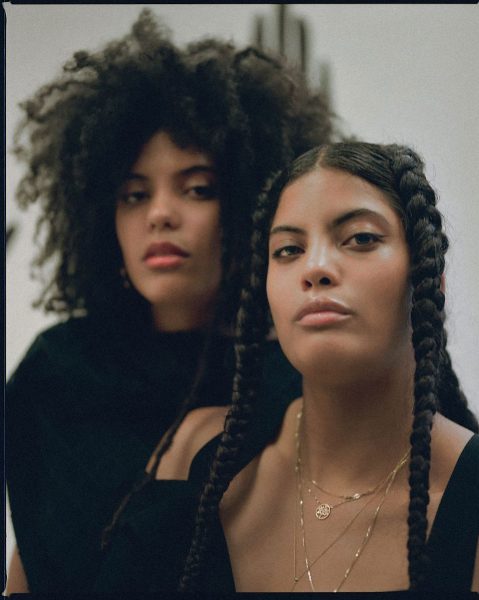 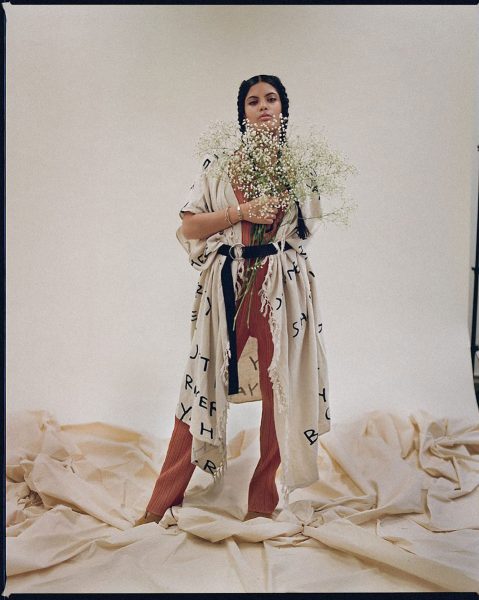 At this point, anyone with a sibling might be wondering how Ibeyi hasn’t broken up yet. Creative differences have been the end of many bands, let alone bands made up of family members and all the frustration that can come with them. However, their differences help make Ibeyi what it is, without the tensions and creative disagreements there’s always the risk that their music would stand still. Hanging out on set waiting for our interview, Notion’s producer jokes that he can’t get Ibeyi in the same place at the same time because as soon as one sister is ready, the other isn’t anymore.

When they work together, there’s always one of them itching to go. While there are moments throughout our interview where frustrations appear, Naomi absent-mindedly checking her phone and Lisa-Kaindé trying to take it off her, for example, it seems the secret to Ibeyi’s success is compromise.

The clearest example of this is their work with fashion brands such as Nike and Chanel. “For a long time, I said no, no, no until one day this big thing arrived and [Naomi] told me to consider it” Lisa-Kaindé explains, “she was right.” Initially hesitant about getting involved in the fashion world, Lisa-Kaindé realised the importance of it to her sister and put aside her doubts. “Now I enjoy it, and I think it’s magical when I go to a show and see Chanel and see how the dresses are made and see backstage and the girls and Karl [Lagerfeld]. I feel lucky to have accepted that it was fine, I was wrong.”

That acceptance has led them to become darlings of the fashion world in a way few other artists have been, especially when considering the political and spiritual topics they tackle in their music. Last year they opened Chanel’s Resort Collection show in Havana and have worked the brand again since, performing at a private concert at the now-closed Parisian boutique Colette. The way in which they’ve been embraced by the high fashion world, as well as by highbrow society at large, previously having graced the pages of The Sunday Times and French fashion magazine Madame Figaro sets them apart from many of their peers. Their work and the myriad of topics it covers is discussed more like fine art than pop music.

“I think it’s because we said no to a lot of things and we really chose what we want to do,” Naomi explains of their success outside of music. “I think there’s a lot of artists who do too much stuff. We wanted people to know us from our music not because they saw us at the gala or whatever. We wanted to do music first and then interesting stuff.”

“Also, it’s important for us to not just do fashion, we always bring our music into it,” Lisa-Kaindé explains. “For example, with the Chanel show, we opened it with a Yoruba song, nobody does that! That was so special, and it’s so special that they were like ‘do you’, and they were respectful of Cubans and Cuba. They didn’t try and make a fake thing, they really wanted Cuban music.” It’s clear that if Ibeyi are going to lend their talents to anything outside of their own project they need to care about it deeply.

Other than their work with Chanel, the only brand Ibeyi have modelled for is Nike. The reason? “The campaign was the force is female, how are you going to say no?” Naomi laughs, admitting “we said no to them four times before.” For Lisa-Kaindé and Naomi, Ibeyi is about a constant back and forth, each one pulling the other in a different direction, encouraging them to try something new. It’s how they can work with both Chanel and Nike at once and how they keep their music vibrant. “What I love about our albums is that you can hear our two worlds because if we go towards Naomi you can still hear me and vice versa and I think that makes it diverse” Lisa-Kaindé concludes. “I hope the next album will be more extreme on both sides. More extremely Naomi and more extremely me. More extreme in the produced hip hop way and more extreme in an organic way… It just has to be Ibeyi.”

I ask what makes something sound distinctly ‘Ibeyi’ and Naomi sums it succinctly. “The way we use our voices. Yoruba,” she pauses briefly, looking at her sister “when we feel like it.”