IMVN is an Artist Unfazed

We caught up with rising artist IMVN to rundown her debut EP, 'FAZE', a heartfelt exploration of troubled relationships.

North-West London born and bred, IMVN is a rising artist on a mission. Only 21, last month saw the release of her debut single “The Door”, a downtempo genre-blending fusion, that in her words, “exudes a mental state of indifference”.

Citing influences including the likes of Kate Bush, Mariah Carey and RY X, growing up IMVN was encouraged to write songs by her mother during the summer holidays. Honing her craft since these early moments, her debut EP, ‘Faze’ is a project that speaks to IMVN’s ability for introspection. Having formerly been a dance student, she describes being influenced by the unpredictable nature of life, a concept she tries to emulate within her visuals.

Exploring themes such as growth, troubled relationships, and others disturbing your peace, we caught up with IMVN to discuss all things ‘FAZE’. 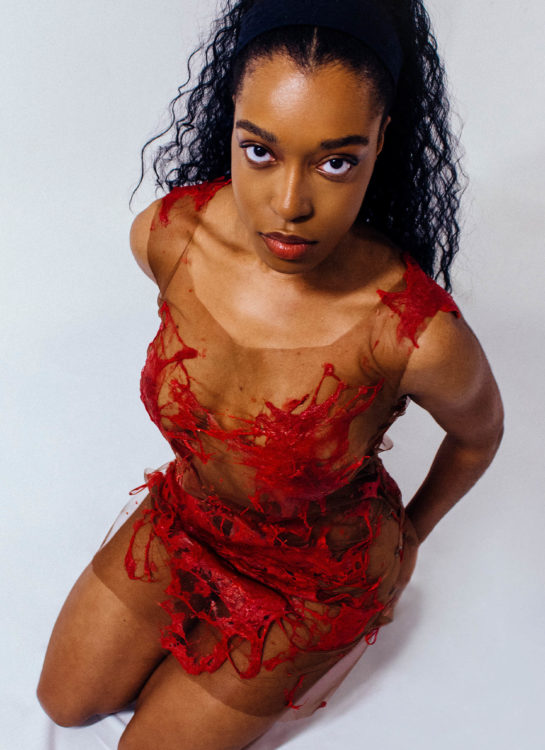 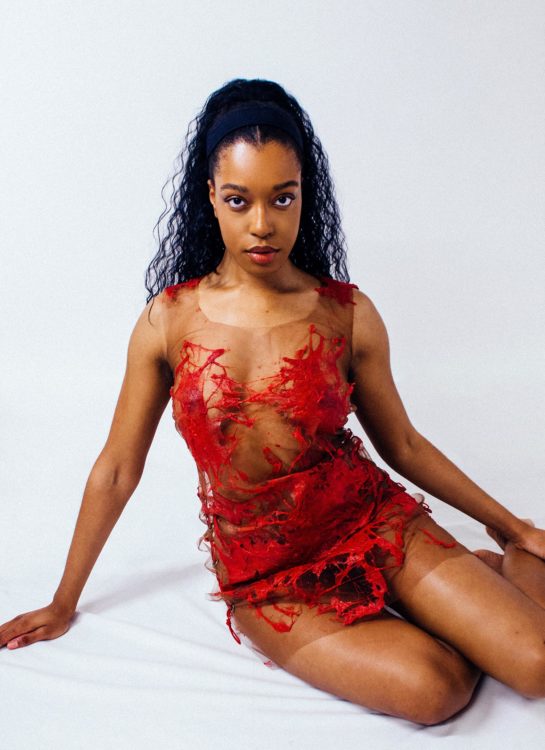 Hey! Congratulations on your upcoming EP, how’s this year been going so far? Have you been spending a lot of time in the studio?

Thanks! This year has been very transformative, in a good way! Yes I’ve been in and out of the studio a lot this year, it slowed down a bit last month whilst shooting this film but I’m picking up where I left off.

Your musical style seems ever-evolving, with R&B and electronic sounds running throughout…How would you describe your own sound? Are musical shifts something you seek actively?

Ambient and introspective are my go-too when describing my sound. My voice naturally tailors itself towards the R&B genre, but yes I love playing with multiple sounds! It’s not exactly something I actively seek, I always seek truth behind the lyrics and typically the sonics tend to result in a hybrid of genres as a result of that.

Let’s talk about the EP, ‘FAZE’, what’s the meaning behind the title? And does this reflect some of the themes the record explores overall?

I called the project “FAZE” because it has a dual meaning. ‘Faze’ means to disturb someone. A ‘phase’ is a specific period of time. So yes, both definitions reflect the themes within the project. One expresses how the experiences I’ve written about are merely a moment in time, and the other, describing a person who’s affecting the fluidity of things and preventing growth. I chose to use “FAZE” instead of “phase” because ultimately, when we allow ourselves to be vulnerable and look within, we find the self-inflicted disturbances we’re causing ourselves, and can grow from there.

Do you have a track that you’re proudest of from the EP? Or that means something particularly special to you?

Fall’ 100%. It’s such a precious song to me as I’d never been that vulnerable before. It’s also the only song I played violin on, something I RARELY do now because I’m out of practice! I instantly remember how I felt the day I wrote it and I think it’ll always remain special to me the more time passes.

How did you get into music in the first place? Was it something your family encouraged?

From a young age I always knew I wanted to perform and take it seriously. It wasn’t until I started listening intently to all the music my mum would play, that I realised I wanted to be just like those artists. My family has always supported my pursuit of music as a career. I think that’s so important because not everyone gets that support. That’s probably why I’m so experimental, I was allowed to really find myself throughout my life.

What usually serves as inspiration when you’re songwriting? And is there anywhere you feel particularly musically inspired?

Naturally I tend to write about whatever I’m experiencing at the time. However I’ve tried to be a bit more objective in my writing recently. There isn’t any particular place I get inspired by as such, but I’ll often randomly get an idea and if I don’t note it down then it’s gone forever! The good ones tend to come back to me though.

Who have been some of your biggest musical influences? And do any of them translate into artists you’d love to work or collaborate with now?

I have a few, but Kate Bush has always been a big one for me. From my more recent influences, I’d love to work with Banks.

The visuals for FAZE look set to be really interesting, are the visual aspects to your music releases important to you? How do you usually conceptualise your videos?

Yes, so important to me in terms of identity. I like to make striking visuals so that there’s no confusion about how I present myself. As a Black artist it’s very easy for people to put me in boxes. I try to make thought provoking visuals so people are more attentive to my art; I prefer the metaphorical more than the literal. Most of my visual concepts come whilst I’m creating the song, so it’s quite simultaneous and can even influence the song sometimes.

Do you feel like your experience as a dance student influences the creative process behind your visuals, or maybe your live performances? Has it influenced your relationship to your body and movement?

Definitely, but more so my performances than the visuals. I’ve been performing for so long, the theatrical aspect of my own work is an intrinsic part of my artistry. I have always tailored my life choices towards music, but dancing at a young age taught me how physical expression can be. I spent the time studying so that I could deliver the best live performances, so it’s very interlinked.

What would be a career achievement that made you stop and think, ‘I’ve made it’?

Me being me, I have a whole career bucket list, we’d be here all day! Top two are an arena tour and writing with James Blake.

What are you looking forward to for the rest of 2022?

I’d love to start performing live this year. I’ve had these songs since I was 17, so they’re ready to be set free on a stage before I start the next chapter! 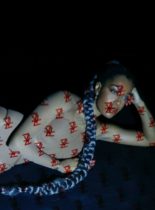