In Conversation With Olivia Dean

We chat with London musician on the rise, Olivia Dean, about the past, the present, and the future of her beautifully honest music.

Olivia Dean is staring straight into the camera, the bodice of her sequined dress glinting in the spotlight as the black-and-white camera zooms further out to reveal the rest of the washed-out staging. In true 1960s Motown style, Dean is joined on stage by two supporting vocalists wearing equally adorned gowns, each part played by Olivia herself. Conjuring nostalgic harmonies and immaculate choreography, the scene above, taken from the video to Dean’s latest track “The Hardest Part,” is an ode to freedom from moving on. Offering a mature perspective on growth after a relationship, 21-year-old Olivia Dean has produced a positive heartbreak anthem capturing the voice of millions. The whole setup looks at once intense and playful. “Lately I been growing into someone you don’t know / You had the chance to love her, but apparently you don’t,” she sings.

Born and raised in Walthamstow, east London, Dean’s latest visuals, directed by Claire Arnold, draw wistfully upon childhood memories of replicating The Three Degrees’ dance routines with her mum and auntie at home. Open about the impact her childhood has had on the music she makes today, Olivia talks freely about a youth full of singing in assemblies and dancing around the kitchen to records her dad would play, Steely Dan and Al Green included. Moving away from musical theatre, she released her first track “Reasons to Stay” back in 2018 and was quickly met with hundreds of thousands of streams across multiple platforms.

Olivia Dean’s diary-like sincerity and quick-witted, straight-talking lyricism made the release of her debut EP, ‘OK Love You Bye,’ an easy success. Offering a bright-eyed, refreshing perspective on universal themes, she captures the unique energy of an ever-engaged Gen Z community in London. “Password Change,” taken from ‘OK Love You Bye’ and a track that wasted no time being added to BBC Radio 1’s Introducing Playlist, speaks to this emotional candour and carefree song-writing. It’s a track about decoding relationships in today’s world, perfectly handing universally felt emotions. The opening line, “I wanna talk, but the football’s on,” hits close to home. It’s the colloquial nature of her domestic themes that gives Olivia this endearing relatability.

Speaking to Olivia while still emerging from this extended period of social isolation, it is clear she hasn’t let physical separation stop her from being digitally engaged; during lockdown she has been delivering live acoustic performances streamed straight from her home, spreading joy across the platforms of Burberry, La Blogotheque, Barclaycard Share Stage and more. Her country-wide tour, aptly titled ‘From Me to You,’ kicked off in London on August 14th and sees Dean travelling from town-to-town in a bright yellow truck, delivering open-air performances to fans and passers-by alike. Taking time out of her endeavours between Devon, Cornwall, Somerset and beyond, we chat to Olivia Dean about the past, the present, and the future of her brutally honest music. 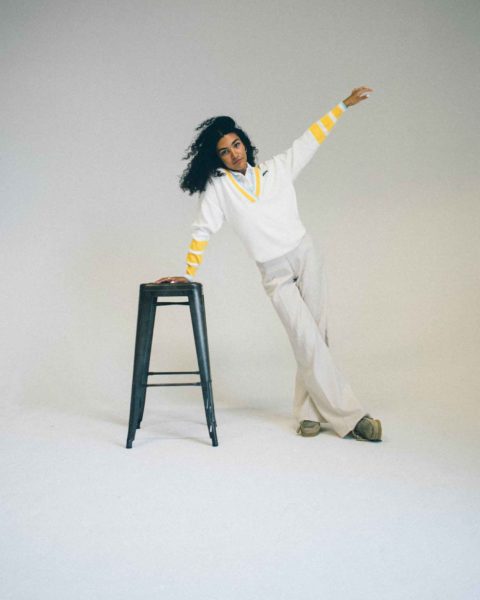 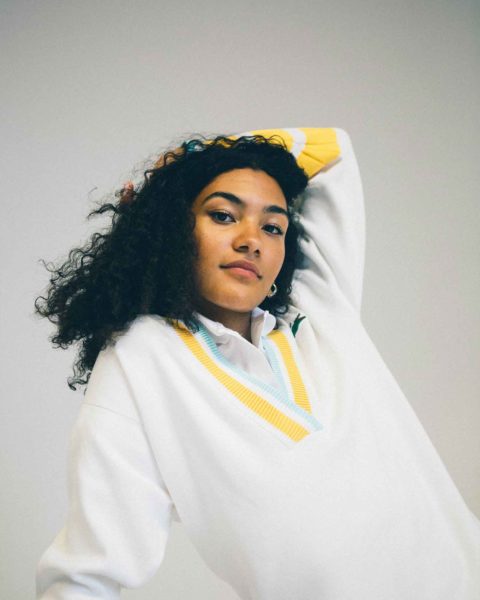 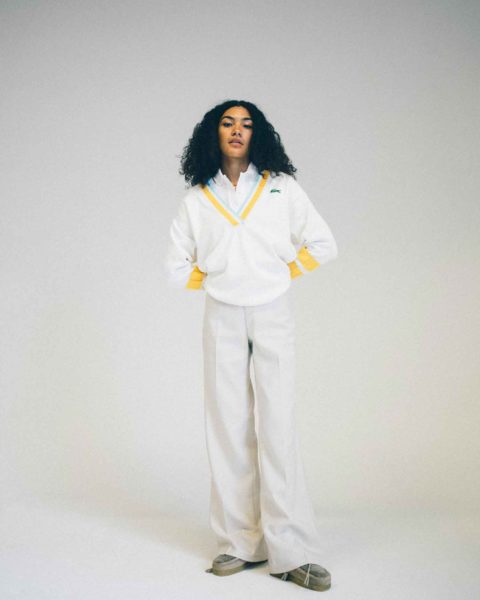 These past few months have been tumultuous, to say the least. I’ve learned a lot about myself, I’ve realised I quite like my own company… but I also miss people too! Musically I’ve learned a lot too. I’ve learned how to record my own vocals; I recorded some vocals for a tune I put out ‘Baby Come Home’ by myself in my living room and I shot my own music video in my garden! So, I’ve had to, you know, one-woman-show it.

Living and working in London and being surrounded by the huge music scene here, how has that shaped your creative vision?

I feel like by living in London I’ve been very lucky to have access to loads of music, whether that be record stores or gigs – I’m at gigs all the time, well obviously before lockdown I was! I also got the chance to go to BRTI School, which is full of amazing musicians and talented people. Being around those sorts of like-minded people really pushed me. 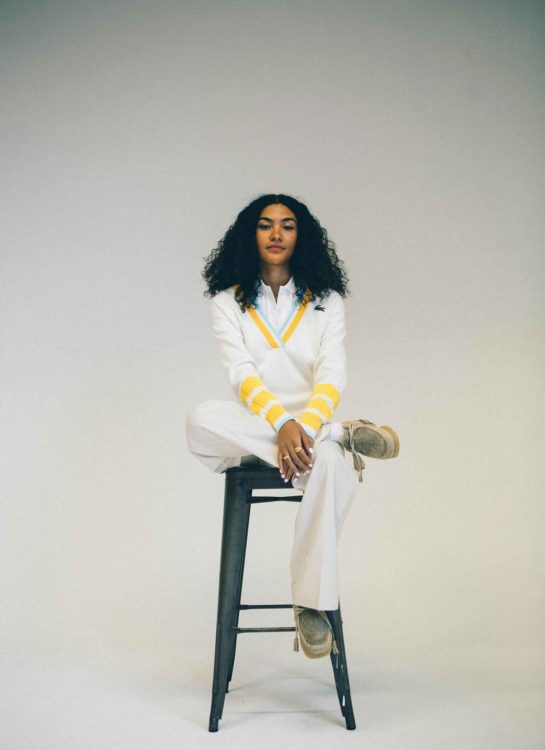 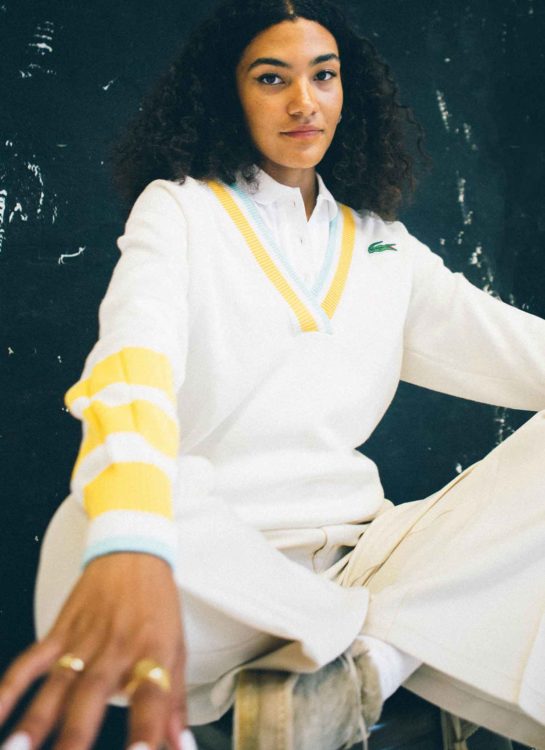 Let’s talk about your ‘From Me to You Tour’! What energy do you bring when performing?

When I perform live, I guess I just want people to have a good time at the end of the day! I want them to feel like they can relate to the lyrics and have a genuine connection with me and the music. Tap their toe a little bit, but also cry.

From uploading “Reasons to stay” in 2018, to releasing your latest track “The Hardest Part” only recently, how do you think your music has evolved?

I think I’ve grown a lot as a person since “Reason to Stay.”  I think I understand myself a lot more, and other people, and my relationships with them. I think I’m a better communicator so hopefully, my lyrics, and how I communicate my lyrics is a bit clearer – it’s clearer in my head anyway! I’ve grown up a lot, so I think the music has grown with me. The production has evolved massively too, it’s perhaps slightly less organic. I’m sort of bringing in some different sounds sonically but I think it makes sense because I’m sort of moving into a different chapter now, so I think the music has to move with me. It’s important to switch it up. 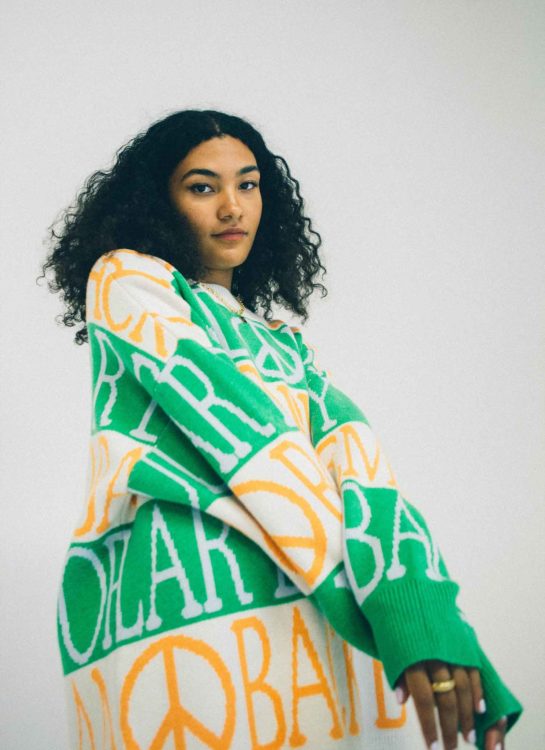 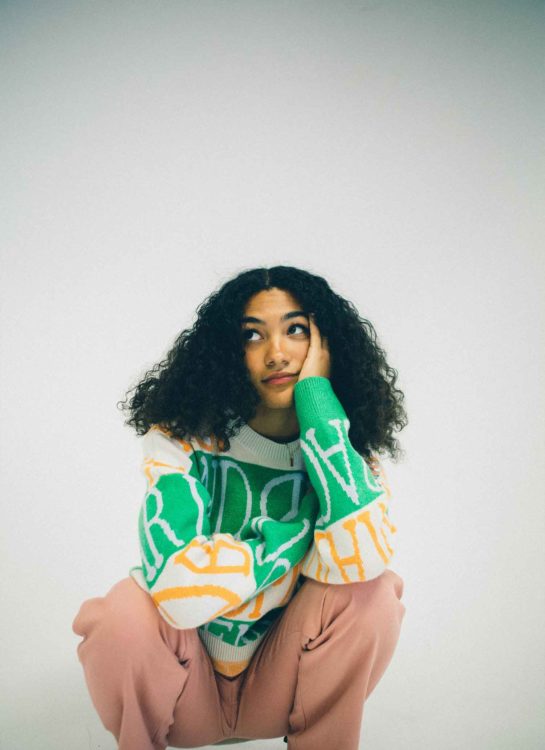 What have you learnt about yourself as a creative, having put yourself and your music out there for some time now?

I have learned that I need to care less about what other people think. That’s definitely something that’s taken a lot of time, but I feel like I’m in a good place with that now. And that it doesn’t matter about being cool and cool is just whatever is honest, I think. So, I shouldn’t worry about what other people think or whatever ‘cool’ means because it doesn’t really mean anything!

Where is your favourite place to be creative? Set the scene for us.

My favourite place to be creative… this is a hard one because I feel like my brain’s always sort of ticking over with stuff! This might be a bit of a boring answer, but probably the studio where the pianos always there and so are other creative people. Some low lighting, an incense stick burning… cup of tea in hand…it’s cute. 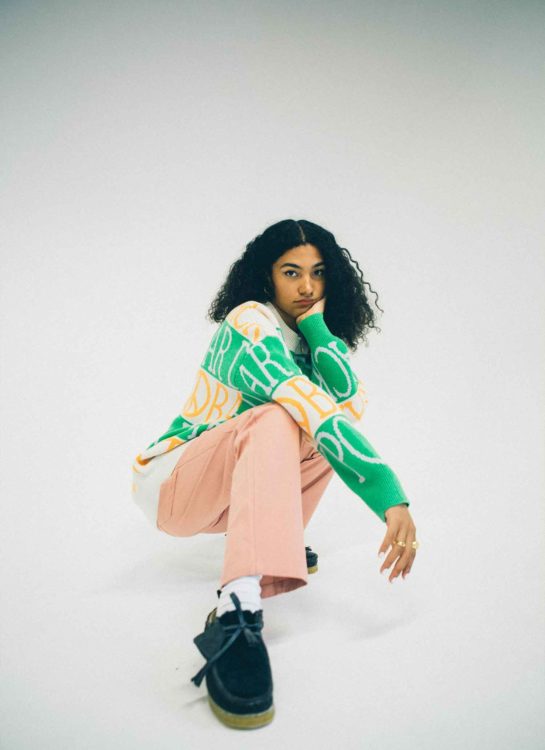 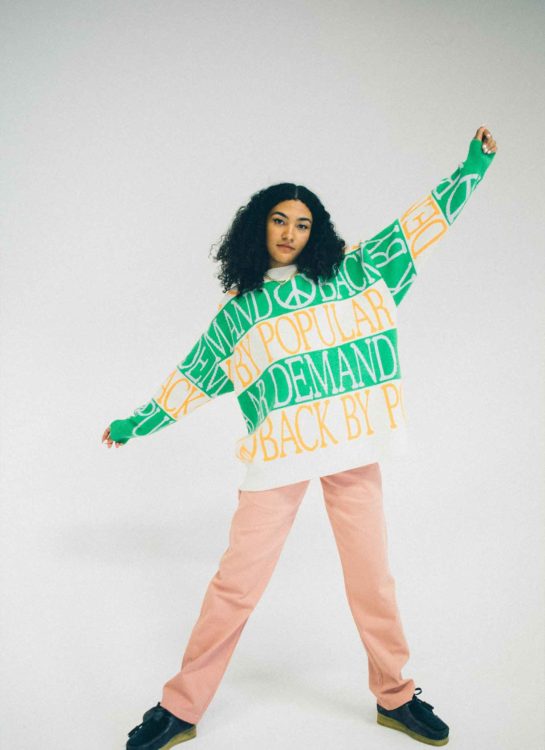 Your music is really honest, it’s refreshing. Am I right in thinking you put a lot of yourself into your music?

Yes, I put all of myself into my music. If I’m honest I find song-writing very therapeutic and it allows me to have somewhere to process things that I can’t process just through talking. Sometimes I need to write a song about something to really understand how I feel about it. My music is very personal and about real shit, real big girl shit.

Do you wish to hold anything back?

Yes, all the time. Sometimes it’s funny with music, you write something, and it doesn’t come out for a long time so gives you time to get over it. I couldn’t release something the day after I wrote it, I have to let it cook and come to terms with the fact it’s gonna’ come out and people are gonna’ hear it. So, I need to give myself time to prepare, definitely. 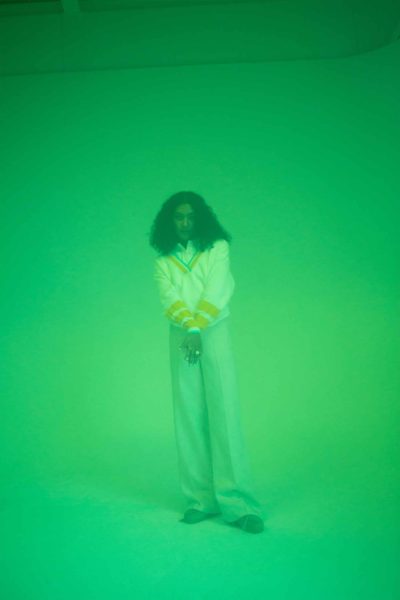 You’ve been very open about who your musical influences are. Is there anyone on that list we wouldn’t expect?

I really like Talking Heads. And I also really like Jeff Buckley. So, they might be two unexpected ones… but also expected because they’re brilliant artists.

Aside from musically, how else are you expressing yourself?

I love fashion. I love colour and matching things. I like matching my socks with my outfit lots, it’s really cute. My hair is a big thing for me too, I just want it to grow and grow and grow so it’s taking up the whole room and the whole world.

Tell us why we should listen to Olivia Dean.

You should listen to Olivia Dean because it bangs, she’s a real girl, got a good heart. You know what I mean, I just want you to have a good time!

Listen to Olivia Dean's music below: