We dive into the life of Qhairo - who blends hip hop, soul and R&B with an identity as multi-faceted as his extraordinary debut project '60FOOTNOIR'.

‘60FOOTNOIR’, the genre-blending debut EP from east London’s Qhairo, is both gentle and chaotic, luxurious and messy, a mesmerising mix of revelation and withholding. From denial to acceptance, his 4-track creation journeys blissfully through a lifetime of self-discovery, curiosity and growth, laying bare his innermost reflections in a multi-layered tapestry reminiscent of personal history. Wrestling with blackness, queerness, stereotypes and masculinity, 27-year-old Qhairo, born Te Qhairo Eugene, approaches his lyricism with an emotional candour, adding a richness to his introspective and intimate new release.

However, despite making art that exudes a sense of self-containment, the road to acceptance wasn’t always easy. As the youngest child of a large Caribbean family, Qhairo battled with constant self-comparison to his stereotypically ‘masculine’ older brothers, leading him to sink slowly into a crisis of identity born out of years of internal conflicts, a glitchy journey reflected in his recent visuals (see here: the accompanying visualiser to Qhairo’s ‘God’). Finding representation within music, an artistic expression he has loved since his days singing hymns in the school choir and stealing R&B tapes from his brother became hugely important. For Qhairo, the first representation of anything black and queer came with the rise of Frank Ocean. Ocean dropped a bomb in the rigid, often macho world of hip hop. Despite lyrics shrouded in metaphor and a persona shadowed in mystery, his music cut through the hard veneer to reveal the magic in vulnerability. Making music today, Qhairo hopes to be the physical representation of something he didn’t see growing up.

“Blue Petals,” the first track released from ‘60FOOTNOIR’, is a voyage of sexual exploration. Through a dizzying fusion of soul and R&B, the track dives deep into a well of memory to explore sexuality with a bold intimacy. “Goodnights & Goodbyes” is a nostalgic ode to the transience of human relationships, capturing the multiple feelings and ever-changing dynamics between two people. “God” shifts the gaze outwards, allowing Qhairo to delve into the nuances of the black male experience and break apart the stereotypes that society has so often placed upon him. Shifting the gaze once more, “Black Skin Barbie,” the last track from his August-released EP, questions the black female experience and highlights the – often tainted – value we place on ourselves.

‘60FOOTNOIR’ comes 360, being at once direct and ambiguous in its ode to growth. Exploring all facets of ones candidly told narrative, Qhairo’s introspective, blissed-out R&B has come a long way from his days performing in the local Pentecostal church and writing songs at a Stratford youth club. Only days after the release of his EP and chatting about self-discovery, artistic expression and overcoming obstacles, we dive into the life of a man who blends hip hop, soul and R&B with an identity as multi-faceted as his extraordinary debut project. 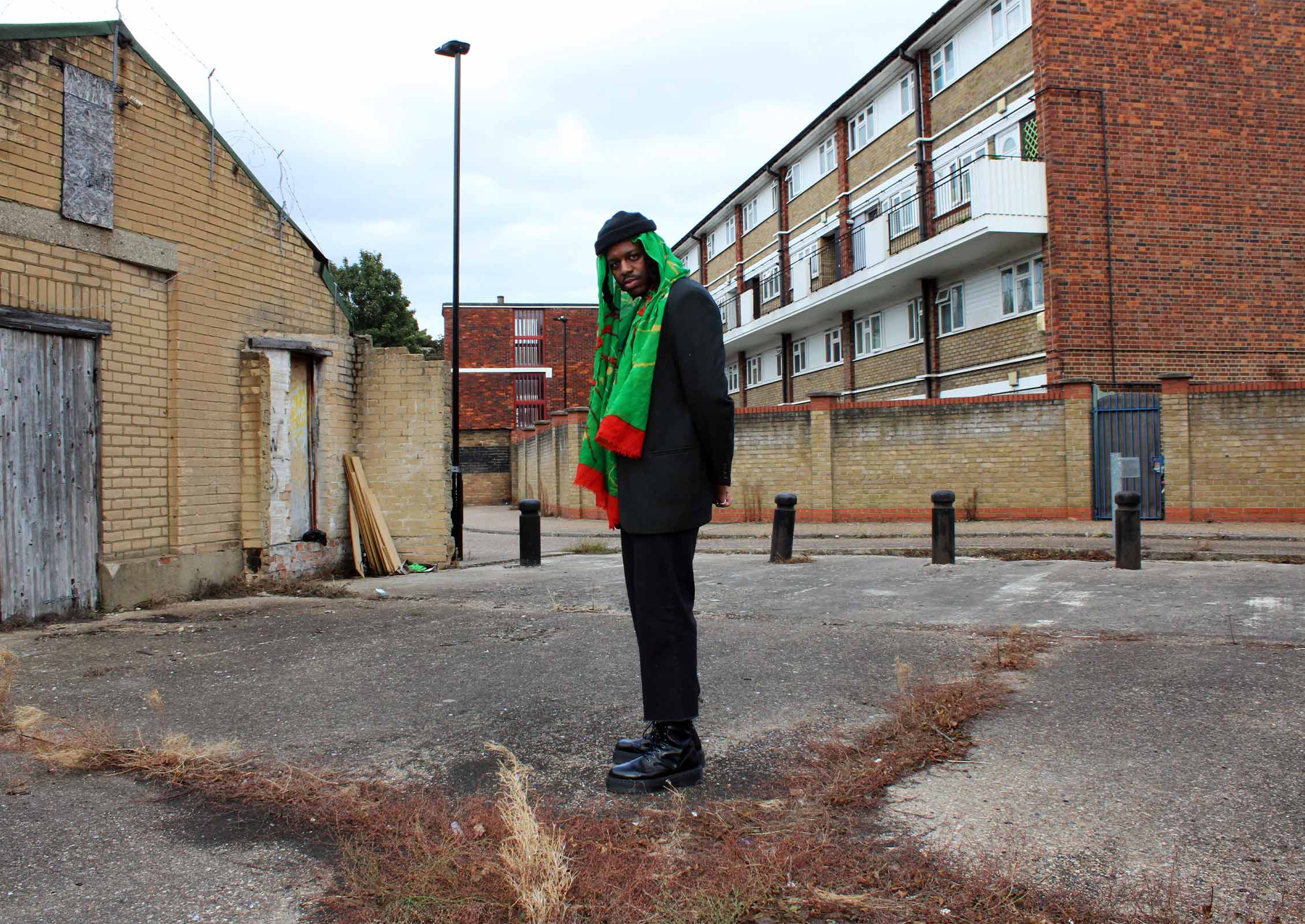 What have these last few months taught you?

I think mostly to be louder and more active in my communities and as an ally. And also, to clean my phone and keys when I enter the house.

You released an EP during lockdown. Have you found music to be an escape?

No, actually. Releasing ‘60FOOTNOIR’ (music and visuals) has been like a diary for me, a place for me to vent, release all my emotions and be 100% honest. It’s been more of a direct confrontation.

While journeying through self-discovery and acceptance, your music feeds into a lot of different aspects of your identity. Was there a conscious effort to showcase all of these facets on the project?

Definitely. I used to chameleon a lot when I was younger, I shied away from addressing issues around identity. I tried to fit into masculine and black stereotypes and avoided queerness in general. I realised the more I showcase who I am creatively the less room there is for me to perpetuate those bad habits or hide from myself. 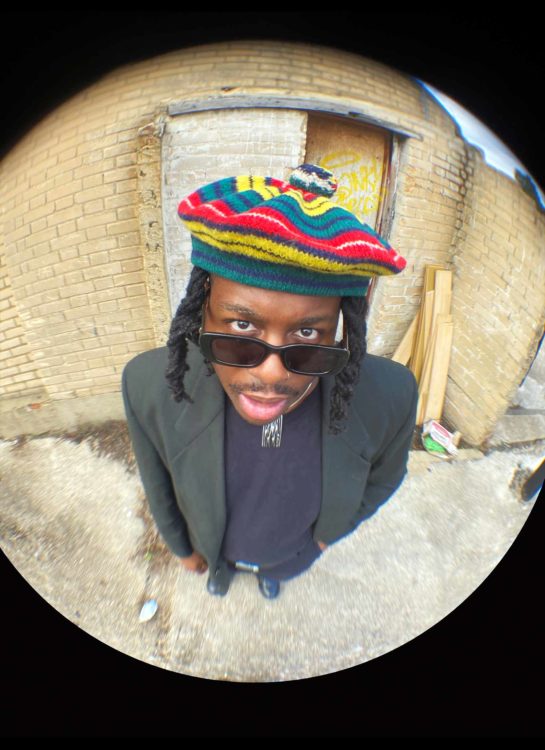 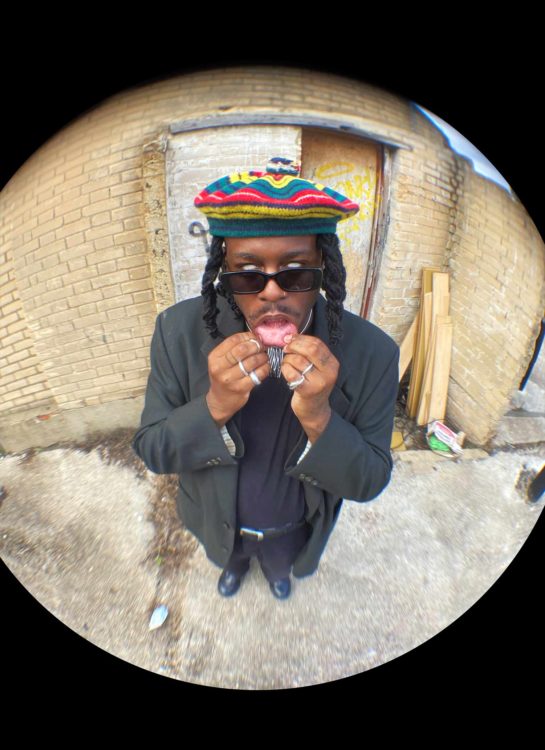 How has music helped you on this journey?

It’s the only real time I open up. I guess it’s allowed me to be honest with myself more than I would’ve been.

Everything… literally. Artistically, mentally, sexually, emotionally. I feel limitless now so no more boundaries on what I do and how I do it. All genres, not just one person, any and all sexes, all art forms.

Since putting your work out there, what have you learnt about yourself as a creative?

I’ve learnt that I’m messy as a creative, I like doing loads of things at the same time. I’ll start a new thing before I finish an old one, but they both inform each other so it works, if that makes sense.

Aside from musically, how else are you expressing yourself?

I express myself through art and fashion. I paint a lot. I recently started learning how to sew and pattern cut. I also dye my hair if I get bored.

Are there any other avenues you’d love to explore creatively?

I’d love to direct/creatively direct. To portray stories through concept and imagery is exciting to me. 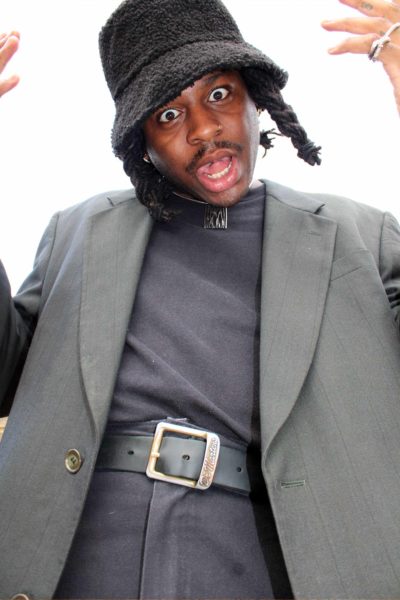 For any artist starting out, there are always bumps in the road. What is the biggest obstacle you’ve overcome?

I mean there’s loads but probably self-doubt. Understanding that it’s okay to be down and doubt yourself knowing that everybody does, but moving through it anyway. Not becoming stagnant.

You’ve been very open about who your musical influences are. Is there anyone on that list we wouldn’t expect?

I don’t know what people would expect really. But I love Nils Frahm, particularly the Solo project. That has me up in my feeling’s boy… Every day of the week.

Aside from your own music, what have you been listening to?

Been listening to Hawa – they’re heavy.

Ayeisha Raquel is a madness.

Tell us why we should listen to Qhairo.

I guess it’s honest. So, if you listen and resonate with it then you know you’re definitely resonating with me as a person.