49th and Main are an indie-pop duo who have come a long way since meeting at school in their hometown of Kilkenny, Ireland. Made up of Ben O’Sullivan and vocalist/multi-instrumentalist Paddy King, latest single “Human Condition” is the lead track from their upcoming EP ‘Must Be Nice’ due later this summer.

The pair’s career journey has not been a straightforward one, their name stemming from a trip Ben took to Vancouver – making music for Paddy to work on when he returned. It was around this time that Ben developed a rare blood disease, not only making him chronically fatigued but prone to infection. After returning home and receiving a diagnosis in January 2020, left heavily immunocompromised Ben was almost completely trapped between an attic or a triple-sealed hospital room. It was three months later that 49th & Main introduced themselves to the world, with “Party Alone” as their mission statement single. They continued working and releasing music, and it was “Catching Eyes” that accumulated over 13 million streams on Spotify.

Their last mixtape ‘COVID TAPES’ consists of five songs written in five days while the pair were isolating, another demonstration of their musical ability for perseverance and optimism. In honour of their new single, and upcoming EP, we chat to Ben about all things the ‘Human Condition’, and the pair makes us a mix perfect for summer. 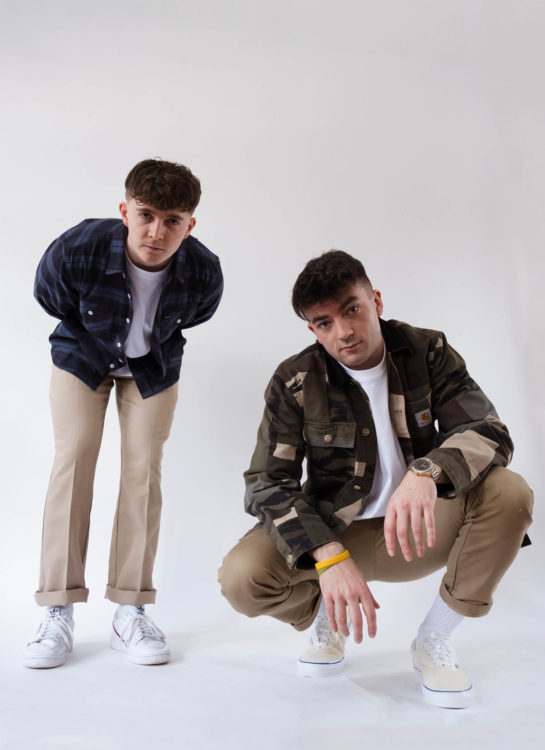 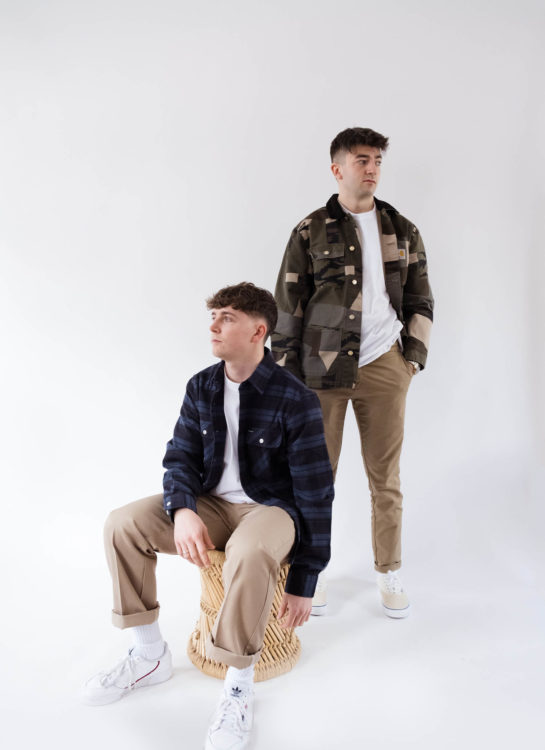 Hey! Congratulations on your new single, “Human Condition” – how does it feel now it’s out in the world? Has it been a long time coming?

It’s always exciting seeing a song released into the world. A little nerve-wracking too. No idea how it will be received, people might love it, they might hate but luckily enough on this occasion, it seems to be the former. It was actually one of the final songs to be finished from the EP, so we haven’t been sitting on it for too long, which is great because that’s one of the worst things about producing music. Having to sit on it is no craic.

Talk me through the single, how did it come about? What made you want to write a song about the ‘human condition’?

We wanted to write an ‘anthem’ of a song. Something that everyone can belt out and really relates to. So naturally, we thought of things people have in common and the obvious answer was that we’re all humans. As far as I’m aware. Think it really encapsulates what it is to be blessed and cursed with this here ‘human condition’.

I understand this track is from your EP ‘Must Be Nice’ due for release next month – how does ‘Human Condition’ fit into the rest of the EP? Are there any other overarching themes that the track engages with?

We can’t wait to get the whole lot out. Been sitting on some of these tracks for a long time now and they are easily the best we’ve ever made so we can’t wait. One of the philosophies we like to stick to whilst making music is one I like to think Disney stick to while they make films. Simple and colourful enough to captivate children, but detailed and deep enough to resonate with everyone. So this can be heard throughout the project. You won’t get anything too ‘off the wall’ or ‘abstract’ but we made sure that the project, in its constituent parts, can hold its own against the best out there.

Your musical journey began after Ben experienced health difficulties, and your EP ‘COVID TAPES’ was produced during covid isolation. Do you feel your musical output is fuelled by overcoming, or helping you through, difficult situations? What does the project-making process mean to you?
100%. Music is my medicine, as I’m sure it is for a lot of people. Without the ability to make music I have no idea if I would’ve been able to get through the past few years. Overcoming difficult situations also offers a good deal of inspiration so I like to think of it as fuel. The project-making process is also a lot of fun, thinking of each song as part of a bigger picture is interesting, like pieces of a jigsaw. We like to not box our sound in too much, and this proves challenging when trying to produce a cohesive product, but I think we smashed it this time round.

What are you proudest of about the upcoming EP?

Good question. I think it’s the lack of constraints we put on ourselves when making it. We jumped around genres, wildly different tempo regions, structures, topics and somehow managed to pull together a very cohesive and strong sounding project that we’re very proud of.

You’ve been announced to play at Glastonbury next week, how does it feel going from meeting at school in Kilkenny, to being on the line-up of one of the world’s biggest festivals?

I think we’re both waiting for someone to shake us and snap us out of this dream, to be honest. It’s all happening very fast and it’s hard to make sense of it a lot of the time but we’re trying to soak it all up and enjoy every second of it. We’re representing Kilkenny and Ireland everywhere we go. We’re making sure to remember where we came from. Even if a lot of people don’t remember us being in that school!

Your debut show sold out six months in advance, do you get a chance to connect with your growing fanbase?

Not as much as we’d like at the moment, I feel like i’d like to ask everyone out for a pint and sit down and get to know everyone you know, because at the end of the day all we do is make a few tunes, the fans our the ones responsible for all of this so we owe them big time. We love chatting to people at shows too. We played our first festival the other week and meeting people who had travelled from so far just to come see us was amazing. An experience we’ll never forget. And if you see either of us out and about please come for a chat we’ll always make time. We love yous.

Do you both cite any personal musical influences that you feel you carry with you?

We both have such different tastes in music. Whatever we’re listening to at the time has a huge influence on the type of stuff we’re making. Production-wise, I love producers who are ‘imperfect’ sounding. Dilla, Flying Lotus, Fred Again.. to cite a few. Paddy would be more of a Chilli Peppers, Nirvana-type guy. I feel like our different influences amalgamate into the sound you hear from us.

What do you hope people take away from your new track, and your upcoming EP overall?

We want people to dance. Have a laugh with friends. Have one too many. Enjoy the little things in life. Make memories to these songs.

Look, we’re gonna aim for the top of the mountain, chances are we’re never gonna get there but that’s fine, I just can’t bare the thought of regretting not going for it. As a wise man once said, ‘Life is a Journey, not a destination.’ Is that a cringey way to end it? Good.