Delivering house music to stand the test of time, AmyElle makes Notion an exclusive mix to see in the long weekend.

Born in Texas but raised in Scotland, DJ and producer AmyElle has been rising the ranks of electronic music and putting her own stamp on the scene with unique and eclectic tracks.

After accelerating her career throughout the pandemic despite its challenges for live music, the Scottish artist has been tipped by the likes of Pete Tong and Jaguar Worldwide, played venues from Printworks to major festivals, gained support from BBC Radio 1 and Spotify, and seen over 6 million streams on her tracks.

Following her latest track, “Let Me In” with Shania, AmyElle has shows coming up at Hideout, Splash House LA and Firefly Music Festival, it’s set to be her summer to blow.

We caught up with the artist about her journey so far, advice for aspiring female DJs and producers, and what’s next. And to see in the bank holiday weekend, listen to her exclusive mix for Notion below. 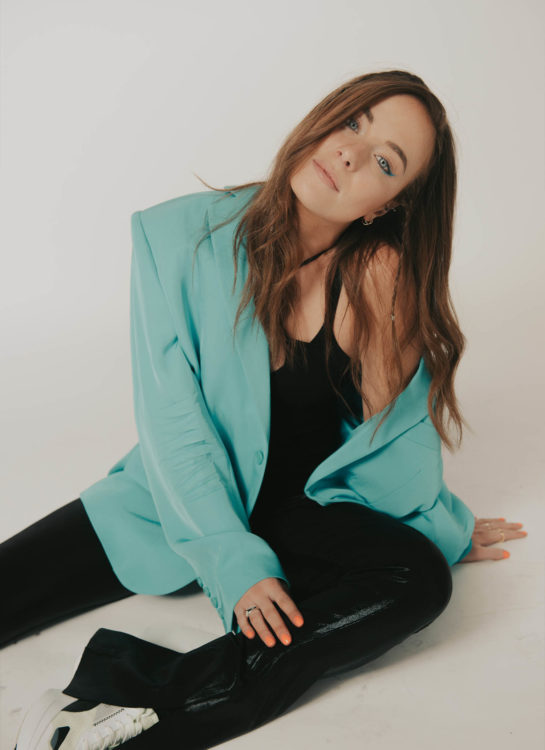 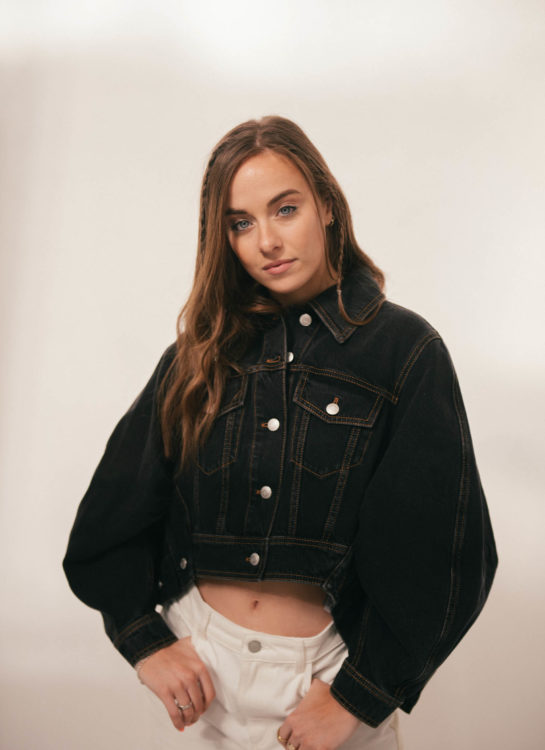 Where did your career with DJing and producing start? How did you get into it?

I always loved music. I started singing and songwriting on guitar and piano when I was about 12, then getting gigs in coffee shops, then to bars and weddings. That lead me to study a BA in music and then I started to explore the world of production. I remember electronic dance was really making its way through the charts and I loved diving into the production of a record and why it elevated a song. I worked with a lot of producers on my own music, then I made the decision to become the sole producer on my tracks. The stuff I was writing was dance focused, and the DJing came later. I was looking into ways I could perform my music –  I didn’t know any DJs at this point and wasn’t involved around club culture, so I thought… maybe I’ll try this DJing thing? I was intrigued and I bought a second hand pair of decks off eBay, started going to raves, and haven’t looked back since.

How did it feel to be recognised by the likes of Radio 1 and Spotify for your latest single?

Amazing, of course! It’s always such a buzz to hear that the team at Radio 1 are supporting my music. My manager called me up telling me that Sarah Story had made it her track ID on Radio 1 and [asked] if I was free to go into the studios and record an interview the next day. I’ve grown up listening to Radio, 1 and then to be in there, speaking about my music, it was pretty special. Shania and I made the cover of UK House Music on Spotify which I’m really proud of.

Were you expecting such a huge response to it?

I try not to have expectations for how well a record will do, but it’s always a nice feeling when things go well and people love what you’ve created. Ultimately, I always need to be true to myself, and if I like it, that’s what counts.

You’re playing at Radio 1’s Big Weekend, Hideout and Firefly Festival this year. What are you most looking forward to about playing festivals across the world?

So insane! Being honest, I’m really just ready to experience these amazing venues, places, people – whatever that entails. I can’t wait to test out my new music, be inspired by everything and come back stronger after this summer. 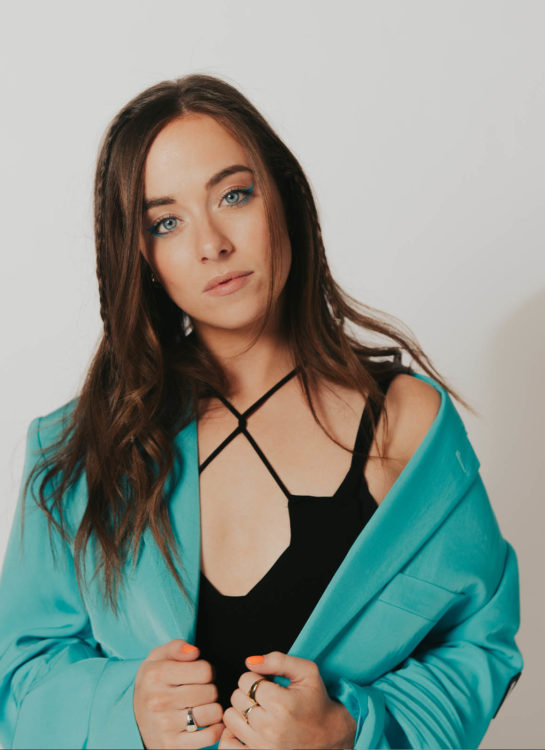 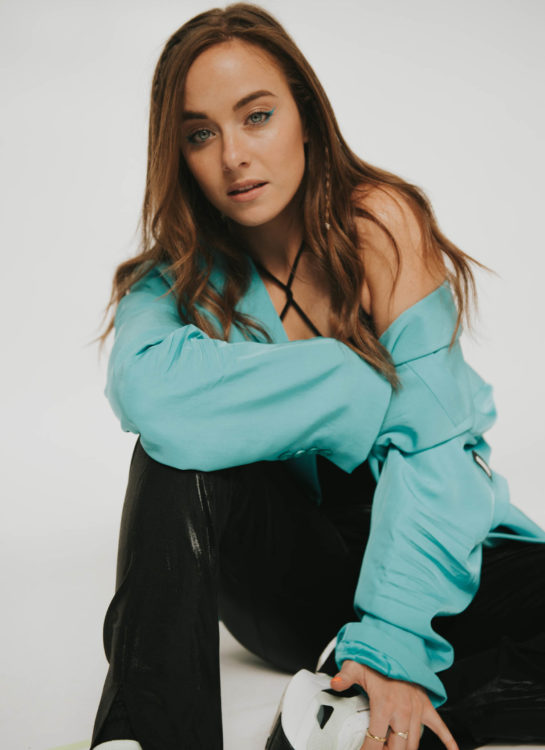 What is your most memorable moment from a gig you’ve played?

Fabric, Room 3, all night long set. Bucket list moment in itself, but I could see everyone. There were no flashing lights, we all just connected and I was able to dive into my music collection and play my most melodic to my most techno. The atmosphere was incredible.

And Propyard Bristol, New Year. I dropped Eric Prydz “Opus” and I just had this incredible sense of self accomplishment for 2021 – in that moment I remembered DJing in small bars in Scotland at New Year and just how far I had come. Hot Since 82 came on after me and I’ve wanted to play alongside him for ages, then he asked me to go back to back with him…. It was pretty special.

What is the best part of collaborating with other female artists?

There’s just something super powerful about working with other females. It’s really refreshing and fun, especially an all female session, and I’m surprised by how many females say I’m the first female producer they have worked with! Crazy. I love to push female talent forward, so the more music I can make with females the better. Also, if I can inspire other females to get producing then that’s a bonus.

How would you define your sound as an artist? Is there a certain vibe you hope to capture with your tracks?

I’m still discovering it to be honest. Right now I’m writing a tonne of stuff because sticking to one thing for me gets boring. Every record I make though, I always say I want it have ‘soul’ to it. This means it has a purpose and to hopefully stand the test of time. I’m not here to follow trends, I’m here to push boundaries and not follow the crowd.

If you could collaborate with any artist in the world who would it be and why?

Such a hard question because there’s so many people and for so many different reasons.  I’ve always wanted to get into a session with Disclosure though as they are one of the first electronic acts I saw at a festival, which really made me fall in love with dance music. I would love to pick their brains on a few things.

What is the biggest piece of advice you’d give to new female DJs and producers who might be apprehensive about breaking into the industry?

The music industry is still very white male dominated and it can be daunting, you will experience gender inequality. I have experienced a fair amount, but there’s got to be some point where we just say ‘fuck it’. Believe in yourself, stand up for your values and opinions and don’t waste your energy on negativity. I always say ‘knowledge is key’, know your craft and be eager to learn more. Connect with others around you and be nice.

What can we expect to see from you next? Do you have any milestones you’re hoping to hit over the next year?

Loads of milestones! This is my first year of touring so a major milestone in itself. I’m playing out in America which has been a goal since I started this project and I’m playing insane shows like Tomorrowland, Hideout, Amnesia… I can’t believe it. I’m shit scared but so ready. Music-wise, I’ve got some in the pipeline and I cant wait to discover more of what my sound is after this year.

Tell us a bit about this mix – what mood were you hoping to represent with it?

The mix I’ve done is full of records I’ve been spinning at recent shows. I love to take people through a journey in my sets so dip into a few different sub genres. I’ve got some house records, tribal and some more melodic records!

“Need You Now” by AmyElle 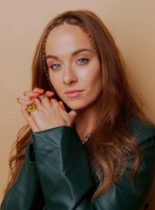