DJ, producer, singer, songwriter, and musician Bklava creates an exclusive mix for Notion and chats about her new 'Autonomy EP'.

South London-born, now Brighton-based, from her earliest years the multifaceted artist Bklava was immersed in a melting pot of sounds. Her parents are from Lebanon and Ireland, throwing different musical flavours into her upbringing. With her future-facing UKG, house, and electro-pop blend, she adds a unique twist to the musical landscape.

Embedded in both the Brighton and the London underground music network, Bklava started out as a Brit School student with a love of singing and writing. Her knack for DJing and producing came later, but is now an important part of her musical persona – in performance, she’ll deftly flick the switch between singer and mixer. The artist also recently made a remix for Sonny Fodera and Diplo.

The 25-year-old was granted her breakthrough in 2019 with “CNTRL”, Radio 1XTRA’s DJ Target the first to pile on support. Singles “Got It Good”, “Take Time” and “Through the Night” followed, as well as playing alongside the likes of El-B, Dan Shake, Zed Bias, Kurupt FM, High Focus Records, and Conducta. In 2020, she was singled out by Ministry of Sound as a new signee.

A hotly tipped debut EP was the obvious next step, its high anticipation confirmed as well-placed by Clara Amfo, Greg James, Nick Grimshaw, and Jaguar. This year sees Bklava’s follow-up EP – ‘Autonomy’ – guided in with a personal single “Close To You”. Both handle similar themes of love and female independence. Bklava has been vocal about the lack of support for female and non-binary DJs and decided to go ahead and start her own DJ platform support network, Spin Suga.

As she releases her sophomore EP, ‘Autonomy’, we caught up with the sugar-sweet artist about all that’s coming up ahead. Plus, she’s made an exclusive mix for Notion too. 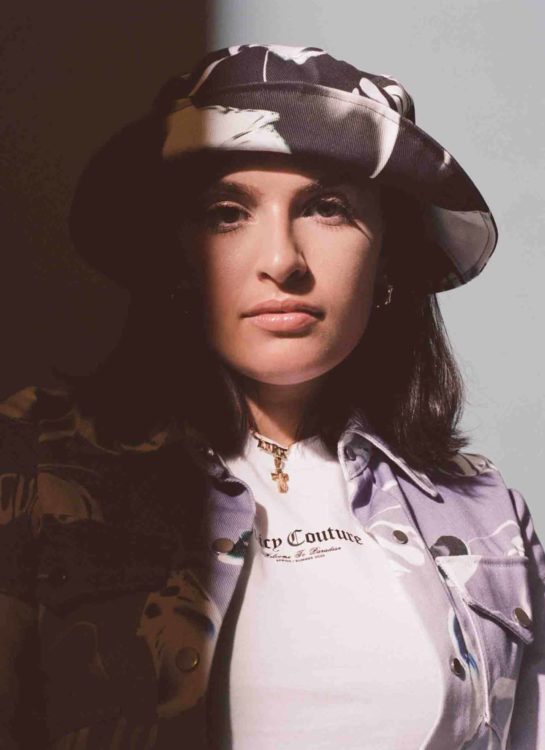 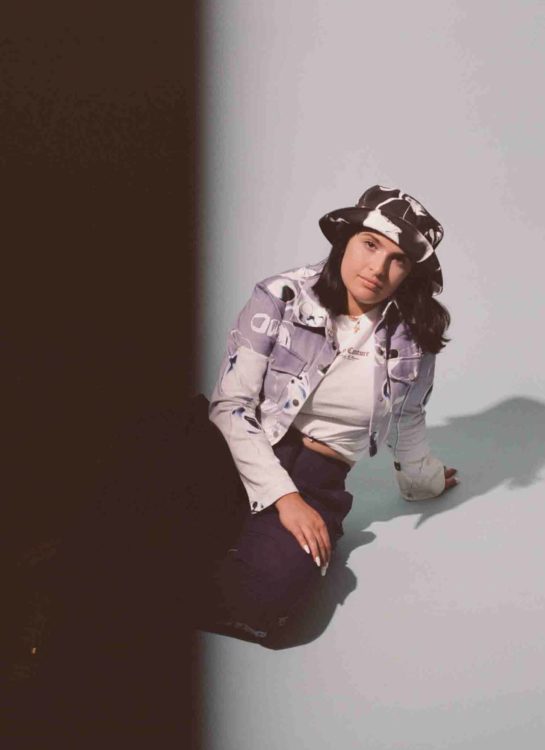 Tell us about your new EP, ‘Autonomy’. What has changed in your sound or creative process since your debut EP?

‘Autonomy’ pretty much reflects on my journey towards freedom of one’s self, independence, and what that means for me! The growth, journey, and evolution of this EP is reflected in the story of each track. I definitely feel like the creative process has elevated every time I embark on something new. I’m a lot more sure of my sound (it’s always developing), but I feel comfortable experimenting with new styles, so testing out new ideas naturally makes the process different each time, bringing a unique experience to each project!

Your recent track “Close To You” referenced your newfound independence, while the title ‘Autonomy’ suggests you’re thinking about similar themes. Are independence and power something you’ve been looking to explore in your latest music?

Absolutely! I used to always write about love (I still do), but it’s been really inspiring writing about other subjects that drive me. Things that make me look a little deeper. I thought I would never be able to write about mental health, but it’s been therapeutic writing about the good, bad, and the ugly that comes with it. It’s helped me understand myself a whole lot more.

How do you go about capturing your personal experiences and emotions in your music?

I try to keep that in the lyrics- even tho sometimes they can still be ambiguous and sound like one thing when it means another. But I like that people interpret things in their own way. I just try to write as honestly as possible about my experiences and hope that it connects with someone.

How has your Irish and Lebanese heritage influenced your current music, and what are the biggest influences on your sound right now?

My dad is musical and has been singing, playing the guitar and writing music ever since I could remember, so that definitely inspired me when I was growing up and wanting to get into music and writing. In Lebanese culture, dance is a huge part of that. I remember attempting to belly dance with my mum and Teta at family parties listening to Lebanese dance/pop tracks from the 90s/00s, so those influences have stayed with me and most likely became a part of my love for music and dance.

As a multi-faceted artist, how do you balance your DJing work with singing/songwriting?

It’s very sporadic- some days, I’ll cram in a mix or two and then write/record a project. I think most days I’m writing, practising my singing, production or DJing- it means there’s always something to do! One good thing about the pandemic was understanding when to take a break, and I think I’m still learning that now.

You’re embedded in the Brighton and London club circuit – are there any other UK or global club scenes that you’ve got your eye on or admire?

Definitely! Berlin, Aukland and Tokyo. Mumbai as well. There’s a lot of cool music, labels, and nights in these areas that I’ve seen pop up in the last couple of years. I’d like to visit all of these places and get an idea of what the nightlife is like there. A lot of Japanese producers, in particular, are making a lot of UK dance inspired tracks but with their own spin on it, which is so sick. I love that.

What are your most memorable experiences of performing live (both good and bad!)?

The most memorable gig was probably the Keep Hush/Kiwi night at Mick’s Garage. I’ve sung in the club many a time but never got a reception quite like that one (until very recently). I was so nervous because it was the first time I’d been filmed djing with a crowd like that and I made loads of mistakes, but it’s still my favourite. There were a lot of wonderful people there from the scene too, and it was just a really good night.

I’ve had quite a few nights that ended up being underwhelming where I’ve played to no one, again quite recently too haha, so it really depends but all the good ones make up for the bad. It sucks at the time, but there’ll always be a story to tell!!!

What are your 2021/22 plans for Spin Suga, your DJ platform support network?

I really want to expand it, create a community and continue doing interviews and mix series. It would be great to introduce more emerging DJs – bedroom DJs and producers looking to get out there. The interview series is a work in progress atm so keep your eyes peeled for that!

Talk us through your mix for Notion. What vibe are you hoping to create, and why did you pick these tracks

It’s a very summery UKG mix! As soon as the sun comes out, this is all I wanna play! There’s loads of fresh music from a lot of talented up and coming producers! Issa heatwave x

Listen to Bklava's new EP below:

Selected by Bklava and ABSOLUTE. 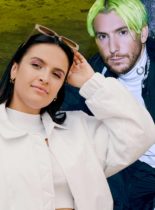 Bklava and ABSOLUTE. have linked up for the rave-ready piano-led banger, "Fired Up (ABSOLUTE. Edit)", so we asked the pair for their 10 fave club slammers. 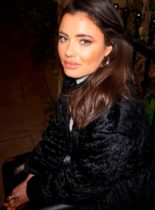