In the Mix: Child of the Parish

Duo Child of the Parish create an exclusive mix for Notion and open up about their sound, sibling bond, and new EP.

Child of the Parish use music as a sandbox for exploration. They’re formed of two brothers who see eye-to-eye on all things creative, Ben and Tom Vella – including the principle that production of the music is just as important as its composition.

Their music rifles through decades of musical experimentation to find new and surprising combinations of sounds, whether it’s industrial synths, a talkbox effect or dreamy vocals. It’s an approach that melds together a compelling nostalgia, especially for the 70s, with a savvy understanding of how these ideas need to be adopted for the genre-aware present day,

The latest work, the song “Quiet Life”, is a playful and defiantly idiosyncratic realisation of those ambitions, driving Child of the Parish to new heights after a big launch year in 2021.

On the song, they say, “Quiet Life is about how often life is anything but. Having escaped to the countryside myself in pursuit of this, and not particularly calmed down in any perceivable way, the song is semi-autobiographical. But it takes the idea on a bit of a wonky trip to bat-country, tipping a fisherman’s hat to the ether-soaked world of Hunter S. Thompson, one of my heroes in literature. There are elements of hip hop in the production (we thought there was still room to squeeze a couple more genres into the album!), so we were delighted to have Paul White on co-production as we’re huge fans of his work on Danny Brown’s amazing ‘Atrocity Exhibition’.”

Child of the Parish aren’t done experimenting yet, so we sat down with them to find out more about… 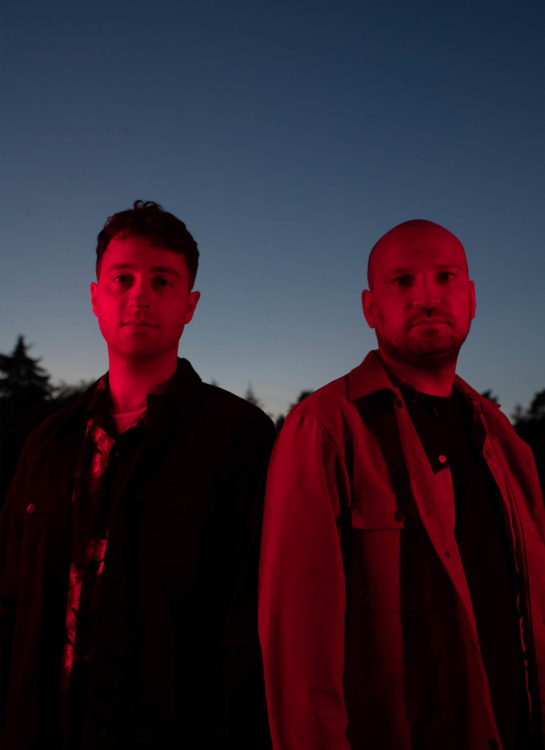 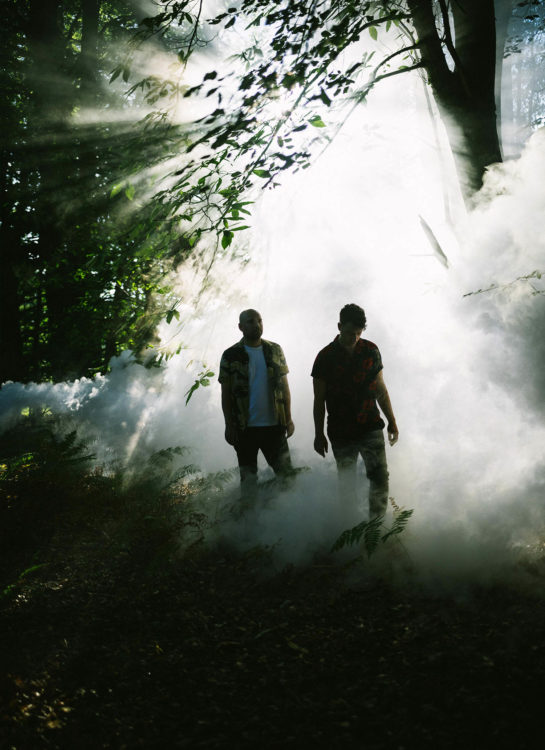 How do you balance nostalgia with contemporary sounds in your music?

I’m not sure it’s ever hugely planned, I think we just listen to quite a lot of artists that have a bit of a blend like that; Tame impala, myd, unknown mortal orchestra, hot chip, badbadnotgood etc. If it feels forced you can tell it from a mile off, but I think when you get that right combination of sounds it can really surprise the listener, which is always great. We both grew up with dance/electronic music, and contemporary rock/indie as well as our parents 60’s-70’s record collection all being equally important to us. Maybe we’re just magpies but if I’m working on a tune with a dance beat and I think of a 70’s style guitar part that works I’ve never liked the idea of being constrained enough to not go with my instinct.

A lot of your songs throw back to 70s sounds. What specifically appealed about that period?

There was just so much fantastic music in that time, and so many fantastic producers that defined certain sounds. From disco, to the California sound, glam.. I think there was a very cool coalescing period where you had this great meeting between pop that had an alternative bent to it, songs you could sing along with but were still ground-breaking and unique.

How was the experience of collaborating with Paul White and Nathan Body on the single?

It was great to work with Paul and Nathan, we were huge fans of the Danny Brown album that Paul worked on, Atrocity Exhibition, so we were thrilled when we heard he was up for it. We were experimenting with some slightly more hip hop aspects to the production, but obviously with our own spin on it, so you worried as it was a bit of a mish mash whether an outside producer would get it, but as soon as we heard Pauls first version we knew he’d totally got the vibe. Paul recommended Nathan as they’d worked together before, and we were obviously massive fans of his work with James Blake. We couldn’t be happier with the way it worked out, and we’re working on more tunes with him now at the moment that are really exciting.

How has your bond as siblings affected the way you make music together?

It’s been great – you can’t bullshit each other, and don’t feel the need to be polite particularly! But it means we’re pretty open and honest with our feelings on things, thoughts on how to progress a tune etc. Tom comes from a bit more of a DJ, dance background, I’m a bit more guitar based, although we cross over a lot. We haven’t toured yet, but we shared a bunk bed for several years so I reckon we can handle a tour bus!

Do you think much about genre when making your music? Do you consider it a barrier?

I should probably think about it more than I do! I’ve just always loved artists that cross over and blend genres. Artists like Beck were really important to me growing up, to be able to blend hip hop, electronica, rock, country; there’s just never a dull moment on a Beck record and you have no idea what’s coming next. I like that in artists like Tyler the Creator, Kendrick Lamar, where you have soul, RnB, jazz etc bleeding into records. I think it can make it a little harder for a new band, if the album isn’t out and you’re just hearing it single by single, but on the album I think there’s a flow that links everything together.

What was it like getting that vital support from Radio 1 and 6 Music?

It meant a lot! We’ve been really supported by the BBC from the ground up, starting with BBC introducing on our local station (BBC three counties) to Lauren Laverne on 6 Music and Jack Saunders on radio 1. Even though streaming is so important now there’s nothing quite like hearing your song on the radio.

What message do you want people to take from your new EP?

This was really our lockdown EP, we were right at the point of starting gigging when corona virus hit. As with everyone in music (and everywhere else) it totally through us off the tracks, we moved labels and then had all this time where we had no idea what was happening. I think in this EP you can hear we channelled it into the work. Not that the EP is remotely about the pandemic, it’s more that as we had all this extra time we thought we might as well experiment a bit more, so I think across the 4 tracks there’s a real mix of influences we wanted to try out. Hopefully we won’t be writing the next EP from a nuclear bunker..

How do you go about following up a debut work? What does developing your sound mean to you?

I have no idea, which is quite exciting! This initial record has been really weird because of the extra couple of years from the pandemic, I’m interested to know how we’ll work on a more usual time scale. Perhaps we’ll narrow down our sound a bit, or perhaps it’ll go the opposite way. I guess with a debut it’s nice having time to write more, but actually being forced to be more concise is probably good in its own way, you can’t obsessively nit-pick things.

What’s inspiring you guys outside of music right now?

God that’s a hard question right now, between corona virus and Russia it’s felt like a pretty historically awful few years. Music, making it and listening to it, is one of the few great escapes we have. Other than that I listen to a lot of podcasts, and I’m lucky that I live in the middle of the countryside now – if shit gets too heavy I can turn off the news and go for a walk!

Well until Russian invaded Ukraine I thought it had to be better than 2021! Band wise it should be really exciting, finally playing shows, the album and comic coming out, we can’t wait. I just hope the rest of the world calms down a bit!

Lastly, talk us through your mix. What vibe were you hoping to create?

I knew I wanted to start the mix a bit more down tempo and song based before getting a bit more dancey towards the end. The tunes I selected were generally favourites from last year, with a few brand new bits and one or two that were a bit older. I like to use acapella’s in DJ mixes, as well as looping other elements and using them as an additional layer. For example in this mix I used the hook from Rez by Underworld and placed it over another track that had a similar feel. I also did some live synth tweaking over one track as I felt it could take it and it’s something I’d wanted to experiment with for a while. Further down the line we plan to do a DJ set with added live elements and live looping, however the focus at the moment is definitely on getting the band ready for live shows!

Listen to their exclusive mix below:

Child of the Parish