Mysterious and enigmatic, masked producer Claptone has had many a hit since his arrival more than a decade ago.

Known for his irresistible club remixes, Claptone has lent his magical touch to tracks such as Dua Lipa and Elton John’s “Cold Heart” as well as Ava Max’s “Head & Heart”. His 2021 album, ‘Closer’ (his third to date), saw him collaborate with the likes of Seal, Barry Manilow, Peter Bjorn and John, Two Another and James Vincent McMorrow, amongst many others.

This summer, Claptone has made a return to the iconic party island of Ibiza, bringing his esteemed residency, ‘The Masquerade’ to Pacha every Saturday night, with a star-studded line-up of Lee Foss, Fat Boy Slim, Dom Dolla, Paul Woolford, Pete Tong, Hannah Wants, Sofi Tukker and SG Lewis.

We caught up with Claptone to hear about his Pacha residency, taking ‘The Masquerade’ on the road and re-focusing on the dancefloor in his next project. 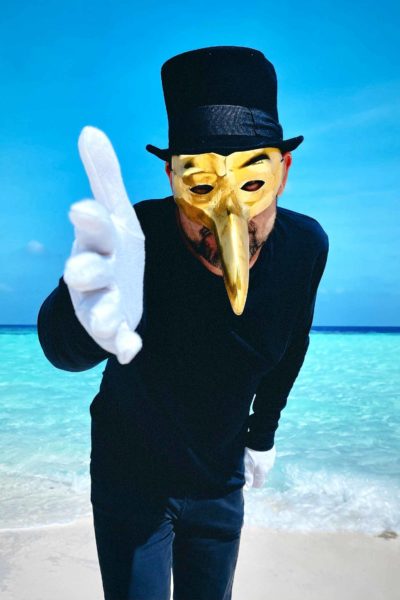 Hey Claptone! How’s your summer been going so far?

Amazing! It’s so good to be back on the road, back on festivals and back in Ibiza of course

Your latest album ‘Closer’ came out at the end of last year, how has the reception been to the project?

I’ve made my best album so far and I’m happy so many people appreciate all the great songs on that album from “Queen Of Ice” to “Just A Ghost”, “Wake Up“, “My Night”, “Golden” and “Beautiful“. There’s so many singles on that album and even though I put out “Calabria” (which is not on the album) for a long hot festival summer, there’ll be two more singles with killer remixes from “Closer” this year. I enlisted Cinthie, Dombresky, Torren Foot and The Reflex to spice up two songs from the album, first one release will be “Make Love Not War” with the amazing Nathan Nicholson on vocal duties.

We have to talk about Ibiza, your Masquerade residency is running all summer and is definitely a calendar highlight – what makes the event so special to you? Why do you feel Pacha – and Ibiza itself – is a perfect environment for your concept?

There’s so much to be excited about! First off It’s an honour for me to define and re-define what the legendary Pacha stands for musically. The club itself looks fresher than ever and has quite a few visual surprises in store. We worked on new costumes and outfits for our mind blowing dancers and performers (stilt walkers, areals etc. pp.) and last not least we have a great DJ line up to support that unique vibe of ‘The Masquerade’ as an open minded history-fuelled but ever new and fascinating house music night. I try to curate a party that makes you smile, actually dance and have a great time where you can be yourself or someone/something you have always wanted to be. The music is House in all it’s beautiful colors and the musical programming doesn’t allow for monotonous or boring. Colorful has always been my favourite colour, hence I invited legends like Fatboy Slim, Kerri Chandler, Armand Van Helden to share decks with Nora En Pure, Purple Disco Machine, John Summit, Dom Dolla and Claptone on every Saturday of course. My goal is to have everyone experience that special vibe of ‘The Masquerade’ in the iconic club on the island.

How did it get started? Is the Masquerade aspect an extension of your own mysterious identity?

I started the Masquerade in 2016 in Berlin. I remember back then the Line up included MK and Perel. I wanted to create an environment where people can be whoever they wanna be for a while and dance with likeminded strangers to the music under a giant Claptone mask. Just celebrate and forget everyday troubles. I wanted to give them the opportunity to mask up so they can come with a clean slate, a new face, that is if they felt like it. I handed out Claptone masks to those who didn’t bring their own outfit, this is something I still do. It’s only fair to give people the opportunity to try out my mask, be mysterious themselves.

You’ve taken your show across the world, from New York to Buenos Aires to Belgium, are there different energies when you play in all these places? Has anywhere been your favourite?

Well the energy is always there. Lots of smiles and happy people enjoying the atmosphere, the performers, dancers, the deko, the guests and the music. But of course it’s a bit of a different to throw an event in a stadium for 17.000 people in Argentina compared to 5.000 in Australia. Saying that, I try to cast locations that support the vibe naturally and/or sort production and deko to make sure you always feel like on ’The Masquerade“. Size isn’t everything and people all over the world who attend my gathering, no matter where they are from are usually just amazing guests. We have a great mixture of all creatures of the night and I wouldn’t have it any other way. I love you! 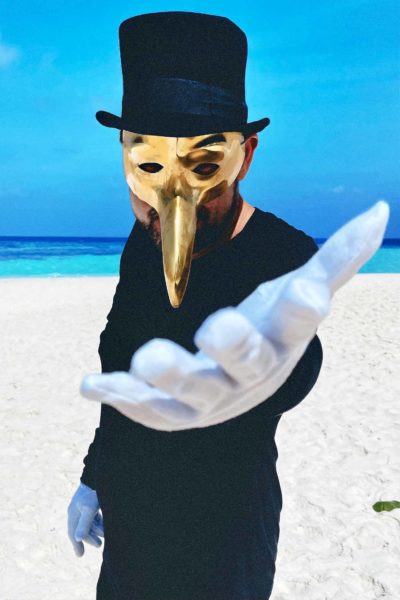 The DJ roster for your residency has massive names: the likes of Fat Boy Slim, Pete Tong and Hannah Wants, how did you choose who to get onboard?

I try to book the DJs that I personally love and think they would go well with the general vibe of ‘The Masquerade’. Musically I wanna create a perfect musical journey through the night for my crowd. There’s a few DJs I have the pleasure to work with since years as they appreciate the party and are just excited to play. I try to always find a good balance between legends like Armand van Helden or Todd Terry and fresh talent like James Hype or John Summit. Best case scenario I book a DJ early on and see them grow, like Purple Disco Machine or Nora En Pure. Obviously it breaks my heart when I can’t get certain DJs involved because of politics and their commitments with other clubs, especially in Ibiza.

And a similar question relating to your remixes and reworks, do people approach you – talk me through the process?

There’s different ways the remixes come together. Obviously – and that’s the regular way, much more likely to happen – labels and artists approach me or my management. Once in a while though I tell my management who I would love to remix and they try to get me enlisted. I love remixing but I turn down a lot of requests where at the same time a lot of remixes for various reasons from lawsuits between artists and labels to sudden new release schedules never see the an official release. On YouTube you can find a DJ mix of only unreleased remixes that I did if you are interested…

Do you have any recent collabs you’re especially proud of?

I am still buzzing from working with Seal and Barry Manilow on my ‘Closer’ album. Saying that, the biggest thing for me was to work with Stuart Price on the production of the whole album. You can’t rate this guy high enough. He’s the nicest guy you can imagine and at the same time he’s one of the hottest pop producers of today and has worked with the Rolling Stones, Pet Shop Boys and The Killers. It feels as if he already had every big act in the studio, but he started putting out music under Les Rythmes Digitales in the late 90s and it was House and Club music. Then he went into focusing on remixes as Thin White Duke and was requested mostly by Indie Rock bands before he produced and instrumental bootleg of ‘Gimme Gimme Gimme’ by ABBA which got sent to Madonna. He’s actually produced Dua Lipa’s “Levitating”, Billboard’s most successful single of 2020. It’s been pure joy working with him.

Aside from your big summer in Ibiza, what’s on the cards for the rest of the year for Claptone?

After the long Ibiza season I’ll take ‘The Masquerade’ on the road again, this time to Mexico, Argentina, Australia, USA, UK and the Netherlands for ADE. At the same time I’m working on new music, again focusing more on the dancefloor after a 14 song vocal heavy album. It won’t get boring in the Claptone universe.