Kilder is the artist project of Amsterdam based producer, DJ and musician Pepijn Willemse. Following the release of half of the record, Kilder shared his 10-track debut EP ‘Don’t Hide’ at the end of last year. Starting with the title track back in July, Kilder’s sound began to reverberate in underground circles. Since then, the producer has racked up over one million streams and received plaudits from Jack Saunders’ Future Artists show on BBC Radio 1.

The EP is a whirlwind ride through club music as heard through Kilder’s ears: emotive house, hard-edged bass and divine indie-disco bring the energy, while more cerebral ambient tracks wind things down. Although it’s largely club music, there’s a pop sensibility at play throughout, with punchy song structures and a keen ear for melody.

Guests on the EP range from established names like underground legend Trim and Japanese soulstress Friday Night Plans to art-school-upcomers Jasper Lotti, LYZZA, k_anti and LYAM. As a debut body of work, it’s a product of self-discovery and a bold first statement that speaks of big things to come. At just 20 years old, Kilder is an exciting new addition to your record box. 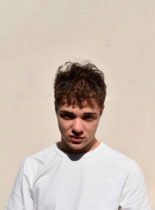