In the Mix: Parallel

If you’re a regular on the South East London nightlife scene, you may have already danced the night away to one of Parallel’s eclectic sets.

Mixing everything from disco to house, techno, funk and beyond, Parallel (real name Niall Rowley), has been building a name for himself for a few years now, getting his teeth stuck in whilst at university.

As well as being the head honcho of Underspun Collective, a group of South London DJs, Parallel has monthly residencies at Project Radio and AAJA Radio.

Get to know Parallel a little better and spin his dark and alt-techno mix below. If you can’t blast it out in a Berlin warehouse, he says bedroom speakers work fine, too. Jump in! 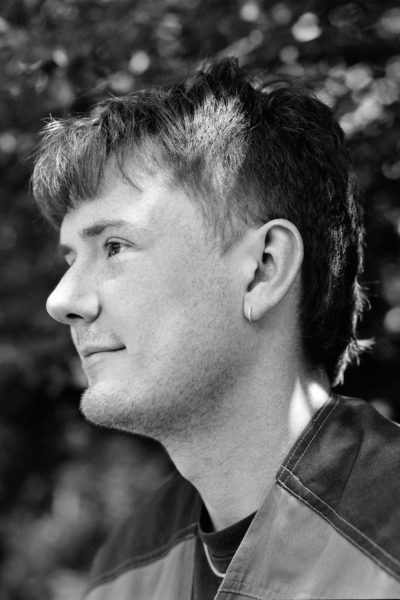 My sound tends to float somewhere in the realms of Italo and Dark Disco, although recently my own production has been leaning towards the darker side of these sounds.

What inspired you to become a DJ?

University house parties initially inspired me to start DJing, but that eventually developed into a real care for putting sets together and playing music I’m passionate about.

Which festival or venue would you love to play?

Anywhere that would book me play the kind of music I really want to play if I’m honest. Although I more or less grew up in Phonox, so playing there one day would be a trip.

You founded the South London-based Underspun DJ collective. What is the importance of collectives for rising artists?

Underspun is like a little family of local DJ/friends, we play some booking together and support each other as much as possible. And drink pints together – very important.

It’s brilliant; with so many small venues booking local talent in South you can really see something new every weekend, if you know where to look.

Your exclusive mix for Notion includes dark and alt techno. How did you go about selecting songs for the mix?

The mix showcases sides of techno and EBM that I really love, some tracks from artists I’ve looked up to for a while and some from my peers within the genre that are really deserving of recognition.

The mix also includes two of your own unreleased, original tracks. Can you tell us about it?

Yes, I’ve included two tracks from my next EP out on Nein Records later this summer – hope they sound good!

What would be the ideal listening experience for the mix?

The ideal situation would be a dark warehouse venue somewhere in Berlin, but I’m sure it’ll sound good in your bedroom too.

Where can we watch you play next?

I’ve got some livestreams and gigs coming up over summer and the next gig is at Four Quarters in Peckham, although that is a debut for a new duo alias… I can say no more.