In the Mix: TCTS

TCTS on his remixes, process, and avoiding being pigeon-holed as he spins Notion an exclusive mix of dance-worthy tunes.

Working as a producer, artist, DJ and collaborator, TCTS (real name Sam O’Neill) is undoubtedly a busy man. Constantly pushing forward with musical output ready for the dancefloor, his remixes consistently hit streams into the millions on Spotify alone. Signed to Chase & Status’ record label, O’Neill’s love for house music is evident through his intricate reworks and catchy bangers, often featuring vocalists who turn out to be on the brink of success.

Originally from Manchester, O’Neill’s first break came from a demo sent to BBC Introducing. His EP ‘Hands’ on Cool Kid Music label offered a first taste of success almost a decade ago, before musical duo Bondax snapped up his underground hit ‘1997’. The track hit a BBC Radio 1 playlist with plays from the likes of Huw Stephens – and TCTS has been rising ever since.

We chatted to TCTS in honor of his exclusive mix for Notion, asking what inspired it, as well as how his remixes come about and how he reflects his musical journey so far. Dive in! 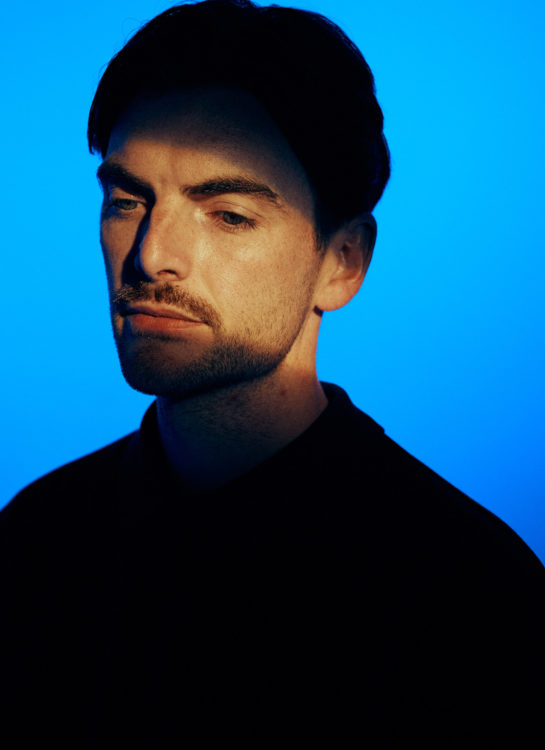 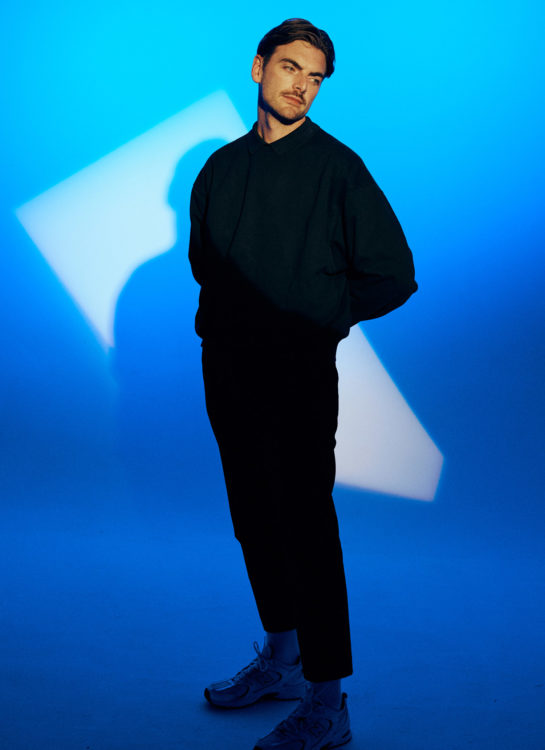 So TCTS, how have the last few months been treating you? Looks like you’ve been busy dropping remixes…

Hi! Yeah I’ve been lucky enough to do some wicked remixes lately, the last one was for Ed Sheeran’s single Overpass Graffiti, I think it turned out quite nicely. Aside from remixes, I’ve put out a VIP mix of mine and Chameleon Lime Whoopie Pies record Rich Girl, and even managed to get away for a holiday to Italy at the start of the year which was a right touch. Oh – and I managed to get covid again, but thankfully mildly. I feel like everyone in London has had it at least once by now.

Congrats on your new single ‘Love Me Or Lie’ with Punctual and Raphaella – the track was co-written and produced by the three of you, could you tell me about that collaborative process?

I’m such a big fan of both Punctual and Raphaella. The Punctual lads are such talented producers, if you haven’t heard their record “The Step” check it out, it’s a banger. I did a remix of Punctual’s single “I Dont Wanna Know” a year or so ago and since then have been really keen to work on a single together. I approached them with the start idea of “Love Me Or Lie” and we made it into what it is now. Raphaella is unbelievably talented, as a writer, artist and producer. It was a pleasure working on this record with them all.

What do you feel like the three artists bring to the track individually?

I feel like me and the Punctual guys have quite similar approaches to production, we’re all quite musically minded and like throwing chord ideas around or synth melodies. They’re very good at zeroing in on giving a track little bits of magic and I think their music is always interesting. Raphaella is one of those rare talents who can just do everything, whether it be songwriting or vocal producing, her vocal brings so much character and personality to a record. She did a tune with Secondcity which captures that perfect sweet spot for a vocal house record, its simple but amazingly effective, after I heard that I was desperate to work with her.

You’ve accumulated over 90 million career streams to date and have over 1.2 million monthly listeners at Spotify, a lot of these are remixes or collaborations. What does your musical process usually entail for a track; how do you decide what you’re going to remix – is there something you look for – and how does it come about?

I really enjoy collaboration. Co-writing is such a big part of the music industry; having people to bounce ideas off of always gives the best results I’ve found. In terms of my musical process, I usually start by writing instrumentals on my own, and then I’ll either take the idea to a session where we write a vocal, or during Covid that was more usually done remotely via Zoom. Sometimes I’ll go to a session and start from scratch on the piano, but I’ve always got a few instrumental ideas knocking around which are useful starting places to catch a vibe.

With remixes, my manager will get approached by a label or another manager with a remix request, and then we have a listen and jump on it if I’m into it. I mainly look for a strong vocal that I can rework into my sound. MK has always been a big hero of mine, and his remixes were some of the things that really made me love house music. 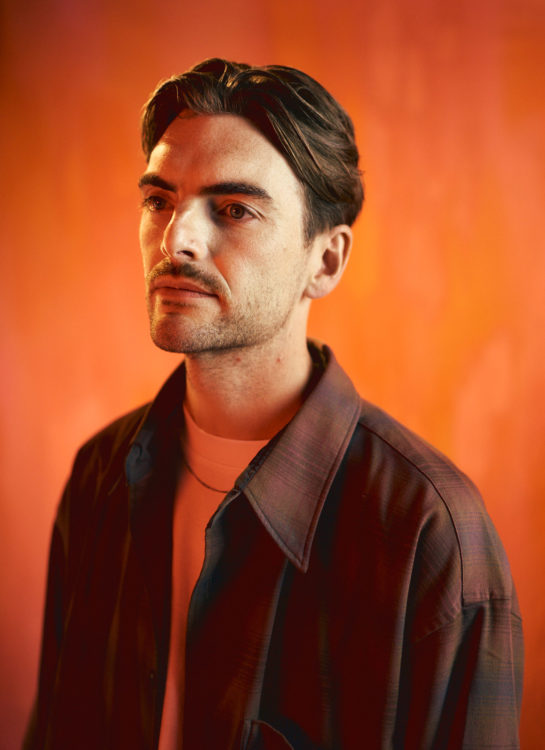 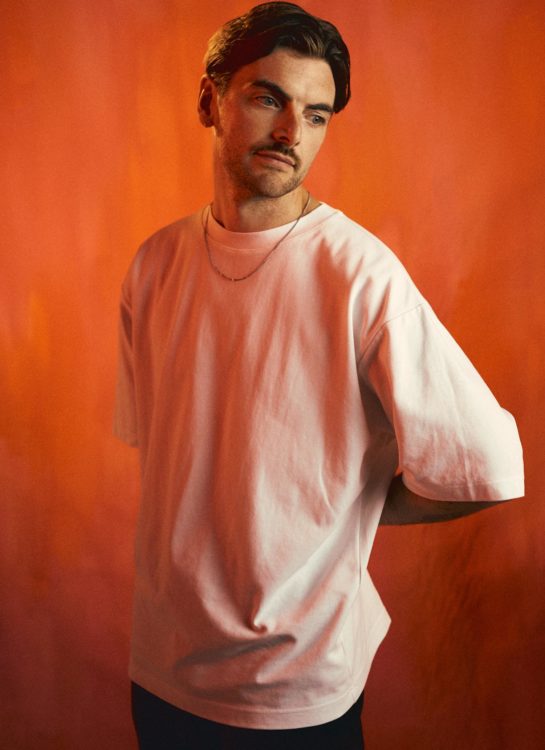 Was there anyone you’ve worked with, or maybe a career event so far that’s felt like a pinch-me moment?

I’ve been lucky enough to play some amazing shows, and see some mad parts of the world through music. Playing Glastonbury festival was a massive pinch me moment for me. Also working with real legends like Kelis on Icy Feet was a mad experience.

Reflecting on your musical journey, how has your sound evolved since you first started making music? Is there anything you’ve learnt that you take forward with you?

Yeah, I’ve grown massively as a producer, DJ and as a songwriter. I was so green when I first started releasing music, I was a student in Manchester who had no idea, it was definitely a learning on the job situation! As for evolution, I’ve always tried not to be too pigeon-holed as a producer, and to release some records that are more club focussed and some more vocal lead. I have quite a pop music brain so I enjoy writing house records with a bit of accessibility. I’ve learned a lot from collaborating but also from writing in other genres too, ghost producing for other artists or doing bits of additional production for others, just being around other creative people is always super inspiring.

If you could sum up TCTS in three words – what would they be?

So many of your tracks have an irresistible beat accompanied by catchy, euphoric vocal lines – “Rich Girl” with Chameleon Lime Whoopiepie is the perfect example of this. Where did you imagine this particular track being played when you made it? Did you have an idea of how popular it would be?

Japan is my favourite place I’ve visited, I love it there and was so excited when CLWP was keen to try working together. I sent her a folder of beat ideas to start with, and she picked one and wrote some vocals and then we went back and forth tweaking the record. I wanted to keep it quite quirky and unusual, I feel like that suits both of our styles for this record. I love that she sings in Japanese, I really wanted to make it experimental and weird – I was influenced by old Basement Jaxx records, where there’s numerous different parts and it doesn’t feel really conventional as a record. I think the combination of a hooky bassline with her catchy vocal works nicely. There was really no agenda with this tune, we just had fun with it.

Let’s talk about your Notion mix, it’s full of dance bangers including some of your own remixes. How did you go about choosing the tracks for the mix and what listening experience do you hope for?

They’re all records I’m really enjoying at the moment, whether that’s playing them in the club, or on my Kiss show, or just in my headphones. So there’s a bit of variety in there, some deeper clubby moments, and some more vocal bits.

So it’s just gonna be all guns blazing with promoting the new single, doing some shows and keeping the music coming into summer and beyond.

Listen to TCTS's exclusive mix for Notion below:

Mix: TCTS Takes Us To The Formative Years 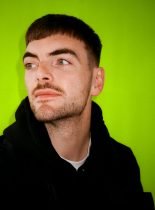 Manchester-born and London-based artist TCTS, aka Sam O'Neill, takes us down the pathway of the years that ignited his passion for electronic music in his latest mix for Notion.