Dirty Nice are just a couple of sad boys living in a computer-generated simulation. We get to know the men behind the digital masks in this week's Internet Crush.

There are few artists more appropriate for our weekly Internet Crush column than Dirty Nice. Heavily inspired by online aesthetics and specialising in what’s fast-becoming the definitive post-internet sound (a mix of electro obscurer, Italo disco and funk with some early 00s rap and more than a dash of irony thrown in), they’re almost entirely a product of the internet. Known as Hammer and Charlie to their friends the duo have been more or less anonymous until now, identified by their unique visuals, all animated and directed by Charlie himself.

Dirty Nice are so at home in the digital world that they even considered using CGI performers on stage in their place, only to fall foul of limited budgets. Instead, they’ve decided to reveal the men behind the digital masks, the men who met in a car park, the men who refer to themselves as freak boys. In honour of their new single ‘Luvin U’, we had a rather revealing chat with them for this week’s Internet Crush.

Hammer, is that your actual name, and if not, why did you decide to call yourself it?

Hammer: Nah my real name is Mark but all my mates call me Hammer. When I was a little kid I used to dance to MC Hammer and the nickname stuck.

Last time we spoke you told me that you met in a car park, care to elaborate?

Charlie: We were both actually trying out for a different band. We spent a few days together and realised we were cut from the same 110% f r e a k b o y cloth.

Why is now the right time to drop the anonymity?

Hammer: Um…it’s naturally occurring because we’ve been doing a bunch of live shows and support tours.

Charlie: We genuinely toyed with the idea of CGI versions of ourselves onstage. Bit out of budget as it turns out.

Your last video was inspired by Director X – which is your favourite video of his?

Hammer: it’s been jokes working with Desta French on this track – she’s great.

Charlie: We had the pleasure of working with Pete Robertson (The Vaccines) on production duties for this track and its follow up. Also had some lush strings by my guy Benjamin Pearson.

Hammer: Got that sweet sweet juice

Charlie: Sunset Blue when it mixes with the pink bits. 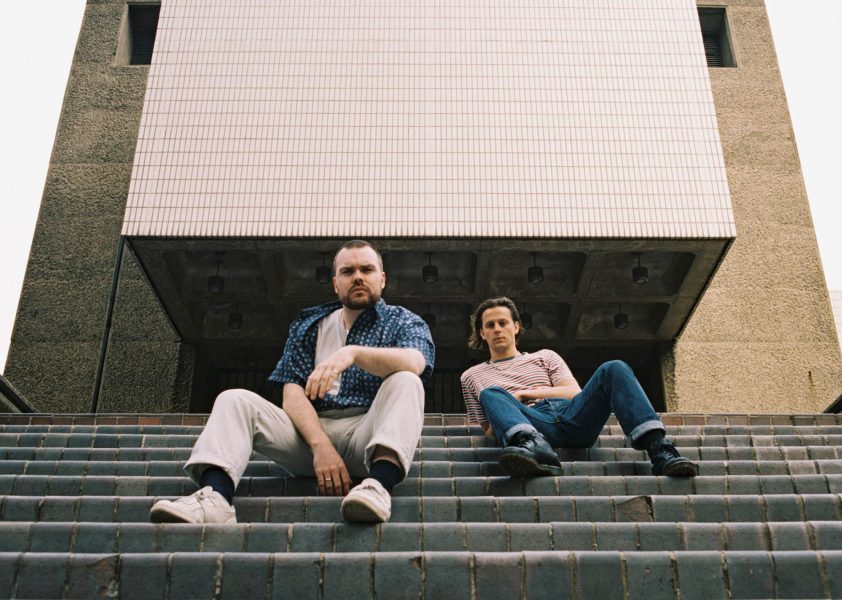 Hammer: I am currently in love and it feels geuuush.

Hammer: My heart’s been shattered a couple times yeah. Is what it is.

Charlie: I don’t think so…maybe I’m an emotionless bot in the simulation that we’re all definitely, definitely in.

Charlie: I recommend a bubble bath.

Charlie: Kristin Scott Thomas in The English Patient. I watched it with my mum when I was really young – pretty gnarly film to see at that age.

Charlie: I think mine was falling down the stairs, weirdly.

Hammer: I’m into the morning.

Hammer: ‘The Shore’ a cheesy song about kissing a girl on the beach I wrote when I was a bubba.

Charlie: I think mine was pretty similar haha ‘The Garden’ about walking down the garden path with a girl – very sexy.

Charlie: The newest ones are always my favourite so I have to say ‘Luvin U’.