Neo-soul artist Hagan touches on his debut studio album ‘Textures’, finding his sound and what’s next on the artist's agenda.

Going from strength to strength with each release, throughout this new album Hagan proves that he is a connoisseur of genres. Weaving neo-soul with funk, jazz, broken beat and hints of R&B, across his latest project Hagan shows great depth. Having been travelling, ‘Textures’ was recorded between London and Accra and draws influence from Hagan’s  deep connections with the cultures of Brazil, South Africa, Nigeria, Ghana and the UK.

In celebration of the album’s release, Hagan put on a launch party at Peckham’s Jumbi venue. This November also sees the artist showcase an exclusive screening of the recording process with a 7-minute short music film intertwined with spoken parts in English and Twi by Hagan.

We spoke to the artist about how his British-Ghanaian heritage influences his music, the process of releasing an album and what’s next on his agenda. 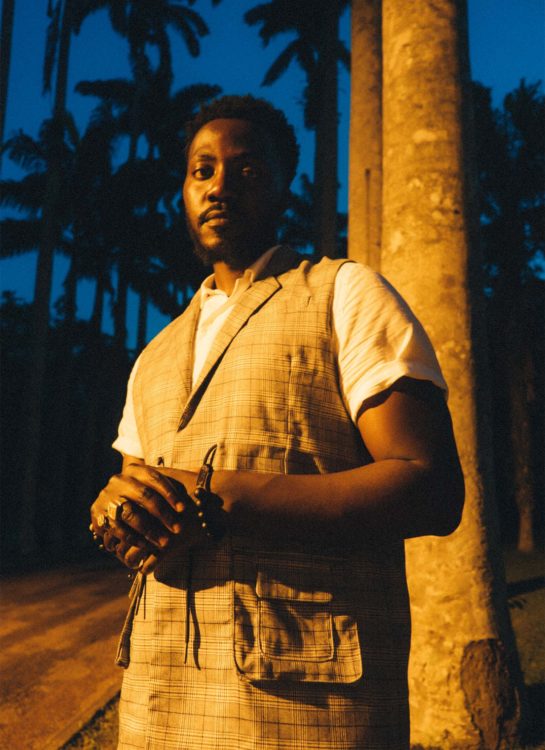 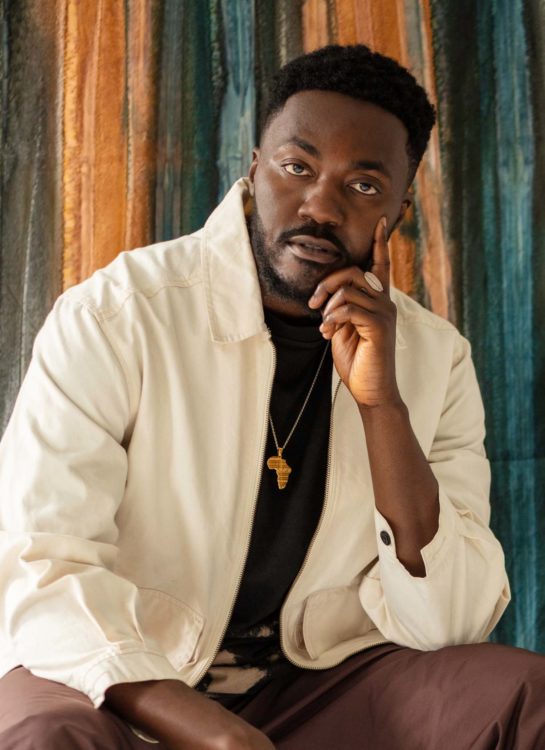 Hey Hagan, congrats on the new project! How do you feel now it’s out? How’s the reception been?

Thank you! There’s a great sense of achievement I’m definitely feeling right now. Mike, the Python Syndicate label owner, and I started discussing this project in 2019. Back then it was just a bold statement and a couple of demo ideas. To see and hear the result of our commitments is a feeling unmatched. The reception has been pleasantly overwhelming. In this period, I didn’t realise how far my music in the past had travelled, how many ears were locked in and how many new ears it would reach. My friends, family and those that have been listening to my music have all said how beautiful the full album sounds, with tracks for every setting. It’s been especially rewarding hearing the feedback on some of the finer details of the album, such as the track transitions, the artistic direction and listeners giving their thoughts on what Textures mean to them.

So ‘Textures’ is your debut album. Did it have any specific musical influences? Anyone, you were listening to a lot while making it?

A range of musical influences contributed towards this project. I wanted to produce an album that was capable of being performed or at least imagined, live. So the project is richly dense with live instrumentation in tracks like Royal Jama, Kora Song(Sonix), Textures and more. I listened to many Swindle during the album-making process to understand his approach towards blending grime and jazz. Within his productions, you can hear how he’s been able to strike a balance in the arrangement for the two genres to live. The same can be said with an artist in Ghana called Gyedu-Blay Ambolley. He is a genre-fusing musician experimenting with Highlife, jazz, afrobeat and funk. Now one of the soundscapes for the album was to explore the idea of bringing the afrobeat and Highlife sound to the dancefloor.

How would you describe the journey of creating this debut in terms of songwriting and recording?

I’ve been learning on the job for the duration of this project. Up until the start of the album, I had not even performed regular vocal tracking. So before I arranged sessions with those artists based in the UK, I created vocal tracking templates to make my workflow easier and eventually, the sessions were much smoother. Even songwriting was very new to me. The sessions with Meron T, Ayeisha Raquel, Bryte and West Coast Ebusua, made me value the skill required for writing lyrics that had meaning and fit the groove of the music. You can appreciate the efforts to create harmonies underneath the lead vocals and adlibs to support the empty spaces and recording conditions. Recording conditions weren’t always perfect; however, those imperfections added to the album’s rawness. For example, in Ghana, when we recorded on sections for Royal Jama, we recorded outside with no protection from the wind. I initially thought the recordings were a disaster, but after some post treatment, the challenges of the recording are what gave the mix its definitive sound.

Across this project, you’ve collaborated with Meron T, Griffit Vigo, Aymos and more. Could you tell us a bit about the process of collaborating with so many varied artists? Did they approach you…how did it work?

One thing that helped to choose who I worked with on this project was that I’d been a huge fan of some of these artists for a long time. I’ve also struck good relationships that extend outside of working on music, so when it came to the album, it was very easy to approach them. For those I didn’t know, I dedicated time to listening carefully to the music they previously released; the topics generated in their songwriting, their tone if it was an artist, or their groove if it was a producer. I’m talking weeks of listening before approaching! Before working with any of the artists or musicians, I would give them a brief about the project and how the goal was to create an album that celebrated cross-cultural collaboration. Artists featured are based in Ghana, South Africa, Nigeria, US, Brazil and more. So it meant many of the tracks’ ideas were done remotely. Demos were sent back and forth with much commentary on Whatsapp or emails. For the UK artists like Meron T, Bryte and Ayeisha Raquel, we had studio sessions to create, build and bounce ideas. For some of the live instrumentation recordings, a good proportion of that was done on my trip to Ghana in 2021. Those sessions stamped down the vintage afrobeat and jazz infused sound you hear on the project. Overall I’d say both forms of working, either remotely or face-to-face, had their benefits and drawbacks. 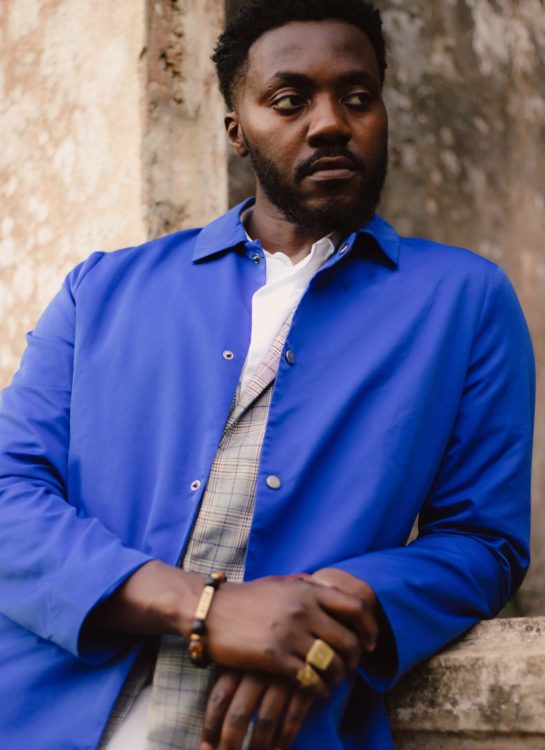 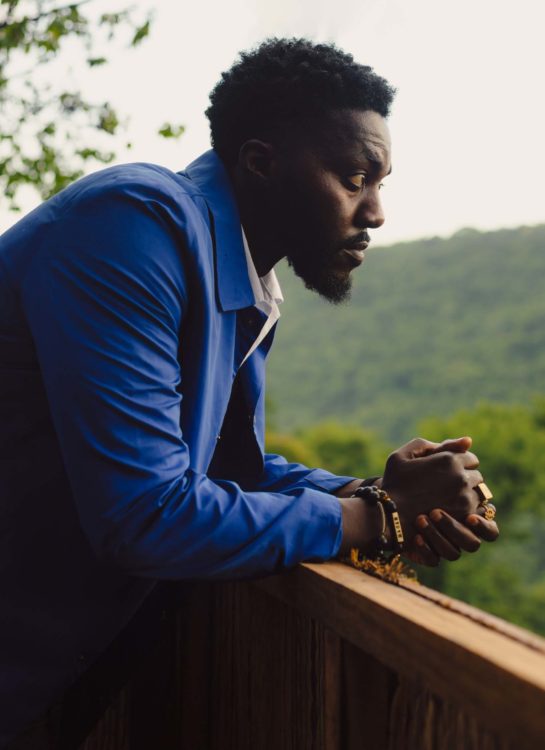 Your LP also sees you drop a remix project via Discord, which features several studio session films showcasing the recording process – what made you want to curate something like this?

The album-making process was three years in the making, and a lot has unfolded within that time. At the start of the project, Mike and I decided that it would be a shame to go through all of this and not have visuals to match the musical journey. We had already worked on making a documentary called Yenkyi Taxi in 2018 so we knew the potential impact of having clean visuals that highlighted the album’s timeline of events. I enjoy seeing some of my favourite producers get to work in the studio. When I was in my R&D stage, I found that watching album-making documentaries was a great source of inspiration, but it was a shame not to find many within my space of music. So the attention towards these visuals is to act as a source of inspiration for anyone trying to create an album or similar styles of electronic music.

How do you feel you’ve musically evolved since starting? Anything you’ve learnt about making it in the music biz?

I’ve paid more attention to carving out space for different elements, learning how to hold back to make space for other sounds or vocals, and keeping arrangements progressive and evolving, all whilst maintaining my sound.

I was blessed to work with many talented musicians and a music director. So there were various occasions I had to make sure I could communicate my ideas and listen to theirs, making this a more collaborative experience compared to projects I had released in the past.

The defining takeaway from the three years was that you have to build your community for any of this to succeed. During the album making process, I would find myself going to events, learning more about some of the key genres that shaped the album, connecting with musicians and finding ways to translate the message behind the album during its rollout to those invested. Additionally, I created a Discord server to move towards building a community there which is in working progress. We’ve created newsletters to keep supporters updated with the latest drops and any news related to my music. Coupled with the momentum built with the other components of a rollout, the listening party, which was held on 18th October, was a very successful turnout which was a result of paying attention to building that artist community. I’ve also learnt that rollouts are very sensitive.

In the discussion of the new album, you say you: “`fine-tuned your strengths to produce a well-rounded Hagan sound” – What would you say are contributing factors to a refined ‘Hagan’ sound?

‘Textures’ is an attempt to widen the Hagan sound, which initially was percussive and groove-led. I wanted to support this by creating arrangements friendly for songs and live instruments. The heavy drum and intricate percussive grooves are still present, but I’ve stripped back to make room for vocals and instruments that have breathed new life into the Hagan sound. The sound is genre-fluid and can be enjoyed in all settings. 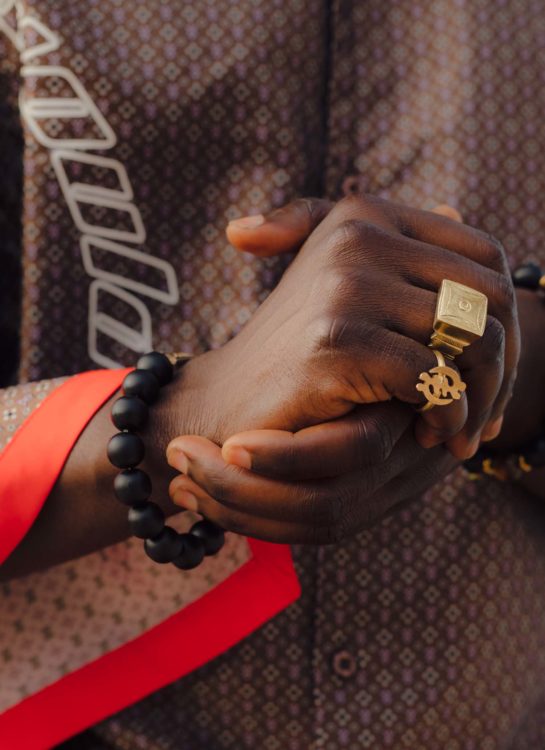 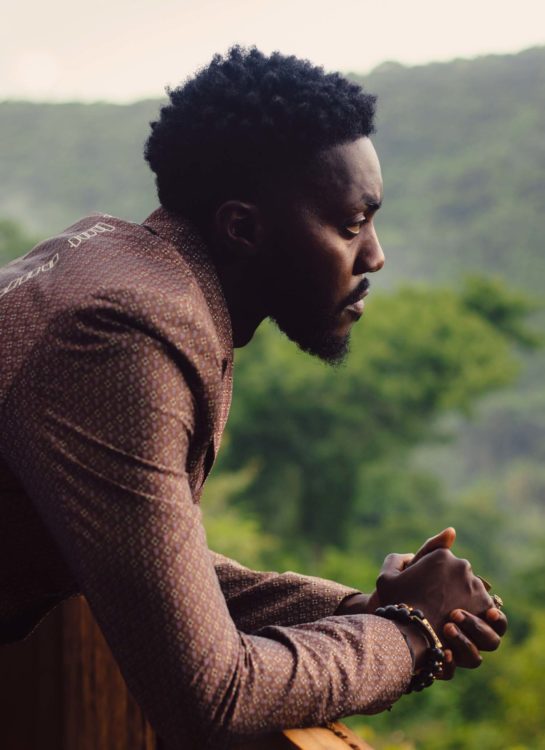 Raised in South London, with Ghanaian descent, how have you found these cultures as contributing influences to your music?

When I was younger, my uncle was a DJ that used to play a lot of Ghanaian music. I used to follow him and eventually help him play at the various functions. So throughout my childhood and teenage years, I consumed many Ghanaian sounds. I imagine that naturally became present in the music I was making because of how regularly we would be attending Ghanaian parties as a family, listening to Ghanaian music at home and following my uncle around almost as his DJ partner.

Growing up in London, Grime was the overriding genre at the time. The sound was dark, and the bass lines were pleasantly rough and dirty. Instrumentals had simple yet effective arrangements, evident in some of the UK Funky tracks from 2008 onwards. The idea of MCs spitting and getting reloaded when the way dropped was a trait that transferred to UK Funky music when the bass dropped.  In so many of my initial productions, that bass-heavy presence that would shake the dance in anticipation of a reload, was orchestrated deliberately.

You mentioned you grew up listening to and influenced by Ebo Taylor, Gyedu Ambollley, Pat Thomas, and Kojo Antwi – what artists are you listening to right now?

I still listen to those artists, but I’m really into Lil Silva, Benji Flow, Ragz Originale, Sango, Devin Morrison, Mansur Brown, Kokoroko, Santrofi, Scratcha, KG, Juls, Culoue De Song, Vhoor and Mojvki to name a few. There are so many to name, but most artists I listen to have the same ideology of fusing and merging sounds.

What’s next for Hagan?

Hopefully, ‘Textures’ will be performed live. I’ve put it out there, so hopefully, I’ll find a way to make it happen. I also want to continue making music with the artists on the album. This isn’t just a one-time means of working but a continuous exchange of creative output. I also want to continue working on refining some of my production skills, such as improving my ability on keys, drums and production techniques, with the hope of opening the scope of production tools available to me.

Stream 'Textures' in full below: