For Sorana, there was no other option in life other than being a pop star. The budding artist took part in X Factor Romania and was also part of the Romanian group Lala Band but always wanted to expand her reach. Armed with this ambition, Sorana left her hometown in Romania for London and eventually settled in LA. The gamble paid off: since 2019 the singer-songwriter has gone on to pen multi-platinum hits for chart-topping artists like Little Mix, David Guetta and The Chainsmokers.

It was only in 2022 that Sorana released her debut record under Atlantic Records, “redruM” with David Guetta, which has since amassed 23.7 million global streams. Sorana’s visual identity rings strong in each of her records. The video for “redruM” sees Sorana play out her Sailor Moon fantasies, sporting fluorescent blue braids and futuristic two-pieces. Similarly, for her latest release “Wild Girls”, Sorana takes on the persona of an intergalactic cowgirl, flipping the male-centric Western narrative on its head. Using an interpolation from Ennio Morricone’s classic Western theme “The Good, the Bad and the Ugly” (the first time the theme has been used for a pop song), Sorana promotes female strength on the innovative track.

Speaking more on the record, Sorana says: ‘”Wild Girls” is a female empowerment, western-inspired record that shows that no one can cross one of us girls and get away without a broken heart. It interpolates Ennio Morricone’s iconic theme from ‘The Good, The Bad, and The Ugly,’ to give it that cinematic vibe…Women are really the fiercest cowboys.’

To celebrate the release of “Wild Girls”, Sorana chats to Notion about the making of the track and why pop stardom was her only choice. 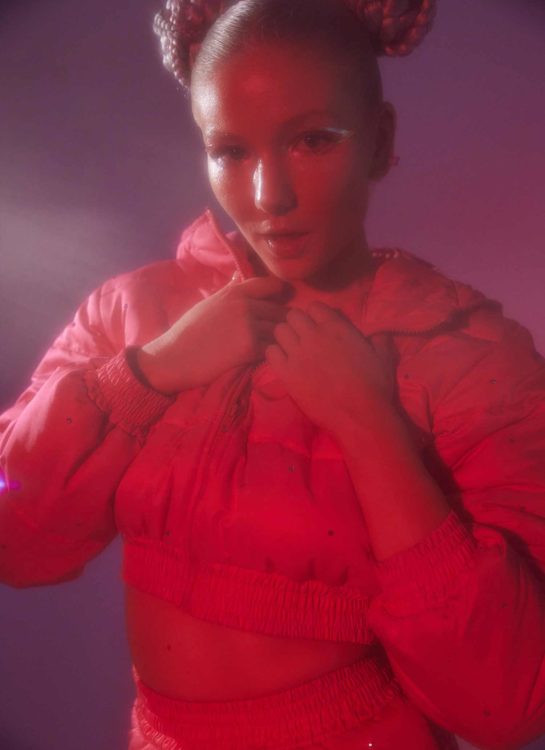 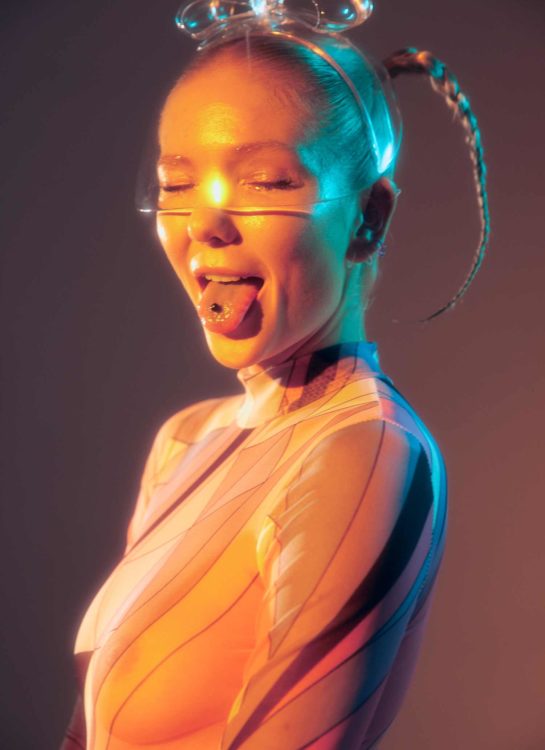 Congratulations on the release of your single “Wild Girls”. It includes an interpolation of Ennio Morricone’s The Good The Bad and The Ugly theme song. Were you inspired to create a song based on the Morricone tune first or did you have “Wild Girls” written and ready to go, and just knew the sample would fit?

I always start a song from the title, so naturally for this song I started with ‘Wild Girls’ because I thought it was an empowering concept, and it gave me this western, mysterious feeling. Then I started humming the chorus, which came pretty fast with all the lyrics. I always know it’s a good one when it just comes through me and I don’t think too much about it. Everything flowed so naturally until I got to the verses, and that’s where I got stuck. I wasn’t sure what I wanted to say or what the melody should sound like and then ‘The Good The Bad and The Ugly’ just popped into my head because I watched the movie a few days before, so I said to my cowriter ‘wouldn’t it be cool if we use the theme from the movie for the verses? But put words to it?’ We both laughed because we weren’t sure if it’s the best idea I’ve ever had or the corniest. I decided to roll with it and it turned out to be my favourite part of the song. I loved this creative process because writing a song is just like solving a puzzle, and it’s amazing how all the beautiful art out there can spark new ideas.

It’s the first time that the sample was cleared for use in a pop song! How did you feel when you learnt it was cleared?

Even though the idea of the sample came later in my writing process, once I had it I realised it gives such an authentic western feeling to my record that the song couldn’t have happened without it. The clearing process was very long and hard. At one point I thought it was impossible to clear, but I kept pushing for months until I got what I wanted. I always get what I want. If Ennio Morricone was still alive, I would’ve written him a letter to personally beg him to let me sample this beautiful western theme!

Give me a window into your writing process – how do you write a song?

Like I mentioned in my previous answer, I always love to start from a title because I like to know what I’m writing about. Some people start with the melodies, jamming on a track but I always start from the title and I write the chorus first because it’s the most important part. Otherwise you can end up with amazing verses but never find that magical catchy hook that grabs the listeners attention. I love to write on guitar or piano,  and sometimes I go through 10 chord progressions until I land on something that excites me. I would say I’m a mathematical writer because I analyse every little rhythm, melody and word placement to make sure they hit in that satisfying, earworm kinda way. I start with the chorus and work my way backwards to the verses and once I’m happy with the song, I work on production.

Well I always keep the best ideas for my artist project haha! JK! It’s weird because I’ve always had a different artist in mind when I’ve written a song that has ended up being for me and the other way around. It’s rare that I aim for an artist and the song ends up with them. For example, when I wrote my first single ‘redruM’ I originally thought that it could be a cool title for Ava Max and I was trying to convince my cowriters. After the chorus was done I had this crazy feeling of belonging and I said ‘Guys!! I think this song is actually for me’ . They laughed because they were thinking that all along! When I wrote ‘HeartBreak Anthem’ for Galantis & David Guetta,  I knew it was gonna be for them because the session was aimed for them. I wasn’t thinking of their previous songs or what they would want, I just tried to write the best song I could and draw from my own experiences to make it authentic and they loved it and related to it, as did Little Mix when they recorded the vocals. Another example would be when I wrote my first big record, ‘Takeaway’ with my boyfriend at the time, we just wrote this song on a piano about our future breakup and when it was finished I had this feeling that it’s perfect for the Chainsmokers and I called my manager straight away and asked him to only send it to them because it’s gonna be their record.

How does the artist persona of Sorana differ from Sorana the individual? 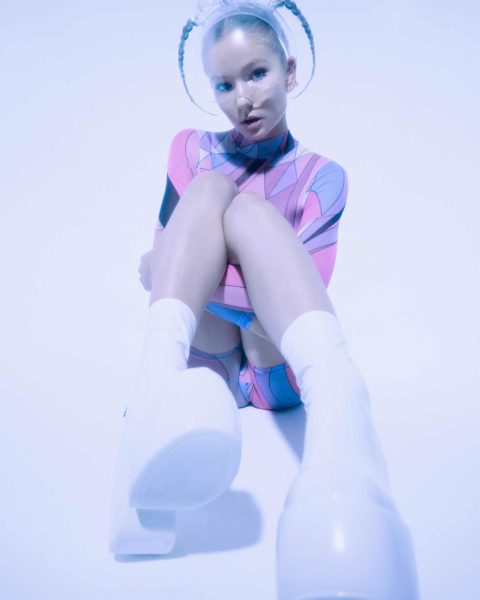 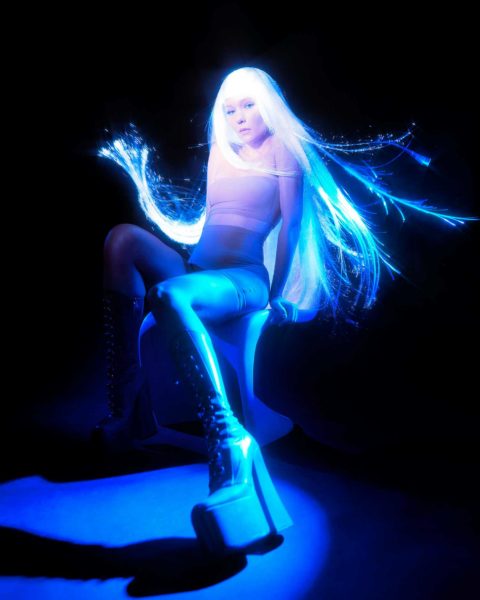 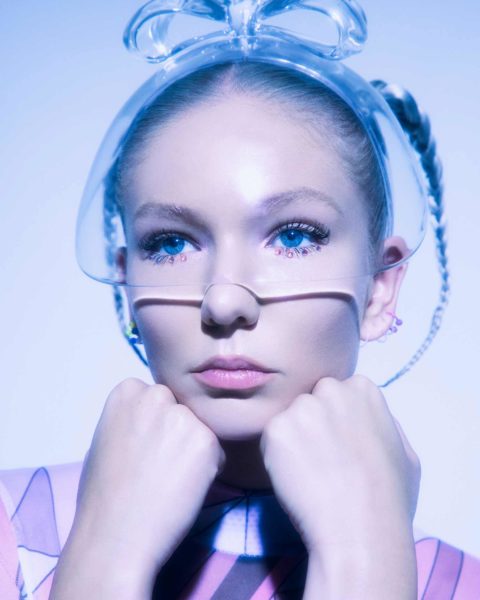 What do you have on the horizon for the rest of the year?

I have two more records that I’m planning on releasing this year and I’m very excited about that. One of them will also come with a cool darker video, a bit different than the ones I’ve made so far. I will also be teasing a lot of records on social media because I want to show people more of the songs I’ve been hiding in my computer. I wrote so many songs over the years and I’m dying to let people hear them. At the moment I’m at the tip of the iceberg but there’s so much more I want to show.

I’m a Libra and I guess yes, I’m starting to believe in star signs. I had the pleasure of meeting a lot of Libras lately and I find a lot of similarities in our personalities. It’s quite enlightening to have conversations with people like me, because it makes me understand myself more. We’re these tormented super creative creatures, over thinkers that can never make even the smallest decisions. Many people believe that overthinking is a weakness but I find it a superpower because my creativity comes from my multitude of random thoughts and overwhelming feelings.

Do you have any advice for artists starting out?

Don’t tell them about your dreams, just go make them happen. People are rarely supportive when you say you want to become an artist, not because they don’t mean well, just because they don’t understand where you’re coming from and they’ll try and convince you to go back to school or choose a ‘normal’ path because they think it’s for your own good. There’s no point in wasting time and energy trying to convince anyone that you can do this. Actions speak louder than words.

Do you believe that if you’re not growing constantly as an artist, you’re stagnant?

I believe in forever improving your craft and actively working towards your goals, but I also think it’s important to take time off, otherwise you burn yourself out. I recently made a very ambitious work schedule and ditched it whilst making it, because I realised I forgot to set time aside for eating. That’s not healthy! Creative work is a 24/7 kinda job, so I think it’s important to know when you also need to clock out and live a little. And paradoxically, my time off days are often the days when the best ideas pop into my head, because the pressure is off.

What is a motto you live by?

Don’t bore us get to the chorus!

Listen to "Wild Girls" below: