If ever there was a pop star for the woke generation, Wafia is her. A queer, Muslim woman, Wafia was born in the Netherlands to Iraqi and Syrian parents. Having moved around between Canada, New Zealand and back to the Netherlands again, she was raised in Australia where she taught herself to play the guitar and became a Tumblr pop sensation. Picking up an early co-sign from Pharrell Williams, Wafia broke into mainstream consciousness with a feature on Louis The Child’s ‘Better Not’ earlier this year. Now she’s following it with a new EP of her own VIII and an incredibly infectious lead single, ‘I’m Good’.  Encapsulating the boundaryless attitudes of today’s youth, Wafia is almost certain to become a pop icon so we got to know her for this week’s Internet Crush.

Do you remember your dreams? Tell us about a recent dream you’ve had….
I had one this morning where I was performing to a crowd and then one of my friends appeared on stage and told the crowd “you know it’s really her singing live because it’s pitchy” haha.

Have you ever committed a crime? If so what did you do and were there consequences?
Oh, once on tour with Ta-Ku in Holland, the guys really wanted to play basketball and they saw this crazy court on the top of a nearby building. They asked to go in and someone told them that they had to be students to enter. So Dutch is my first language and I still know a little of it so the plan was to go back in there with the guys and say that I’m a student but I lost my key card to the roof so if they could just let me and my friends up.

Instead, I ended up walking into the building and finding a key that was dropped so I picked it up and it worked! We decided to take the stairs up to the roof because I think we didn’t want to get caught in an elevator haha. We ended up spending about an hour on that roof before we were caught. Someone came up to ask if we were students and we played super dumb. When he went down to get security, we ran down the stairs and left the key at the front desk. No consequences! Haha.

What is the closest you’ve ever come to death?
The one that sticks out in my mind most is a year ago I took a flight to Perth from Brisbane and that flight path is known for being pretty windy. This time felt particularly bad though, the plane dropped suddenly and the seat belt sign had only just turned on so a lot of people were still struggling to get their belts on. The guy in front of me, he didn’t get to his seat in time and his head hit the top of the cabin as the plane dropped. It was really scary at the time. I remember thinking this was it and I was at peace with it. Obviously we didn’t die. I don’t know how close to death we were but that was the most real it’s ever felt.

Describe your sound in three words…
Fun to make.

What’s your star sign? (and are you a typical *whatever your sign is*?)
I’m a Leo. My two best friends are always so quick to tell me I’m a true Leo. And now that I’m googling “typical Leo traits” I see that they are not wrong.

When was the first time you had your heart broken?
My first real heartbreak happened this year. July 1st, on our anniversary. They said that they didn’t see a future with me any more. I have never in my life felt pain so immense but then I had to remind myself that tears like that are to be reserved for the grief I have yet to experience like death and the day I stopped crying about them, is the day they tried to come back. It really ended up being an incredible thing for me. To be able to feel something so deeply is such a blessing.

Who was your first celebrity crush?
Ash Ketchum.

What would your biography be called?
‘Turn Left’. My manager once told me that everything about my culture, religion and family told me to turn right, and just when I thought I would, I turned left 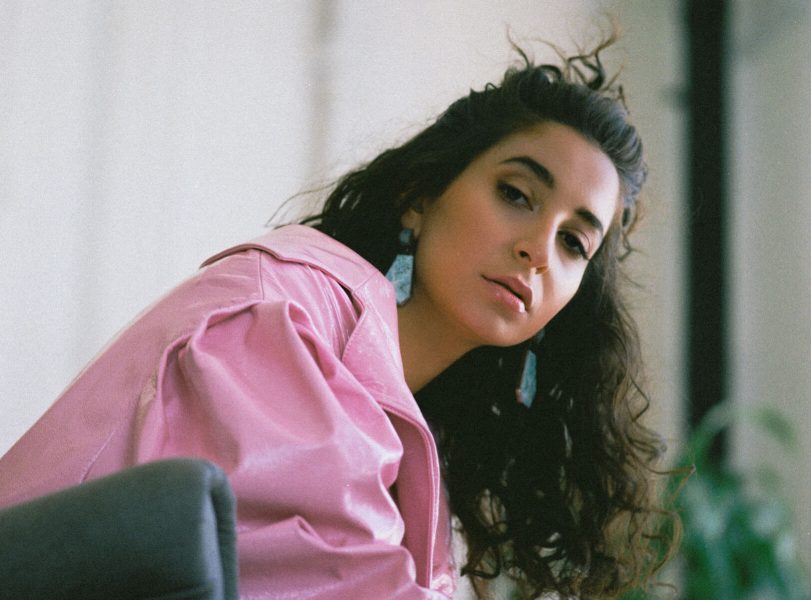 What was the first song you ever wrote?
So I was deeply into reading about the Egyptians in the 10th grade and I wrote a song about walking like an Egyptian. Turned out that song already existed and I didn’t know it haha. Didn’t write for a while after that.

What’s the best advice you’ve ever been given?
It’s simple but to always be authentic and to make from an honest place.

How was high school?
High school suckedddd. I was pretty invisible and when I wasn’t, it was because kids bullied me. I started singing in school during 11th grade and that’s when the kids backed off but even then I was just mostly ignored. I did really love studying and the classes though.

What’s the biggest problem facing humans as a species?
I think greed, a lack of empathy, and a constant search for convenience. To me, every issue comes back down to any or all three of those.

Describe your own personal idea of hell…
A place where everyone makes music constantly but it’s all just a little… off. Maybe that’s more purgatory, and hell is where everyone is picking at their toes in public.

What’s a lie you’ve told and what was the fallout?
I lied about my grades to my parents in the 8th grade. Said I got straight A’s. I did this because I wanted blonde foils (yes FOILS, not highlights) as a ‘reward’. The fallout was a very deserving awful hair colour that in time turned green. I played myself.

Which talent would you most like to have? (and why)
I wish I could draw! Be more visual. I lack the patience (& skill) in that regard but I’ve been working on it. Picked up watercolours and embroidering lately as two things I can do on tour when I have so much time on my hands in transit.

What’s one thing we can all do to contribute to equality?
Listen and provide a platform for those that need it, and not as a novelty either.

When was the last time you cried and why?
Last week someone that I’d grown to really trust/love working with left the team. I get attached to people more than I do places/things so it’s hard for me to reconcile with that.

Where/What will you be doing at the end of the world?
Listening to that Beyonce/Jay Z album that I’ve put off for months.