Is Hydeout: The Prelude the Future of Live Music in a COVID Era?

Describing itself as “a fully immersive digital entertainment platform”, Hydeout: The Prelude presents somewhat of a solution to our COVID-induced live music drought.

“Reimagining a new norm for the music and entertainment space”, Hydeout aims to give people a space to connect and express themselves, whilst being “a virtual utopia that promotes inclusivity and diversity”.

“We want to refresh the way people experience music”, Chan Wee Teck, Hydeout’s Executive Producer said. “Part of this is to bridge the gap between fans and their icons”.

Ora herself is no stranger to the world of CGI, after an EE advert depicting the star as a gigantic gold avatar went viral and quickly became a meme thanks to her pixelated face looming out of an iPhone 12. Now, it looks like she’s back for more. 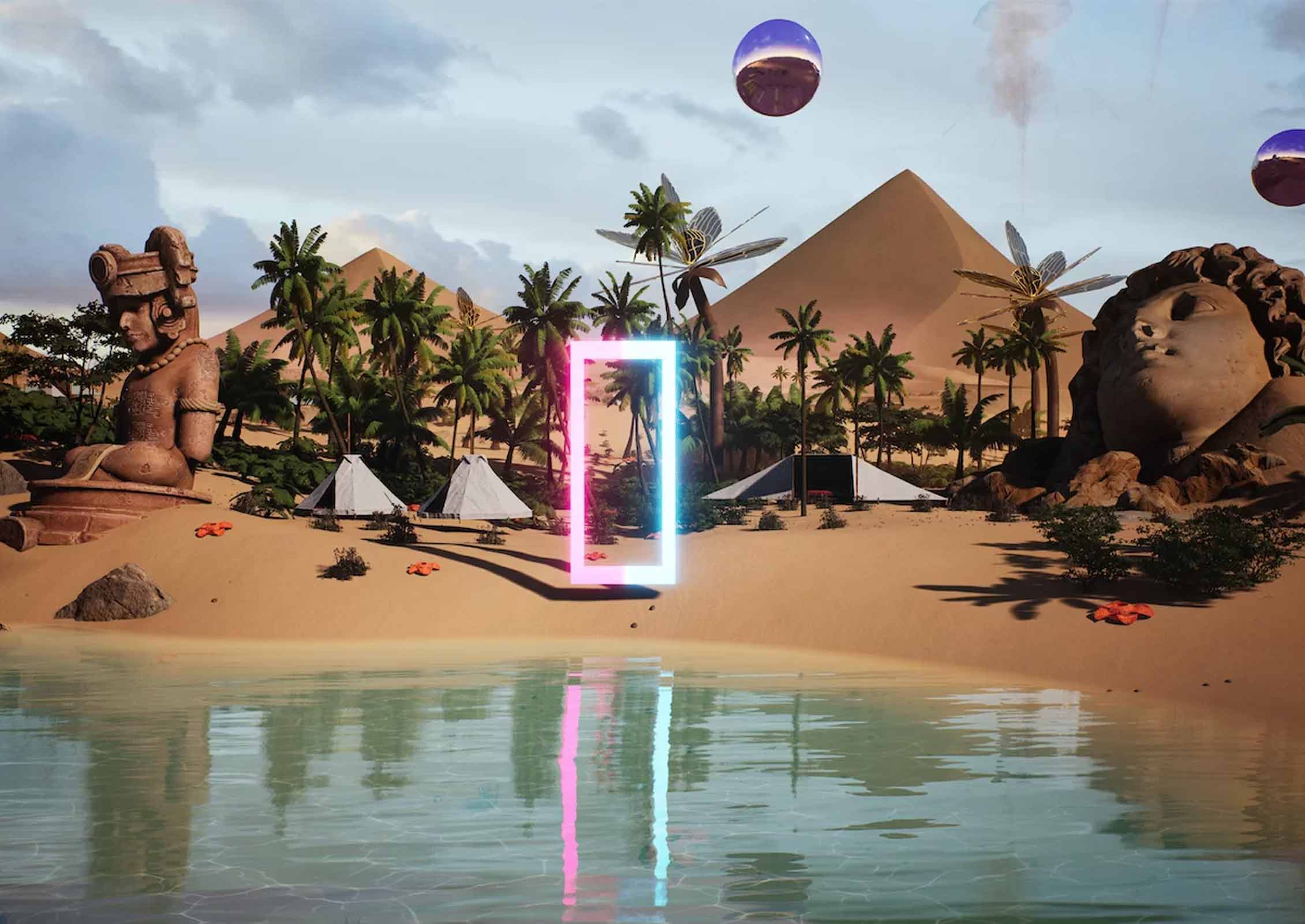 A “revolutionary new digital arcadia” is an apt description from Teck. Interacting with Hydeout feels like you’ve been immersed in an arcade machine. Games, “safe space” chat rooms and user avatar customisation make Hydeout feel like a hybrid of Dua Lipa’s Studio 2052 and Club Penguin, hosted by giant CGI Rita Ora. In fact, what Hydeout most reminds me of is the online 3D universe, Second Life.

Users can change their avatar’s appearance and outfits up to a point (this isn’t The Sims, sadly) in order to give themselves a sense of identity and expression in Hydeout’s virtual world. Your avatar can even bust some virtual moves, as well.

Whilst the aim is to create “positive impactful online interaction”, Hydeout says it cannot guarantee that individuals using the platform will be respectful to one another. Club Penguin, an online world created for children to play as – you guessed it – penguins, became infamous when users realised they could type anything they wanted. Foul language, bullying, and other nefarious verbal activity could take place between players who were all protected by the anonymity of a screen and a neon-coloured penguin. Repeat offenders would be banned, but it didn’t stop it from happening in the first place.

Nevertheless, the concept behind Hydeout: The Prelude remains pretty cool. Reminiscent of a digitalised Tomorrowland, there will be three virtual worlds, hosting up to 20 3D stages and secret live locations around the world. 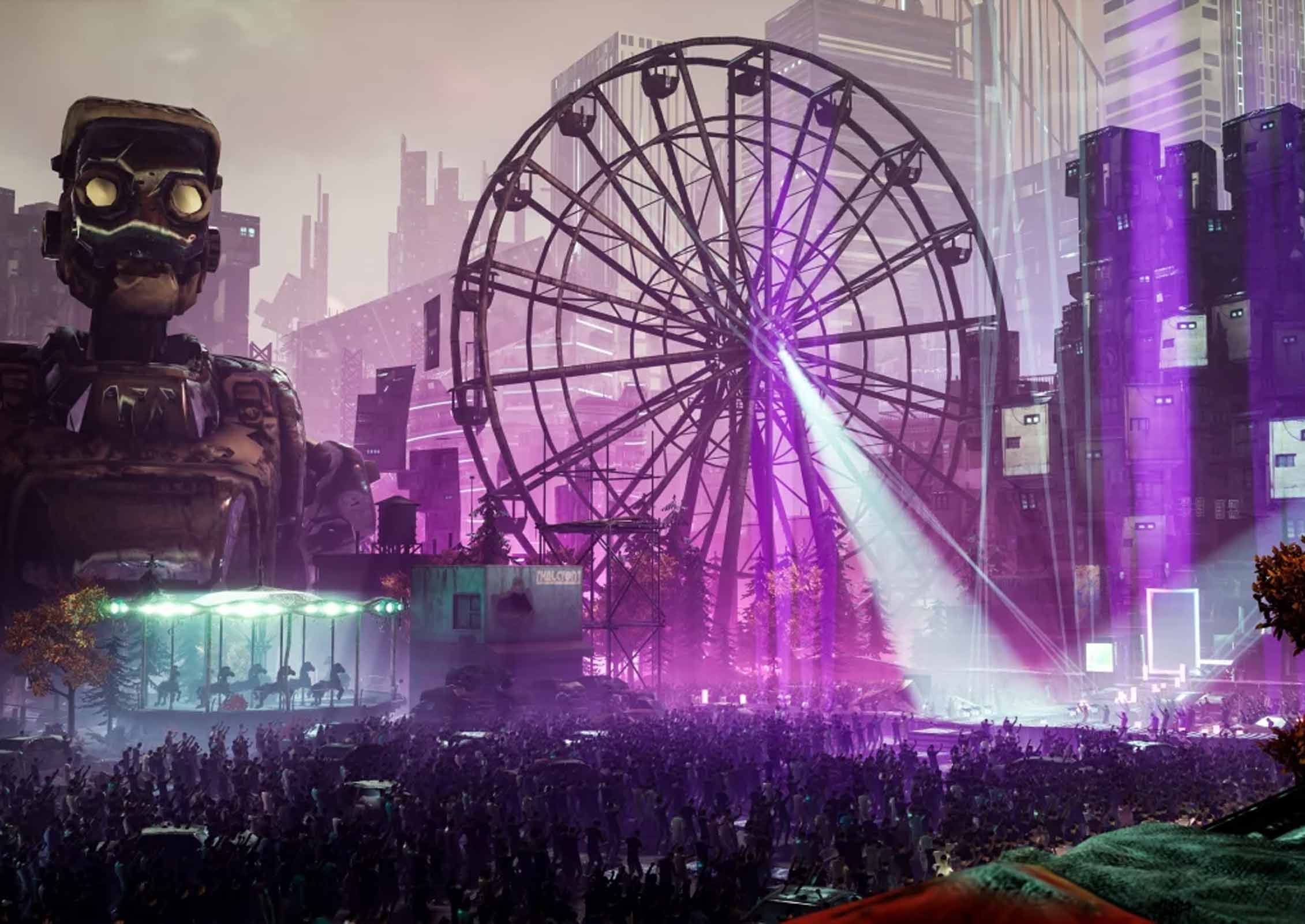 The HydeCity dimension includes three industrial urban stages: HydeAlley, The Arch, and Pandemonium. HydeIsland, meanwhile, “emanates tropical bliss” with AquaSphere, The Mirage and Sanctum stages. The digital realms transcend into the physical world through secret Hydeout locations across the globe. This is called HydeEscape, and it’s basically a set of 14 pre-recorded sets from participating artists – albeit big budget ones, complete with lasers, shooting fire and jumping EDM DJs.

The Hydeout team have obviously had more luck finding descriptors for the platform than I did – one of which included the term “digital empire”.

Taking place over the course of six weeks, with new content from artists being released each week, the “HydeTribe” can “dive into the backstory of their favourite artists as we relive their journey to stardom”.

Chan Wee Teck tells us that Hydeout aims to create “a virtual utopia where music lovers may escape the constraints of real life and immerse themselves in a sonic paradise”. However, a utopia is just that, a utopia, and paradise itself is subjective, but for live-music starved people around the world, this might be the closest we’ll get for now.

I’m left with the question – can a digital entertainment platform ever be fully immersive? You can turn up the music as loud as the council will allow, dim the lights and dance your heart out, but the fact remains: you’re at home with your cat and not in the club.

Hydeout Access subscription passes are available from $0 for pay as you go, or $49.90 for a season pass. More information is available at www.hydeoutworld.com.