Now standing at a whopping 500 million streams (and counting), Frances Forever’s “Space Girl” can comfortably be classed as a viral hit. From TikTok dances to a chloe moriondo remix, the intergalactic earworm track has swept the internet.

As catch up over Zoom (the place to see and be seen these days), Frances is currently at school in Worcester, Massachusetts where they’re studying Music Technology. Guitars peek out of the corner of the screen, and posters of Claro’s Immunity tour and LANY adorn the wall behind them. It’s a handmade ‘Frances Forever’ poster that catches my eye, however. With a nostalgic smile, Frances explains that their friends made the poster for their first-ever gig. If only past Frances could know what was waiting for them in the future.

Having wanted to pursue music for as long as they can remember, it’s nice to see Frances achieving their dreams. They began writing music in high school, the practice providing a focal point for their ADHD, and released their debut EP, ‘Pockets’, in 2018. Two singles followed the year after, before “Space Girl” landed in 2020 and really shook things up.

Frances said they knew from the get-go that there was something special about “Space Girl”, but wasn’t expecting quite how popular it would be. But it’s not the numbers that the burgeoning artist is fussed about. At a time when their career is sailing into the stars, they have their feet firmly on the ground. 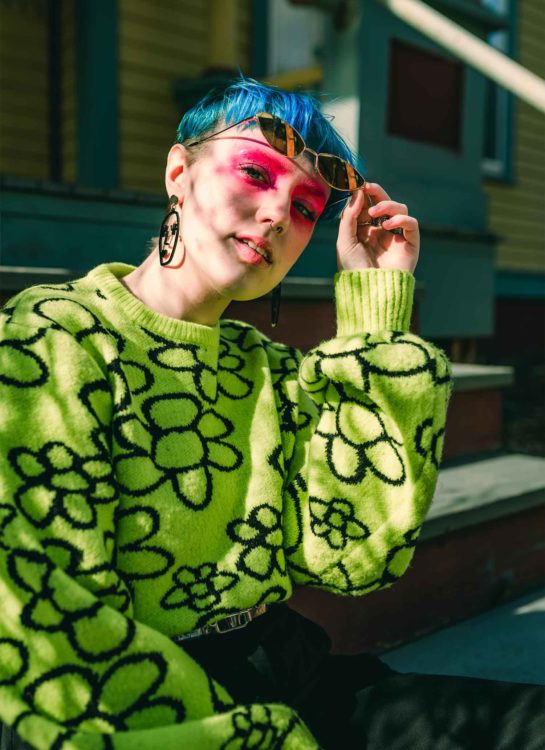 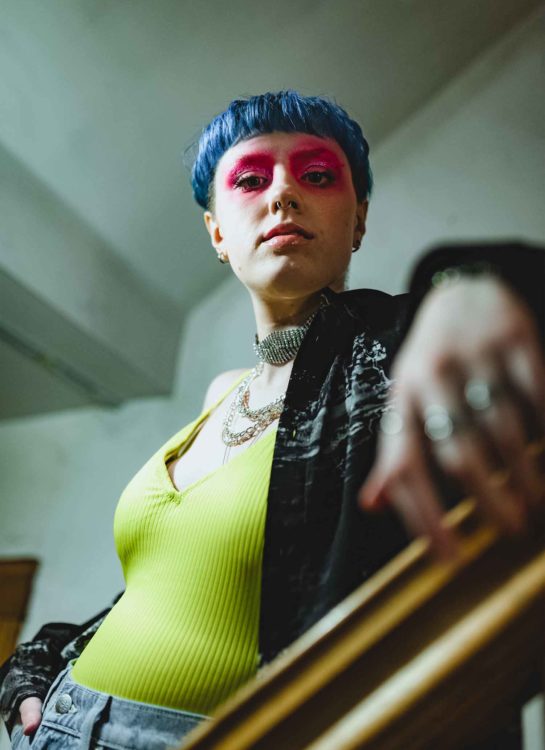 When creating “Space Girl”, did you know it would become your breakout song?

I think I definitely knew it was special, like from my other songs. The way that we wrote it, my friend Cash brought me the guitar chord progression, and then I brought it to my band and we all wrote it in a live aspect. I was like, ‘I’ve never done anything like this’. I think it was really organic, how it all came together. I kinda knew it was a really special song, but I didn’t know it was gonna be this big. I don’t think anyone could have really predicted that. But I definitely had some type of feeling while writing it.

How does it feel to have so many people enjoy something you’ve made?

It’s honestly incredible. Because the only thing that I really wanted when making music is to leave an impact on people. I’ve gotten so many like messages from people saying like, ‘This is me and my girlfriend’s song. I’m space girl, she’s Earth girl’ or something like that. And just people resonating with it. I didn’t realise like how much people would relate to it, I guess. Also seeing fan art for “Space Girl” and like covers of it. It’s amazing to see what people can do with something that I made. I think that’s probably the most special thing that I’ve gotten out of all this.

The music video gives me some nostalgic Lizzie McGuire vibes. Was this homage intentional?

Yeah, that was definitely intentional. For my collaboration with chloe moriondo, we had a little lyric video where me and chloe were both animated in Lizzie McGuire style. Then the animator for the music video took the same idea so it had this whole Lizzie McGuire vibe. Somebody actually commented on social media saying it was like Wes Anderson meets Lizzie McGuire. That’s actually the exact inspiration behind the whole thing. Very Y2K.

chloe moriondo jumped on the track for a remix, and it works so well! How did you know she was the right artist to collab with?

I’m a huge fan of chloe and I think we have a lot of similarities in our music. My manager had worked with her before, and she [chloe] was already a fan of the song, like she had done the “Space Girl” dance and everything. She’s super sweet and nice. It was just very natural and we came up with the verse so easily. I was blown away. So awesome.

What would be your advice for other artists starting out?

I would say just put out things. I know a lot of people are like, ‘I don’t know if this is gonna be good, I don’t know if it’s gonna fail’, but you have nothing to lose. If it’s the beginning, you don’t know where it’s gonna go. Just release the stuff that you’ve been sitting on and see where it takes you. 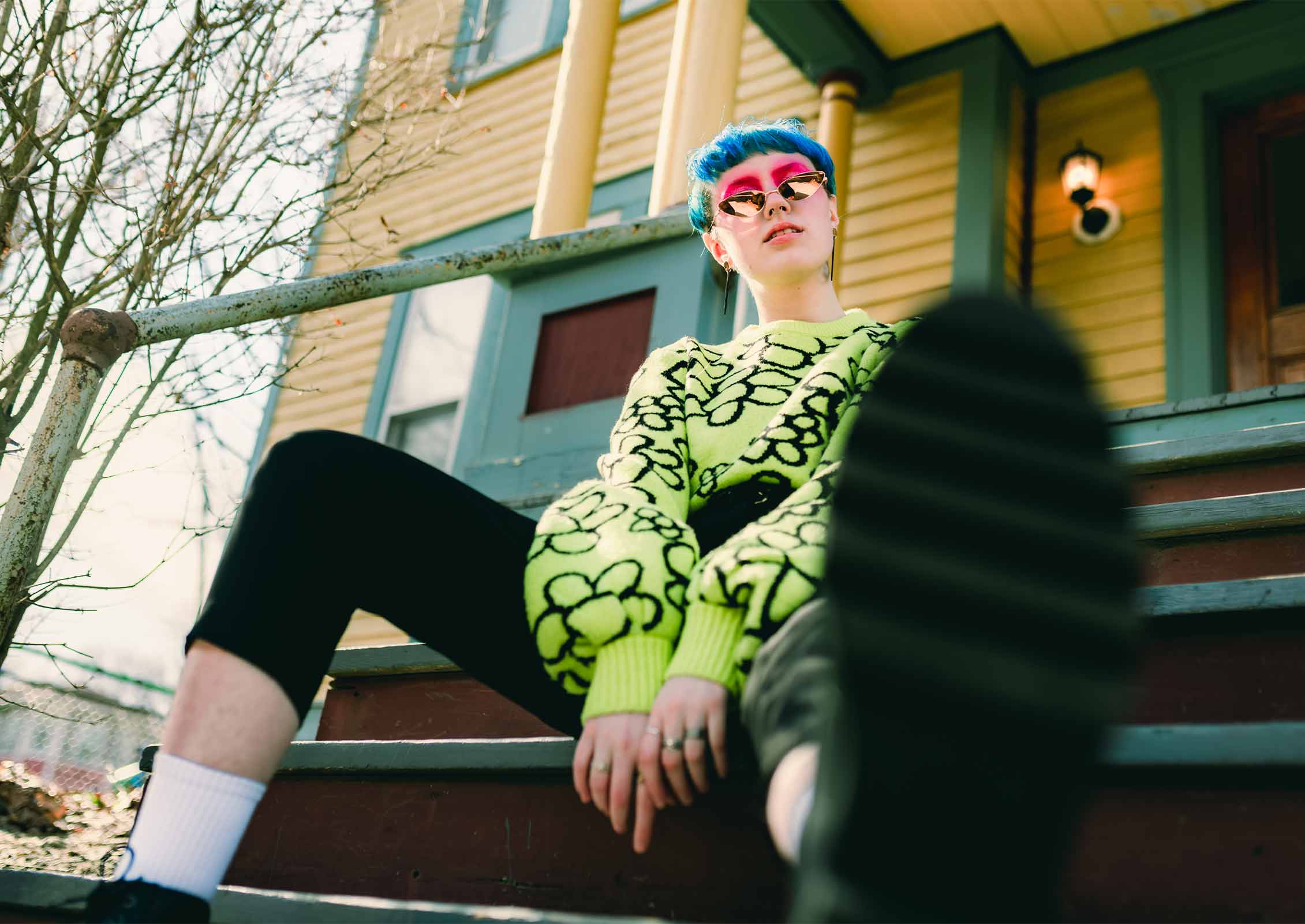 Everything you’ve done has been completely DIY up until now. Does it feel scary or exciting to be sharing control of your art?

It’s very different. I think working with deadlines – I’ve never done that before, but I definitely like it. When it’s just me on my own, I’m like, ‘Well, I don’t have to put this out anytime soon’. I would just put it off because I would want to work on it more. But now, having somebody say, ‘We have to finish the mix, finish the master, let’s get it go on’, I’m like, okay, like this is happening. I think working with Mom + Pop [the record label Frances is signed to], it’s very important to them that I have a lot of creative direction. So if I need more time, I can ask. I think that’s super important to keep my own identity and my own sanity in this whole thing [laughs].

Which artists were instrumental in shaping your sound? Has it changed over the years?

If your music was a flavour, which would it be?

Oh! Maybe lemon? I feel like lemon – not everyone likes it. It’s like, a little bit sour in your mouth. I like that taste. I think my songs have a sweet and sour taste to them because I like to write sad lyrics to happy tracks. It’s my favourite thing to do.

Which songs have you been listening to a lot lately?

And what’s your all-time favourite song to dance to?

This isn’t really a dancing song, but it’s the song that me and my partner, Robin, dance to a lot and it’s called “Subway Song” [by Julianna Zachariou]. It’s really sweet and kind of slow. That’s kind of our song. It makes us cry.

What about your karaoke song?

Recently, I’ve been singing “No Body, No Crime” by Taylor Swift a lot, like multiple times a day. So I’m about to go with that one.

What’s next for Frances Forever?

I have a lot of music coming up soon. I don’t have specifics or details that I can share yet, but a lot of really exciting projects that I’m looking forward to sharing.

Watch the music video for "Space Girl" below: