DC’s new single “Tears Sweat Blood” – produced unironically by TSB – is an immediate head-nodder. DC glides over the waved-out, piano-filled grime beat. As he flows you get lost in his energy. You hear every word so clearly because he sounds so relaxed, but then suddenly realize how intricate his rhyme patterns are. It’s quite the conundrum because you wonder how anyone can put together phrases like that with such ease.

Somehow DC’s nonchalant vibe doesn’t take away from the depth behind his lyrics. When he raps bars like, “Bring more ’til it’s empty but it still feels like there’s plenty of room / I feel all of the envy, it don’t affect me but they tend to assume”, you can contemplate the full scope of his awareness. Yet you still somehow don’t get twisted in his internal rhyme scheme, as complex as you realize it is when you read it. That’s hard to do.

The smooth spitter has been on a vertical incline since making waves with his Gleamin Freestyle series. He’s now managed by Since ‘93 (Krept & Konan, Aitch and Fredo) and has gone on tour with J Hus while gaining a bunch of critical acclaim. However, DC hasn’t let any of this get to his head. He’s an art and passion-first artist, which you can hear in the delivery of his music and conversation – as well as see in his impeccably shot visuals.

Another recent standout track and music video from DC is “Neighborhood”. The old film aesthetic mixed with poignant imagery blends so astutely with the tracks themes and energy. From his orange couch reference to the iconic scene in The Wire, to his hoodies (also appearing in his “Tears Sweat Blood” video) reading “Only The Paranoid Survive”, to him and his boys sipping brown liquor, leaning on a old school blue Benz in a field filled with leafless old trees. It’s safe to say the vibe speaks for itself. When he spits the bars in the hook, “out here til it kills me / don’t look, mummy I’m hustlin,” it’s clear how strong his desire was to move past his environment to something more. You feel the risk he considers even through his composure.

Notion spoke with DC about everything from why his music is sexy to his desire for normalcy and serenity. 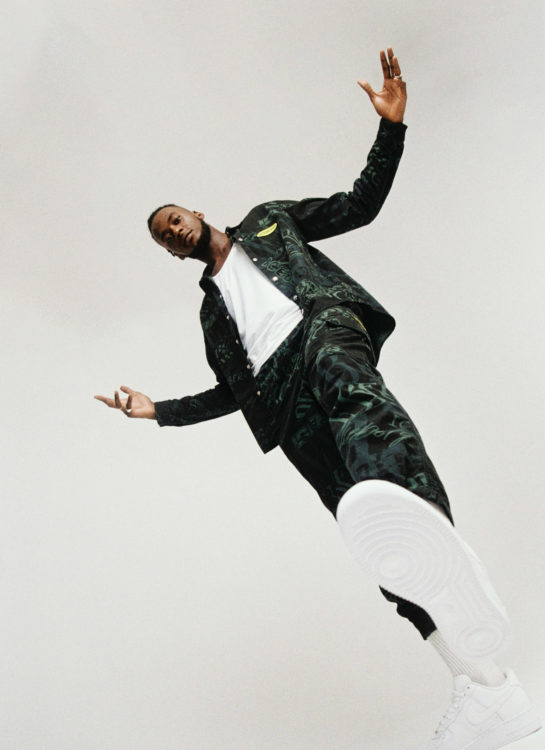 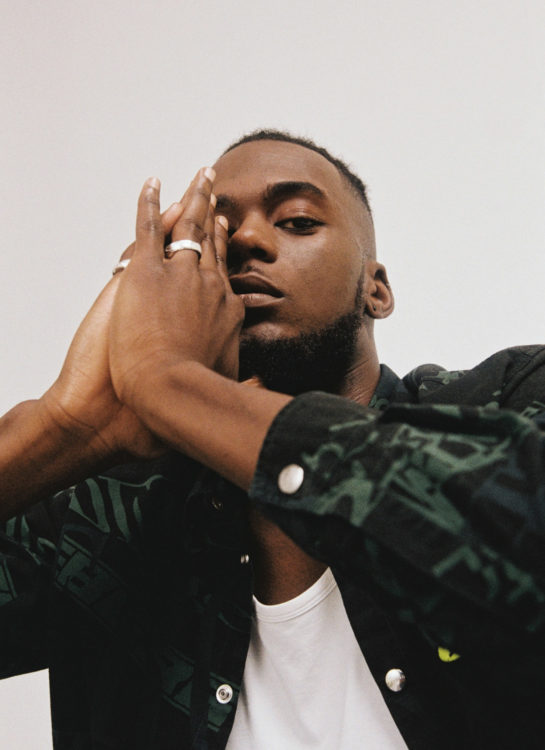 Is it just a coincidence that “Tears, Sweat, Blood” is produced by TSB?

Yeah, to be honest, with that one it was a complete coincidence, it was at the end of the track that I decided to call it TSB which so happened to cause that [laughs]. I guess it’s a destiny type of thing init.

You’ve said that envy or jealousy doesn’t affect you. Do you feel like people assume it must?

Yes definitely, not just myself init but people in general… I think in life it’s a big thing, there are people out there that will show you jealousy and hate in the hopes of it knocking it off your ting or make you feel uncomfortable in certain spaces. So I wrote that line as a statement kind of thing, to let whoever know that we’re good over here regardless.

You seem to have a close relationship with your mother. How important is her role in your life? How has it changed over the years?

Yeah definitely – I have a close relationship with my mum, extremely close. I can say she’s the first person I had love for, my first real genuine friend. She moulded me into the person I am today, helped me develop my way of thinking. She had a major impact on everything across the board with me. From always taking me ball, supporting me in everything, motivating me constantly, understanding all my issues with uni – a relentless list. Only thing that’s changed I can say – we’re a lot more open now, as were both adults there’s barely a filter. 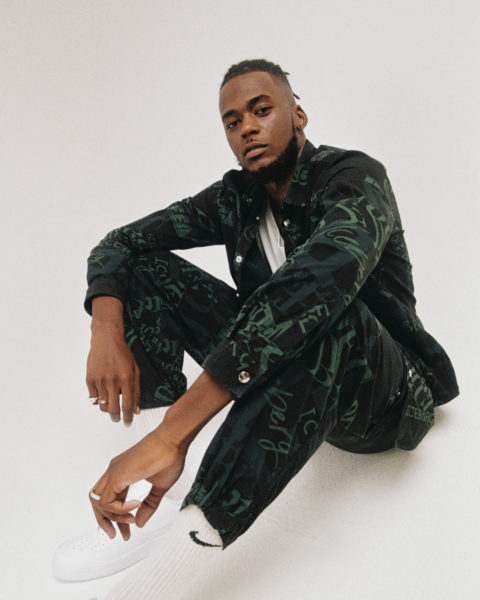 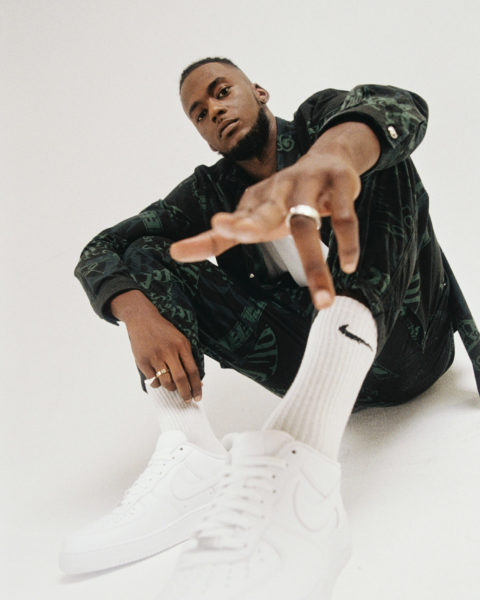 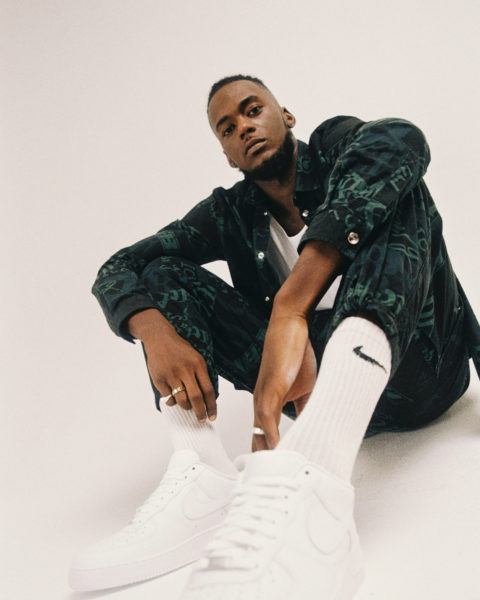 You replaced “strong” with “paranoid” in the phrase “only the paranoid survive” on the shirts featured in the TSB video. Is there strength in paranoia?

100% man and I don’t think a lot of people speak about the strength in paranoia – it’s rarely spoken about in a positive light. If you look at the phrase it says, “OTPS – Only The Paranoid Survive” – when you’re always on high alert in your surroundings, people’s intentions, if you look at it from a positive perspective these things enable you to be that little bit more prepared for all outcomes.

What is it about that pocket of a TSB beat that fits for you and allows you to shine?

You know what it is, the beats that TSB makes gives me a certain space to be really creative. I want my tracks to be real DC anthems and some beats can sometimes try and dictate/steer you in a certain direction – even your approach/mood in your bars. But with TSB, credit to him too I think understands those gaps needed to really do my thing specifically. Yeah, shout out TSB forreal.

On “Neighborhood” you express that fame is undesirable. Why do you feel that way? What’s your ideal existence as an artist?

Yeah, yeah 100%, fame is a by-product init; should never ever be the end goal. Same thing with money – it should be a by-product of you doing something you love. If you chase fame or money to me, you’re likely to make silly mistakes cos you’re chasing or motivated by the wrong thing. So yeah I will never want to acquire fame, I’m sure it has its benefits you know what I’m saying, but personally, for me, I don’t think will never be the case that, that is what my heart is set on.

My ideal existence as an artist? I would just love to be, you know…as I said “yard in the sticks, car with the tints / I don’t wanna see neighbours” I just wanna be able to live my life normally and peacefully like everyone else but provide music for my fans,  listeners and be appreciated. But at the same time be afforded the space to live my life normally. 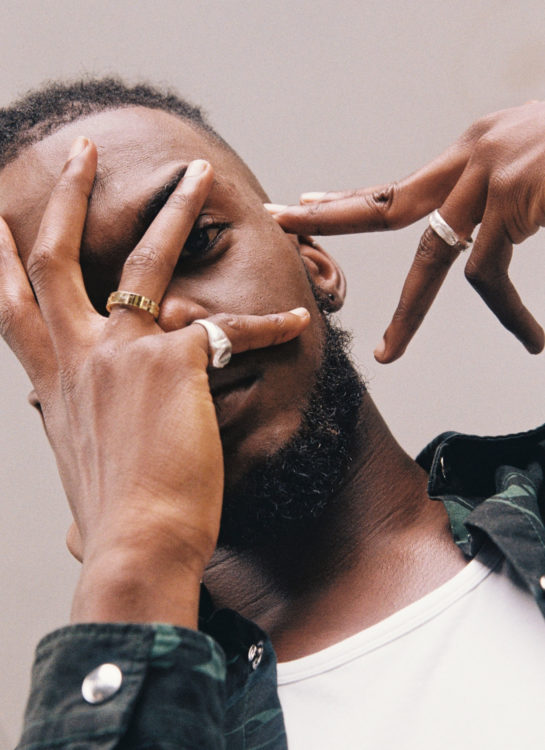 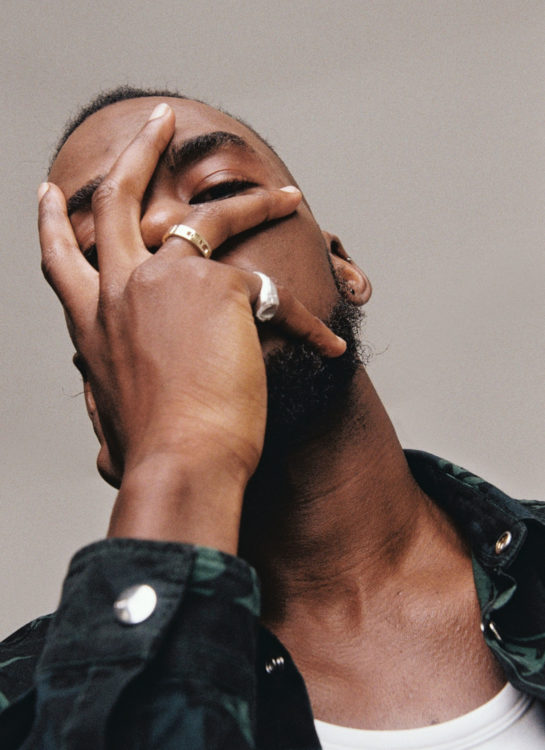 You explain “fight or flight” by it being a heart or brain centered reaction. Can you expand on that?

I was talking about a specific situation of when I was stabbed a few years back at a party. In that situation, it’s fight of flight init – you have a split second to react to a potentially compromising, life-threatening situation. If you react with your heart, more often I believe you’ll do something negative like fight or suttin, but if you react with your brain, or if you think logically – a lot of these situations you can’t break down logically so it wouldn’t make sense, if you do you’ll probably fly [laughs], you’ll probably run or suttin cos logically you’d think to get away from a situation that puts you in danger

I’m from Baltimore so of course the orange couch from The Wire in “The Neighborhood” video made me smile. What parallel do you draw from that show’s representation of Baltimore to where you’re from?

Shout out to The Wire first of all, one of my favourite series. But I think it’s very similar init – the whole estate life, I think Americans refer to it as the “projects”, you know low-income housing in low-income areas you know there’s no real infrastructure or facilities for people in these environments to make something of themselves let alone enjoy themselves. Drugs, violence, you know – even education, in general, is quite limited so I guess it’s all very similar – kinda like a parallel universe. Its nuts cos off the back of that video people from around the world have reached out to me saying stuff like “rah this is just like my area”, how relatable the video feels – even people in Poland [laughs]. It’s nuts to think how that living situation is so prevalent in every country almost. Proper crazy.

Your lyrics, visual, and sound all feel so intentional. How does that translate to your recording process?

Yeah everything’s intentional with my recording process. When I’m writing I try to visualise what kind of ideas I can bring forward for the listener. I try to tailor the track with the video and create the entire visual experience for my listeners init – so it’s kinda like working backward. I guess. The instrumentals, certain breaks in the beats, how it’s mixed. So with the vision of the final product, the steps to getting there become a bit more clear if that makes sense! 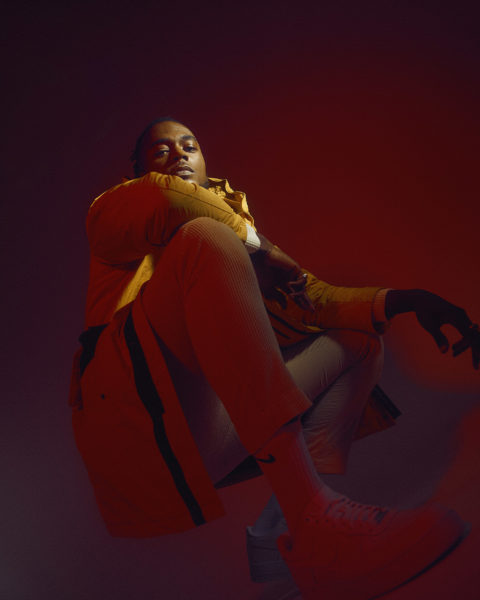 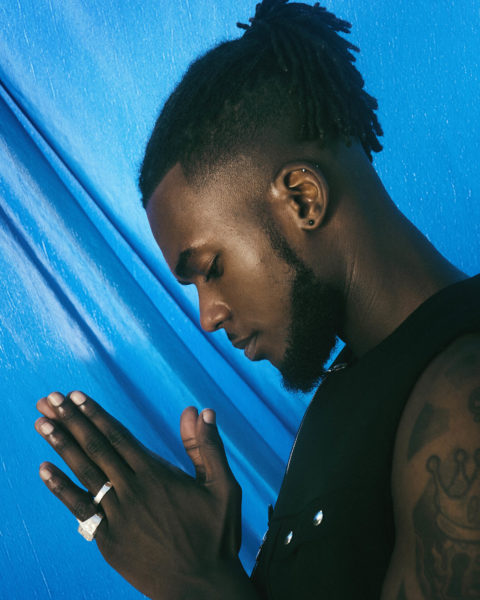 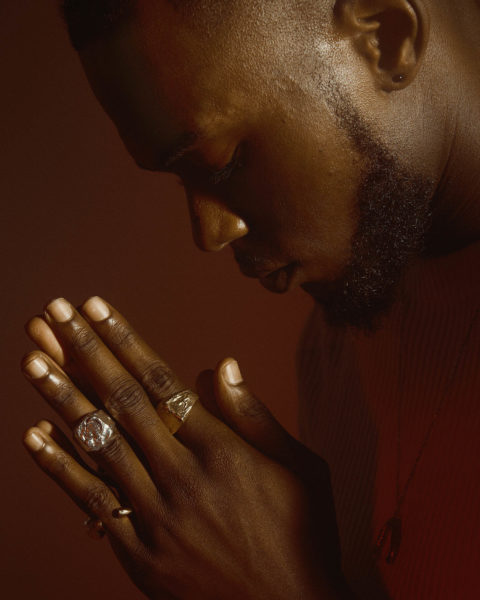 I’d describe your sound as rap/grime with hints of garage and dark soul. Does that seem accurate to you? How would you define it?

I’ve never heard of dark soul you know; that’s a new one [laughs]. Obviously, with TSB, that’s got a clear Garage influence to it, I’ve heard people say neighbourhood has elements of Garage too but keeping it real when I done that track I never really heard/noticed it – when I recorded that one I was just in a zone. Keeping it real, I’d define my sound as sexy. It’s sexy music man. It’s new, it’s refreshing, it’s taking influences from previous sounds and coming with a different approach. My idea is just to expand and come from a different angle on everything. Forward-thinking is a phrase I’d put up there and the best description too.

On your forthcoming EP, will there be more garage and different styles like on “TSB”? Is showing versatility an objective for you?

Yeah, there are other Garage influences in there definitely; there are different styles. I’m not too sure what to classify it as yet and to be honest I’ll leave that to the listeners to do. It’s definitely a lot different from my last project, with new sounds, approaches I haven’t necessarily touched before so yeah man it’s a versatile project.

My favourite “Gleamin” bar is when you talk about your mum seeing your dry mouth and thinking you were smoking weed but you say you were just rapping too much. Was that a real thing or just clever wordplay?

That exact situation is a mixture of both – you get me. You know when your mum catches you in the act of something and you try to come up with every excuse under the sun. But I was never stupid enough to use that excuse, I probably would’ve held a slap for that one but yeah, that was definitely a mixture of the two.

And finally, an important question… how do you remain so calm sounding while spitting so intricately? What is your secret?

Naturally I’m quite a laid-back mellow person, I guess it’s natural – I’m not someone who ever likes to do too much, it definitely has its pros and it’s cons but yeah there’s no real secret or method to it. It’s really just me init. You know what it is as well, coming up the rappers I really messed with were the smoother rappers you know – Mase, Biggie, Hov…like their smooth rappers and I probably just subconsciously emulated them.