“Now everyone tries to follow the trend, but back then everyone owned the trend". Notion meets rising artist and self-titled queen of "Brat Pop", Izzi De-Rosa. 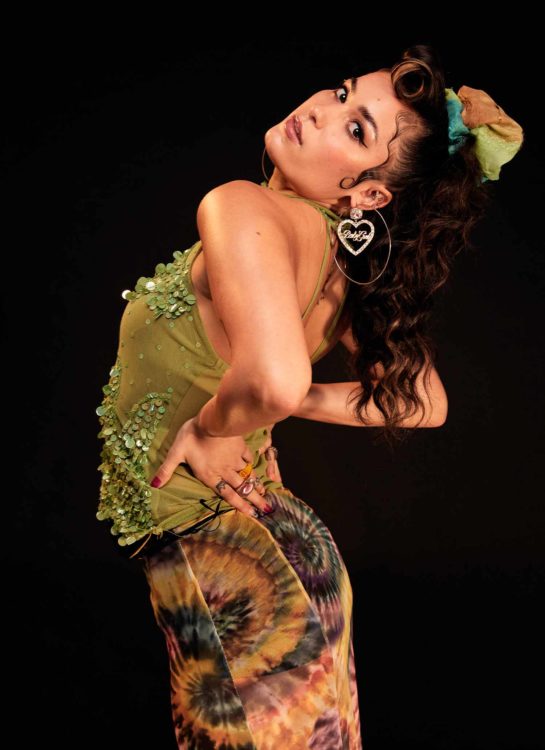 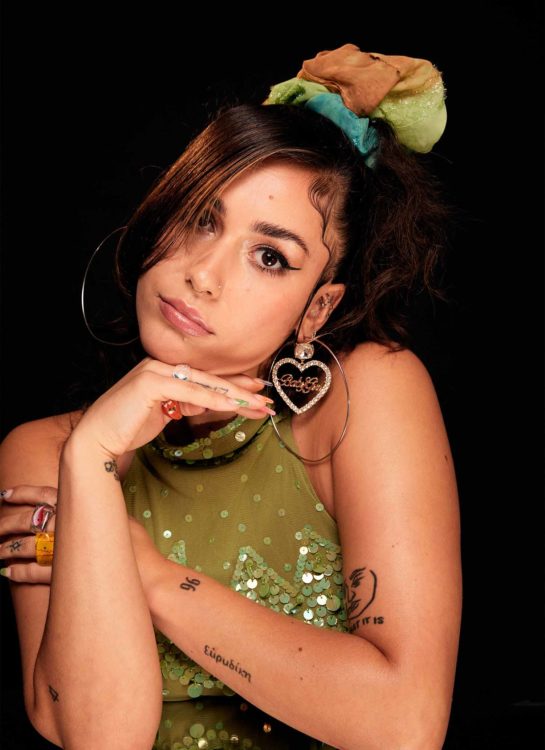 If you’re a fan of early 2000s pop, chances are you will love Izzi De-Rosa. The self-confessed “sasspot” and “brat” is one to watch, throwing back to a uniquely British sound of pop. Dubbed “Brat Pop” by myself and Izzi during the course of our interview, her sound favours the early noughties’ era-defining aesthetic. Think bright pink velour tracksuits, Bratz, Freaky Friday, and the likes of Brad Pitt, the Sugababes, Destiny’s Child, and Christina Aguilera at events like the GRAMMYs, where they radiate an aura of effortless coolness.

The North London native studied Philosophy at the University of Leeds, before scrambling to transition to music after two weeks on a masters course, where she became deeply embedded in the Leeds music scene, part of a collective of artists. Relocating back home within the first lockdown, she began to find her voice, her sound, and define her aesthetic. Her debut track “Love & Roulette” landed a spot on the Spotify UK playlist, and a clip of her showing the song to her crush (in which he is the subject of a verse) went viral, as it currently stands at 10.1m views. This resulted in a deal with Atlantic Records UK.

Notion caught up with Izzi to discuss her viral debut track “Love & Roulette”, TikTok, heartbreak, and much more. 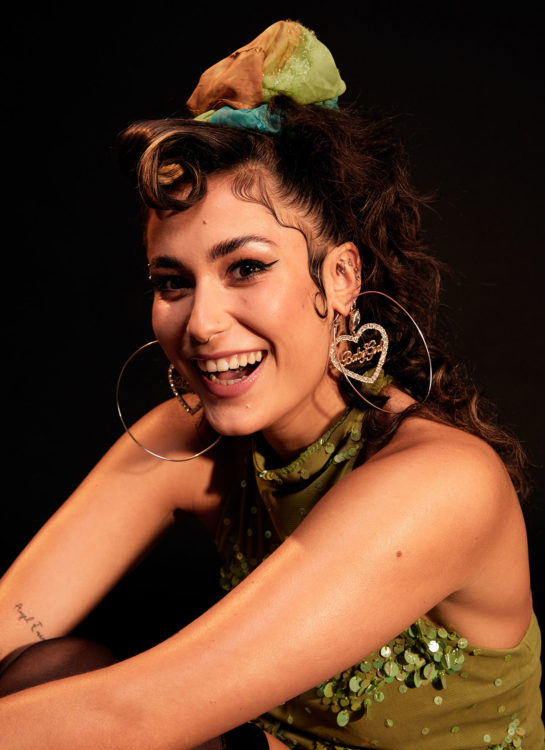 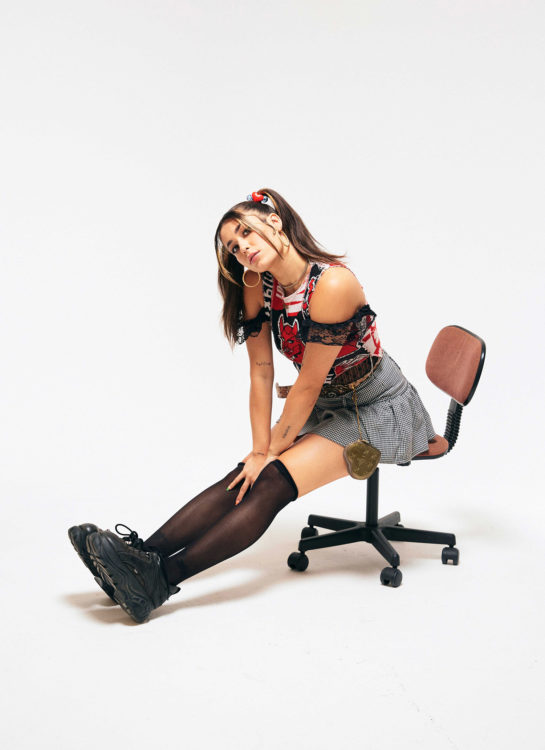 Talk to me about the response to “Love & Roulette”.

I just keep pinching myself, it’s so unreal. I’ve been using TikTok to just get my name out there and I haven’t released any music – I’ve just been using it for things like creating songs about things I see around London, and my tattoos and stuff. I had this song, and I love it so I put the video up of me showing this guy that I’d been hanging out with a verse I’d written about him.

I don’t even know why I did it, and I don’t know what came over me because it was like the third time we’d hung out. “Can I record your reaction?” I said, and I don’t think enough people realize that it was so genuine. He’s also a musician so I think he thought that it was like a promo thing – he did not realize it was about him!

The video went crazy. I didn’t really expect it to have that reaction. I just thought I’d get a few views. But within a week, it was at almost 2 million views. My first thought was “Shit, this is crazy!” Because of the algorithm, you blow up like 2 or 3 weeks later, so I just thought the reaction it originally got was what it got. The links in the comments of people making their own are really cute. It really messed up my release schedule – I was going to release more jazz music over the year, and eventually became more of a pop artist.

The universe just throws these situations at you. I just think everything happens for a reason.

It’s mad to see how instrumental TikTok is becoming to a lot of artists now.

I got a lot of followers and then attention from labels, and back in the day to get that attention, especially from labels, you had to graft for years and years, to create a body of work like a mixtape to then present to them.

You writing a song with things you see around London is taking off on TikTok – is this part of your actual process?

With those ones, I just go for a walk looking for something to write about, but the songs I make as a musician are based on my real life. In terms of writing my music, something will happen to me and I’ll write about that. The TikToks are really to keep people engaged, saying “I’m still writing and I’m going to show you what I can do”. It’s quite a nice way to show off your music without ruining the hype around a natural release.

For my music – and it’s cringy to say this, but – it’s almost therapy for me. I want to process my emotions and the events that I’ve gone through in day-to-day life through writing. When I release it and see it connect with people, I’m so elated. I feel like we’re all so busy with life that we forget that we’re all sharing this same experience. Those feelings of heartbreak, anger, or falling in love are universal. When I write about those things that are just so personal to me, it’s so amazing to see people print their own experiences onto that. 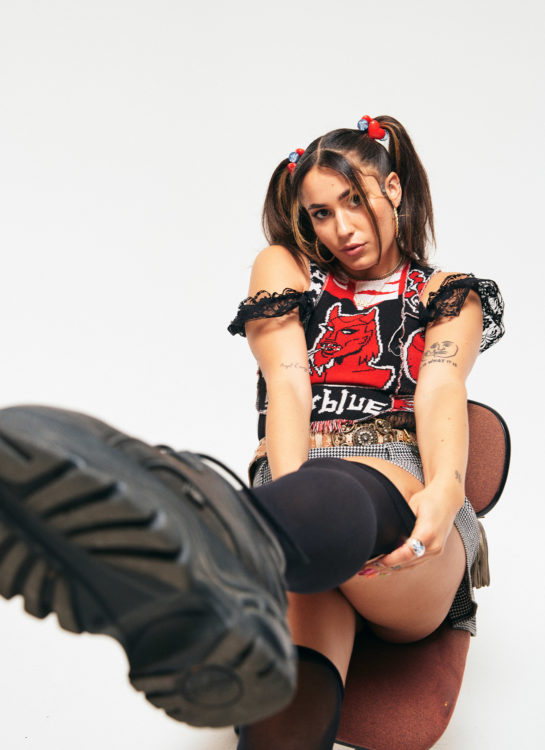 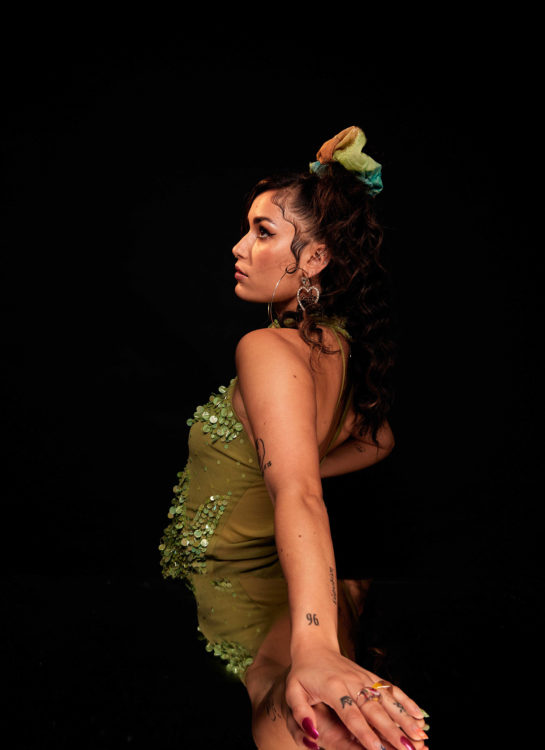 “Love & Roulette” deals with the notion of heartbreak – what do you think makes heartbreak so relatable?

I think as humans we all have this weird obsession with love and being loved. It’s part of growing up. The thing with heartbreak is, it’s not just romantic – if you see an older person sitting alone, you may feel a slight heartbreak.

Tell me about the formative years of uni and the effect the city of Leeds had on you.

I did my undergrad at Leeds in Philosophy, and I ended up staying there for 5 years. I was on an MA course and I had an existential crisis, so I scrambled to get into the music college. I had to go as far as tracking down the Head of Year’s number and calling him! From there I spent a lot of time in the Leeds music scene.

Then I moved back to London in the midst of the first lockdown. But in Leeds, I was in a music collective, and I see it as my training ground, just doing gigs 3 nights a week. But I went back to London and spent the rest of the lockdown writing in my bedroom finding my sound, my aesthetic and just transitioning into a professional artist.

Well, you have come out of the first lockdown with a very polished aesthetic, sound, and a unique voice. I often see comparisons to Lily Allen, and that was my initial thought when hearing you – what do you think about that?

I wouldn’t say Lily Allen, maybe just because of my accent! But some of my influences are from the early 2000s: the Sugababes, Avril Lavigne, and Katy Perry. But I guess they’re all American so if you add the London sound, there are the Lily Allen vibes.

I’ve been toying with a name for this kind of genre, what do you think of “Brat Pop”? 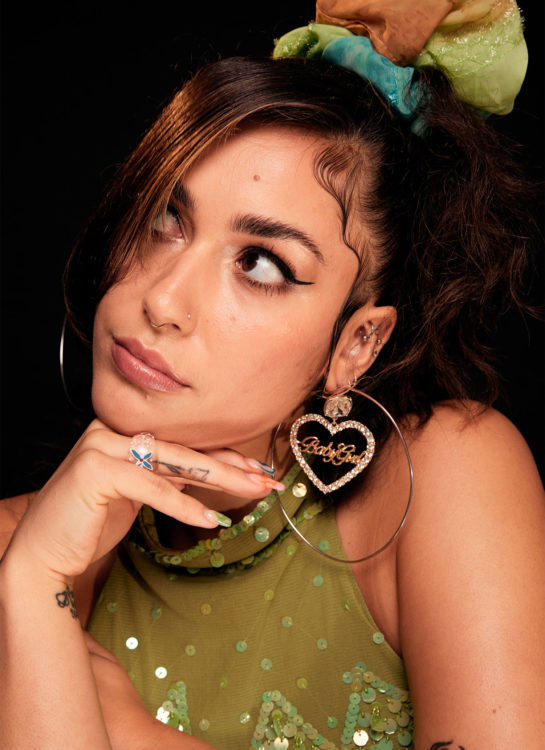 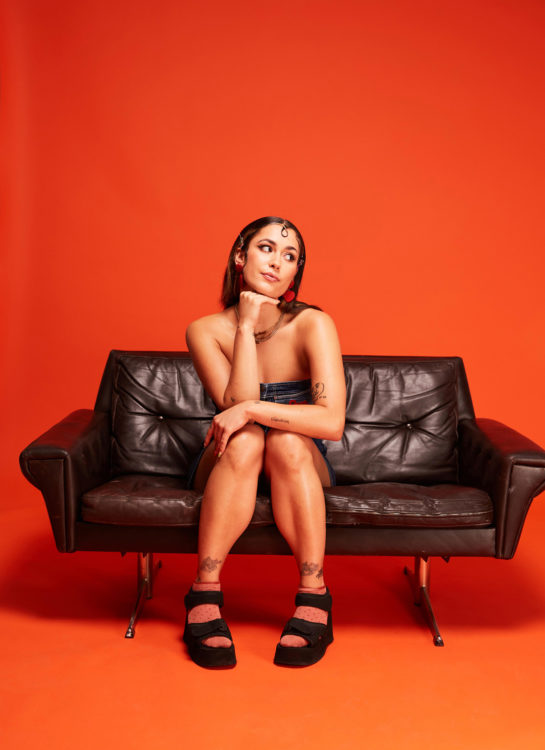 I’ve seen you refer to yourself as “Lil Sasspot” and “Brat”, and with the attitude and aesthetic you have, it really comes through in your music.

It is kind of about owning it. For females in the music industry, I think it always seems as though the words “brat” and being “sassy” have a negative connotation. I think it also ties in with writing about love – love can make you act like a brat sometimes.

You’ve said you were born in the wrong era – which is the best era?

The early 2000s was a cool combination of grunge and pink things, watching movies like Freaky Friday. Britney Spears in velour tracksuits and the Barbie aesthetic – I love that fusion. Some people now will be one or the other, and back then everyone looked so effortlessly cool. Think videos of Christina Aguilera at the GRAMMYS. Now everyone tries to follow the trend, but back then everyone owned the trend. Musicians and actors of that era all have their own thing going on, the likes of Destiny’s Child and Lindsay Lohan.

Headlining Glastonbury, a collab with Olivia Rodrigo which would be like an early 2000s version of Doja Cat and Saweeties “Best Friends”, but with a Brit pop grungy vibe. And a GRAMMY.

Listen to "Love & Roulette" below: