Notion caught up with J Ramms to run down his new album ‘Fahrenheit’, influences, creative process and more.

As London-rapper J Ramms offers in the first line of his single “Same Sh*t, Different Day”: They say they wanna know my story. Formerly making music under the moniker Flake Caesar, the artist’s latest chapter began in 2019, when J Ramms burst onto the scene with “Things Need Testing”. Three years later, he has picked up co-signs from the likes of Headie One, bringing drill beats alongside a personal brand of lyrical flair and self-assurance.

Growing up in South London, as Ramms tells me, “It’s the jungle, it makes or breaks you.” There’s a fearlessness engrained in his lyrics, as well as a grounding in influences from the big leagues: Biggie, Tupac, 50 Cent, Vybz Kartel, and Giggs. Collaboration has always a big part of the rapper’s creative process, from working with Paigey Cakey in the days of Flake Ceasar, to a recent collab with Headie One on a “Pound Signs” remix. Recently, he entered a competition run by production legend Fumez the Engineer showcasing rising talent. Impressing with his freestyle, J Ramms was one of few to be selected, winning the opportunity to spit bars for over a million people.

We caught up with J Ramms to chat about his new album ‘Fahrenheit’, his influences, creative process and more. 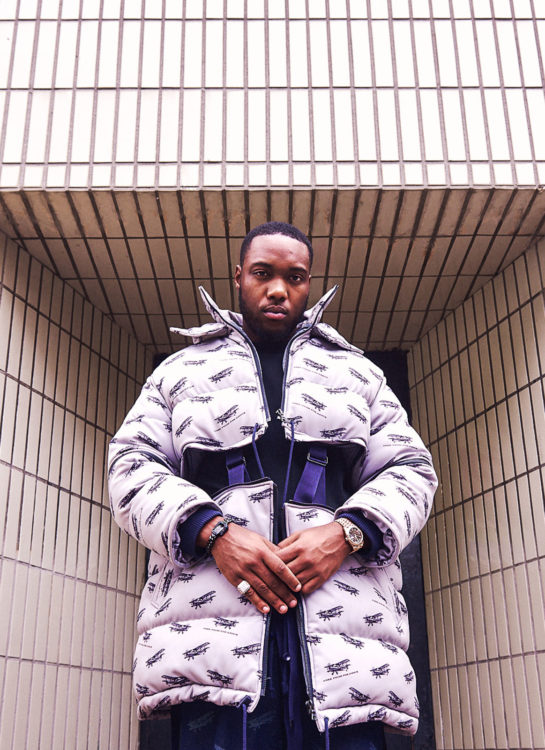 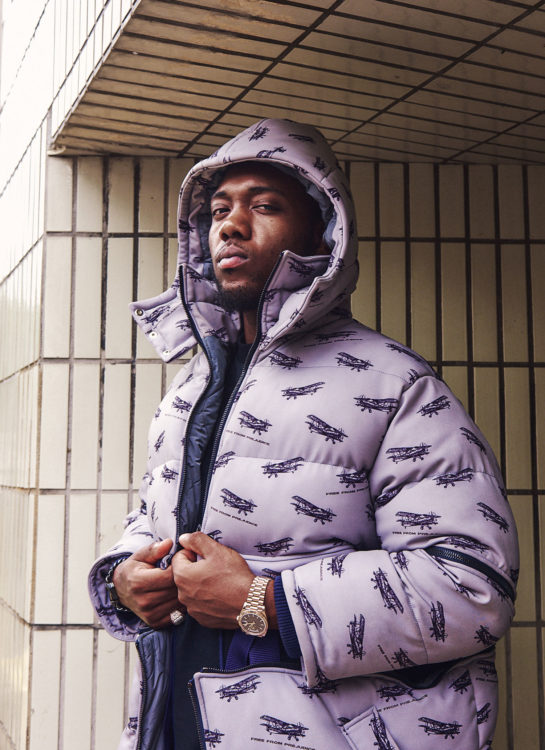 Hey J Ramms, how’s your week been going so far? Enjoying the warm London weather?It’s been good productive and busy as usual, you know what it is this heat don’t feel the same as the heat abroad so it’s not enjoyable, I prefer the winter over here

It’s been good productive and busy as usual. I feel like this heat doesn’t feel the same as the heat abroad so it’s not enjoyable, I prefer the winter over here.

Let’s start by talking about the new mixtape, ‘FAHRENHEIT’. It’s got ten tracks, there are some previous singles on there, has it been a long time in the making?

It was finished for a while, and the actual recording process was no longer than a month.

What track are you proudest of from the project, do you have a favourite?

It’s gotta be ‘Same Shit Different Day’. I was just chatting about my life and what I still have to do. 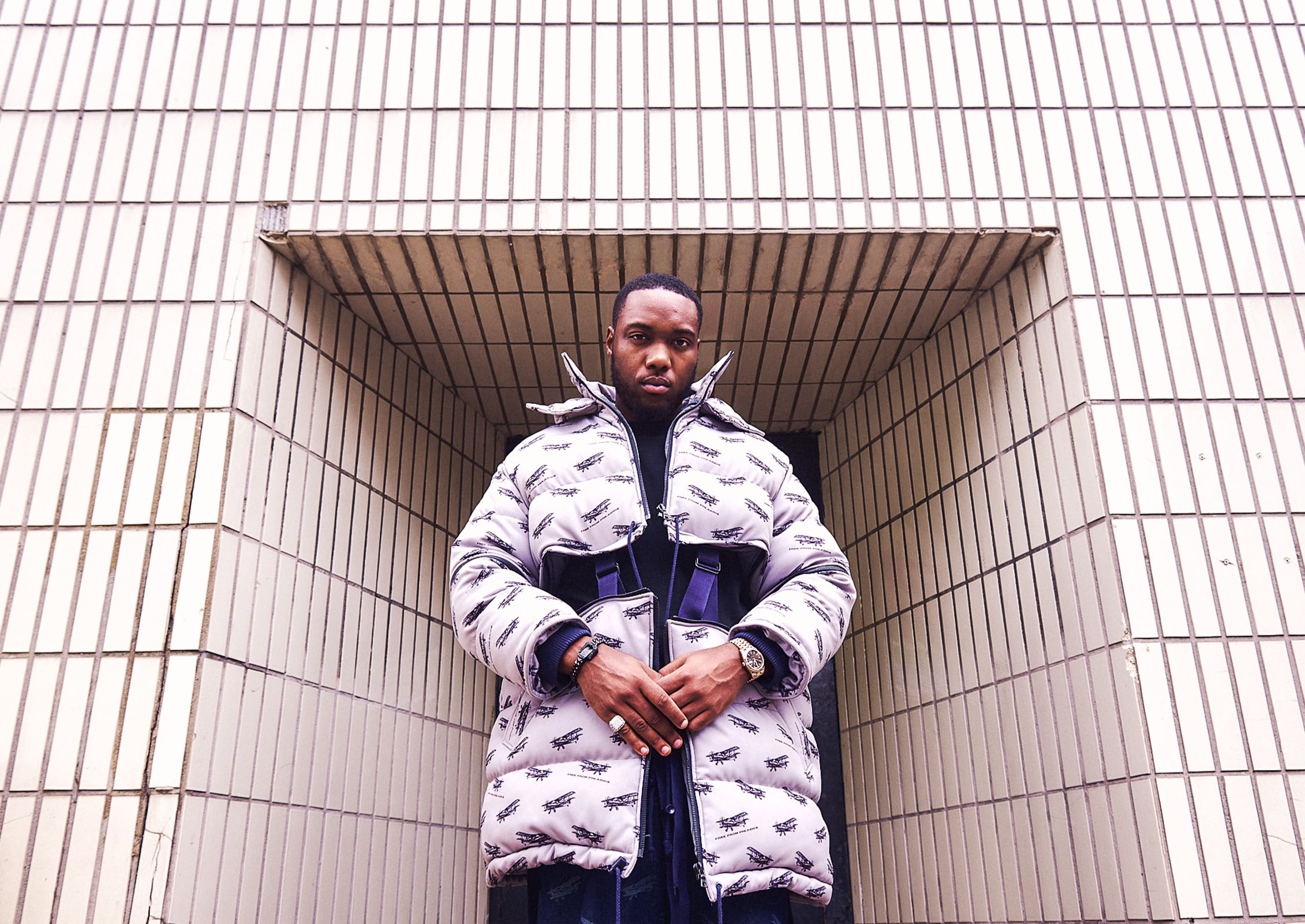 Who were your musical influences growing up? I know you’ve cited some big names like Biggie, Tupac and 50 Cent as rappers you look up to, do you feel like they translate into ‘FAHRENHEIT’?

Growing up coming from a Jamaican background I listened to a lot of basement in my mums car, going to the family parties. My influences mainly were The Bounty Killers, Beenie Man, Vybz Kartel, Movado. I also liked the American scene when I was growing up, like Fat Joe, Styles P and Jada Kiss, Snoop Dog, Lil Wayne, Kanye West and Jay Z.

I feel as if they do translate into what I talk about in my songs, but a lot of my drill flow derives from a dancehall sound – that’s why my songs are jumpy a lot of the time.

There are a fair few collabs in there too, from Cashh, Ras65th, and 411 to Pablo Productions, Aon Mache, and Ryukann. How did they come about? And do you feel like they all bring something different?

I am the main connection between everyone you hear on the project, I know each and every single one of them in different ways. Whether they are family or friends, they they all bring something different to the project – styles and topics differ in each song.

You’ve got some previous big collaborations under your belt too, Headie One and Paigey Cakey to name a couple…. Were they pinch-me moments? Your debut was only in 2019, it must’ve felt like a huge accomplishment?

Yeah, the Headie One feature has been the height of my career, so I’m very thankful for that. The Paigey cakey feature that was a bit different, it was back in 2016 when I went by the name Flake Caesar. Things happened outside of music which meant I left it for three years, but I returned in 2019 as J Ramms. 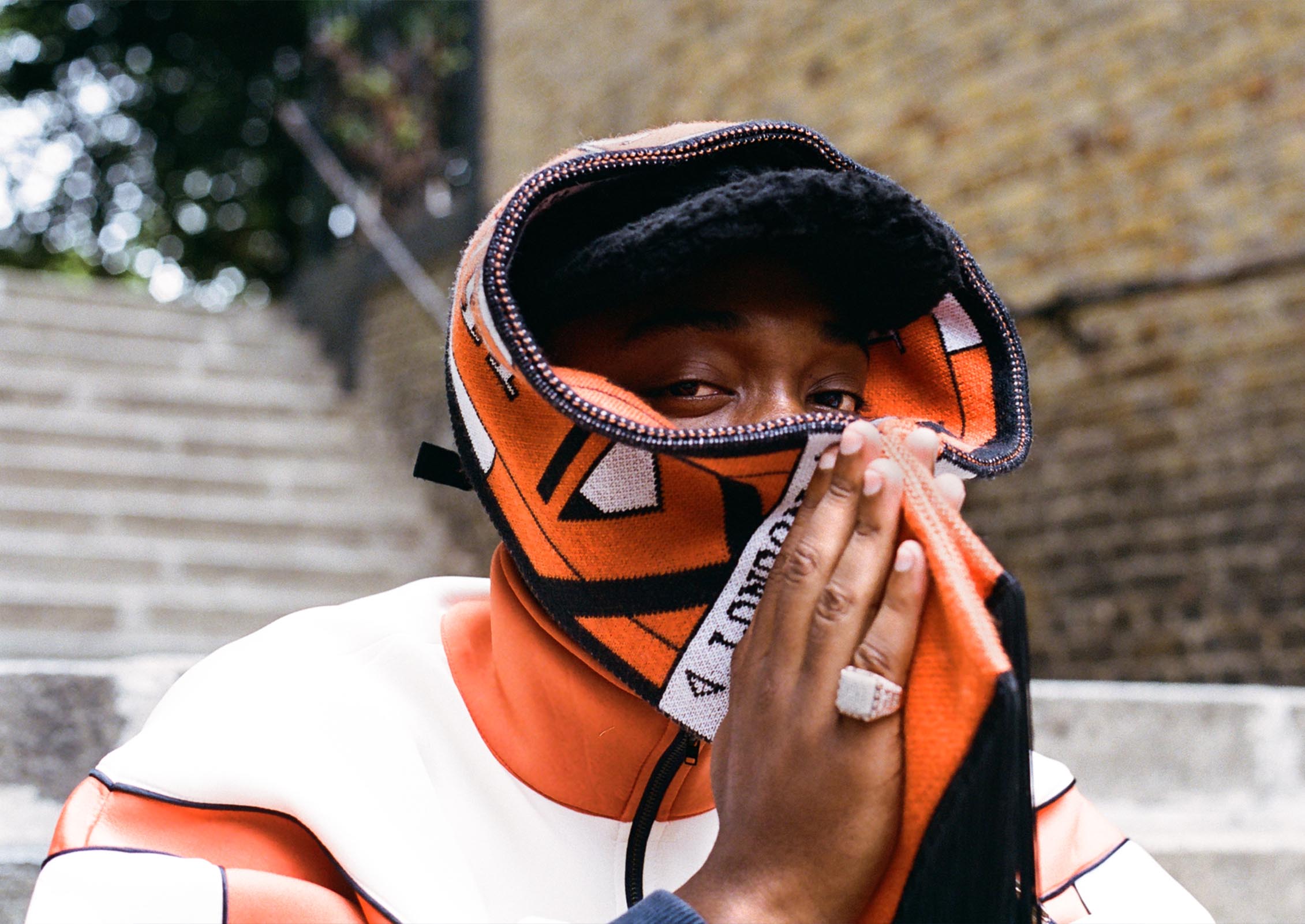 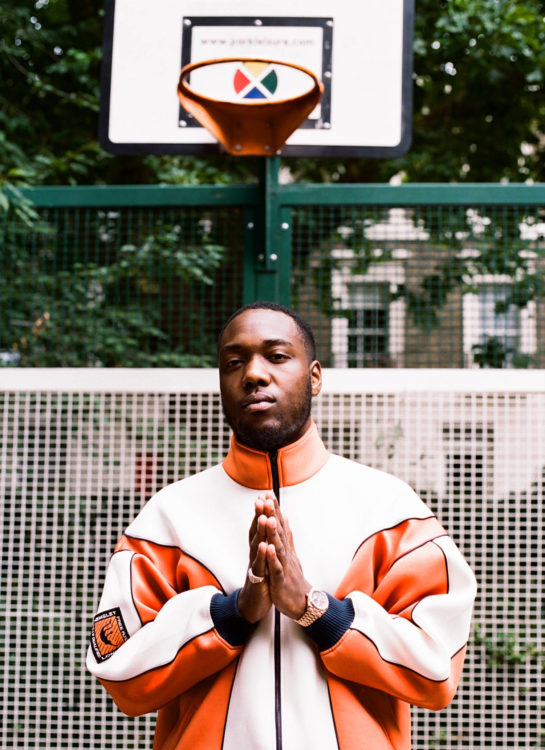 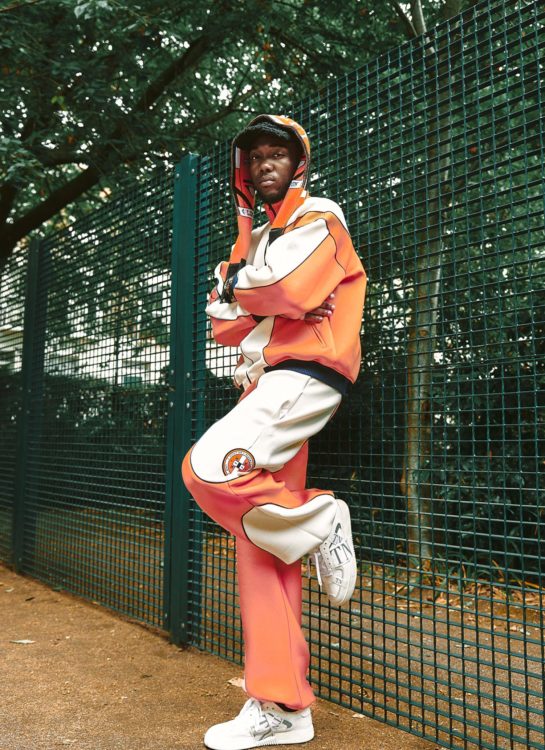 Is there anyone on the scene now you’d love to work with next?

The visuals for your tracks are usually pretty big, the recent video for “SSDD” is a good example. Do you enjoy the process for visuals? Where do the ideas come from usually?

Yeah, I love the whole process of music in general – from recording to videos. The ideas come from mostly me and my bro, 411, whose also my manager and creative director. For example, with “SSDD”, the idea of blocking off the road was from me, and then 411 used his creative mind to make the whole thing into a project.

I know you’re from South London originally, home of many musical greats. It’s where a lot of your videos are set – are you proud to be south of the river?

Yeah I love South! The endz got ties everywhere, like North West where my mum is originally from, my dad’s from South, and his side of my family stretch to East and North London. But I’m from South, I’m proud to be from South. It’s the jungle, it makes or breaks you. 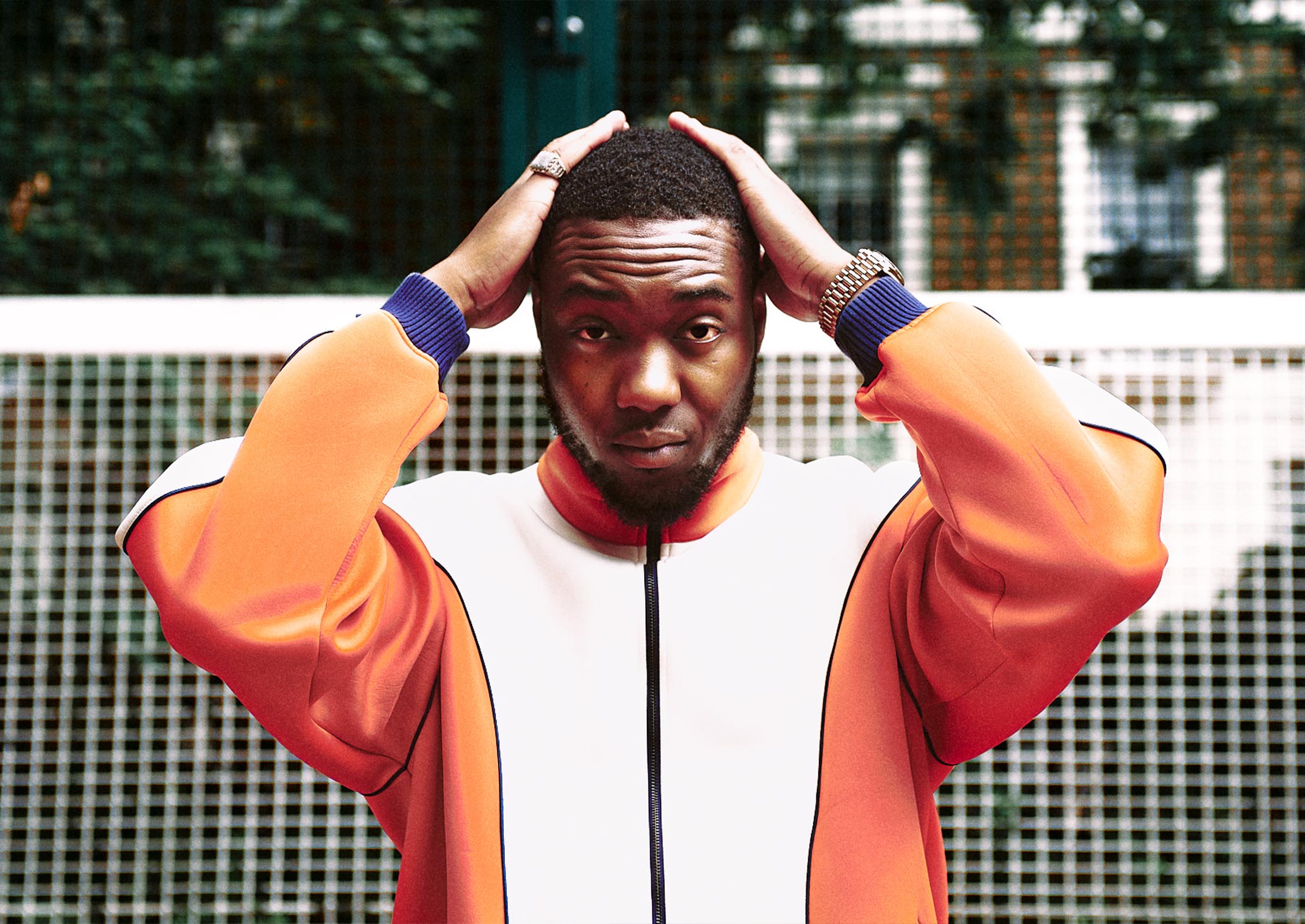 Can you tell me a bit about the Fumez the Engineer freestyle competition? Sounds like you did pretty well…

Yeah so I saw the competition, and I was out, and thought let me just quickly send in a freestyle. I was warming up at that point, so I never expected to get called in. But they liked the fact that I was effortless with it, and the way I delivered my freestyle on camera.

Do you have any long-term goals, or any bucket-list career moments that you want to achieve?

I want to get a number one in the charts, and go platinum for a single that includes my musical friends and family. I also want to create a project with the coldest and biggest features on it, from producers to artists, to mix engineers, Everything would have to be the best of the best.

What’s next for J Ramms, what can people expect from you for the rest of the year?

Next for Ramms… I’m gonna travel for a little bit but I’ll be back. There might be a joint tape with someone coming next, maybe rap, maybe drill, maybe both. It could be anything, but what it will be, is cold. 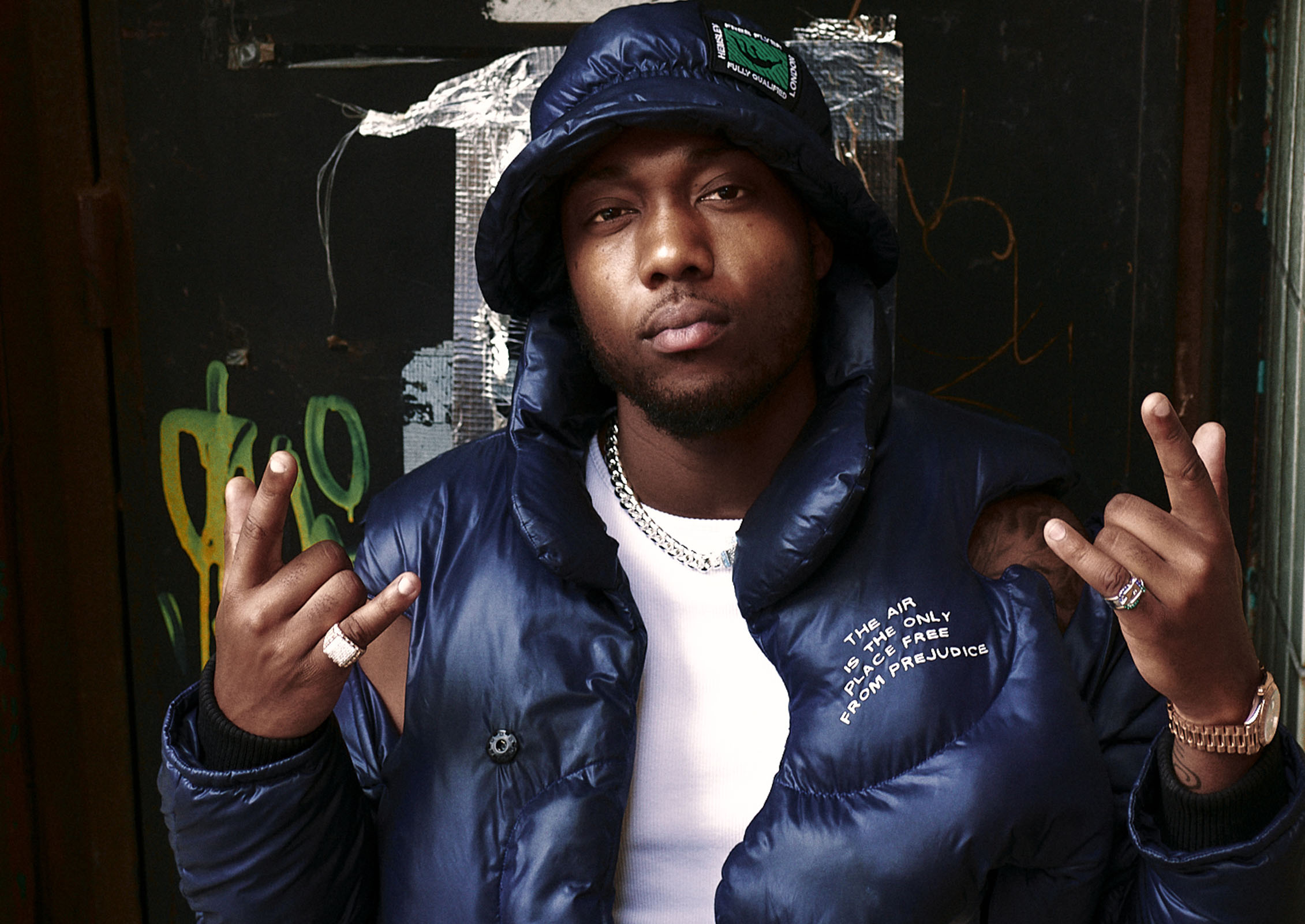 Listen to 'Fahrenheit' below: