From his biggest influencers, to how he started making music, singer-songwriter Jelani Aryeh shares his journey thus far...

After watching his classmates rap luridly over trap beats, Jelani Aryeh knew that he wanted to be different – alternative. Working on what he said were ‘terrible beats’ to begin with, Jelani’s determination to bring something new has resulted in an infectious post-Gambino, post-Tyler, alternative-hip hop sound. Since then, the 18-year-old, alongside his creative collective, Raised By The Internet (a musical art group created by Jelani after a plea for creatives on a Brockhampton fan forum) has wormed his way into the alternative music scene and plans to stay. Amassing over 1 million listens on his hit song “Where We Go” from his debut EP, Suburban Destinesia the singer’s heartfelt suburban-pop songs powered by memorable hooks makes an irresistible listen…

We sat down with the charismatic 18-year-old to talk music, biggest influences and more. 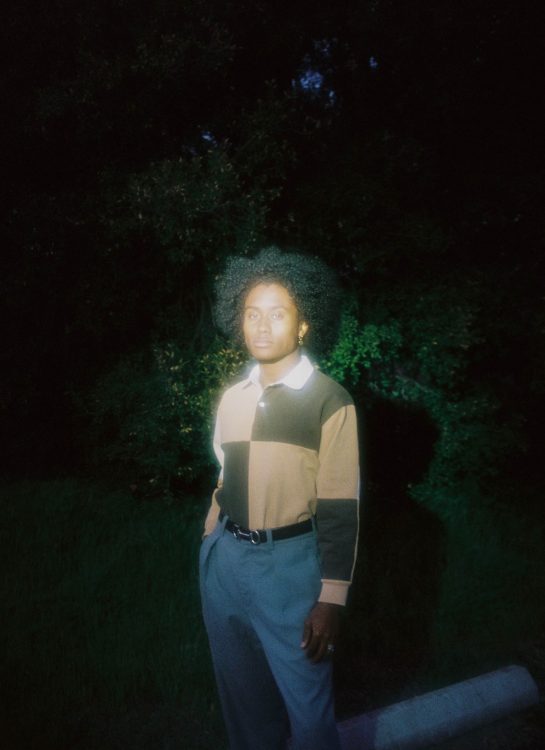 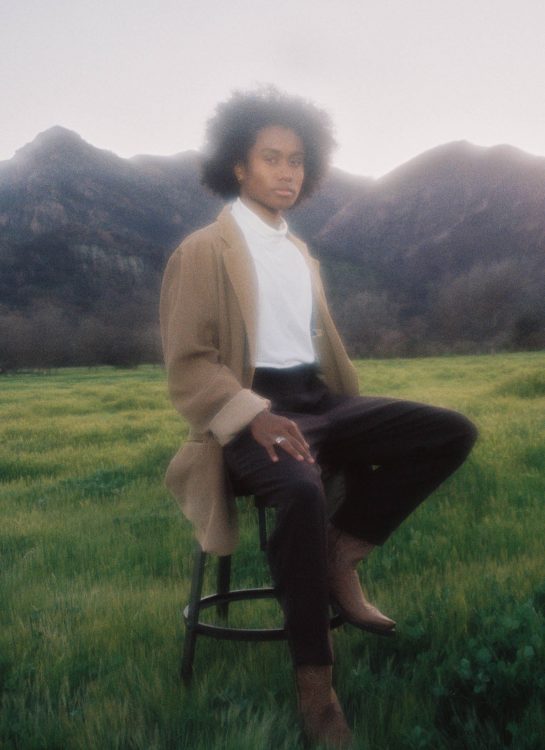 I started making music back in late 2016. It started with rapping over YouTube instrumentals which is funny because I feel like I’m mostly known for my singing now. It evolved from that to getting a midi keyboard and attempting to make stuff similar to what I was hearing on SoundCloud at the time. my peers in school played a big part in why I started. A lot of kids were making things that sounded like your favourite mumble rappers and I just wanted to make something different, something with substance.

Tell me about Raised by The Internet— what it is and how did it come together?

Raised by the internet is a multimedia collective of super talented artists from around the United States and the UK. We formed over a Frank Ocean, Odd Future, and Brockhampton sub-reddit after my initial post asking if anyone wanted to start a collective. These guys have become my brothers.

Who are your musical influences?

The list is always being altered and never set in stone but, I’d say my core influencers are definitely the guys mentioned earlier along with Gambino, Solange, and Toro. They have all done so much for me, inside and out. They’ve played a big part in shaping my worldview and who I am as an individual. Some artists that I’ve fallen more in love with recently are Father John Misty, Kelsey Lu, and Moses Sumney.

Does your mixed heritage (African-American, Filipino and Chinese) have an influence on the music you create?

It definitely has an influence on what music I listen to which I think subconsciously has an influence on what I create. My parents coming up in the 90’s always had Hip Hop and R&B playing. I equally connect with my Black and Filipino side while I’m just a smidgeon Chinese. To be honest Black and Filipinos are very similar in the sense that music and dancing play a large part in the culture. Some of my most fond memories growing up are singing “I love rock n roll” on the Magic Mic karaoke machine. At any given Black or Filipino party or gathering, you will always hear some music playing, people dancing, and some aunties offering you money to sing.

That’s a tough one for me because I’m still trying to find “my sound” and I’m displaying that to people in real time on these records. That’s why I think it goes in so many directions and why I could still describe it as suburban pop but a little more refined.

I’m still figuring out a process that really works for me. I usually start with either a 4 or 8 bar melodic loop of some sort and let that take me someplace. I try to associate things from my personal life to the sounds of that loop and after that my melodies and lyrics kind of come together simultaneously.

What’s the story behind your new song “Union Station”?

Union Station is a story about a group of friends who are leaving all they know and moving together in this new, unfamiliar place and finding solace in each other. And for me, it represents so much more. Union Station represents the journey of becoming the artist that I ultimately want to become. Getting on the train each time is like going towards what I want, going after my dreams. In the 50 trips that I’ve made back and forth from San Diego to LA, I’m completely out of my comfort zone. I’m meeting with dozens of record execs, producers, recording sessions, and photo shoots.

I remember getting my first record player a couple years ago and getting some vinyls from my aunties record collection as a Christmas gift. I loved how all of these old artists were now new to me. Bands like Depeche Mode, The Smiths, Duran Duran, and The Cure blew my mind. this was also when I was starting to really get into alternative music because before that, my taste consisted of strictly hip-hop and r&b.

You had your first show last year, how was that experience?

It went well. Jack and I performed an acoustic set at this little coffee shop in a warehouse in Downtown San Diego. It was a sofar sounds performance so the way it works is that they only reveal the performers the day of the event. I have to admit, I was a little nervous before getting on stage since this was my first time performing in front of a live audience. It was pretty amazing seeing most of the people just taking the songs in for the first time.  I’ve always been a fan of the sofar channel and to do it in my hometown just felt right.

You celebrated 1 million listens on “Where We Go”, how did that make you feel?

It felt really surreal. At first, I viewed it as numbers on the screen but when I got to really thinking about it, that number represents 1 million streams from people all over the world. It made me feel like WOW people really do connect with my music.

Any plans to collaborate with your Uncle (former rapper)?

While we have very different styles in music, who knows what the future holds. I would have to say that part of the reason I do music today was because my parents had an independent hip-hop record label when I was like 5 years old and he was their main artist. I would be in the studio with them while recording and at the live performances. I even used his old mic for Daunt and prior to record my music so I’d like to think I drew some energy and inspiration from him. I think that all of those experiences of watching him develop as an artist really planted the seeds for me.

We just shot the video for union station and I’m super excited for it to be out in the world. I also just got back from Phoenix where I was working with Jack Kolbe on my new project that will hopefully be out this summer.