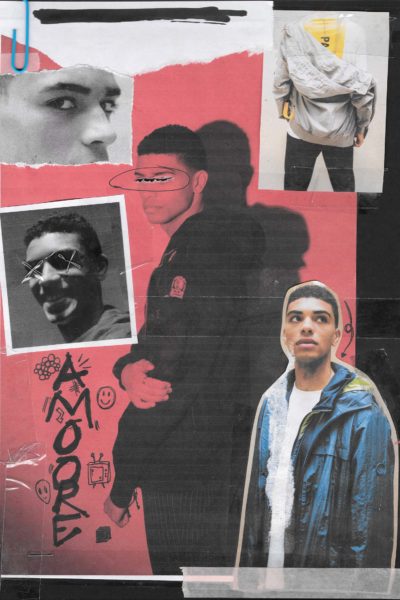 Launching his career as a breakout star in Germany at age 15, Jeremias Amoore is an actor on the rise. The young performer swapped Germany for British shores after bagging a four-year scholarship with the Rosa Luxembourg Foundation to study acting.

From there, he attended East 15 Acting School in London and has since snapped up roles in Amazon Prime’s The Start Up, The Death of Daniel Fernandez, and most famously ice-hockey drama Zero Chill, currently streaming on Netflix.

The budding actor is a man of many talents, among them music and competitive sport – which came in handy in his latest flick. In Zero Chill, Jeremias plays Bear Stelzer, ice hockey champion, alongside a truly international cast, which saw Grace Beedie, Dakota Taylor, Jade Ma and many more get their skates on for their respective roles.

Zero Chill has held a top 10 slot on Netflix for several weeks, and it’s easy to see why. The drama follows two Canadian siblings, Kayla, an ice skater, and Mac, a hockey player, who have just moved to the UK. Mac is taking up a place at the prestigious Ice Hockey Academy, while Kayla has been forced to leave everything, including her skating partner, across the pond. 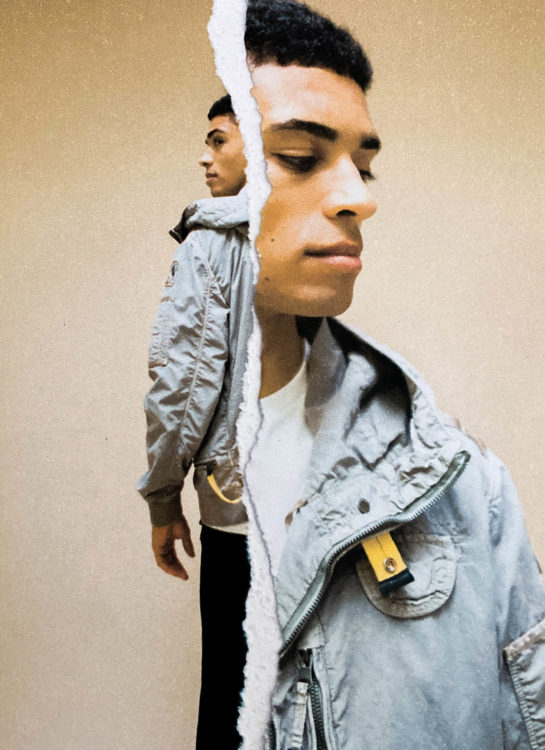 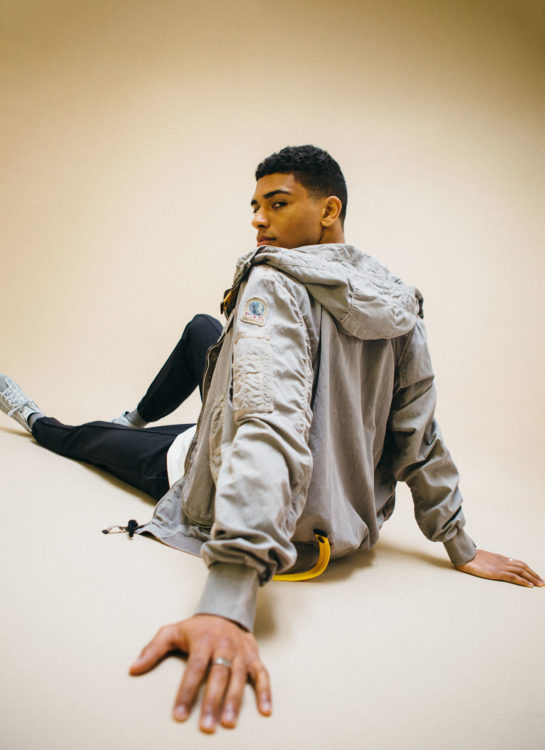 Jeremias plays Bear Stelzer, Mac’s teammate, and has his own riveting storyline – from an unexpected romantic arc to domestic dramas.

Notion chatted with Jeremias to find out more about his time working on the show, his beginnings as an actor, and his very surprising secret talent.

Congratulations on Zero Chill! So firstly, for people who haven’t seen the show yet, could you describe your character for us?

Zero Chill is a 10-part coming-of-age series and my character Bear Stelzer is the captain of the Ice Hockey Academy, where the series is based. He’s looking after everyone, he’s making sure everyone is getting along in the team – and he finds himself on this journey as well, really starts to accept himself and then love himself and ultimately also embrace everyone around him.

What was it like to work with the directors Tessa Hoff and the Emmy Award-winning Angelo Abela?

They’re both amazing. It has been such a pleasure and such an honour to work with those two brilliant minds. And Angelo, he’s just such a great leader as well. He just leads by example, but he also has a really beautiful sense of humour. And Tessa, she’s very precise, she knows exactly what she wants and she’s super prepared – she gets incredible results. 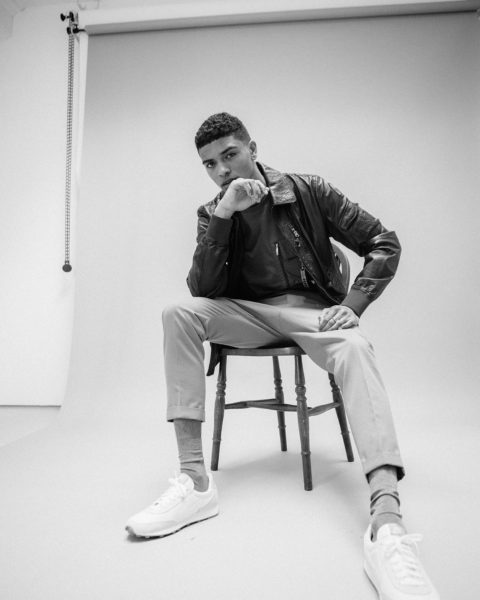 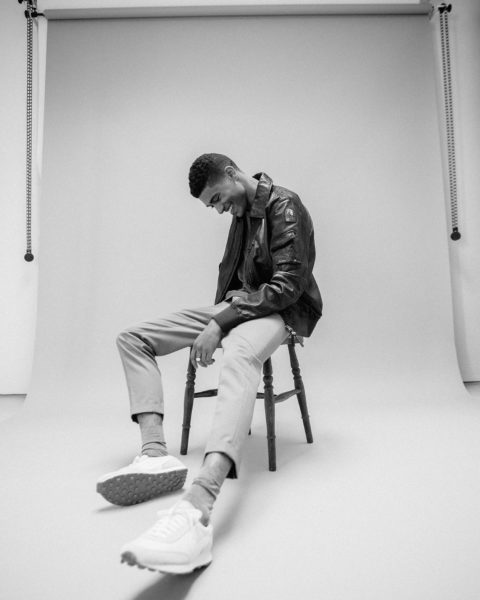 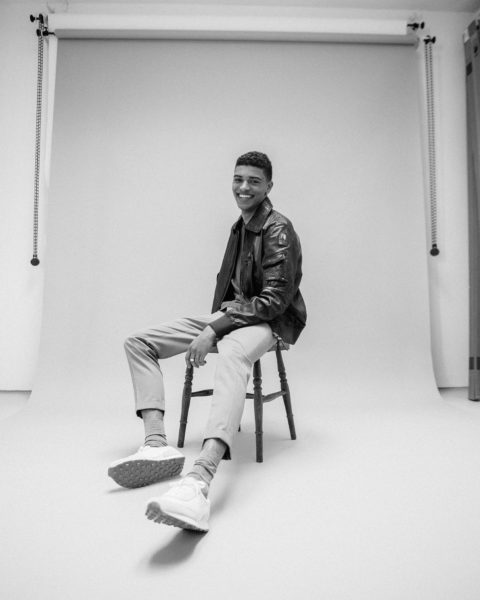 And was it a strange experience filming in Sheffield (which is quite an English location) with such an international cast in the show – and quite an American feel as well?

Sheffield is a very special and actually quite extraordinarily beautiful town, with the architecture and everything. It’s kind of unique. I’ve never been to a city like that even here in Britain. With the international cast, everyone assumed that Sheffield would be like the rest of Britain because everyone came from different places in the world. Over the shooting period, I felt we all made it our home, that we really settled in with the community and got to know the culture there in Sheffield, so it was quite nice.

Was the show filmed during lockdown or was it filmed before?

It was mainly filmed before and then when the lockdown hit, we had to pause and then carry on when things got eased up a little bit. That was actually quite an adventure: we’re in the middle of shooting and then it was like [clicks fingers], wow, guys, I think we got to stop here because we’re going into lockdown.

We did then continue in lockdown and wrapped everything up so it all went well in the end.

Did you have much ice skating experience before the show and what was it like training up to such a high standard?

It was an extraordinary journey because I myself didn’t know much about ice skating before the show at all. So for me, it was literally diving into the deep end before the show started with all the training that we did before that, and I give a massive credit to the amazing, amazing, amazing Ron Shudra and Cole Shudra who are the two hockey coaches that really taught me everything that I know. At the beginning, I was slipping and sliding and then they taught me crossovers, backward crossovers, hockey shots, you know, like hockey stops – all of that I learned from them. So I’m very, very grateful for their guidance and expertise along the way. 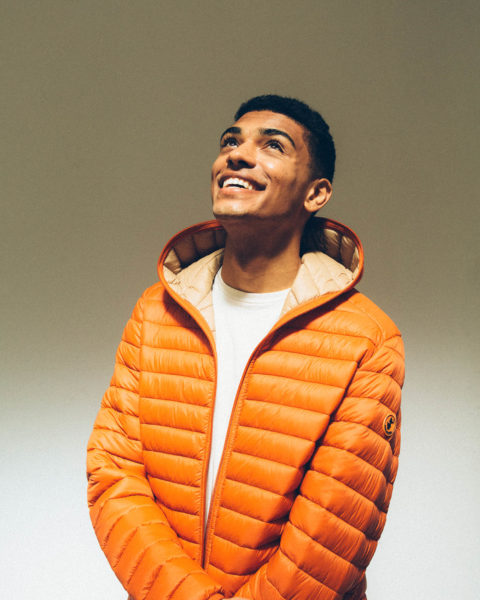 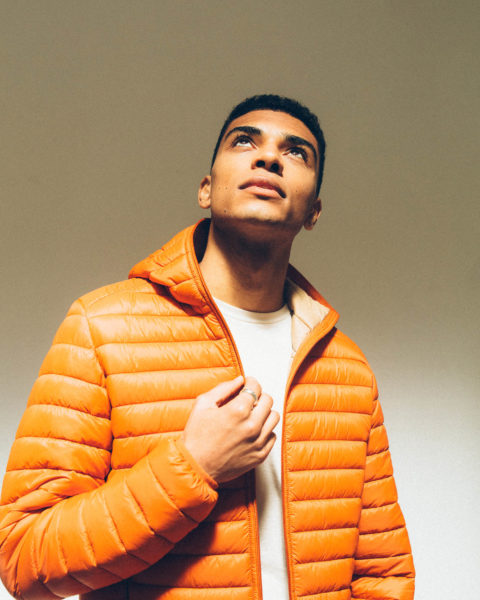 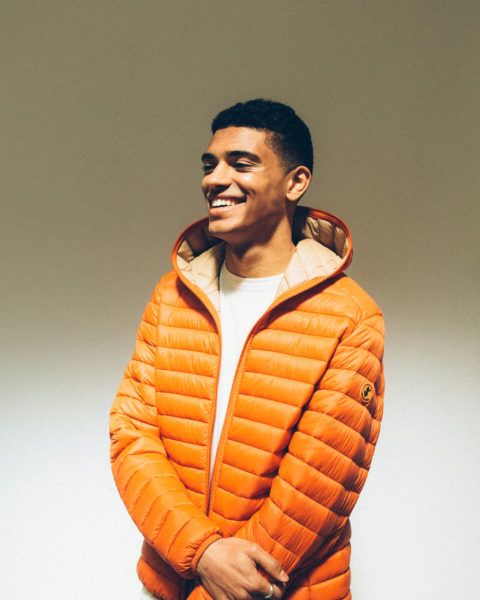 Everyone in the cast got to do both ice skating and hockey, right? Which one do you prefer?

Well, ultimately, I fell in love with hockey. Also hockey as a sport, I find so fascinating. We went to quite a few hockey games in preparation for the role. Just watching the speed, the momentum, the power of the game is riveting in that sense. So I’m a big, big hockey fan. But ice skating in itself is such a beautiful and graceful sport, so I can identify with that as well. But I’m a big hockey fan – now!

So firstly, you started out in Germany playing a junior fashion designer. You then did the opera Der Ring Next Generation. They’re quite artistic, creative roles. Did you find that playing an ice hockey player accessed a different side of your personality?

Definitely, I definitely felt that in the sense that I’ve played competitive sport all my life. So that was something that really came in handy for this part and really reawakened that in myself. It was really nice to access that because I’ve played football and claiming a new skill in my journey through the role of Bear Stelzer was great. So the sports side of things was something new, and something very welcome.

Going back to the beginning, what made you first want to be an actor?

Oh, that’s a very good question. So what really grabbed me in the beginning was a play at school. I wrote it myself and it was about my local community in Berlin – people travelling into Berlin and finding their home there and settling into my community. To prepare for the play, I interviewed loads of people in my community and took that to write the play verbatim, basically what they said, I put literally word for word. When I performed that, I was kind of a one man show to the audience, I could see how it would affect people, words that people in my community have spoken, affecting people so powerfully in the audience. And at that moment, I just knew – I felt radiant – I just knew what I wanted to do for the rest of my life. I was like, wow, this is beautiful and special. 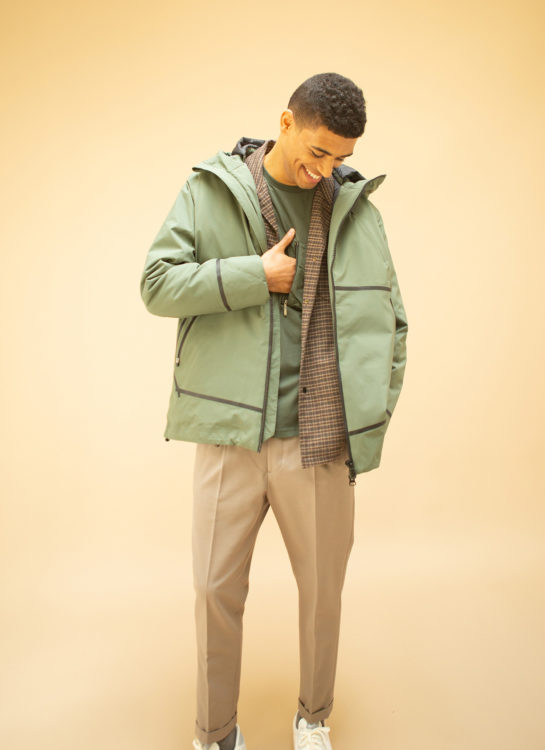 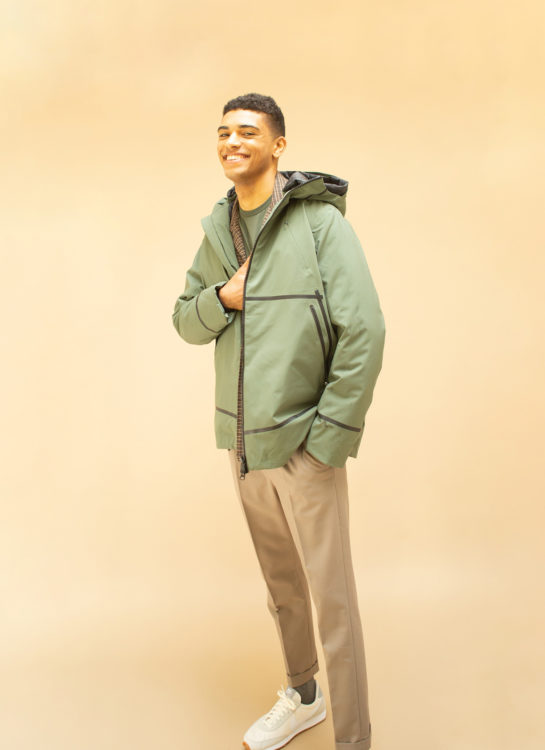 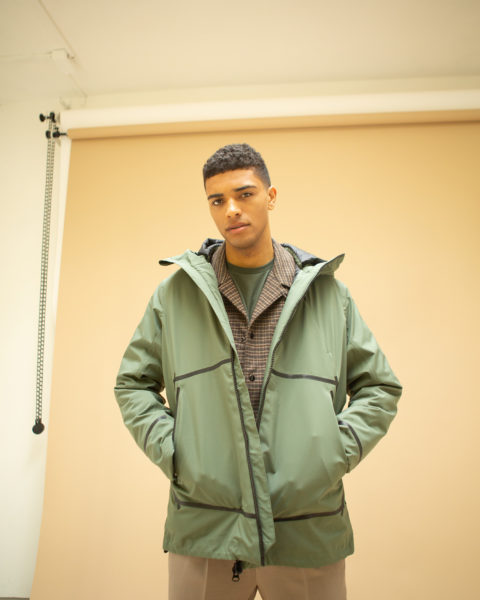 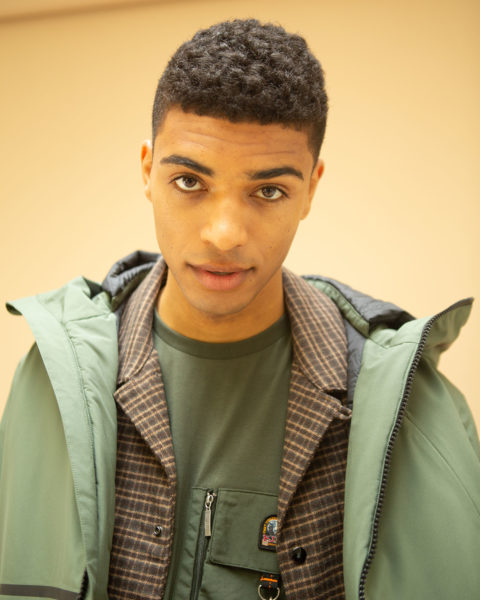 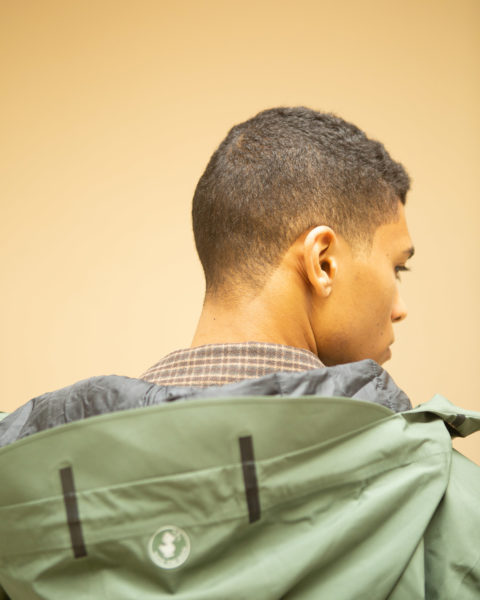 And then you came to London to study acting. What was your experience of that?

Adventurous – that’s the best way to describe it because I was very young when I moved here. Straight after school I got a scholarship to come to England and then I got a university place, then got into drama school. So in the first year, I was just finding my feet, settling living away from home for the first time, and settling into an entirely new culture. Germany and England are similar in many ways, but also very different in many ways. So to me, it was just observing all those beautiful differences and understanding what my place in England is. Then from that point onward, it was just incredibly adventurous. I’ve been so grateful and blessed to be given gifts and given the scholarship, then I got into East 15 acting school where I found the love of my life, and found also a lot of roles in East 15 that I could play and really explore my range as an actor. So every single day here in England has been like a new adventure that was beautiful to live in.

And do you ever miss working in Germany and being involved with German productions?

Not particularly to be honest. German productions are very unique and have their own feel. They have a cultural stamp that is unique and quite interesting. But also, Germany is very different, especially in the film and television industry. I do find that feeling that there are a lot more opportunities here for me, as a mixed heritage actor, so I’m very grateful that I found this opportunity to stay in England.

You’ve also done a mental health campaign with Young Minds. What was your journey towards doing that?

It was amazing in the sense that I just felt I could give back. When they approached me for the role, I was like, ‘yeah, let’s do it!’ The campaign itself turned out to be amazing. It was so rewarding to see how the work was perceived by all the people that it was made for. So to be a part of that just made me feel very humbled and happy within myself.

So how did it come about? Did they approach you?

Yes they approached me, and then they asked me to read for the part. Then I think three days later, they were like, ‘let’s do it!’ The turn-around was quite fast as well. I was still in drama school when I shot that. So I think I had to ask to take a day off in drama school just go to that campaign and shoot it. 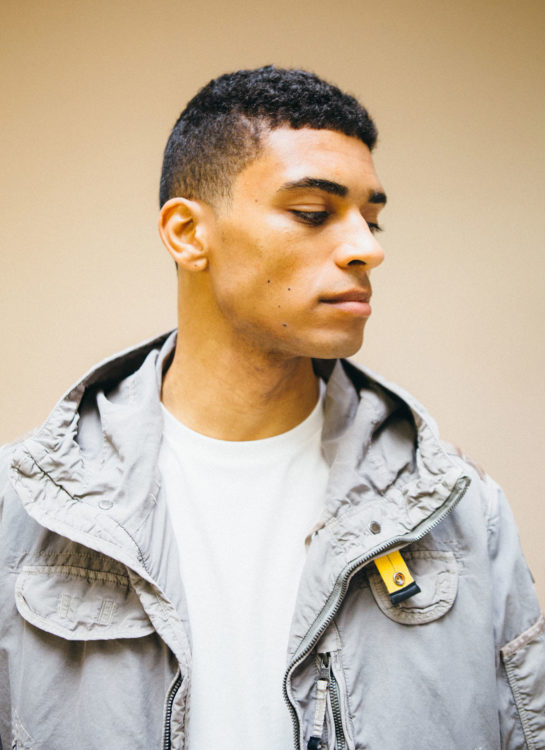 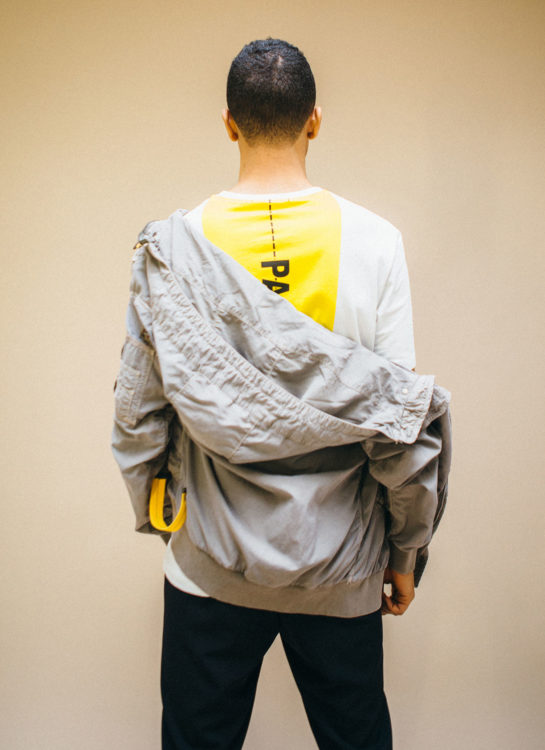 You have got quite a lot of upcoming roles with quite a range of things going on, with romcoms, and then you’ve got a sci-fi and a thriller. What genre do you prefer to act in?

That’s a very good question as well. I love the range of acting as much as specific genres. I’m a huge fan of riveting deep dramas and roles that have a meaty journey to them, no matter what genre in that sense. So I’m really looking for certain attributes in the roles that I’m getting that I can just bite my teeth into. But at the same time, I’m very open to exploring new territory in that sense, as well as learning new things with every part that I get and every genre that I explore. I’m very much looking forward to diving into all those different genres and just see the details and the things that make every genre what it is, and its specialism in that. 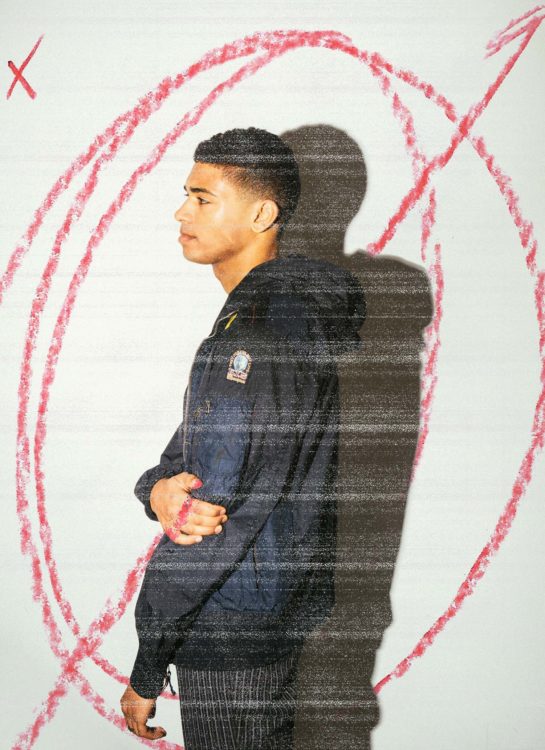 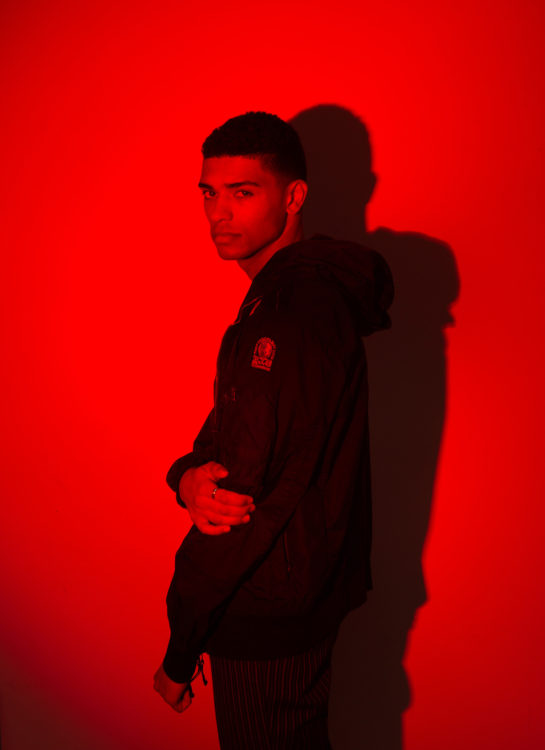 What can we expect from these roles?

So the next one – I’m shooting it tomorrow, actually – is a comedy. And that one will be – hopefully, let’s see – speaking to the soul, as well as just uplifting the heart a little bit, especially in this time. I think it’s so vital. I can’t speak too much on all of them. But I think what we can expect for sure is just I’ll be having a lot of fun and hopefully, ultimately, people that watch the films will have a lot of fun with me too.

And then finally: you’ve got a lot of talents from music to sport. Do you have any other secret talents up your sleeve?

Um, secret talents… You know what I do as a party trick sometimes when people ask me: are you German? And I’m like, yeah, I’m German. They’re like: oh, wow. And then I go back: yeah, I’m German. And they’re like: speak German to me. And I go: okay. And I start rapping to them and they go: whoa! 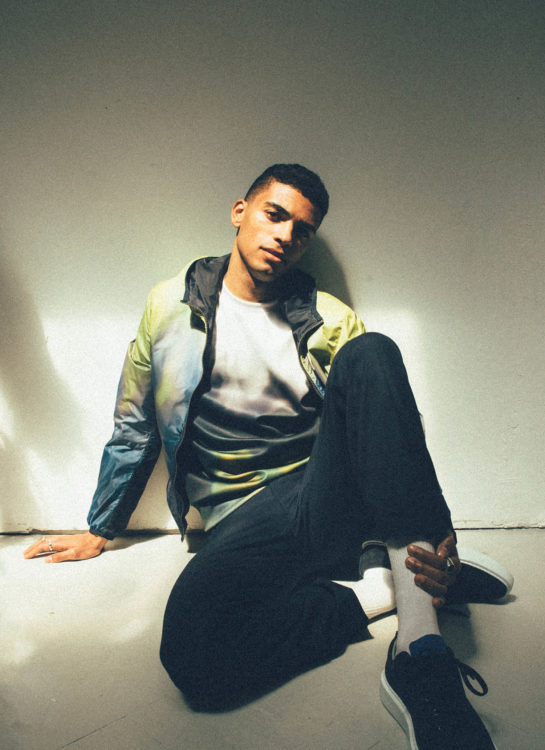 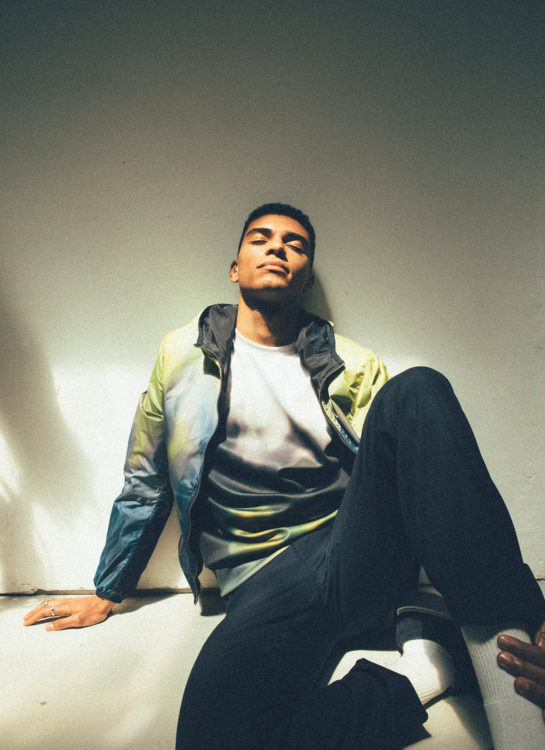 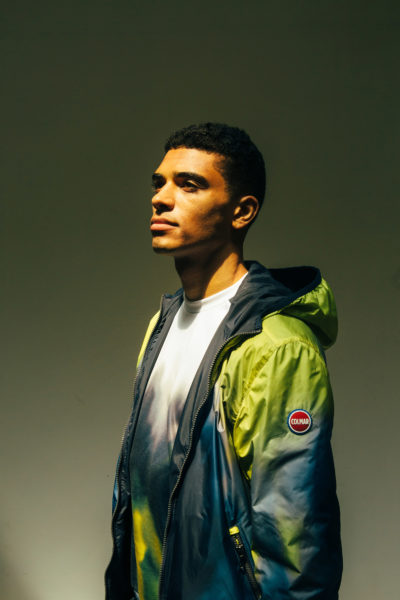 You’re like: I didn’t understand a word of that [grins].

So in terms of secret skills, I guess that it’s not that secret anymore. 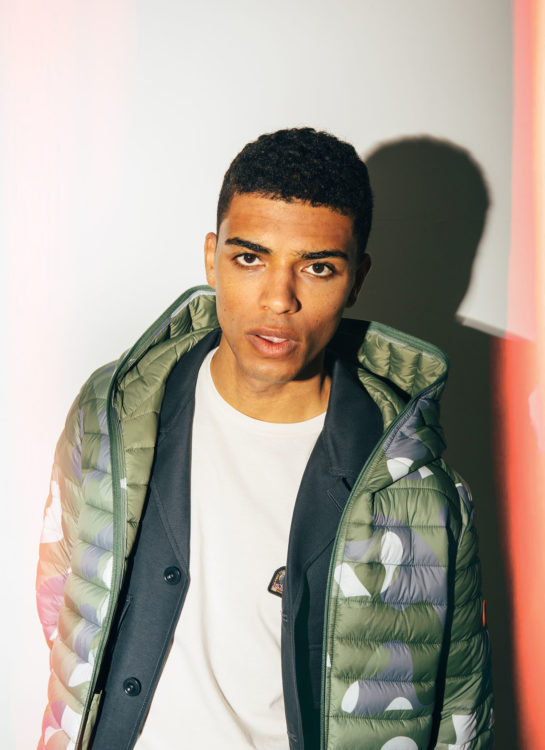 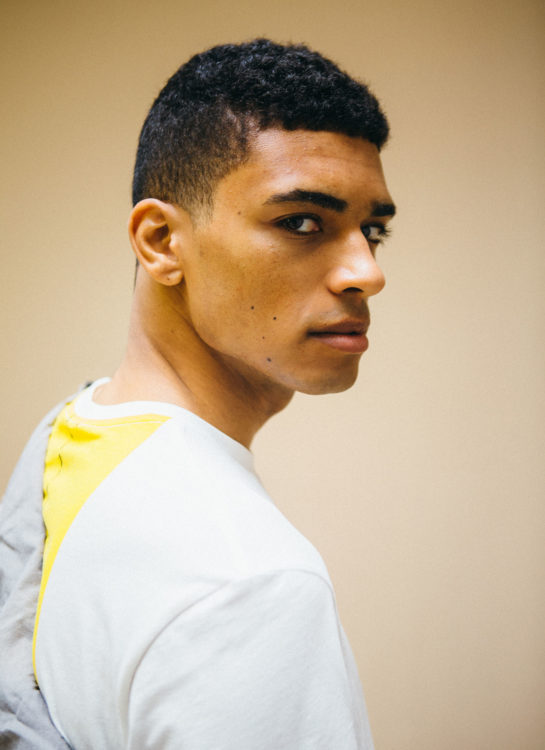 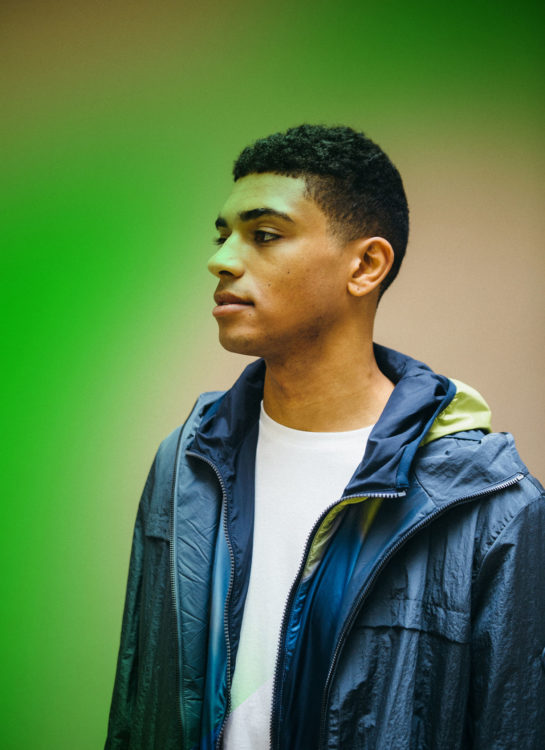 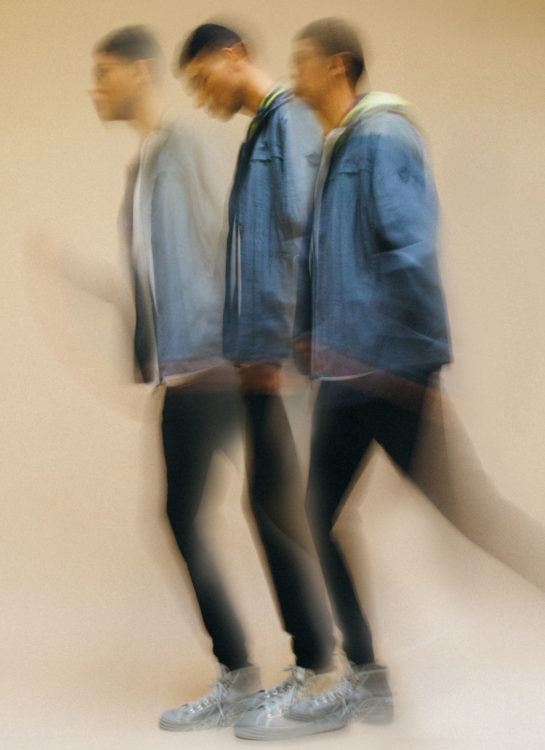