Jesse Royal is one of the most critical acts behind the modern movement of reggae. No conversation can be had with the mention of him and all that he does for his community. Releasing his sophomore album ‘Royal’ today, Jesse has been on a path of manifesting greatness – delivering hit after hit of songs that resonate with his home, heart, and culture. His musical journey is built off the backbone of reggae, making it his mission to incorporate sounds of hip-hop, jazz, afrobeats, and dancehall to inspire his fans to push every boundary possible when fighting for what they love.

Using his platform to bring a strong sense of value to those who appreciate the sounds of Jamaica, Jesse cites his life, marijuana, his daughters, and Blackness as his main inspirations. Undeniably, he is one of the most potent voices in reggae that this generation has to offer. We caught up with him via Zoom in Miami upon releasing his candid second album to discuss spirituality, life as a Rastafari, the Reggae revival movement and more.

Born in the spring of 1989 in St James Parish, Jamaica, to a Maroon ancestry and Rasta faith family, Jesse David Leroi Grey always knew that music would be his destiny. Spending his early years being mentored by the late Jamaican record producer Fatis Burrell, Jesse became friends with Daniel Bambata Marley, son of reggae artist Ziggy Marley. Thus, his journey into being the man he is today began. Since then, not only has he gone on to be the face of a movement that gained popularity, he’s also gone on to collaborate with the likes of Sean Paul, Steve Aoki, Damian Marley, and Major Lazer. 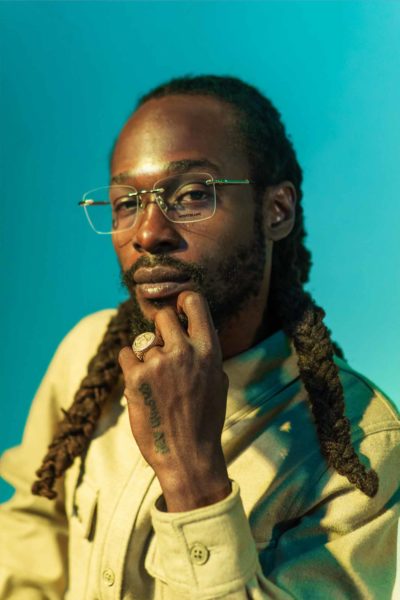 His latest single, “Rich Forever” featuring Vybz Kartel, is all about being a reminder of the internal strength and mental fortitude human beings possess. Describing the single as a healthy discussion about the restoration of our royalty, reclaiming our dignity as Black people whilst remaining loyal to his fellow brothers, he tells me, “the message of ‘Rich Forever’ is a direct conversation to my community. I wasn’t necessarily concerned about how anybody else would feel. The single was a reminder to my people of who we are and what we can do. We can tell our history the right way and tell modern society the reality of everything happening around us. Everything is African – we as Black people are the soul of the world, and I need to convey this message”.

“We are and remain as the richest nation on Earth, but one of the poorest races, and they have continued to force us to identify with labels put on us by oppressors. They have continuously pushed that we were former slaves in our faces but don’t speak about the fact that we’ve been fighting for freedom and are still fighting for freedom and equal rights. We’re always the ‘lower end’ trying to get up to their level. Rich Forever is a reminder that we are the highest, we are the first civilisation on Earth, we make and have made the rest of the world rich. No company in the world has gotten rich without some involvement of Africa, meaning that we are the resource resources”.

Collaborating with the world boss himself, Vybz Kartel, Jesse speaks highly of his ethic and perspective of how he approaches music for the second time. “To me, he is very inspirational. When we started developing the song’s concept, I realised that there was only one person who could speak to the community, and that was him. He is probably the most lyrical genius to come out of our culture in the last two decades. So for me, the opportunity to work with someone so revolutionary and inspirational in our time means so much. Hopefully, we continue to work with each other in the future because he’s somebody I have a high level of respect for”. 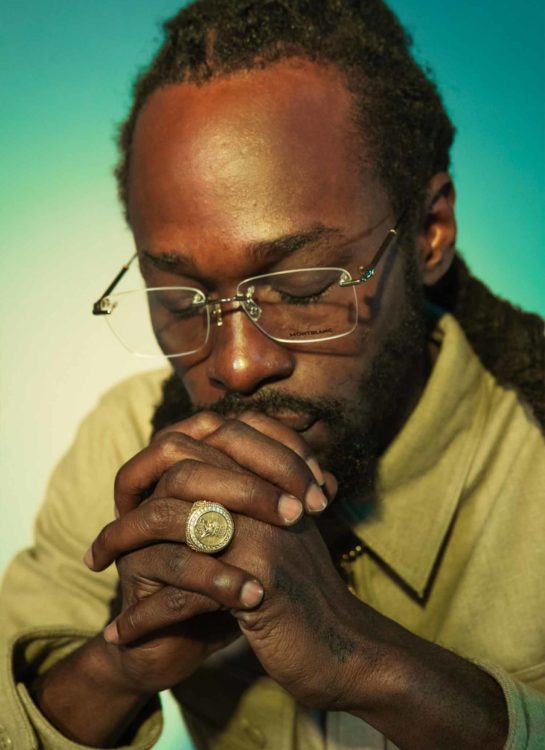 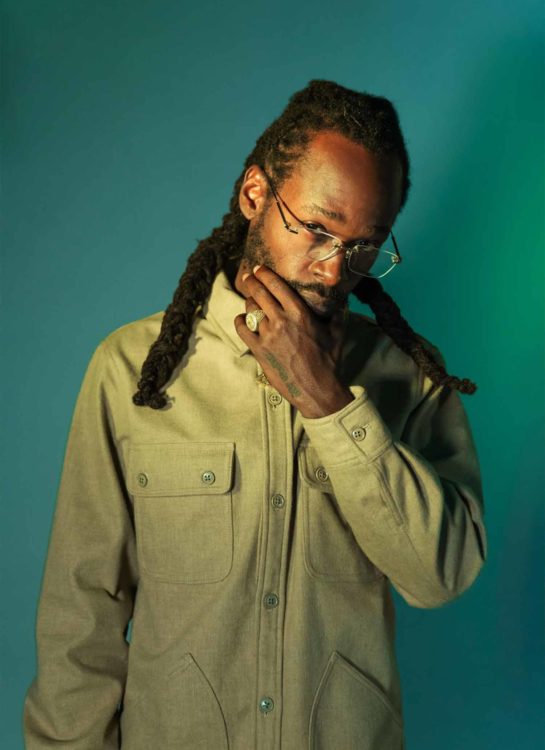 But – it’s not just Vybz Kartel that fans will hear on Royal. Working alongside the likes of Stonebwoy, Kumar and Protoje, Jesse describes his experience of working with artists who not only does he refer to as friends but family as one that was unforgettable. “Everybody featured on the album was a deliberate choice. I could have had anybody, but I chose these people in particular because I felt like they could help me enhance as well as help transmit the conversation that I was trying to have with these songs.

Naming his sophomore album ‘Royal’, the title shares a deep connection between himself, his surname and how he views the people in his life. “I’m in an interesting time in my life. I have two daughters; I’m working with different entities, I’m embracing new rules while still learning about myself day-by-day – that’s why I called it ‘royal’. It is a stripped-down version of me presenting to the world in a very organic but holistic package. I am royal; my daughters are royal, my fellow brothers and sisters are royal. We are all kings and queens, and I want to make sure that message is shared loud and proudly”.

When asked about what his fans can expect from the album as well as what excites him the most about the release, he tells me, “Fans can expect this to be my most vulnerable project yet. Everyone involved understood the concepts, experiences and ideas that we’re going through and put that all in the music. It’s a mixture of the conscious thing, reggae, love, positive vibrations, betrayal, trust, deep conversations, friendships – all of that. I talk about my relationship with my daughters and that my first daughter and I live in two different places in the world. I talk about the relationships developed during this time and the natural questions that she will have for me in the future.” 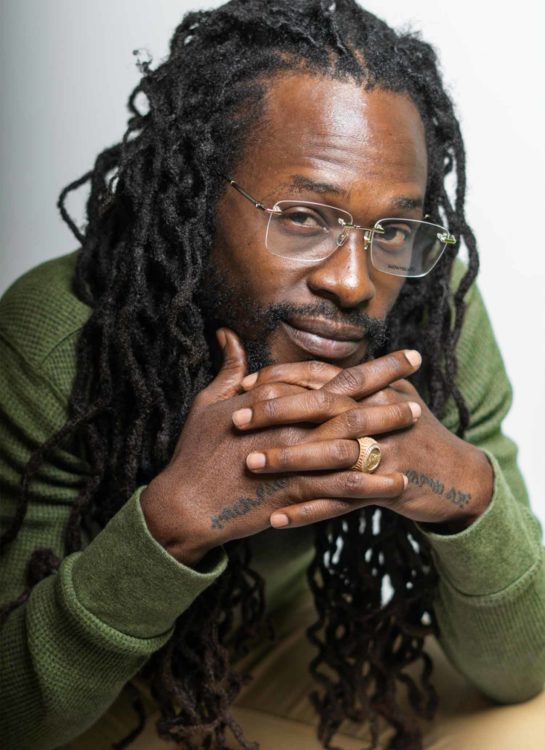 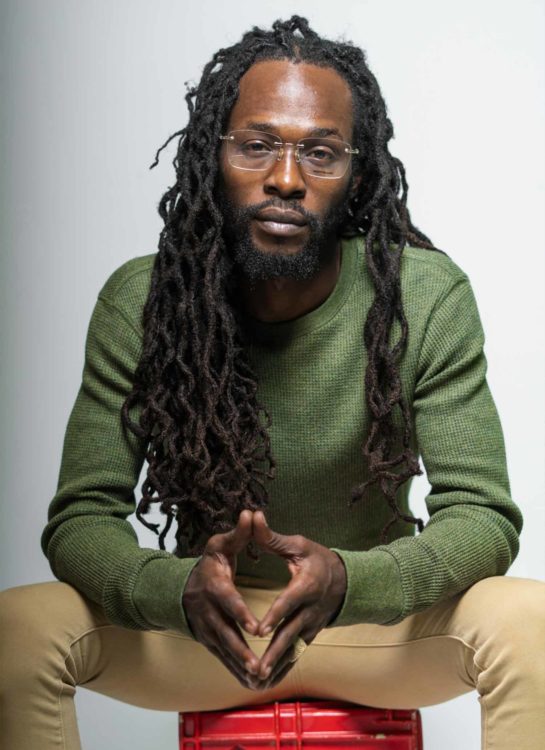 2017 was an important year for Jesse. Not only did he release his debut album Lily of da Valley – a beautiful body of work that fully emerged him as one of this generation’s most powerful and influential voices in reggae that topped the Billboard reggae charts. The 14-track album was a massive leap forward for Jesse. Using the album to keep the authentic sound of reggae alive but be one of the faces fronting the Reggae Revival movement that saw the new faces of millennial musicians, including Jah9, Kabaka Pyramid, Chronixx and Protoje, help continue the shift in Jamaica’s music culture by repopularising the genre.

When asked about the importance of being a part of the movement and what it means to his culture, he tells me, “The elders before us did so much work, and I feel like we need to take the baton and move it further. It’s a continuous cycle. The kids right now have Kendrick Lamar, but before he came Tupac – that continuation is important in reaching and ensuring that the bridge is always paved. Reggae is one of the only genres in a world dedicated to truth; our music is one of the most important parts of musical history. It is important for this conversation to always be a part of the youth because the youth is what’s keeping the world spinning. It’s more than just a privilege to sing reggae music. It’s a duty. This is not about getting rich; it’s about ensuring that the people know the message and know themselves to continue to move in a way that benefits our society and how humans treat humans. Reggae music talks about equal rights and wanting that for our people. We live by the saying, “Get up, stand up, stand up for your rights!”. 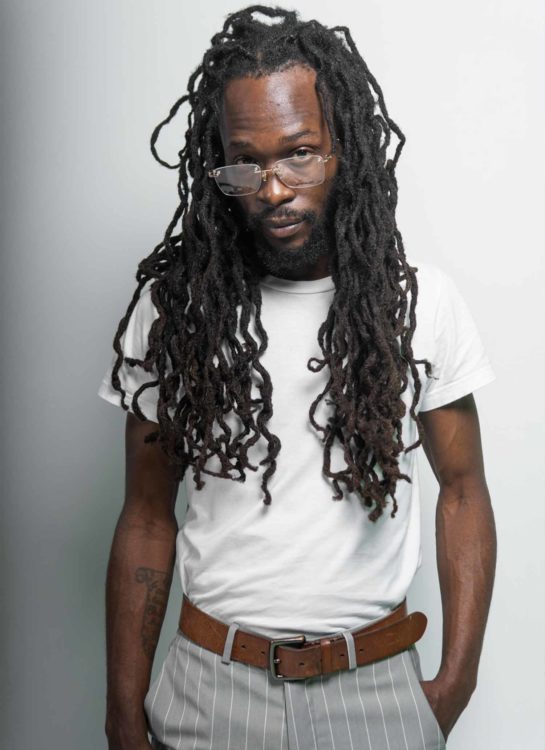 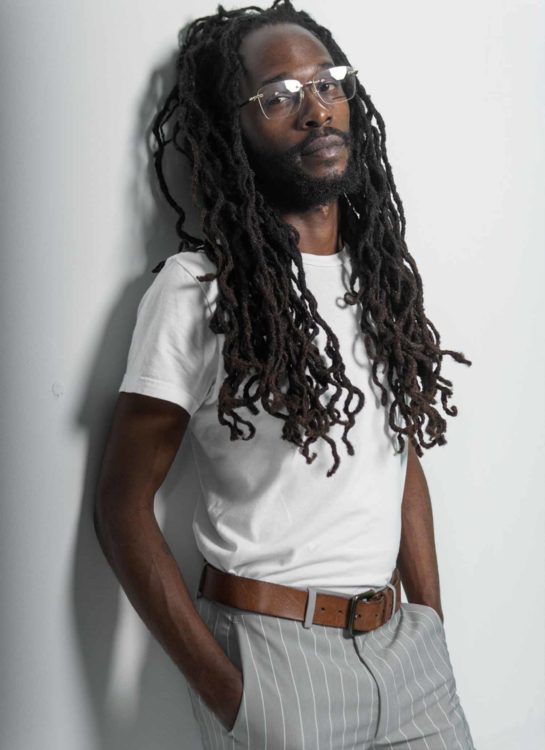 As a Rastafari, Jesse is a high believer in his spirituality, playing a big part in who he is today. “My spirituality without a shadow of doubt comes from the knowledge and understanding of being a Rastafari. It was my gateway to life. I had no idea that I wasn’t living before I got the consciousness of Rastafari, and then you start seeing the beauty in things that you used to overlook, and you start understanding how you will fit in, in the bigger picture. You start seeing yourself; you start identifying as a king, as a former slave. So my spirituality is deeply rooted in the consciousness of Rastafari and understanding that it’s a never-ending search”.

“There’s a very profound respect for this thing that we call life, that brings on the questions that we ask, the answers we get, how we move, how we fall in love and how we care for people and things. So my whole perspective of being spiritual understands yourself as bigger than the flesh and bone you see. I understand that there are other things and ways that people find peace of mind, and we mustn’t knock anybody’s path to peace because there’s no correct way to say the peace that comes through the consciousness of understanding is where we fit in”. 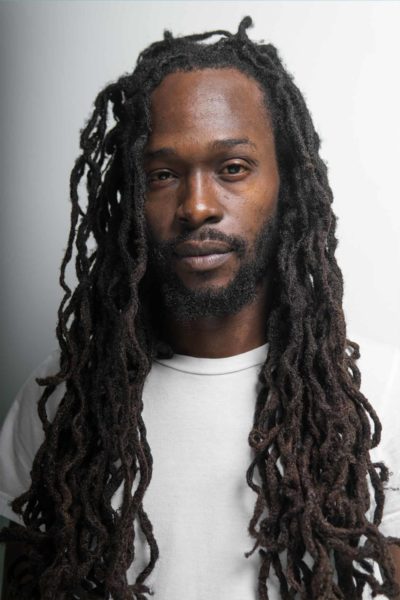 Despite the world coming to a halt in the past year because of the Coronavirus and lockdown, Jesse has remained consistent with making music, delivering some exceptional singles this year – from Natty Dread to Dirty Money. However, his creative process during this time has adjusted dramatically, altering how he approaches creating music. “In terms of the medium and still finding ways and means of connecting with individuals and sharing ideas, it was an interesting moment. The music was still created the same, but the process was different. There was a lot of sending stuff around, which I think all artists were used to, but because we couldn’t physically be around each other, it was a struggle. We understand as musicians that music has to be sold; we’re not here trying to focus on selling music, though – we are just trying to be true to art because art in itself is a priceless thing. After all, it never dies”.

No one is more excited for his journey than himself, and with the world finally going back to the way it was before, Jesse tells how he’s looking to spend the rest of the year. “I’ll 100% be hitting the road, doing some touring throughout the states. I’ll still be in Jamaica working, kickstarting corporate projects doing a Digicel foundation to do some work on the Haile Selassie High School in Jamaica. We’re focusing on renovating rooms and spaces and making our presence known amongst the youth. Outside of that, I want to embrace right now – this is an important time for the world, and I want to take it all in and live in the moment”.