Jessie Murph seems wise beyond her age. Courageous in her ability to tap into viscerally raw emotions for her art, Jessie’s lyrical matter is unflinching in its vulnerability and honesty. Touching on everything from heartbreak, her own struggles with mental health to her strained relationship with family, Jessie’s uniquely powerful vocals deliver an emotion that suggests a life lived beyond her seventeen years.

Although she was signed at only sixteen, Jessie is far from naïve. As a young woman in the industry, Jessie already possesses an air of gravity when it comes to which direction she envisages taking her sound. However, her love affair with music goes back long before she signed her name on a contract. Coming from a musical family in Alabama, Jessie has been penning tracks and playing multiple instruments since she was a child. It seems for her, music has always been the only option.

After moving cities and facing criticism for posting TikToks in a closeminded community, Jessie pushed forward, ignoring the noise and staying adamant in trusting her process. With over seven million followers on the platform to date, there has to be something serendipitous about proving her doubters wrong. 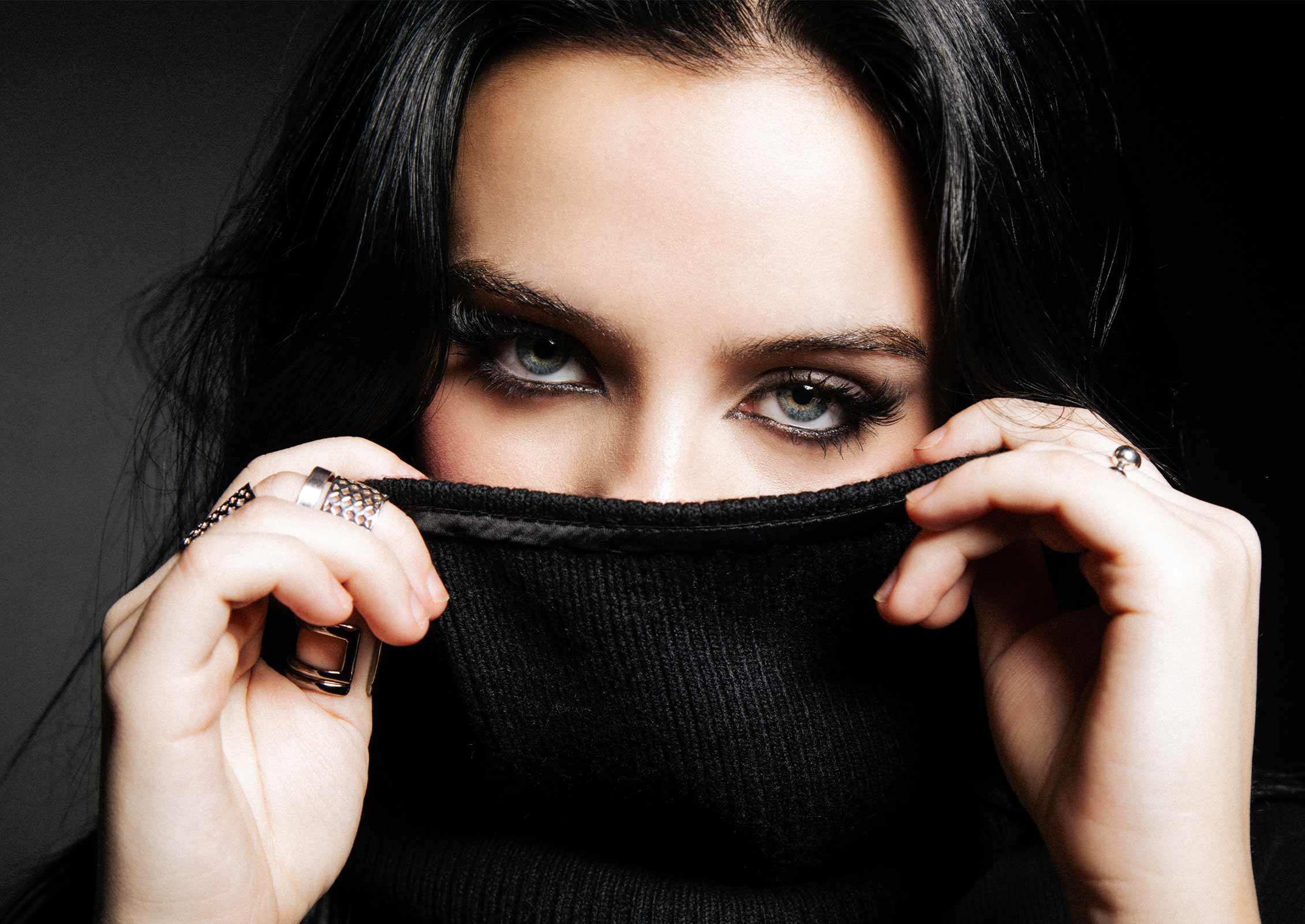 Her latest track “I Would’ve” tracks the pain of loving someone unconditionally and not having that energy matched. “No matter the circumstances, no matter how hard it was, I would have stuck with it, you know?” Jessie explains. It’s been a long time coming. After teasing the single on her TikTok for months, “I Would’ve” adds to her already impressive roster of heartfelt belters.

To celebrate the release, Jessie chats to Notion about the inevitability of her path, what message she’s trying to deliver to her fans and her ambition of selling out arenas one day. From the looks of her success so far, that dream doesn’t seem too far from reality. 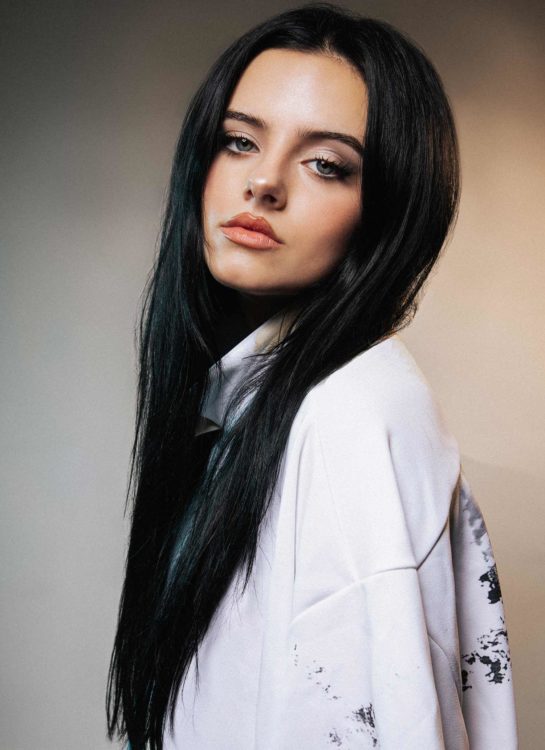 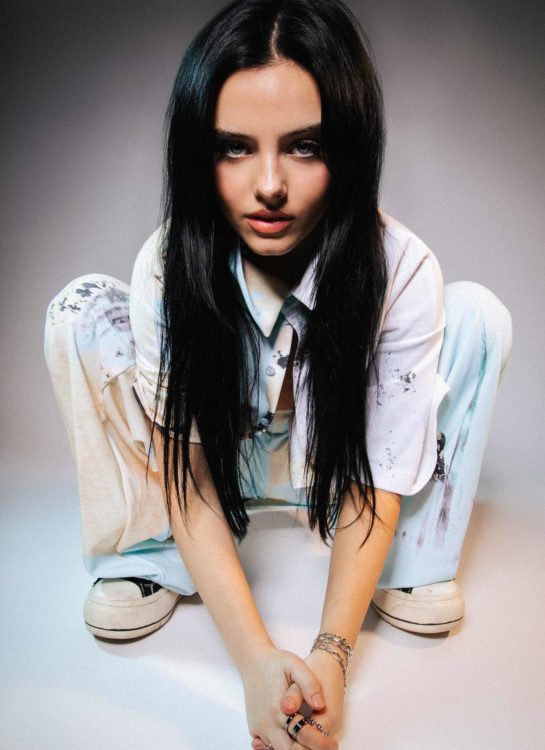 Congratulations on your new single “Pray”. How has the response been so far?

Honestly, it’s been really comforting. I did write it about such an intense subject, but so many people relate. It’s just been kind of crazy. A little overwhelming, but in a good way.

The lyrics are so raw and touch on quite personal topics. Does it come easily to you to be vulnerable through your music? Do you see it as an outlet? Or do you have to dig deeper within yourself to reach that vulnerability?

It’s 100% an outlet. That’s what I love about music most is that I can say stuff that I wouldn’t just go and tell people.  I actually feel like that’s part of what first drew me to songwriting when I was younger.  I just wrote down how I was feeling or what I was experiencing, and it was such a therapeutic release for me I just kept doing it and then it turned into music.

Can you tell us about the music video? How was it shooting it and what was the inspiration behind it?

Well, I wanted to do a bridge because I felt like it kind of coincided with the theme. It was kind of crazy shooting it though because there was a random blizzard that happened. It started blizzarding and we had to drive home in the middle of the night in the snow. So, it was crazy, but it was so fun.

And your next track “I Would’ve” is out in May. Can you talk me through that track? Are you excited to release it?

I’m so excited to release that one. I feel like I’ve been teasing it forever. I’ve been teasing it for so long I think people are starting to get mad. *laughs* I wrote that one about a relationship that I was just so in – it was a first love type deal. No matter the circumstances, no matter how hard it was, I would have stuck with it, you know? And then the person gave up and it was just like… damn.

I’m sure a lot of people can relate to that. You also have the music video coming out, can you tell us about it?

For the “Always Been You” music video, I walk into a store and then I get arrested. So, the “I Would’ve” video shows why I got arrested. It’s a prequel! It’s kind of hard to explain, because we’re going to have another prequel before that one *laughs*. But it has the boyfriend in it and we’re in a car wreck and… I’ll leave the rest as a surprise.

You have such a strong fan base on TikTok and YouTube. What kind of message are you hoping to portray to them through your music?

I mean honestly, I’m not trying to portray a message other than just be yourself.  I feel like I’ve been through so much in my life where people didn’t approve of what I wore or what I said or what I posted so I know first hand how shitty that feels and I just never want anybody else to have to go through that.  Even if it seems like you’re alone or nobody around you supports you for who you are, I just want my fans to know that there are people out there who love them for who they are. Like I literally love all of my fans so much.

You can play guitar, piano and the ukulele. What are some of your first memories of making music? Did you always know you wanted to be a musical artist?

I always knew I wanted to do it from a very little age. I grew up, especially when I was younger, I grew up in a chaotic household. There was a lot going on. And I just remember using music to kind of get me out of that craziness. And yeah, I think that’s kind of how it started. And I was like, wow, I actually want to do this as a career. I knew that from about six or seven.

Do you remember what the first song you wrote was or what it was about?

I really don’t remember exactly what it was about, but I kind of remember it. Like I said, I grew up in a chaotic household. So, I would just write about that type of stuff. And like, my parents’ relationships. I’ve always loved writing breakup songs. 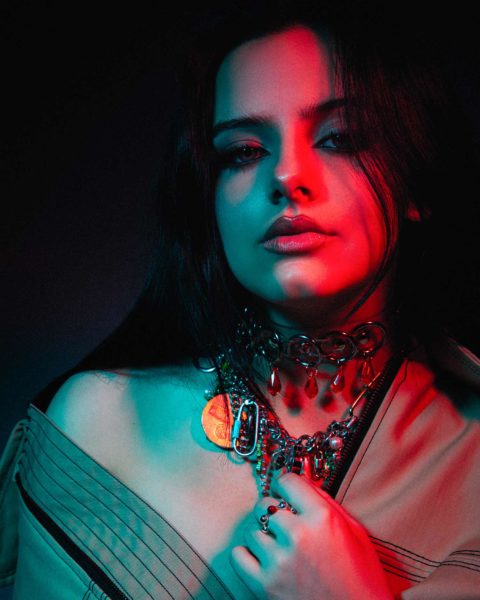 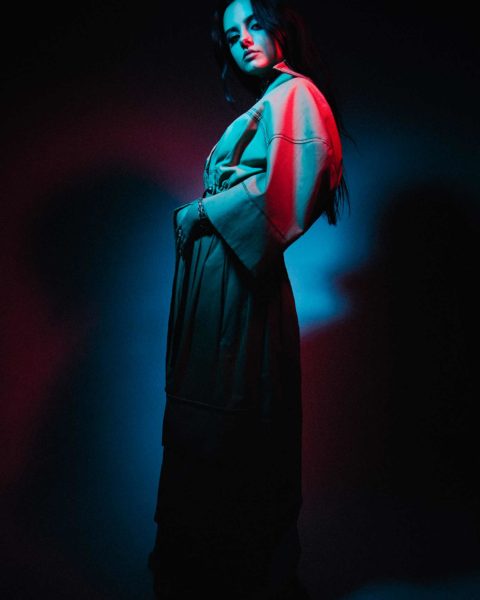 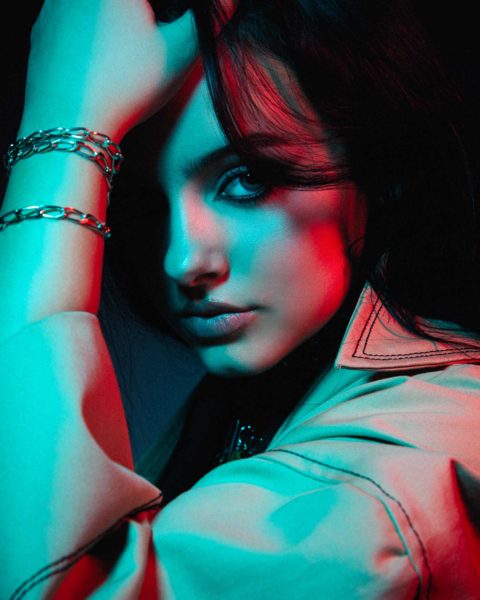 Were your parents musical? Who were some musical influences you had growing up and who inspires you now?

Yeah, I grew up in a super musical family, everybody sings, and everybody plays pretty much. I feel like Adele still inspires me all the time. But then I also listened to a lot of hip hop. And those two combined I feel like are what influences my music taste. So, like Adele vibes and I love country too!

You mentioned you grew up in Alabama, but you moved to Athens. Did that provide musical inspiration for you?

I mean, it wasn’t much of a big change. Everybody thinks its Georgia, but it was actually a small town in Alabama called Athens.

You started posting TikTok’s and received backlash from your community. A few years later, you now have over 7 million followers. How does it feel to have persisted and proven those people wrong?

It feels good as fuck and I’m very happy. But also, not even just to prove them wrong. It’s to show them that they can do that shit too. Anybody can do it, no matter where you’re from, as long as you have a phone!

You got signed as such a young age at 16. Being such a young woman in the industry, how do you make sure your voice and creative vision is really heard and honoured?

Honestly, TikTok plays a huge role in it. Because me being like, ‘I have a vision. This is what I want to sound like, this is what I want to write about.’ Being able to put it on TikTok, and so many people resonating with it, kind of is all the validation people need to be like, ‘Oh, shit, this works. And people like this and people resonate.’ You’ve got to prove yourself a little bit. But yeah, it’s been pretty good so far.

You’re going on tour with Sasha Sloane this summer. Are you excited about that? And what can we expect from a Jessie Murph show?

I’m beyond excited. Honestly, you can expect a lot of sad songs. That’s probably expected! Performing is my favourite part of this whole thing. By far. It just makes me feel alive.

Do you have a favourite place you have already performed? And any dream places you would like to perform?

Well, I just recently came to London for the first time ever. It was incredible! Let me just say, I’m obsessed with London. That has to be my favourite place that I have performed so far. For sure.

Do you have a vision of where you want to take your sound next?

I feel like I have a very clear vision sonically of what I want to be like, kind of coinciding with what I already have out. I love big choruses, like the Adele moments, but I also love hip hop verses and I’m really just working on intertwining those with a dark element around it. At times, I want to step more into the hip hop lane and then back into almost the country thing. I want to go back and forth between those two for now with a dark twist.

You’ve done so many things at a young age already. What are some of your long-term aspirations? Where do you see yourself going?

I want to sell out arenas one day and just play for as many people as possible. I want to do this as long as I can. I love it and I just can’t imagine doing anything else with my life. There is no plan B for me. 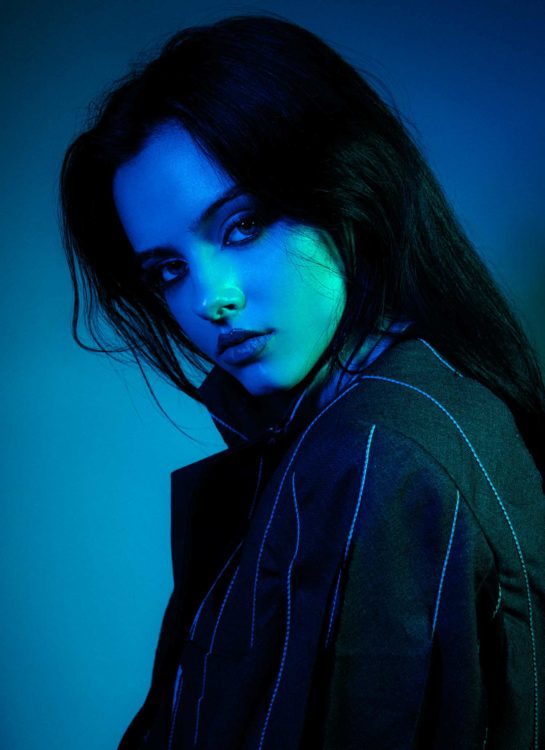 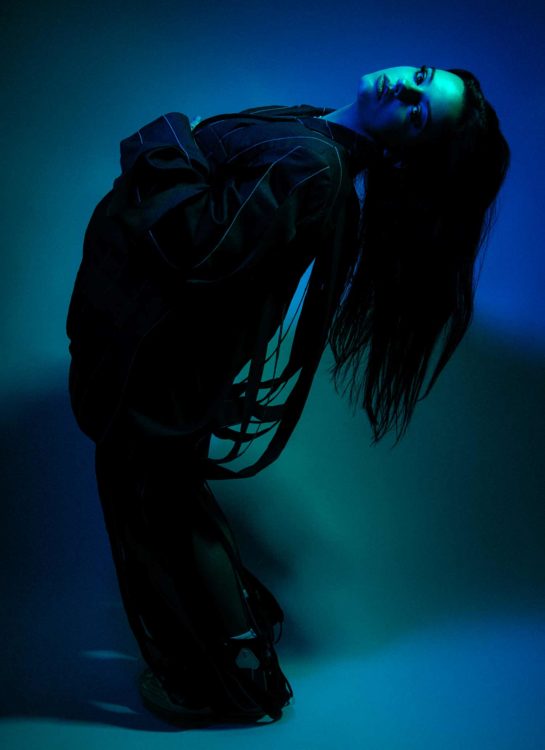 Watch "I Would've" below: