Since bursting onto the UK scene in 2018, Jimothy Lacoste has raised eyebrows with his inimitable fashion and musical style. Releases including “Finna Glow,” “I Can Speak Spanish,” and “Future Bae” have accrued hundreds of thousands of YouTube views, and earned him the approval from names such as Stormzy, Giggs, and MistaJam.

Throughout his career, Jimothy has divided opinion. People have claimed that they don’t really get what Jimothy is all about. But after chatting to the Londoner, who mentions that “if people get me, they get me,” it’s clear Jimothy holds no qualms over what some people may think about him and instead focuses on being himself in every possible sense.

Whether it’s his strictly regimented diet, his peculiar sleeping routines, or his dressing casual / dressing like a millionaire sense of style, Jimothy is a playful, eclectic and enigmatic character. Open-mindedness is prevalent throughout Jimothy’s lifestyle and his music captures and embodies this essence in abundance. 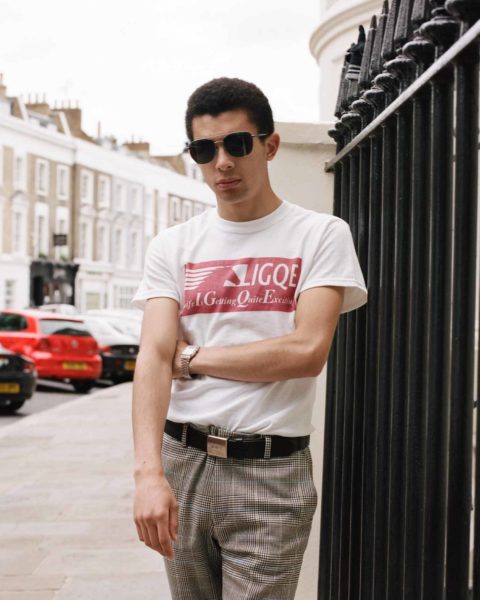 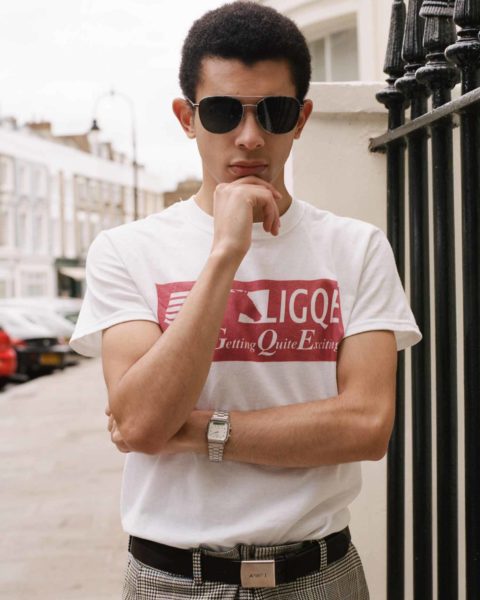 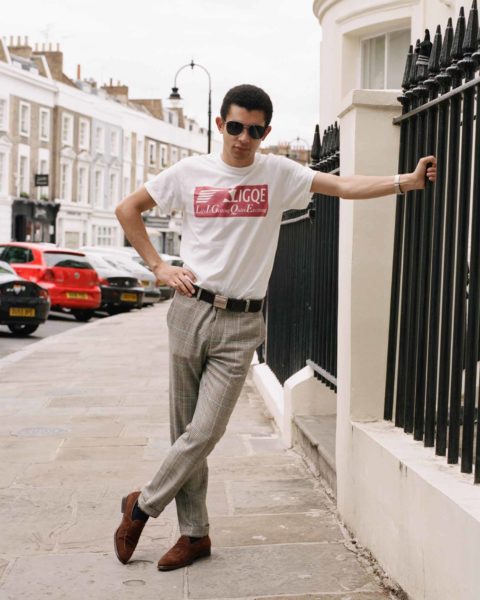 His latest single, “Getting Acid,” invites listeners to “let your brain breathe,” through a slow, rolling journey through Jimothy’s mind, while the track’s accompanying hand-drawn music video vividly resembles the disembodied feeling of an LSD trip.

Now, Jimothy is set to begin a new chapter in his career with the upcoming release of his debut album which draws together some of his biggest releases alongside some new, unheard material. Things are looking up for Jimothy at the moment. In fact, you could say that his “life is getting quite exciting”…

How have you been finding lockdown?

It’s been stressful but relaxing. I wasn’t feeling very creative to begin with but now that more time has passed by I’ve started to get more creative, you know.

You recently posted on social media about the devastating effects that racism has had on both you and your family for many years. In light of recent events such as the BLM movement, do you feel that now is the time for people to come together and instigate real change towards racism?

You’re renowned for your “dressing casual / dressing like a millionaire” sense of style. For you, are music and fashion inextricably linked with one another?

Yeah, I think it’s very important. For me, clothes definitely compliment certain sounds and songs sometimes. Especially for music videos, I’m like, “for this song, I’ll wear this outfit.” I also find that if I meet an artist and they’ve got a sense of style, then their music tends to be really good as well. 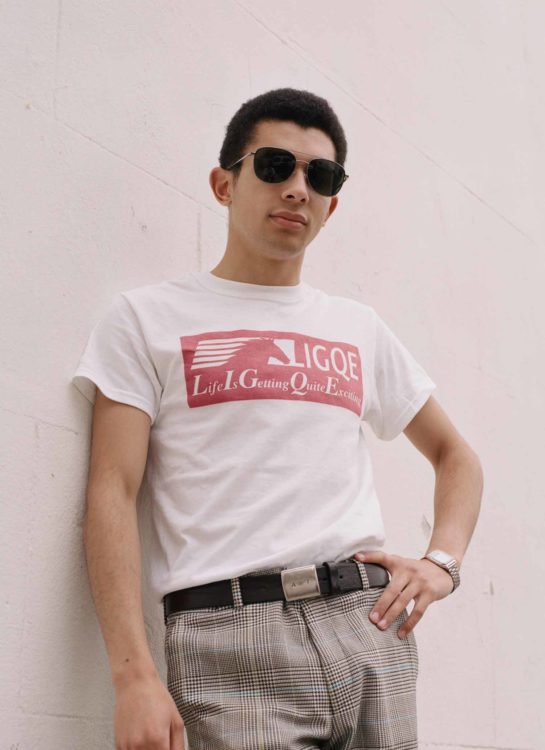 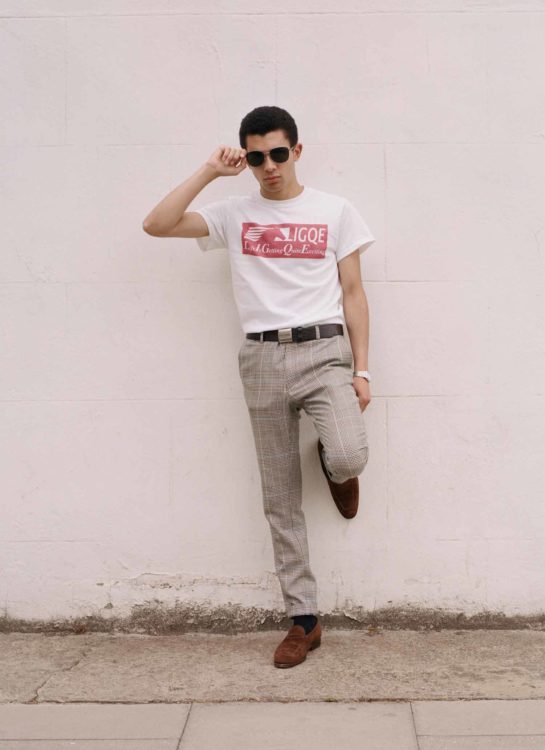 Do you feel that people often overlook your abilities as an artist/producer because they don’t “get” you?

I feel like that’s definitely a thing; it probably always will be but that’s cool. At the end of the day, if people get me, they get me.

Would you say that your dyslexia has positively impacted your music career?

100%. I feel like my dyslexia has given me an open mind and within that open mind it’s allowed me to create music. The older I’m getting, the more I’m realising how it’s opened a door which allows me to make and write my own music.

Your latest single is titled “Getting Acid”. Was the track inspired by an acid trip you had yourself?

You know, inspirations come from so many different things. Truthfully, sometimes I’ll walk down the road and I’ll be eating healthy, wearing a nice outfit, listening to nice music, and I’ll feel like I’m on an acid trip. So really, the message it’s saying to my fans is that my music has the power to put you in this kind of state, you know. Especially at my shows. 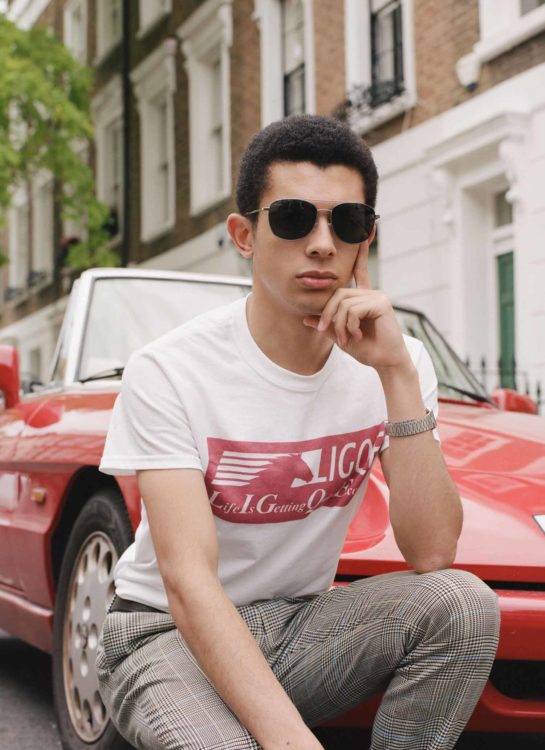 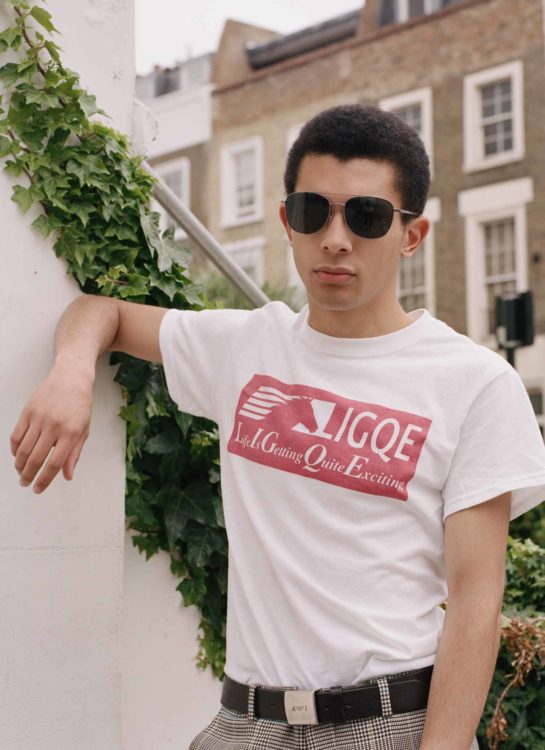 How did the idea for the music video for “Getting Acid” come about?

My boy William Harris directed the whole thing and encouraged me to do the video. I didn’t even want a video for it but he was like “this one needs it.” We made it like last year but it took such a while to put out obviously because of lockdown complications but also that it was all hand-drawn by an artist (Soo Hyun Namkoong). So, every scene must’ve taken about four hours to get done. I was really excited for it to eventually come out though, it was better to wait than it being rushed.

Are you worried that gigs may never be the same as they were pre-lockdown?

Yeah, I mean for a while I was thinking things would go back to normal again but it might be a long time till that happens again. I’ll think of some way to make my gigs work. I don’t like live streams though; I don’t think they really capture the feeling of the audience anywhere near as much seeing an artist live in person. It’s just not the same vibe.

You live your life by the LIGQE (Life is Getting Quite Exciting) motto. What advice would you give to other people looking to do the same?

In order to really follow that lifestyle or motto, it’s quite simple. Just do things that create excitement in your life. I’m gonna eat some nice food after this interview which is exciting, you know. Just basically put things into your life which are gonna excite you – it can be very small or big things. 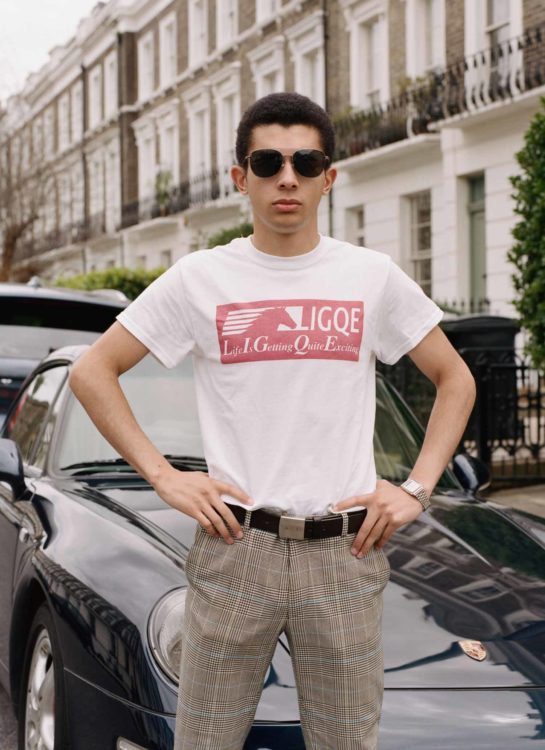 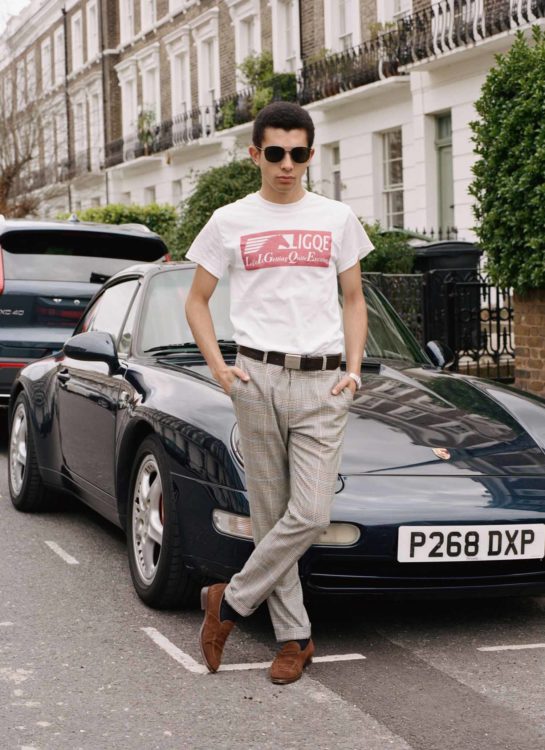 Finally, what can we expect from the release of your upcoming debut album?

You can expect a new chapter of Jimothy. There’s gonna be some old tracks on it and some new ones. I absolutely love it. It think it’s perfect to me and I’m very, very proud. I’m excited to get it out to people. I’d say that whether or not people wanna listen to it, be open-minded, you know.

Dive into Jimothy Lacoste's album below: