Hailing from Toronto, Johnny Orlando – singer, songwriter and actor – is in artist in every sense of the word. Having already established himself as one of the most exciting self-made pop singers of his generation, picking up awards including Pop Album of the Year at the 2021 JUNO Awards for his 2020 EP ‘It’s Never Really Over’, this summer saw a milestone moment for the 19-year-old: the release of his debut full-length album, ‘all the things that could go wrong’.

Over 11 tracks, including a standout feature from BENEE on “fun out of it” Johnny welcomes us into his world – unguarded, introspective and more vulnerable than ever. Documenting the highs, lows and let downs of growing up, he takes us seamlessly from melancholic moments and atmospheric sounds, to dreamy synths and cathartic bedroom pop. For an anxious, online generation, it’s the perfect record to pull us into the moment – whether that’s connecting with Johnny’s story and emotions, or our own.

Following the record’s release last month, we caught up with Johnny on everything this new era as an artist represents. 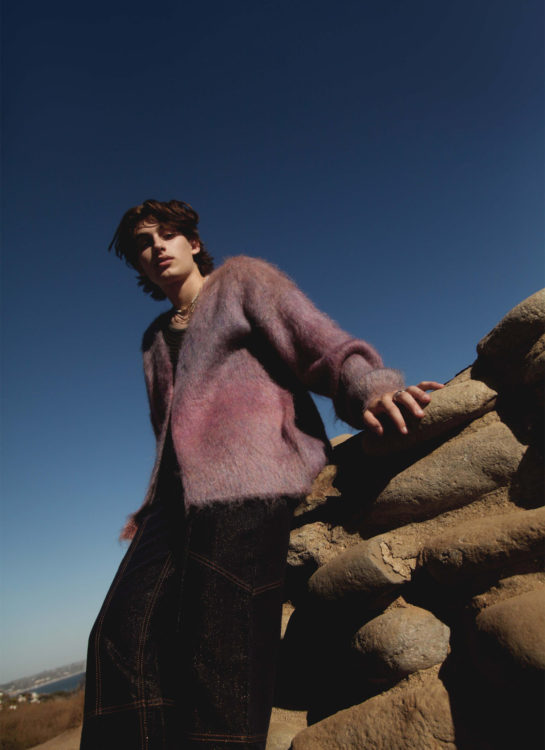 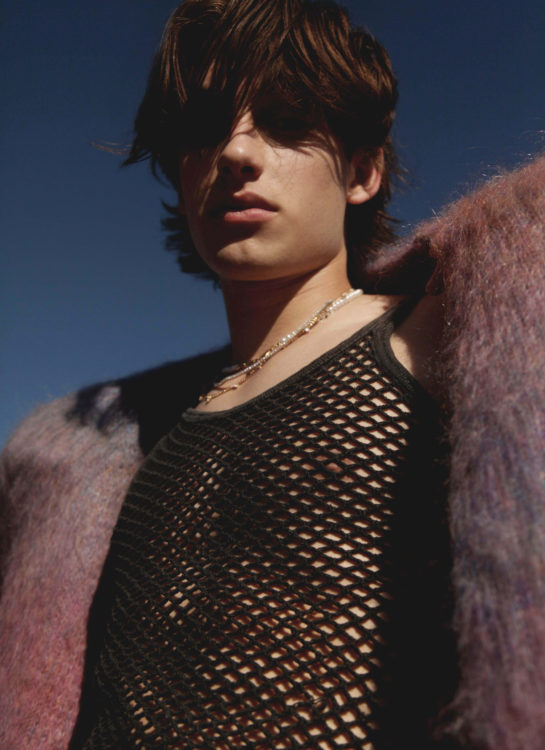 Congratulations on your debut album, ‘all the things that could go wrong’. Would you say this is the beginning of a new era for you as an artist?

Thank you so much, and yes. In a way this is always the era that I’ve been in, but haven’t really been able to achieve. I’ve been doing music for so long that now that I know what I want things to sound like, and more importantly, I know how to tell a producer that. There was a long time where I just wasn’t confident enough in my ideas to speak up. Everyone was always so much older than me and it all seemed so scary, but as I get older I realise that nobody really knows what they’re doing, so you might as well say your piece.

Covering issues like anxiety, relationships and the pressures of social media, is it safe to say this album is your most personal work to date?

Definitely. I’ve gotten a little personal before, but this album talks about things that I’m not even comfortable talking to my friends about. The last song on the project is literally about my biggest fear in my relationship which is something I don’t think I’ve ever had a conversation about outside of that session. 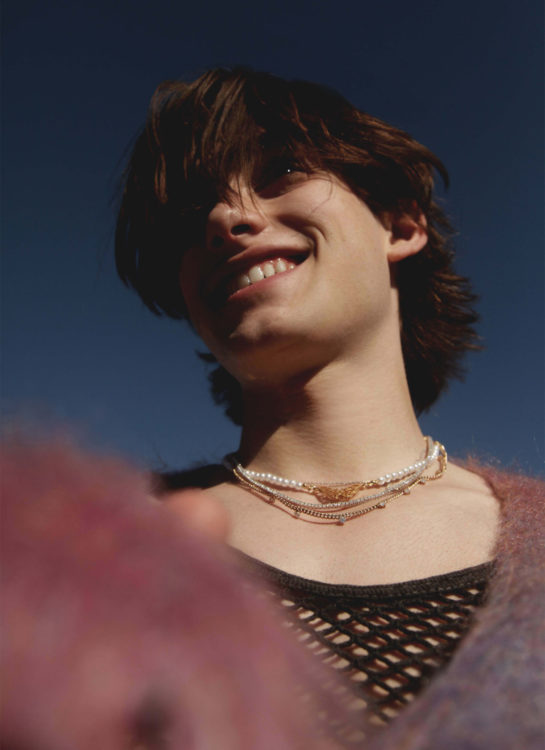 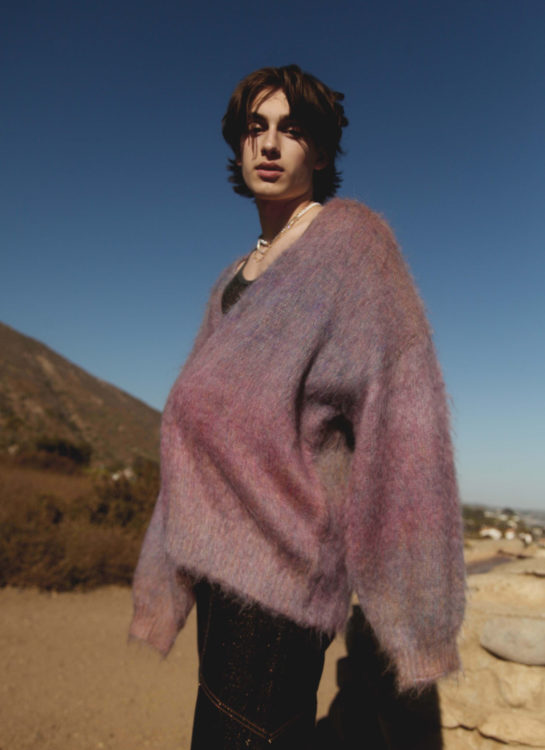 How has your sound evolved since your last project?

It’s all just more me. Its really hard for me to quantify how much of a certain style is in the new stuff vs. the old stuff. Maybe if ‘fine line’ had a baby with ‘my beautiful dark twisted fantasy’ and it created a pop album.

You’ve been working on this album for a year and a half – talk us through your creative process.

My creative process is like 10% well thought out and 90% just doing what feels right. You can’t plan a melody, you just kinda have to do it. A lot of times I just get on the mic and I start free styling melodies and seeing where it takes us. Usually a few words come out of that that we can use as concept (or someone thought of one already) and from there I just try to relate it back to something I’m going through. 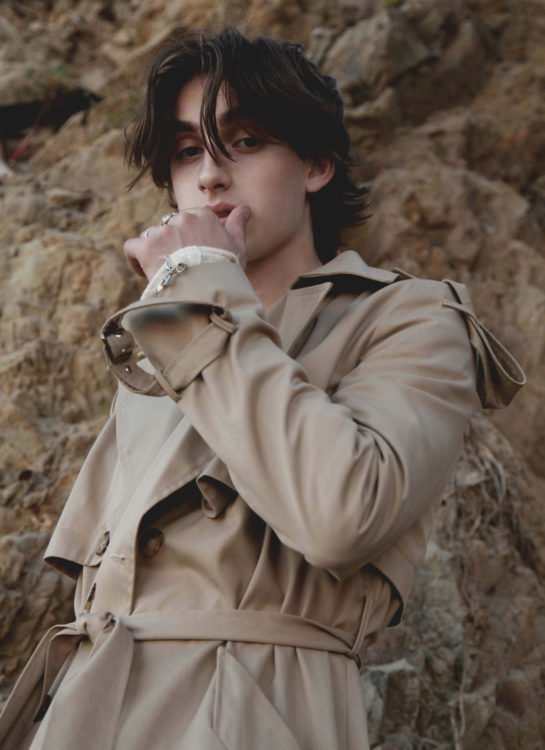 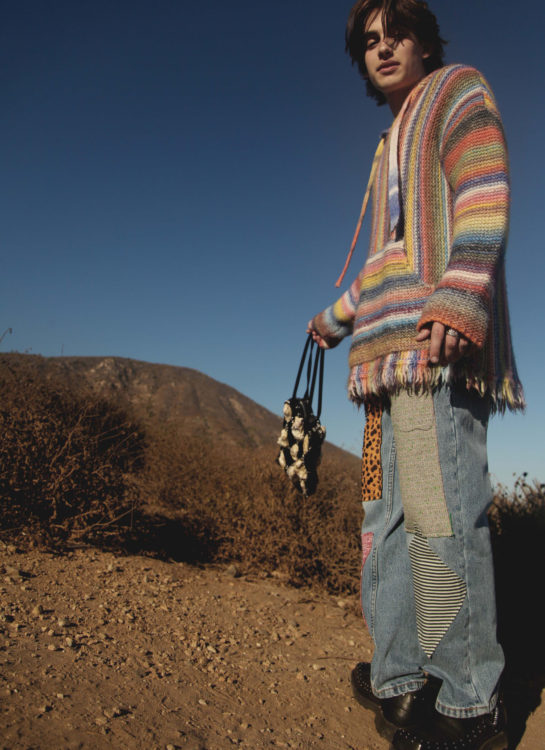 How was it filming the music video for your single “blur”? What inspired the visuals?

The visuals were completely conceptualized by the director Iris Kim, and were a continuation of the story that we developed for the “someone will love you better” video. It’s always an awesome time with Iris and her team they really make the day fly by and it feels like I’m just hanging out with friends rather than working.

Tell us about your musical journey – what was the moment you knew you needed to pursue music as a career?

It’s really hard to say, and also really hard to condense everything because I’ve been doing music for 11 years, but for the most part its just been little by little. We just have always taken things a day at a time and approached every day as a new opportunity to grow a little bit more. I knew I wanted to do music as a career when I was probably 12 or 13. When I got my first paycheck from something music related it kind of clicked and I was like holy shit, I really love doing this AND I can make it my job. It’s still never been about the money because in music the minute you start forcing things in order to make money, people figure it out and you stop making money. It just takes all of the fun out of it. 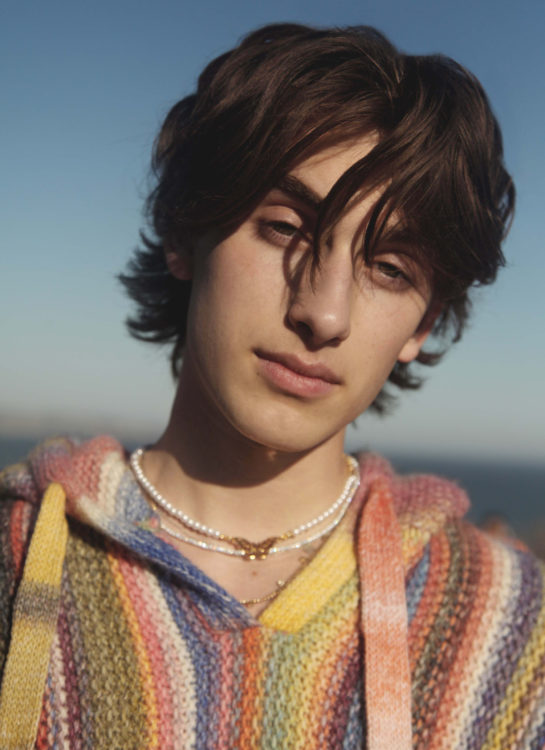 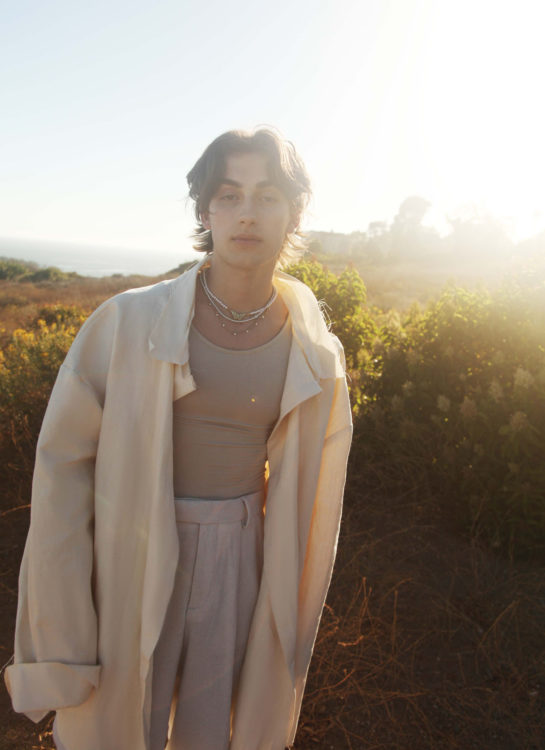 You had a huge show in Mexico back in July. What can we expect from a Johnny Orlando gig?

That show happened a couple days ago as I’m writing this and it was an incredible success. It was maybe the craziest show I’ve ever played in my life. I swear there’s no better feeling than playing for people for the first time, and that was the first show I’ve ever done in Mexico. I used to do the whole dancing and singing thing but its really just not for me. Now I just kind of get up there with my boys playing behind me and just do whatever I feel like. I’m just so fired up when I get up there that I’m not really thinking about anything in particular. My favourite shows are ones where you can tell that the person is having a good time and also didn’t choreograph every step. I just have fun. 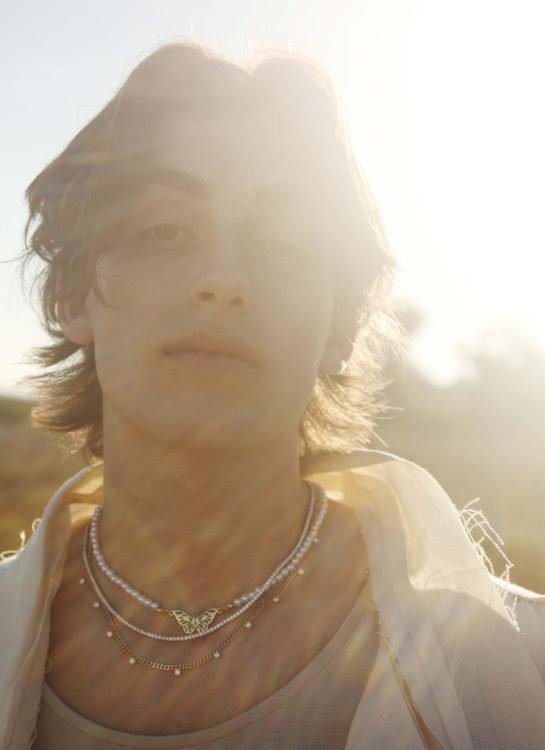 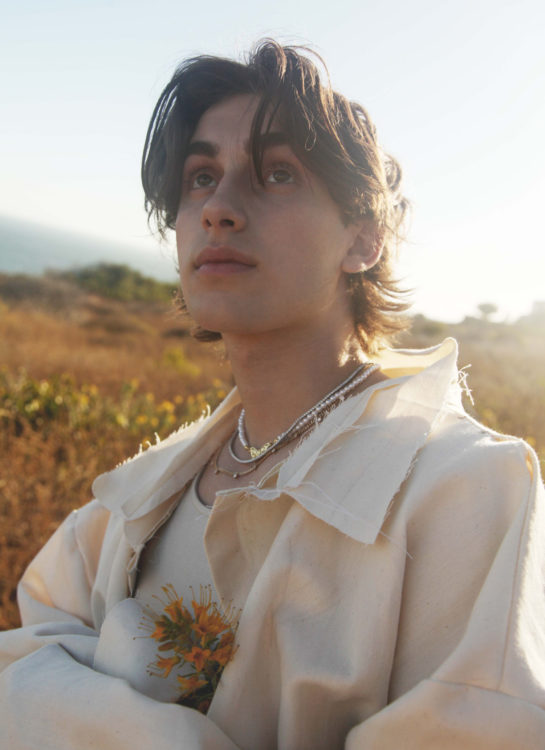 “someone will love you better” is about my girlfriend’s brother’s relationship, but I’m singing as if it’s me, while I’m in a happy relationship so that’s kind of weird. Mostly I just sing about myself or other people so there’s nothing incredibly strange about it.

Every show feels surreal and I feel like that’s the only answer I can give. In general I’m always just looking forward to the next thing, so I have a hard time being like wow this moment is crazy, if it’s like an award show or a big show or something. I just love being up there in a room with my fans and giving people a good night there’s nothing like it.

What are you manifesting for the year ahead?

Big shows and a number one album! That’s all I want. 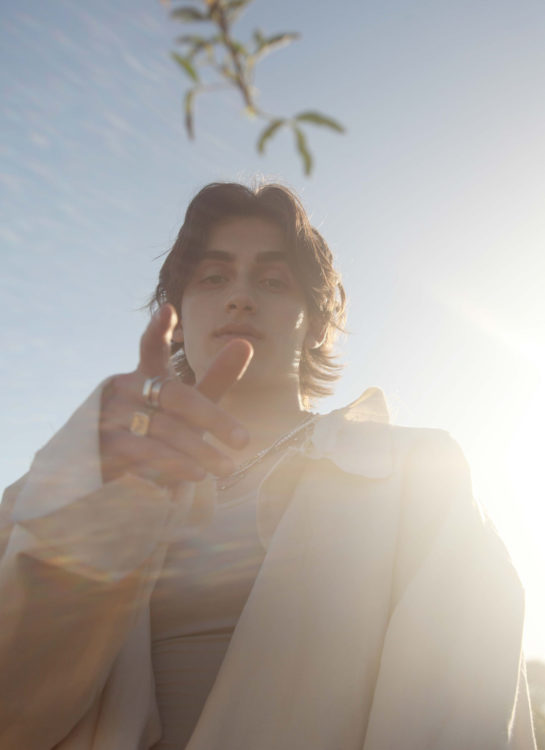 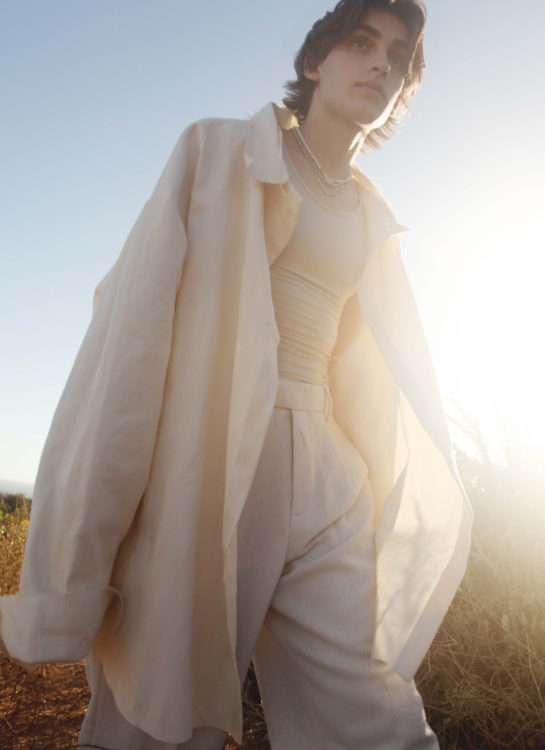