Racing onto the dance circuit in 2015 with “Fast Car”, there are few corners of the globe that the work of Jonas Blue hasn’t touched. In total, he has tallied a colossal 3.5 billion streams on Spotify, and gone Platinum 120 times, well and truly reserving Jonas Blue’s seat in the halls of the dance kings.

With radio-hogging singles “Perfect Strangers” and “Mama” under his belt, it didn’t come as too great a surprise when Jonas Blue’s debut album ‘Blue’ became a Brit Certified Breakthrough. While Blue is known for enlisting upcoming and overlooked talent onto his tracks, he also has no shortage of impressive collaborations: in 2018, the producer collaborated with Becky Hill on “Back & Forth”, and the same year teamed up with Liam Payne on “Polaroid”.

The world-straddling musician has some surprising musical roots. Fatefully, the already music-obsessed young Guy James Robin (aka Jonas Blue) won a CD of production software in a cereal box. It was all up from there, with a trip to Ibiza and his mum’s favourite song culminating in his breakthrough remix of Tracy Chapman’s folk hit.

2021 has already seen him working with AWA and LEON and Blue will soon be heading to Zack in Las Vegas to take up a DJing residency. With his latest R3HAB, Kylie Cantrall, and Ava Max collaboration “Sad Boy” dominating the airwaves, we caught up with Jonas Blue on 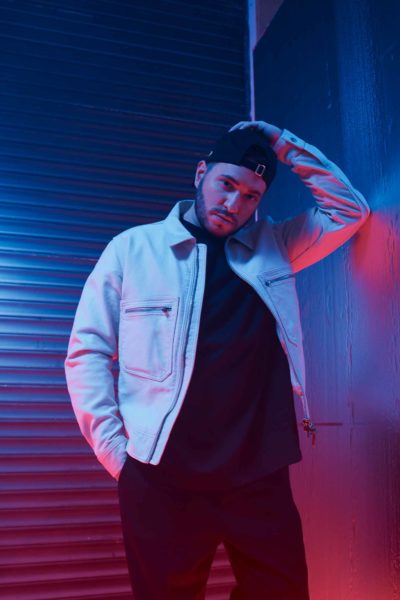 What was it like collaborating with R3HAB, Ava Max, and Kylie Cantrall on “Sad Boy”?

Been a big fan of R3HAB for a while and we’ve talked about doing a tune together, and everything aligned on this one so we jumped into it together, I worked with Ava Max on her single “My Head & My Heart” so we had some good positive history there so was nice to continue that with “Sad Boy”, and young Kylie, she’s amazing – I always love to work with new talent and to see a 16-year-old be so motivated and driven to succeed – it kinda reminded me of when I was that age, big things to come for this girl.

Was the creative process similar to that of your previous tracks?

The process was quite different as due to Covid, and people being in different locations we all worked on the song remotely, R3HAB was in Dubai, I worked on it partly in London and partly in L.A but it was still a truly collaborative process which I really enjoyed.

You’ve still had some big tracks out this year despite the pandemic. How did lockdown affect your work?

I would probably have been in L.A. more doing collaborations there and I had a Stockholm trip planned, but essentially I was able to be in the studio at home more and really spend time working on new music, so I was actually really productive in that sense and have made an album which is coming next year!

Ibiza has been an important location in your career, partly inspiring “Fast Car” and with past residencies. How has the club scene there inspired you and were you able to travel over since the pandemic hit?

Ibiza means SO much to me and it’s so much more than just the club scene, I love everything about that island, I did manage to get out there a couple of times in the last 18 months and it’s obviously very different at night especially without the clubs open but the island still has so much to offer! It will always be a source of inspiration for me for so many reasons, but of course, I can’t wait to play back out there as it truly is the spiritual home of dance music.

Are you looking forward to more of your residency at Zouk in Las Vegas?

Yeah I have played 2 of the shows already in Vegas and it was amazing. It’s the new spot on the strip – a state-of-the-art day club and nightclub. I couldn’t be happier to be working with the Zouk team as they have booked me a number of times at their club in Singapore from right at the beginning in 2016.

What first made you emphasise positivity in your music?

I think it’s always been important for me. I’ve never been someone who feels a strong connection to sad songs, I’ve always used music to uplift me and I just wanted to do that for others, to give people that emotive empowering feeling of unity and positivity through music.

“Fast Car” was one of your mum’s favourite songs. How do you keep your music personal and does it feel strange having so many know your tracks word for word?

No, it doesn’t feel strange at all. My absolute favourite thing is watching a crowd of people sing the lyrics of my songs back at me. I don’t want it to be just a personal thing, the songs are not really meant to be about my personal experiences, they’re for everyone. I write the songs with characters in mind or my fans in my and how the message of the lyrics might connect with someone in Japan as much as it would do for someone in Brazil or the UK.

You’re known for working for upcoming artists. Is there any new talent you’ve got your eye on and who you’d like to work with?

Yes for sure, I’m always excited about new acts, there’s a few that I’ve got my eye on. There’s a RnB singer in the UK called Tyler Lewis who has an amazing voice, and a band called MIYA MIYA whose songs are incredible.

Famously, you won a CD of production software in a cereal box. Do you think you would still be DJing now without this stroke of luck?

Ha! To be honest, yes I think I would have found my way to the decks one way or another. I caught the bug for DJ’ing and the culture of UK house and garage and record shops were everywhere so I was quite lucky that as a kid that was such a cultural thing!

What can we expect from your upcoming releases

I have an album coming which I’m hugely excited about. We have some collaborations and songs that are done or in progress which I think is some of my best work to date.