We chat to multi-talented creative Josie Ho about the latest step on her trailblazing path from Hong Kong to Hollywood.

Raised in both Hong Kong and Canada, singer, actor and movie producer Josie Ho is a creative not afraid to cross boundaries. One of the most influential female figures in East Asian Cinema, Ho started her own film company 852 Films after feeling a lack of innovative opportunities in her own career. Taking matter into her own hands, she decided to “produce [her] own roles”. Her long list of achievements earned her a spot on Forbes’ 20 Most Intriguing Billionaire Heiresses, and she continues to trailblaze a path of new ideas.

Latest project ‘Finding Bliss: Fire and Ice’, produced by 852 films, follows a group of musicians and music students on their travels from Hong Kong to Iceland. Tracking stories of reconnection and musical passion, through a range of mental and physical exercises the group aims to “unlock” themselves, in a journey of self-discovery – hoping to ‘find bliss’.

Asking Josie about her new film, we find out about her new project, as well as her professional journey so far, and why she chose Iceland as her latest subject. 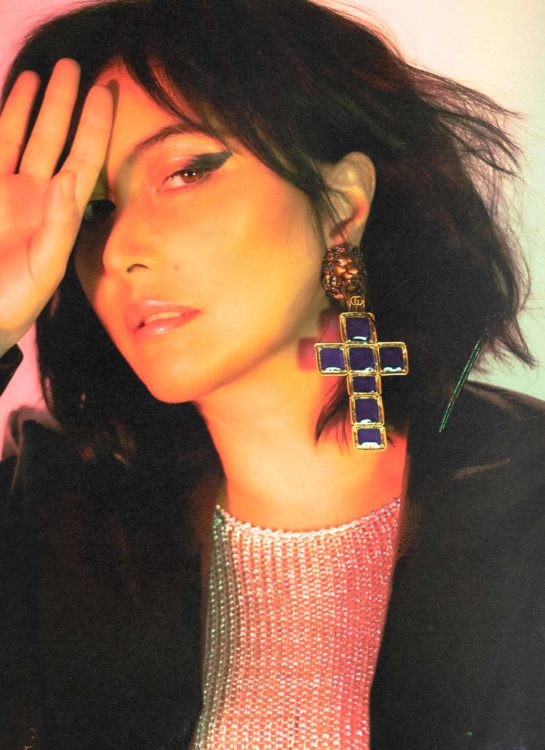 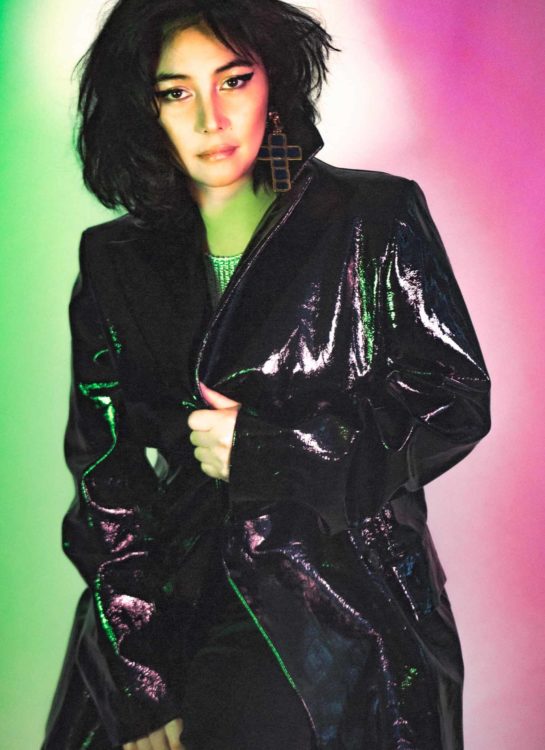 Why does it feel right to have sought so many different outlets for your creativity – music, acting, producing etc?

It’s exhausting to wear so many hats, I am a singer and actress at heart, so dealing with company logistics and managing people can be difficult. I love what I do and the freedom I’ve afforded myself to create concepts and ideas I am passionate about.

So many people are pessimistic and small minded these days, so it can be demotivating to come up against those who don’t share my vision and energy. I make an effort to surround myself with a team who inspire me, which is what makes my work so enjoyable.

I guess that’s part of my ADHD that drove me to do all of the above.  I’ve got a small, family-size company and we come from all different backgrounds, it takes a village but the variety of work is what keeps it interesting.

What motivated you to start 852 Films? What was your mission in starting the production company?

My dream is to do East-West collaborations, bringing together the best creatives from two sides of the world to exchange cultures and experiences. I want everybody to see the brilliance of the talent Hong Kong has to offer – our cast and crew are always the most flexible, efficient and passionate people. I hope to do more co-productions in the future – it was such a joy exploring the Icelandic ways of life for Finding Bliss. My mission is to bring more genius directors and crews, producers, investors, and actors to work together and create something beautiful.

How have you navigated transitioning into Hollywood films? What have been the upsides and obstacles?

I guess it’s a combination of luck, curiosity and hard work that’s helped the transition. I’m constantly searching for a good role to play anytime and anywhere I sense fun! I have an extremely diverse heritage, I’m part Dutch, German, English, Persian and Jewish in addition to Chinese, which means I don’t look like I’m from anywhere in particular. The one downside can be juggling the two. 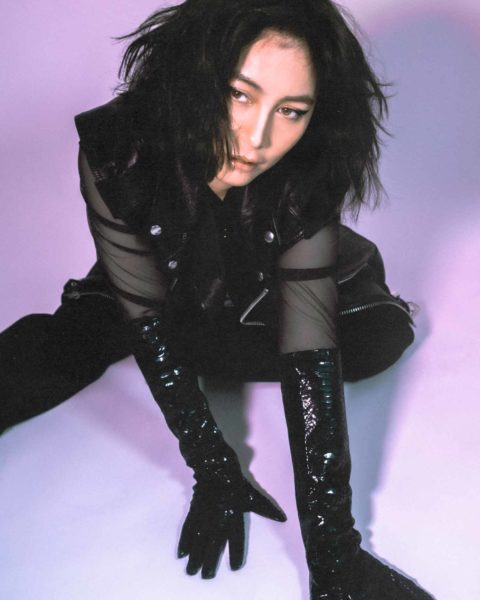 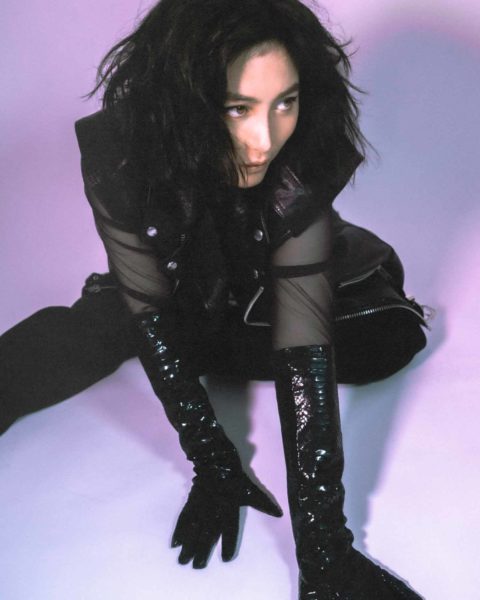 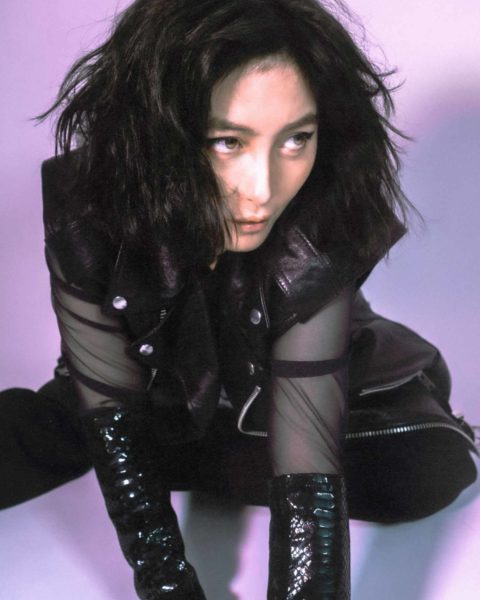 You’re working on both an action movie and a musical – what appeals to you about that genre variation?

Yes, I have two absolute dream projects coming up – Luc Besson is directing the action movie and Tony Kaye the musical.  In the musical, Tony has given me lots of ‘homework’ to do to prepare, as it is my first time in a musical role. On the other hand, with Luc, I get to show off my old hobby, high energy action sequences. I love brain storming with Luc as he is such an open minded and intelligent director, with an absolute vault of experience.

Preparing for an action movie and a physically demanding concert in September in Hong Kong is truly the best combo. Get some real core training, some dance training, singing etc – it’s a real bootcamp.

What’s an important lesson you’ve learned from your screen partners over the years?

Director Johnnie To gave me a whole new outlook beyond my basic actor’s perspective. He taught me to look beyond the role and to really think of the bigger picture – he really knocked me out of my shell.  During the filming of ‘Exile’ [which Johnnie directed], so much of the shoot was about improvisation and instinct, so it was a real game of trust between the whole cast.

I’ve learned something from everyone I’ve worked with, veteran and award-winning actors to those who are just getting started. I’ve shot over 50 films, it all comes to one conclusion – everyone has their own bag of tricks, and there is no ‘right’ way to act; it’s all about finding what works for you.   Sometimes I go to classes and workshops, I think it’s a wonderful way of learning – all the students and teachers openly discussing our skills.

Why did Iceland come to you as a documentary subject?

Iceland has a particular allure for us Hong Kong natives, it being so far flung from our culture at home. I selected Iceland for ‘Finding Bliss, Fire and Ice’, as an opportunity for a cultural exchange, and to experience the blissful location and way of life of the Icelandic people.

Why did it feel important to make this documentary a project with your full band?

It being such an exciting and once in a lifetime project for me, I was keen to share my inspiration and experience with my band mates, my teacher Jim Chim, and my director, Kim Chan. The idea of building trust and having fun with each other was so integral to the project, so working with my band who I already have chemistry with was the perfect environment. 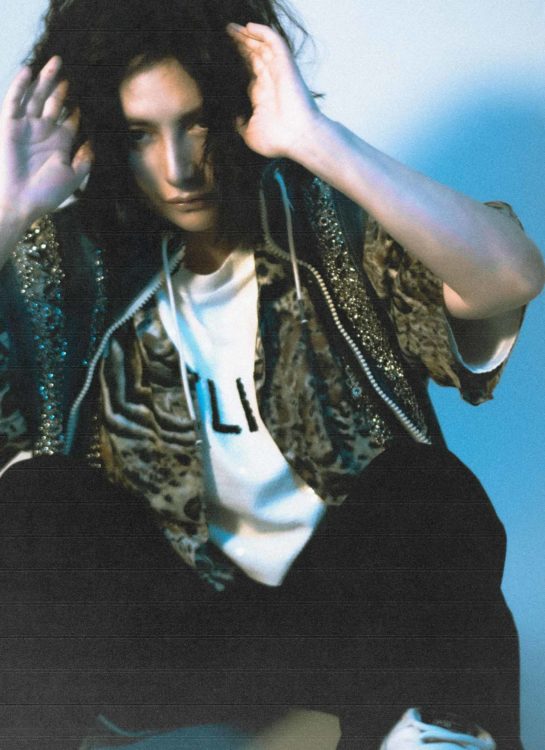 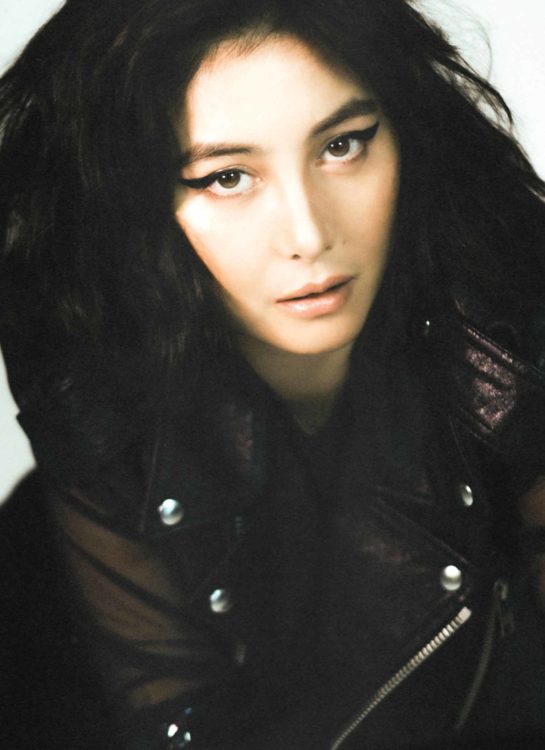 How did the pandemic and all its restriction on travelling affect how you looked at this project?

We were a very fortunate bunch.  COVID hadn’t yet started when we finished with shooting. For the reshoots we did in Hong Kong, the pandemic did affect our shooting somewhat, which is why it took so long to finish.  We are really glad that this film has survived the years!

Did you discover any surprising commonalities between Hong Kong and Icelandic cultures?

Yes, we ended up finding a lot of similarities between Hong Kong culture and Icelandic culture.   Especially when we went to Reykjavik record store “Lucky Record” – we’ve learnt that both Hong Kong musicians love the way Iceland rocks when it comes to heavy metal. The biggest finding was during our mega jam with Icelandic musicians, we decided to mesh together two songs from each of our cultures – a folk song from Iceland and an ancient song from Hong Kong.  When rearranging the songs together, we felt a real miracle happening.

The documentary focuses on being present and in key with yourself – how do you try and enact those values in your life?

I enact those values in my work, and my family.  My mission is to try and find bliss and spread more bliss to everyone around.

What does it mean to be selected for the Udine Far East Film Festival?

It meant everything to me and my band mates, our teachers, the whole production crew, and the people we met and shared cultures with.  It’s a huge feeling for all of us to be selected at Udine Far East Film Festival. We are honoured to be recognised for having created something real and special.