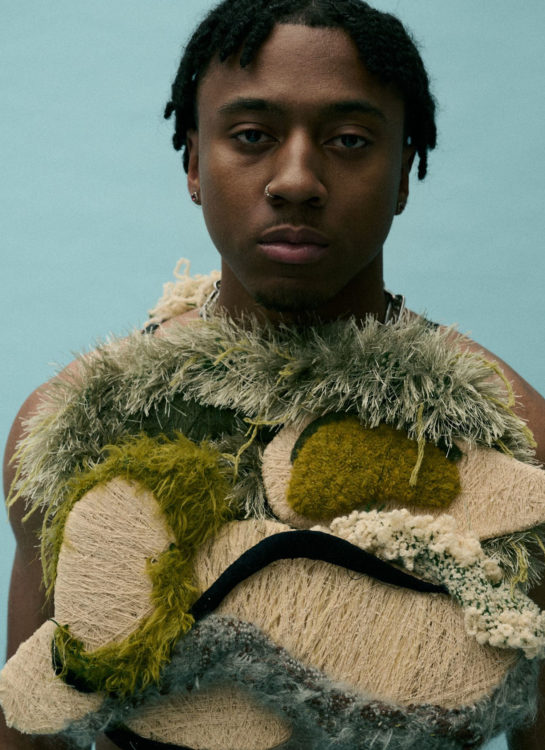 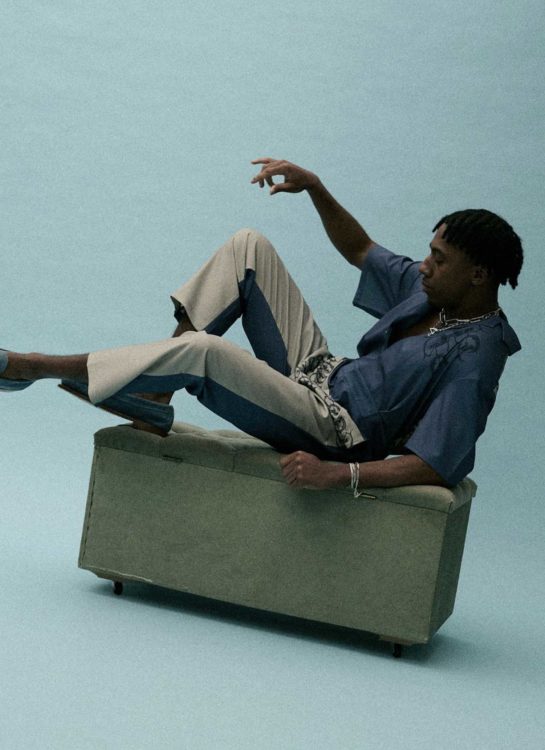 July 7’s rise is a tribute to the power of hard graft. Beginning with humble origins producing music along to beats that he had found on YouTube in his bedroom, the music world quickly took notice of his unique style, especially how it incorporated analogue sounds above electronic ones.

Soon, the Manchester riser found his way towards Mr Eazi, who signed July 7 up to his emPawa initiative, giving him the tools he needed to take his art to the next level. A trip to Spain followed, where he immersed himself in the nation’s rich music scene and racked up some impressive collaborations with top local talent.

It’s all about the pinch-me moments for July 7 – being flown out by private jet to meet his rap heroes such as T.I. Surely enough, this star has made it to the big leagues which his heroes occupy, and he’s not done yet.

With that in mind, we sat down with him to learn all about his rise to fame, his starstruck moments and where he might go next. 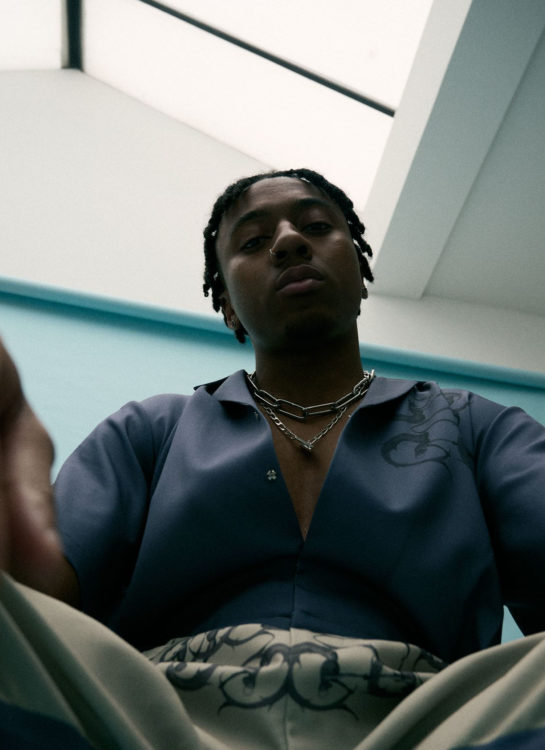 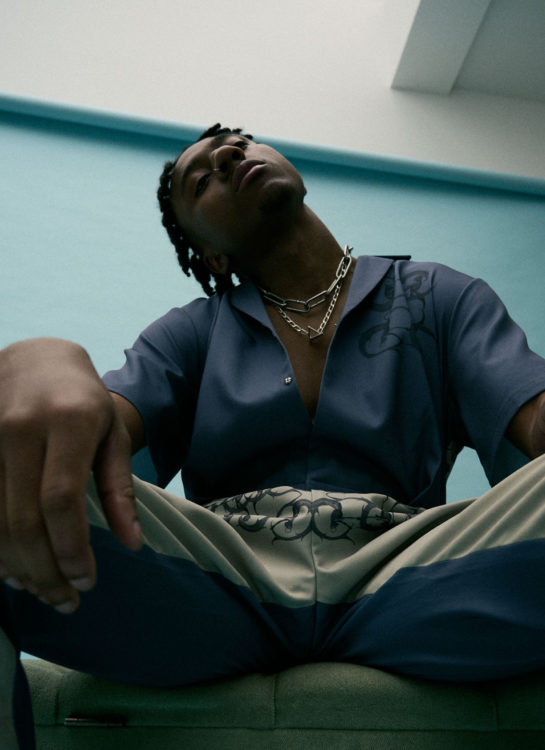 What have you learned from heroes like Pharrell and The Neptunes?

To make people feel something they can’t quite seem to explain.

Why is self-sufficiency so important to you as a value in your work?

I feel there isn’t much authenticity and organic-ness left today. I get most of my joy from creating art for no reason and for no one else but myself… In the most selfless way possible.

What do you think the benefits are of relying on analogue instrumentation over electronic work?

Being nostalgic and timeless is a part of my brand. I love using classic instruments that take you back to the early foundations of music but I enjoy making them feel so modern, you won’t hear them like that anywhere else. 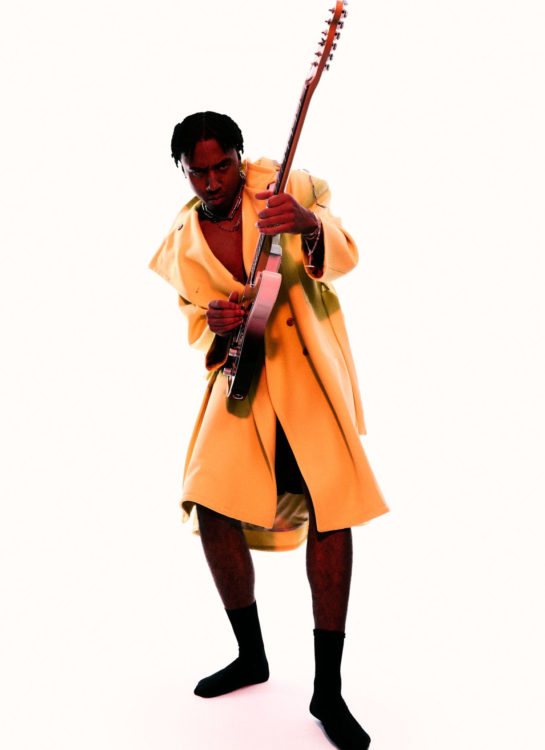 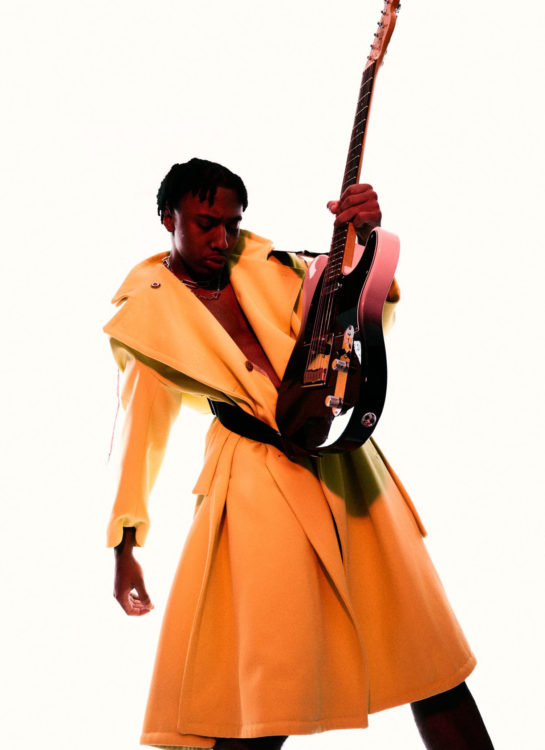 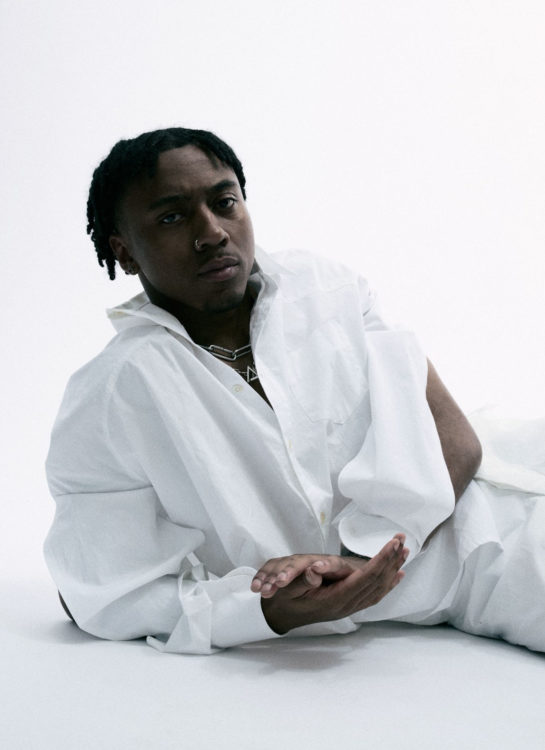 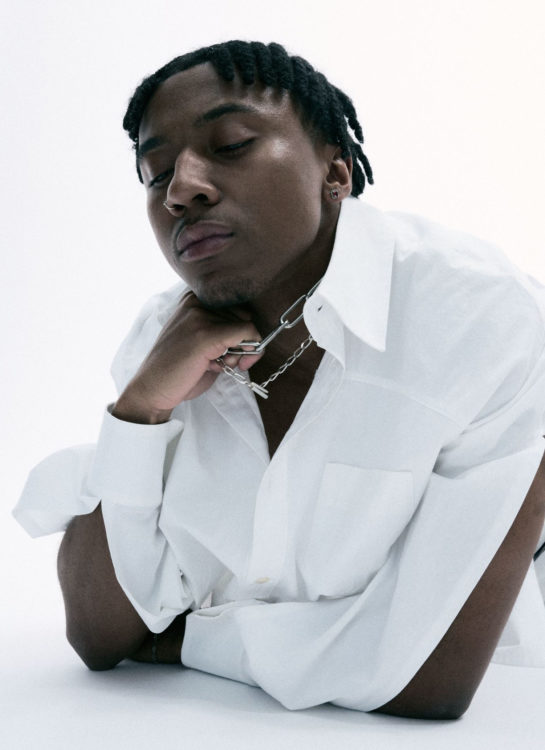 What did it mean to you to be made part of the emPawa initiative?

It was a pleasure. Being of Nigerian heritage myself it was nice to do something for my people. We also made a super bop record in Slow Motion. Shout out to Mr. Eazi.

Why did the Spanish music scene resonate so much with you?

I grew up playing Flamenco guitar. I’ve always had a latin twang to my music and travelling there made me appreciate the culture even more. I love their execution of visuals, music, and art in general. It’s very clean. I listen to a lot of Spanish music daily and I’m teaching myself to be fluent one day. 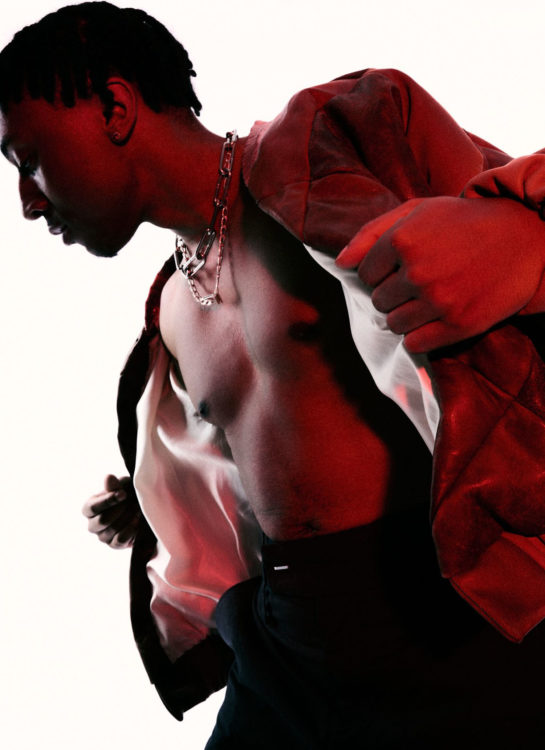 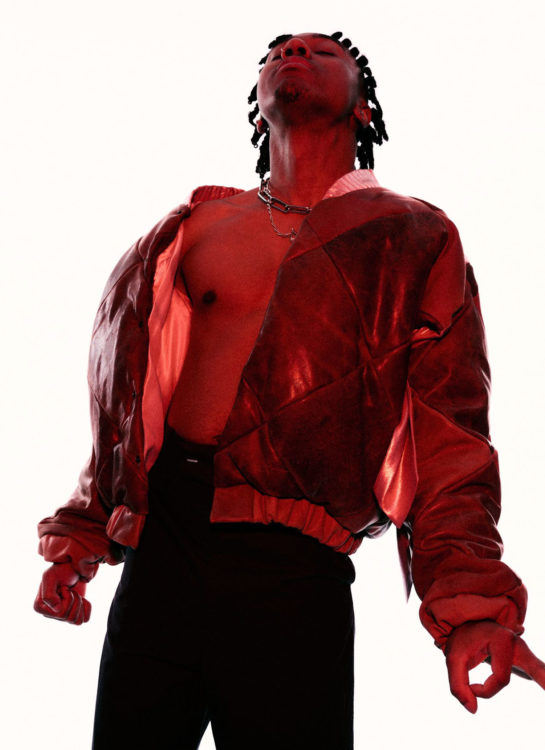 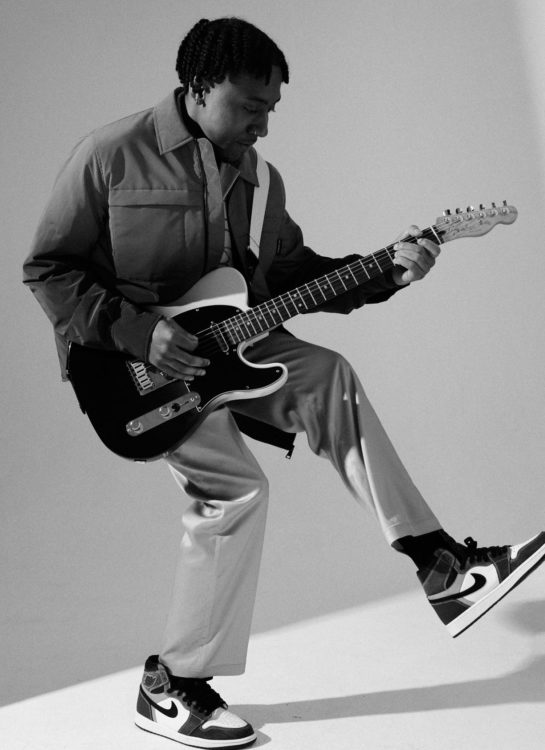 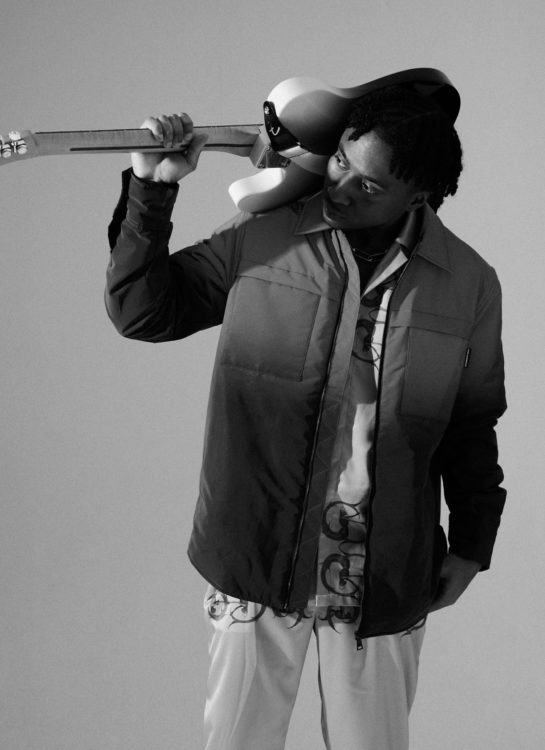 You’re working with rock and death metal sounds now – how did you arrive at those?

Guitar Hero changed my life. I’ve always appreciated Metal. The intricacies of the riffs and melodies is something I bring to my music now. You can’t beat a good riff that sticks in your head.

The people I’m meeting and the conversations I’m having and the places I’m going.

More amazing shows, more amazing music and more wins for me and the team.