In what feels like a long time coming, Notion catches up with rising star Kadeem Tyrell to discuss his latest R&B-infused project 'As Time Goes By'.

Honing his craft over the past five years and having worked with the likes of p-rallel and Omar, Battersea-born Kadeem Tyrell’s latest project was never going to disappoint. Out in its entirety on the 16th June, Kadeem’s three-year-in-the-making project “As Time Goes By” is filled with sun-drenched cuts that come just in time in summer. Not one to shy away from genre-alchemising, Kadeem deftly blends R&B, neo-soul and pop on his 11-track offering.

With themes of love and relationships making up the fabric of the album, Kadeem digs into his own emotional experiences to create his art, such as on the nostalgic and soul-filled “Do Your Thing” a track about rediscovering your worth. Similarly, on the lyrically vulnerable and romantic “I Want You”, Kadeem looked to his brother’s proposal to his childhood sweetheart for inspiration.

Not afraid to stay independent and take his time, the project vibrates with Kadeem’s ambition and free-spirited nature. Working as a Royal Mail postman alongside making music in his converted utility room-come-studio, there’s no doubt Kadeem has put in the work. With Covid offering the ideal respite to let his talent come to fruition, ‘As Time Goes By’ is an impressive testament to all his efforts.

With features from Morgan Munroe, XVR BLK and producer credits from Cay Caleb and Baker Aaron, ‘As Time Goes By’ is a shimmering explosion of nostalgic R&B sound that is bound to stand the test of time. Notion catches up with Kadeem to discuss his creative process, who inspires him and what’s next. 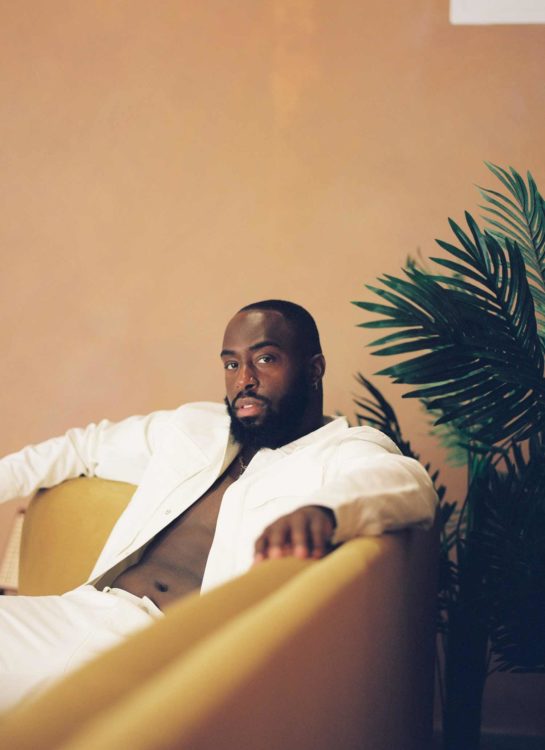 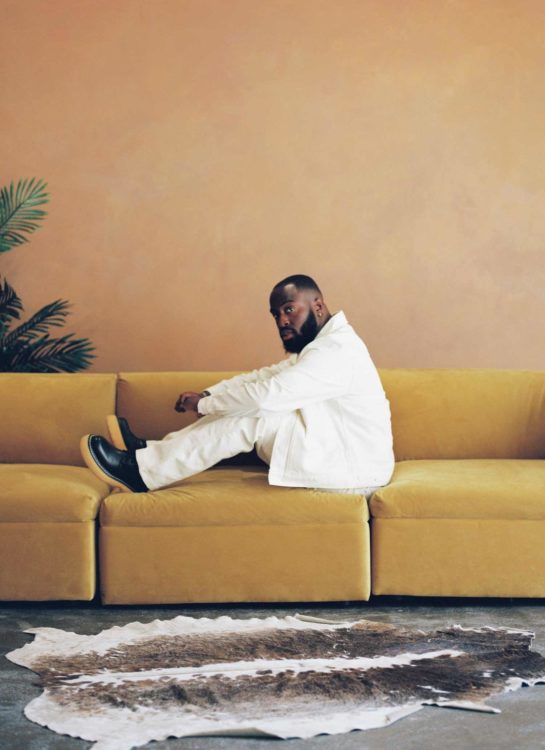 Congratulations on your project ‘As Time Goes By’! How are you feeling about its release?

Thank you!, I’m super excited about it, overwhelmed, nervous at the same time but over all very happy it’s finally out for everyone to listen to.

Can you talk us through some of the themes you touch on?

A lot of the themes are based around love but it’s actually deeper than that and over all relationships in general, I touch on marriage, cheating, being unsure, not wanting to leave someone and also having to leave someone because they ain’t good for you. Some songs are actually based on actual friendships but I wrote them in a way where it’s open for interpretation.

With some time having passed since your last project, ‘As Time Goes By’ seems like a long time coming! What’s your creative process and how did Covid affect your workflow?

The lockdown actually had played a massive part on the reason why it the whole project was able to get done to be honest, having the option to go on furlough through the pandemic allowed to solely focus on making music. I found a new part of me through that time that actually enjoyed staying inside and using the time to do the things I love and not often get time to do. I set up recording kit in my utility room and it slowly became my favourite place to be in once I made it comfortable with the right lighting and mood.

You’ve collaborated with a number of talented producers and musicians such as Omar and Baker Aaron. What qualities attract you to collaborating with someone?

When it comes to making music, my aim is just to create the best work of art that I can, so collaborating with people who really own their sound, their uniqueness and qualities that I feel can compliment my own already is what attract me to collaborating.

Anyone you would love to work with in the future?

I’m a MASSIVE, nearly a super fan of inflo and Cleo Sol! I feel like they are UK royalty when it comes to the music they make. So definitely them. 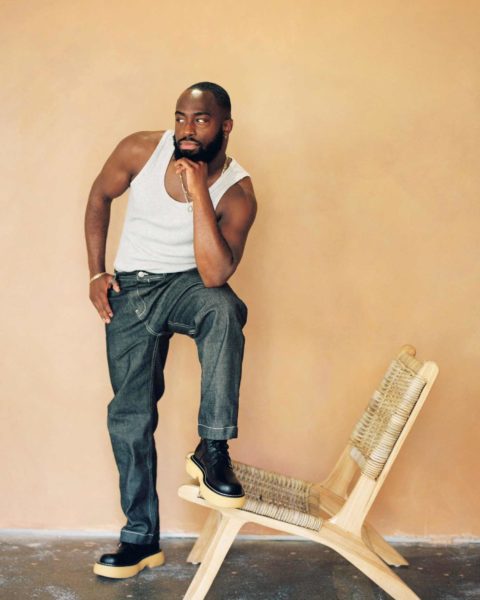 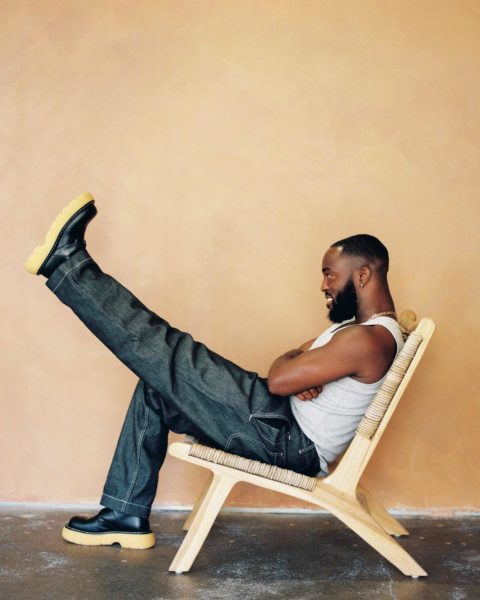 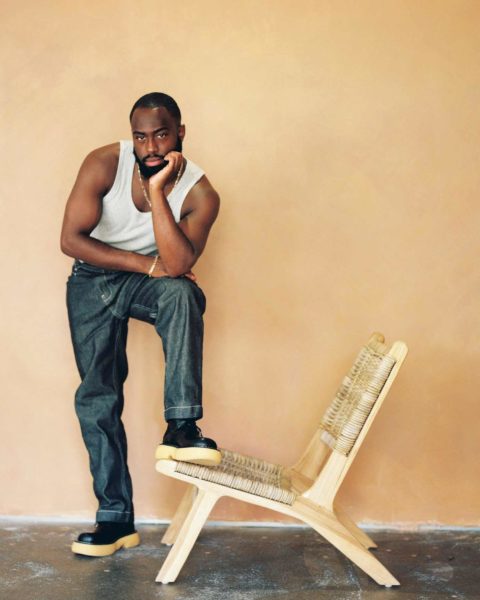 Your music harks back to the golden era of R&B, which you infuse with a modern UK twist. Who are some artists that have inspired and informed your sound?

It ranges from artists from way back all the way up to current artists of today, I’m always inspired by my peers and always put onto new music. The foundation of it all definitely comes from artists such as, Donnel Jones, Aaliyah, A Tribe Called Quest, Brandy and many more artists who were waving the R&B flag around that time.

Where is the strongest place you have found inspiration?

The strongest place I’ve found inspiration has always been at live shows, I’m forever amazed by the sound of live instruments and seeing music up close, I feel like when you’re at a live show the experience is totally different, you become part of the song, you feel it much more.

If you had to choose, do you have a track you are most excited for people to listen to and why?

I would say I’m excited about “Do Your Thing” because of the personal story behind it, I was able to write that song in minutes, it flew out as if I was speaking to someone. It’s about knowing your worth, after being afraid to leave a situation you may feel stuck in and I know it’s a track a lot of people can relate to once you know you”ll be good without a certain person in your life.

You’ve got some shows coming up this summer – paint me a picture of a live gig with Kadeem Tyrell. Do you have a favourite song to perform live?

A live show with Kadeem firstly comes with a whole run of good tracks to sing along to and vibe with. It also comes with a whole load of jokes and banter through out the show, a show that feels like a conversation is always my aim.

My favourite song to perform is ‘April 25th’ because of the feelings that run through me every single time I sing it.

What has been the most surreal moment in your career so far?

The most surreal moment in my career so far has honestly been every moment, every moment holds something special because at many points in my life I felt I was ready to give up and have no expectations to some extent so always feel super grateful for every single things that adds to my journey. However, if I had to pick one thing, it would be being part of the Foot Patrol and Puma campaign and performing for/with them, something I’ve always dreamt of doing as I love trainers.

Next for me is to create, become an even better artist and stay consistent and hoping to be able to do this full time!

If your sound was a flavour what would it be?

Listen to 'As Time Goes By' below: